Mallorca’s first record was quite recently, seen in Bunyola in November 2017

I have often said, look closer at that group of waders for something special mixed in, and to keep your eyes and ears open for something that bit different. Well, for two lucky observers, that paid off this past week.

A Snow Bunting was spotted in Felanitx and the islands third ever Red-flanked Bluetail was seen from the very hide I featured in last week’s article about Son Real. It just goes to show, as I always tell people when I am guiding, where birds are concerned, expect the unexpected, check through flocks carefully and don’t be too hasty to look at a bird too quickly, thinking it is a commoner species.

It is a great feeling when you see a new bird for your life list, and I remember the excitement each time I saw something new on Mallora. My first ever visit back in 1990 gave me fifty-two new bird species for my list, and each one had the same magical feel. Finding the islands first Semi-collard Flycatcher another year was an exceptional feeling, and again, this was from checking through the birds feeding around the Olive trees at the base of the Boquer Valley, again, just in case.

The Red-flanked bluetail (Tarsiger cyanurus), also known as the Orange-flanked Bush-Robin, is a small passerine bird, formerly classed as a member of the thrush family Turdidae. Now, it is more generally considered to be an Old-World flycatcher and often referred to as a ‘Chat’. Being migratory, they breed in mixed coniferous forest with good undergrowth in northern Asia and north-eastern Europe (from Finland across to Siberia).

Mallorca’s first record was quite recently, seen in Bunyola in November 2017. The next one was found in the north at the La Gola wetland area in Puerto Pollensa. Again, this was a November sighting, this time in 2018. It seems November is a key time for seeing this species if it turns up as the third record was from last week, this time from the very hide that I featured in Son Real in last week’s article.

Their shape and build resemble that of a Robin, and I wonder if therefore this species has been overlooked in the past? With a weight of 10-18g and a length of 13-14cm they are similar in weight to a Common Redstart (and slightly smaller than a Robin). As its name implies, it has a blue tail and rump (in both sexes), and they also have a white throat and greyish-white underparts, and a small, thin black bill and slender black legs. Adult males have the dark blue upperparts, with females and immature males being a plain brown above (apart from the blue rump and tail).

They flick their tails in a similar action to the redstarts and regularly fly from a perch to catch airborne insects as well as feeding on insects on the ground. The genus name comes from the Greek word ‘tarsus’ meaning ‘the flat of the foot’, and the Latin word ‘gerere’ meaning ‘to carry’. The species name also comes from two Greek words - ‘kaunos’ means ‘dark blue’ and ‘ouros’ means ‘tail’. So, the morel of the update, always check those Redstarts and Robins more carefully, you just never know. 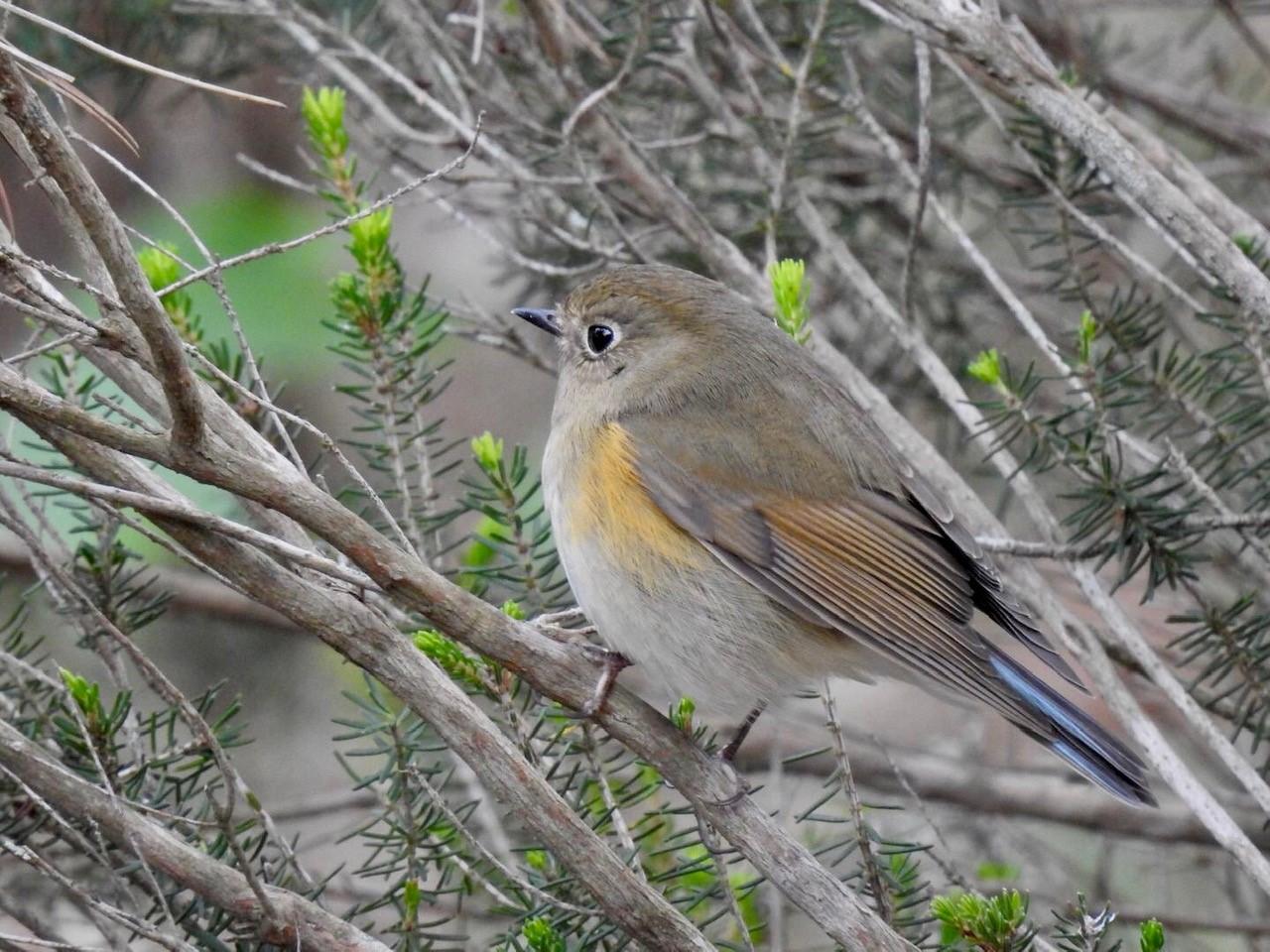 The great birding continued, this time from Felanitx in the south where a fine Snow Bunting was observed. A rare vagrant on Majorca, it has previously been recorded at Cuber Reservoir. The Snow Bunting (Plectrophenax nivalis) is a passerine bird in the family Calcariidae. It is an Arctic specialist, with a circumpolar Arctic breeding range throughout the northern hemisphere. It is the most northerly recorded passerine in the world. They are a ground dwelling species that walks, runs and occasionally jumps if needed. They measure 15cm with a wingspan of 32-38cm and a weight of 30-40g, so quite large and long-winged for a bunting. They are quite distinctive and tend to stand out from the crowd (or if alone). The bill is yellow with a black tip at this time of the year, with fine, white underparts with the wings and back having black on them. The male has a different plumage to that of the female.

They eat a variety of weeds and seeds, from Knotweed, Ragweed, Goosefoot, Aster and even grass seeds. They can be seen foraging in the snow collecting seeds from the lower stems. They can be quite confiding too; I have seen them in Norfolk in the UK for example down to within five feet of me. Insects such as Spiders and even Wasps and Butterflies will also form their diet, especially in the summer (although they have only been recorded here as a winter species). Either way, it is still a lovely bird to see and will certainly add an unexpected surprise to any birdwatcher’s day list. I regularly get asked if it is worth visiting Majorca in the winter for the birdlife and I always say a definite yes. And when there is always the chance of something out of the ordinary turning up, then it is certainly worth that visit. Besides the snow-capped mountains are worth seeing anyway.

Now, have you ever wondered what that continual call is from the insects you tend to never see? Well, these are Cicadas, a shy, cryptic insect that can be very difficult to see, almost hidden out of view, yet reminding us of their presence day and night with their calls. Some people find the onstant calls annoying, but for others it is just a background noise. Telling precisely where the call is coming from is difficult as they sing in scattered groups and the sound is continuous to the human ear. 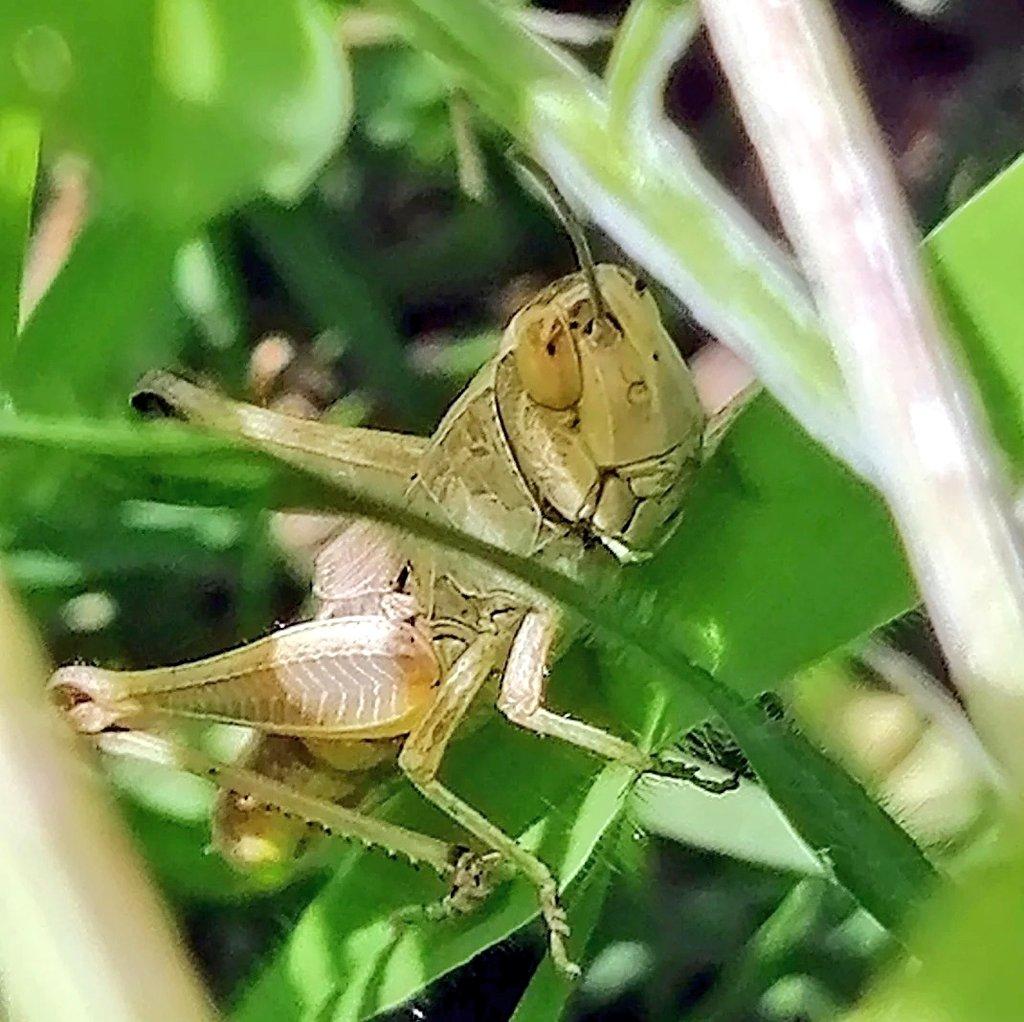 They are found in a sub-order that also contains Leafhoppers and Grasshoppers (the species we tend to see more easily amongst the grasses and vegetation). Cicadas have prominent eyes, set wide apart, membranous front wings and short antennae. That exceptionally loud (if not annoying) song is produced by the buckling and unbuckling of the drumline tymbals (corrugated exo-skeletal structures used to produce sounds in insects).

We tend to think they are amongst the grasses (where they will spend a lot of time), but they typically live in trees where they feed on the watery sap from the xylem tissue. Here they will lay their eggs in a slit in the bark. Oaks, Cypress, Willow, Ash and Maple are the favoured trees.

The adult insect (known as an imago), is 1-2 inches long. They have prominent compound eyes set wide apart on the sides of the head and short antennae that protrude between the eyes. They have three small ocelli (single lens) located on the top of the head in a triangle, and the thorax has three segments which houses their powerful wing muscles. Two pairs of membranous wings can be either cloudy or pigmented.

The majority are active during the day as adults, with some calling at dawn or dusk. They have been featured in literature since the time of Homer’s ‘Iliad’. Despite their great camouflage, and constant singing, they are in fact feeble jumpers, with the nymphs not being able to jump at all, which can leave them quite vulnerable.

Commonly eaten by birds such as the Hoopoe, they also fall prey to Bats (of which Majorca has twenty-five species), Wasps, Spiders, and even various Fish, amphibians, reptiles and even mammals. Newly hatched nymphs are particularly favoured by Ants whereas those nymphs living underground are preyed upon by burrowing mammals.