My dear friend Max (hello Max!) has always tried to claim the invention of Stand Up Paddle. Around a decade ago, she found a tatty discarded windsurf board and paddled it around with a canoe oar. It was an unmitigated success. On the brink of prototyping, Max was dismayed to discover that SUP was actually already a thing - she was about three centuries too late.

If one defines Stand Up Paddle as using a long paddle to propel a surf-board-style object whilst in an upright position, then humans have been doing this for thousands of years. Ancient African and South American cultures have long used stick-propelled craft for fishing, travelling, and quietly ambushing the enemy. Meanwhile, Peruvian fishermen used caballitos de totora (little reed horses) for almost 3,000 years and, after they’d put in a day’s work, would surf the waves for a spot of light entertainment. You could say these chaps invented surfing, as well as paddle surf.

As with most things surf, the Hawaiians have also had a big hand in it. Captain James Cook was said to be the first European to witness Hawaiians stand-up surfing in 1778. The boards were so big, up to five metres, that a paddle was used to control them. Modern SUP has Hawaiian roots too, with famous 1940s Waikiki surf instructors standing to get a better view of their students, before propelling themselves back to shore with paddles. And then, in the early 2000s, professional big-wave surfers Laird Hamilton and Dave Kalama helped stage a SUP revival and sent it mainstream.

Regardless of who should take the credit for its invention, by the late 2000s, SUP was one of the fastest-growing sports in the world. And, in May 2012, Max, myself and a couple of others had our first go.

At the time, SUP was rather uncommon in Mallorca and therefore exceptionally ‘cool’. We were SUP pioneers. People exclaimed, “gosh it looks so difficult, I couldn’t possibly try that, you must be very talented - and brave”. We did nothing to dispel these myths. But, truth be told, we weren’t so good at it. Those first few hours were spent 40% on the board and 60% inhaling seawater. 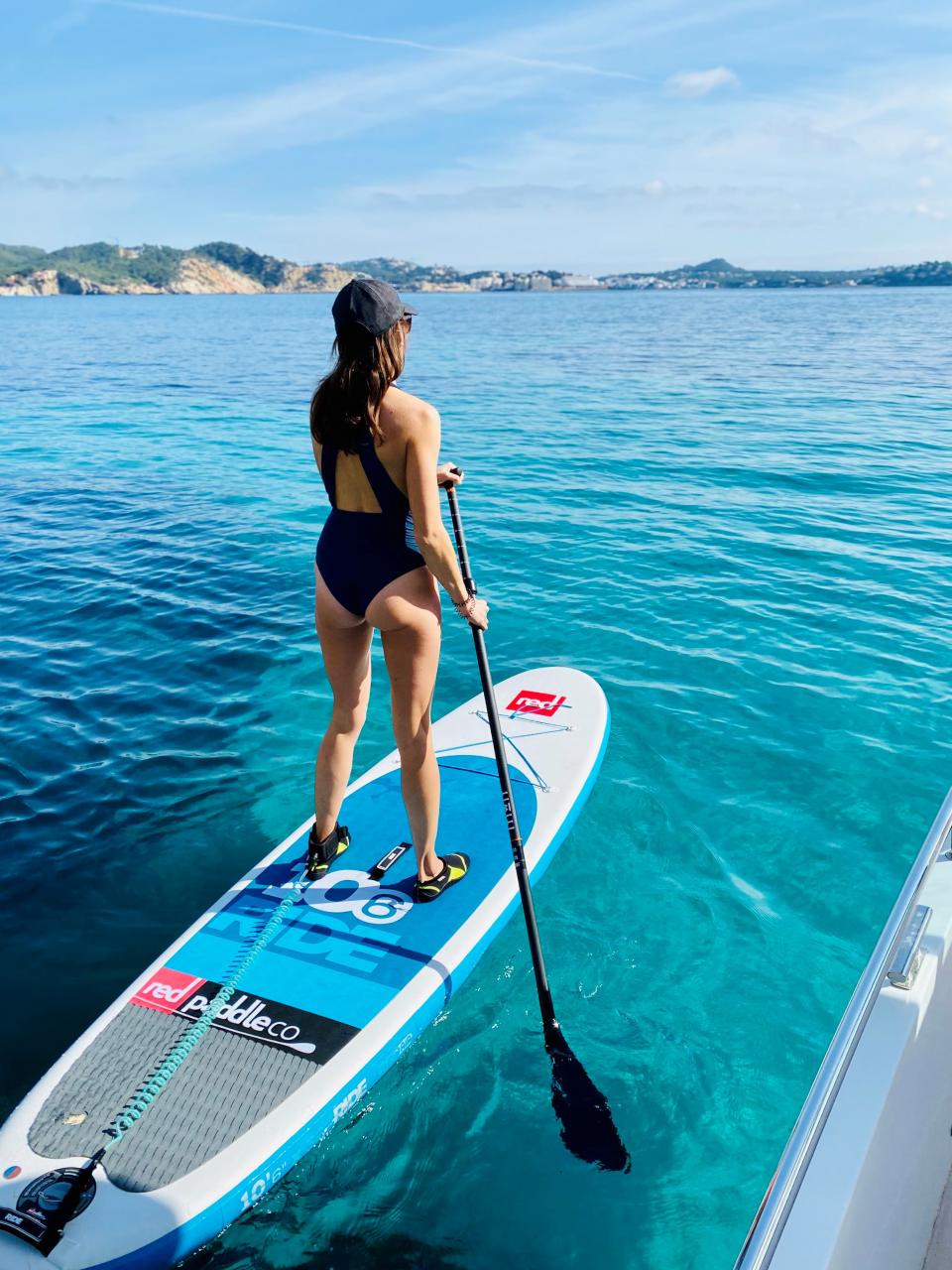 Our legs were shaking uncontrollably, Elvis-style, which was odd given the fact that we regularly stood up on dry land without too much of an issue. In the end, we had to take some tips from an expert: position yourself in the middle of the board, make the transition from kneeling to standing whilst the SUP has forward momentum, put some give in your knees, and paddle with the blade all the way under the surface remaining close to the board. Gradually, SUP became uncomplicated and effortless - we’d mastered it.

Next year will therefore mark a decade of SUPing - and what a ten years it’s been.
In practical terms, we’ve witnessed the switchover from heavy unwieldy fibreglass boards with one-piece paddles to lightweight go-anywhere inflatable boards with three-piece carbon-fibre paddles. We’ve also watched prices tumble. In 2016, I acquired my own Red Paddle Co inflatable at not-insignificant expense. Today, you could grab an own-brand for a third of the price at Decathlon.

In adventure terms, we’ve had a blast. We’ve paddled through blooms of jellyfish, terrified in case we should fall in; we’ve paddled in the winter, where the air and sea temperature was 14 degrees apiece; we’ve stopped for half-time drinks at a beach bar and watched a humdinger of a storm roll in, leaving us with no option but to paddle home half-cut in torrential rain; and we’ve even watched courageous Dan propose to gorgeous Georgie mid-ocean.

SUP has afforded me great freedom, fun and, to a certain extent, fitness - cheers to the next decade afloat.