For those who are sweet tooth, your visit to Majorca will be very exciting, because the Majorcans are also sweet tooth. You will find cakes that will take you with cobweb wings (as Cole Porter once said in a different context) to paradise and will leave you there for the duration, and sometimes a little more.

Thus, for 327 years, Arab culinary flavors (which included a worship of everything sweetened with honey) took root in Majorcan cuisine. And today, 790 years later, there are reminders of that Arab influence even in salty dishes.

But today the sweet side of Majorcan cuisine inherited from the Arab domination of 790 years ago is more evident in restaurant desserts and in patisseries that you will find in cities and towns across the island.

And it is in the restaurants specialised in Mallorcan cuisine where you will find the best native dessert on the island. It's a very simple type of cheesecake, but like I've never seen it before. It will be on the menu as greixonera de brossat.

The basis of all of them is a fresh Majorcan cheese similar to cottage cheese called brossat.

A Majorcan cheesecake is not baked in a round metal cake pan, but in a clay pot called greixonera, a Majorcan word.

Majorcan cheesecake is easy to make at home and the best way to show how it differs from the concept of cheesecake as you know it, is to give the recipe. You will need: 500grs requesón or English cottage cheese, 300grs sugar, 4 large eggs, 250mls milk, 300grs madeleine cakes or spongecake, grated rind one large lemon and 1-2 tsps ground cinnamon (or to taste).

In a big bowl mix the brossat, sugar, eggs, cinnamon, lemon rind and then stir in the milk. Break up the madeleine cakes with your fingers until they are reduced to crumbs and add them to the mixture. Stir with a wooden spoon or fork until all the ingredients are well blended.

Butter a Mallorquín greixonera of 18-22cms wide and five centimetres deep and pour in the mixture. Bake in a medium oven until the top is of a nice brownish colour. This will take about an hour. Serve at room temperature.

This cheesecake rises a little while being baked but falls when taken from the oven. The top may crack slightly but this is no need for concern. In recipes like this it is impossible to give exact baking times and the cheesecake could easily take a bit more than an hour. I once did this recipe using 50 per cent more of the ingredient and I had to bake it for just over two hours in a medium oven. It was still superb. 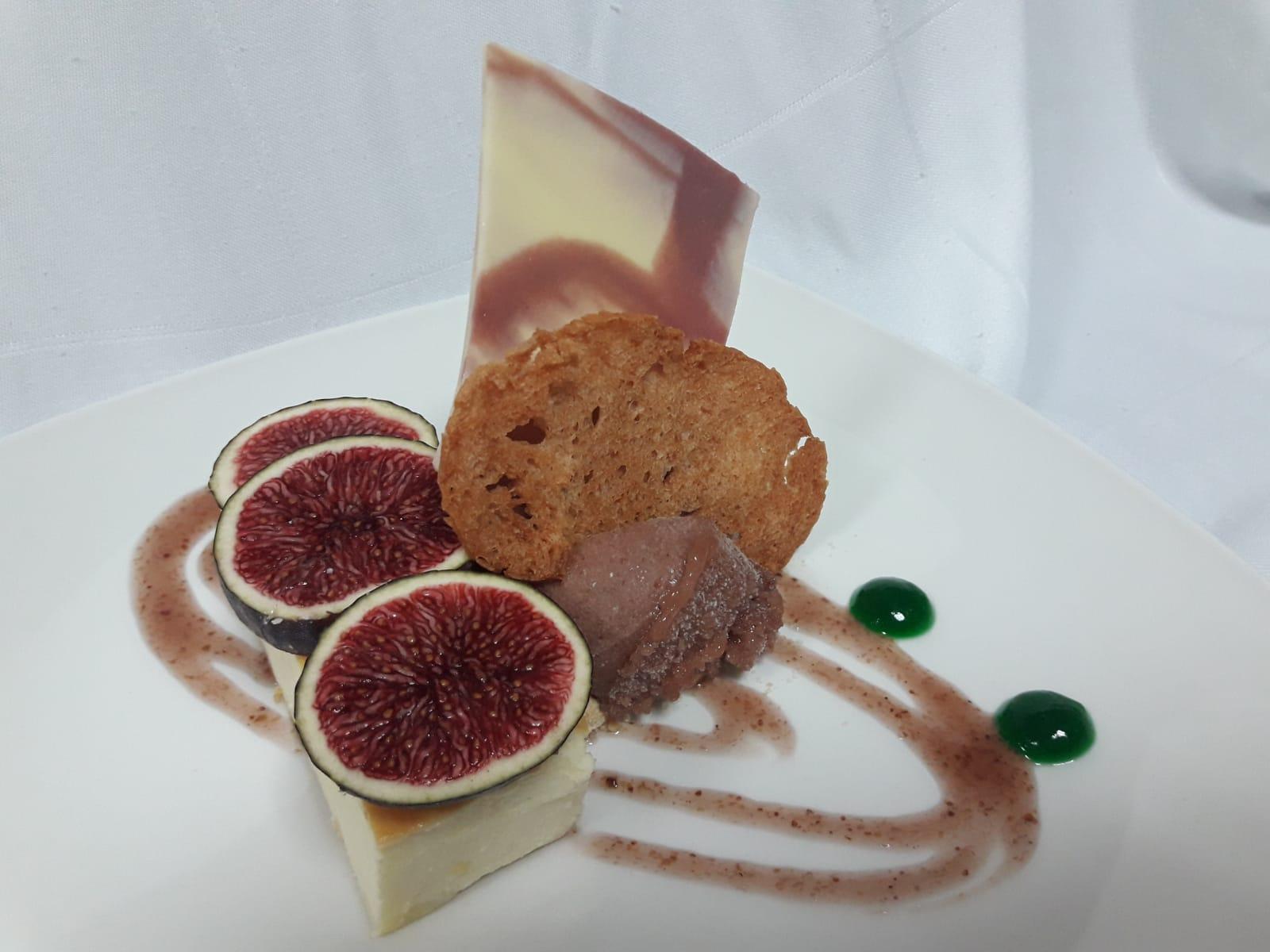 A good Majorcan greixonera de brossat should have a moist texture with pronounced flavours and the right degree of sweetness.

The ’celler’ restaurants also do good greixoneras de brossat. I order it when eating at any of the inland towns and villages and I always get a decent version, which is what you’d expect.

You will also come across a dessert sometimes called ‘budin’ or ‘pudin’ or ‘pudding’. It was invented as a means of using up leftover madeleine cakes or ensaimadas. They are broken up into small pieces and cooked in milk to which beaten eggs are added. Grated lemon rind and powdered cinnamon are added and the mixture is poured into a rectangular mould whose base is covered with liquid caramel. When cold it is cut into slices. 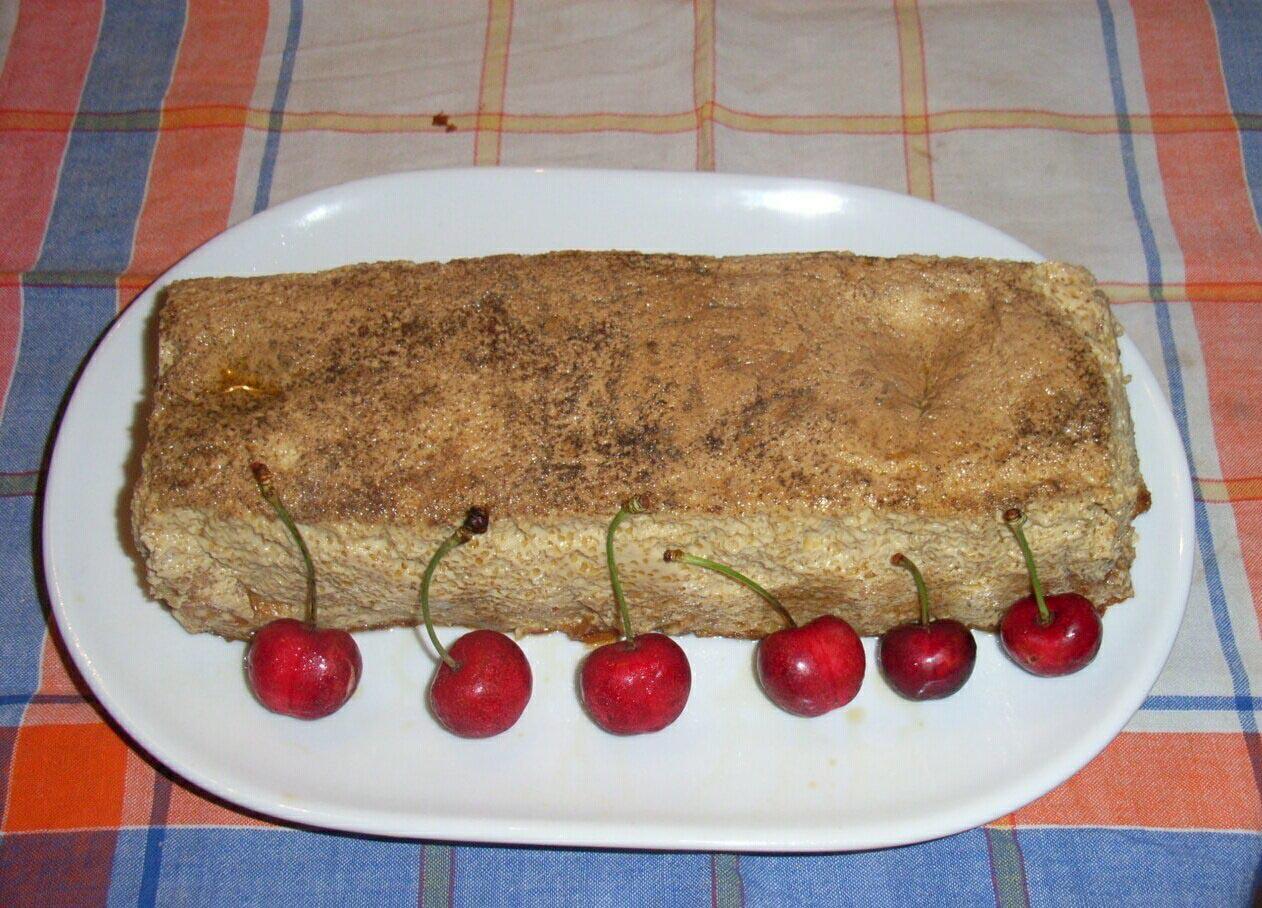 Another favourite dessert is gató con gelat. Gató is a moist spongecake with a coarse texture that comes from ground almonds. Majorcans often have it at home with a cup of coffee or a glass of sweet wine, but in restaurants it is served as a dessert with ice cream (usually almond). A memorable dessert when the ‘gató’ and the almond ice cream are made on the premises — but not so good when they are bought in.

The ensaimada is regarded as one of the island's wonders; it has geographic identification protection. For breakfast, with afternoon coffee, as a dessert, the ensaimada is highly versatile. As well as ice-cream, hot chocolate is often an accompaniment, especially in the winter. There is now an ensaimada "world championship". This takes place to coincide with Balearics Day on the first of March; a bakery in Buger was this year's champion. 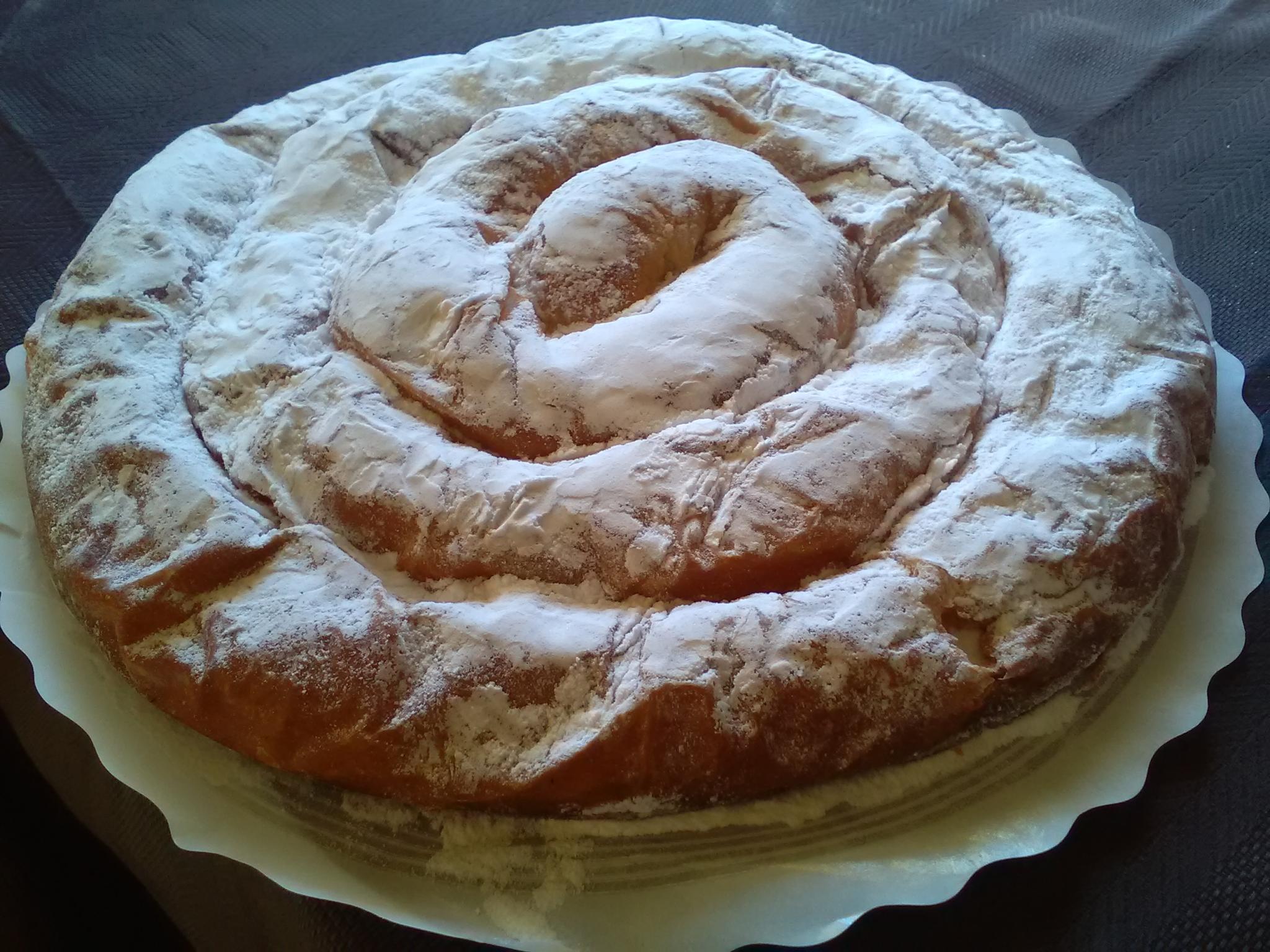 Rubiols are pastries which date back to mediaeval times. Their fillings vary; every household can seem to have a different recipe. Angel hair and vanilla cream are typical fillings, to which Moscatel fortified wine and aniseed can sometimes be added. 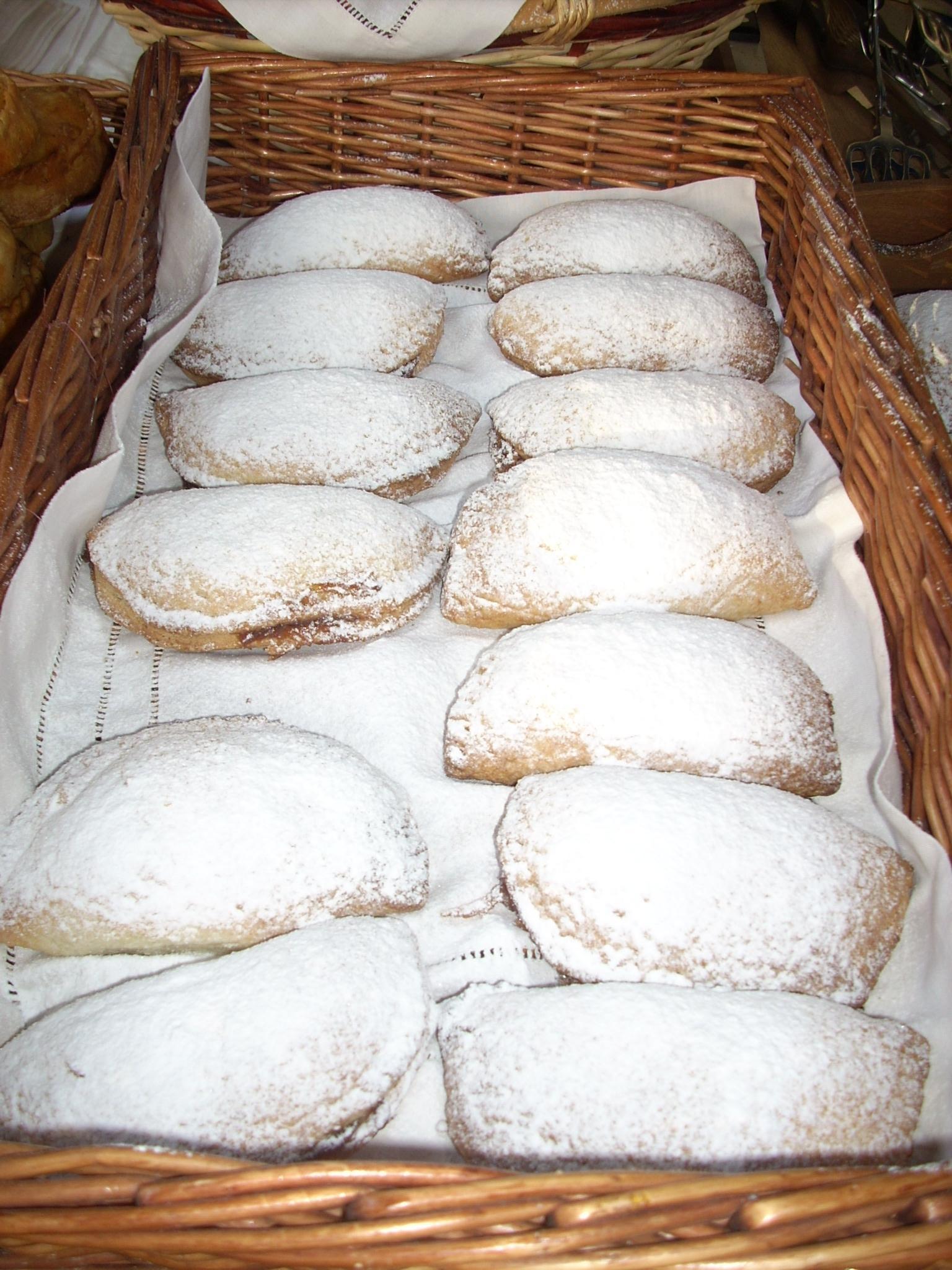 Many of the island’s pastry shops have tables and chairs and a coffee maker so they can sell their wares on the premises.

This is a blessing for visitors with a sweet tooth because it is a convenient way of trying island pastries and cakes. An interlude in a pastry shop for a coffee and something sweet is a nice way of taking a rest when you’ve been walking around.

There are hundreds of pastry shops all over Majorca and those who do their own baking (in other words, they don’t buy in from factories) are always worth trying.