The Andratx fair ends the first weekend. It is very traditional, as is Calvia, which has a particular emphasis on sheep and goats. The Calvia fair is normally the second weekend, but Easter 2020 may require some rescheduling.

The same alteration of the calendar can be applied to the nautical show of Puerto Alcudia and to the sipia (sepia) gastronomy fair. Now established as one of Majorca's main fairs, there is an extensive market for artisanal food, as well as sepia tapas and boats. Other fairs that probably need to move are the day of organic farming in Porreres and the livestock and livestock fair of Santa Eugenia. Easter determines when Santa Margalida has its spring fair - it is always the weekend before Easter, and so the fourth and fifth of April - while Muro's spring fair is the weekend after Easter. It should have been in 2019, but was put back a week because of one of Spain's numerous general elections. The town hall was concerned that it wouldn't have adequate police if the fair and election coincided.

Porto Cristo has a weekend known as Portes Obertes, which is similar to Puerto Alcudia's in that there is a mix of boat show and gastronomy. The fair offers opportunities for boat trips and activities such as stand-up paddle. Its timing in 2020 may well depend on when the Puerto Alcudia fair is held.

In Colonia Sant Jordi, the theme of the April fair is salt. Colonia is in Ses Salines, which takes its name from the salt lakes. Way back in prehistoric times, the salt was being farmed. Other fairs towards the end of the month include those in Sant Joan and Santa Maria del Cami. The Pollença Wine Fair, with some forty or so island bodegas, is at the Sant Domingo Cloister in Pollença on 25 and 26 April. St. George's Day (Sant Jordi). The figure of St. George, Sant Jordi, looms large in Catalan history. The celebration in Majorca on the 23rd owes much to a version of the legend of the slaying of the dragon. A rose bush grew where the dragon's blood was spilled, and so the day of Sant Jordi, according to tradition, is when young men give their sweethearts a rose. By chance, the 23rd of April 1616 was when William Shakespeare died and Miquel Cervantes was buried (the author of "Don Quixote" having died the day before). This coincidence was to eventually lead to a marketing scheme for promoting books. Sweethearts are supposedly meant to reciprocate by giving their suitors a book, but the day is also one for book fairs.

Holy Week will start with the processions on Palm Sunday, the fifth. There are processions all over Majorca and the Balearics, the most moving being those for the Last Supper on Holy Thursday and for the descent from the cross on Good Friday. The "davallament" is one of the most special occasions of the year. Whether religious or not, one cannot help but be affected by the enactments of the crucifixion and descent. Palma, Felanitx and Pollença provide perhaps the most emotive of these representations. Also in Palma on Good Friday, a theatre group performs the "Via Crucis", which is based on a work by Majorcan author Llorenç Moyà. It is staged at midday on the steps of the Cathedral.

There is a huge Easter funfair in Palma. The Fira del Ram runs for several weeks up to and including Easter. The Sunday after Easter is Angel Sunday. It also a day for some "pancaritats". These are pilgrimages/picnics, the name of which means bread and charity and comes from an old tradition of distributing bread to the poor. The biggest of these pancaritats is the Angel Sunday party at Bellver Castle in Palma. Human towers, folk dances, equestrian skills; these are just some of the attractions at the castle. Most of the pancaritats are earlier in the week, especially the Tuesday after Easter. Palma Boat Show. The 37th Palma International Boat Show will start on 29 April in 2020 and run till the third of May. The boat show has become established as one of the premier events of its kind in the Mediterranean. Over 600 boats are on show as are 100 or more superyachts. This is a major event for the Balearics and one which, as well as the boats, showcases what is a highly dynamic nautical industry. Mallorca 312. This cycling trial attracts some 8,000 riders. It takes place in 2020 on April 25. The registrations sold out within thirteen hours, so be prepared if you want to register for 2021! The event confirms the enormous popularity that Majorca enjoys as a cycling destination. May Day fairs - Costitx is in flower with its flower fair; Estellencs has a cheese and wine fair; Ses Salines has a fair "show", and Búger - on or around May Day - has the Fira des Jai. The "jai" refers to an old man (or grandfather). A highly traditional fair, it harks back to days when grandparents would go to the big fairs in Inca or Sineu and return with presents for the grandchildren, typically shoes. The figure of the Jai now dispenses other gifts, like sweets. Campanet, Campos, Felanitx and Lloret de Vistalegre all have May fairs over the second weekend of the month. The Campos fair is notable for its Friesian cow competition and dairy market. The Sineu fair on the first Sunday of the month is 700 years old, while Inca - its rival in claiming Majorca's oldest fair - has revived what used to be its spring version of the celebrated Dijous Bo in November. On the second Thursday of the month, it is Dijous Gros (Big Thursday). Other fairs, later in the month, are Binissalem's Fira de la Pedra, dedicated to stone craft and especially to the type of marble that is found in the area; Biniali's traditional games fair, which features the likes of the "baldufa" spinning top; Manacor's spring fairs, which extend into June, and a highlight of which is a series of dances on the streets by the cossier folk dancers; Lloseta's boots and shoes fair - Lloseta is a traditional centre of handcrafted shoemaking; Algaida's artisan fair; and Can Picafort's calamari gastronomy fair and nautical activities.

Soller's fair is the lead-up to the Moors and Christians battle of Es Firó; and Palma has Majorca's biggest book fair - it lasts a couple of weeks and is on the Passeig Born in the heart of Palma's high-class and principal shopping area.

They don't call it a fair as such, as Capdepera has a mediaeval market, a title which doesn't do full justice to what is an astonishing weekend of events both in the mediaeval castle and in the nearby squares. The village takes on an atmosphere of mediaeval times. Characters from the Middle Ages - Vikings, barbarians and others - wander the streets. There are jugglers, there is music, and there is - naturally enough - fire. The popularity of the event is such that special buses are laid on between the local resorts, e.g. Cala Rajada, and Capdepera. The "market" is normally on the third weekend of the month. The festa de la Mare de Déu de Maig - Our Lady of May - in Alaró is towards the end of the month. The village's cossier dancers perform for a fiesta which recalls the legendary deeds of Guillem Cabrit and Guillem Bassa. They suffered an appalling end at the hands of Alfons III of Aragon in 1286: roasted alive over a fire. They had been part of the resistance to Alfons and had taken refuge in Alaró Castle. Even by the standards of the late thirteenth century, there was outrage at Alfons' treatment of Cabrit and Bassa. Pope Nicholas IV excommunicated him for the barbarity. Circaire is an amazing weekend of street circus in Alcúdia at the start of May. Contemporary and innovative circus acts (no animals) from the islands but mostly from elsewhere perform in different locations in the old town. The great majority of these performances are free.

Beer Palma, with local craft beers and international brands, is a beer festival that starts at the end of April and runs into the first week of May. It is held in the city's Parc de la Mar - park of the sea - by the Cathedral. Wine Days Mallorca is a week-long event organised by the Binissalem DO (designation of origin) regulatory council. It usually starts with a special event in Palma and then takes in bodegas and locations in the municipalities which comprise the DO - Binissalem, Consell, Santa Eugènia, Santa Maria and Sencelles. As well as wine, there is gastronomy, art and music.

The Deia International Music Festival runs from May until September. There are regular classical concerts on Thursdays at the Son Marroig estate. A striking location overlooking the sea, below the estate is the sa Foradada rock formation with a hole in it. By contrast to Deia, the music at Magaluf's Mallorca Live Festival ranges from indie to club. Headlining acts since the festival started in 2016 have included Primal Scream and The Prodigy. The location for the two-day event is the one-time Aquapark; in 2020 it will be on May 15 and 16. Ironman 70.3 Alcúdia-Mallorca. The biggest triathlon in the Balearics and in the world and will take place in 2020 on the ninth of May. An established event in Alcúdia, it attracts over 3,000 athletes - amateur and professional. The swimming leg is in Alcúdia Bay, and the cycling leg takes the athletes up into the Tramuntana Mountains. This is followed by the running circuit along the bay. 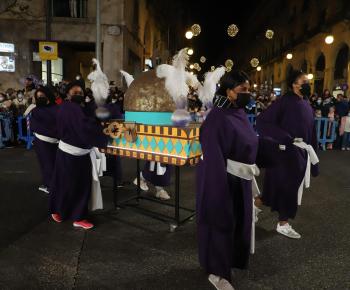 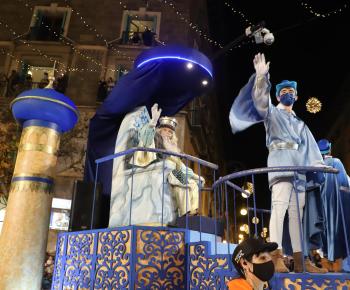 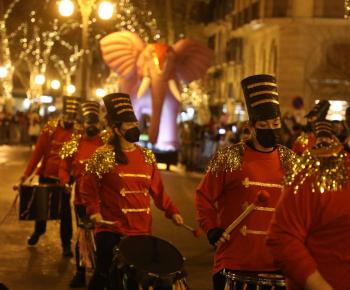 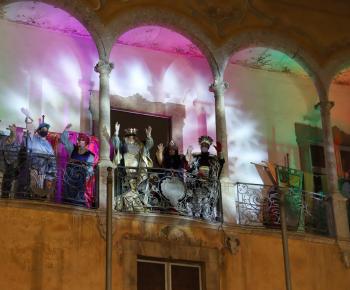 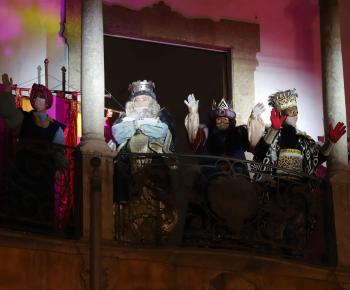 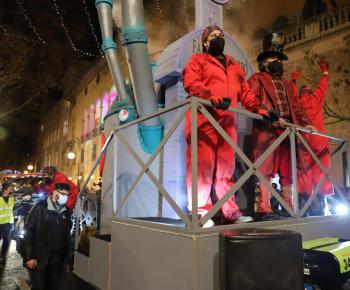 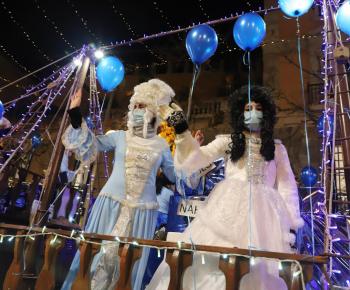 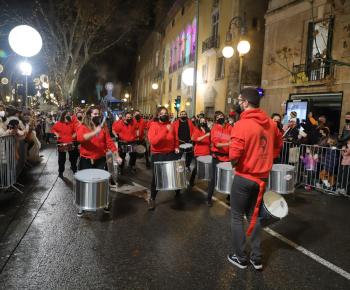 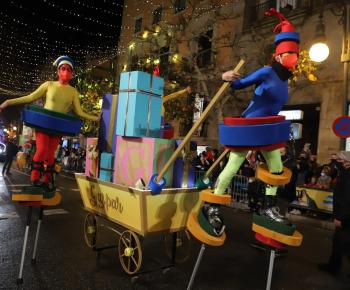 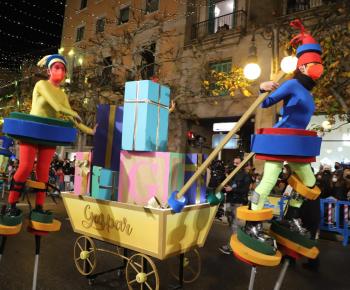