Mallorca has many traditions and fiestas that are celebrated and can be discovered throughout the year. Here are ones for the autumn and winter months. 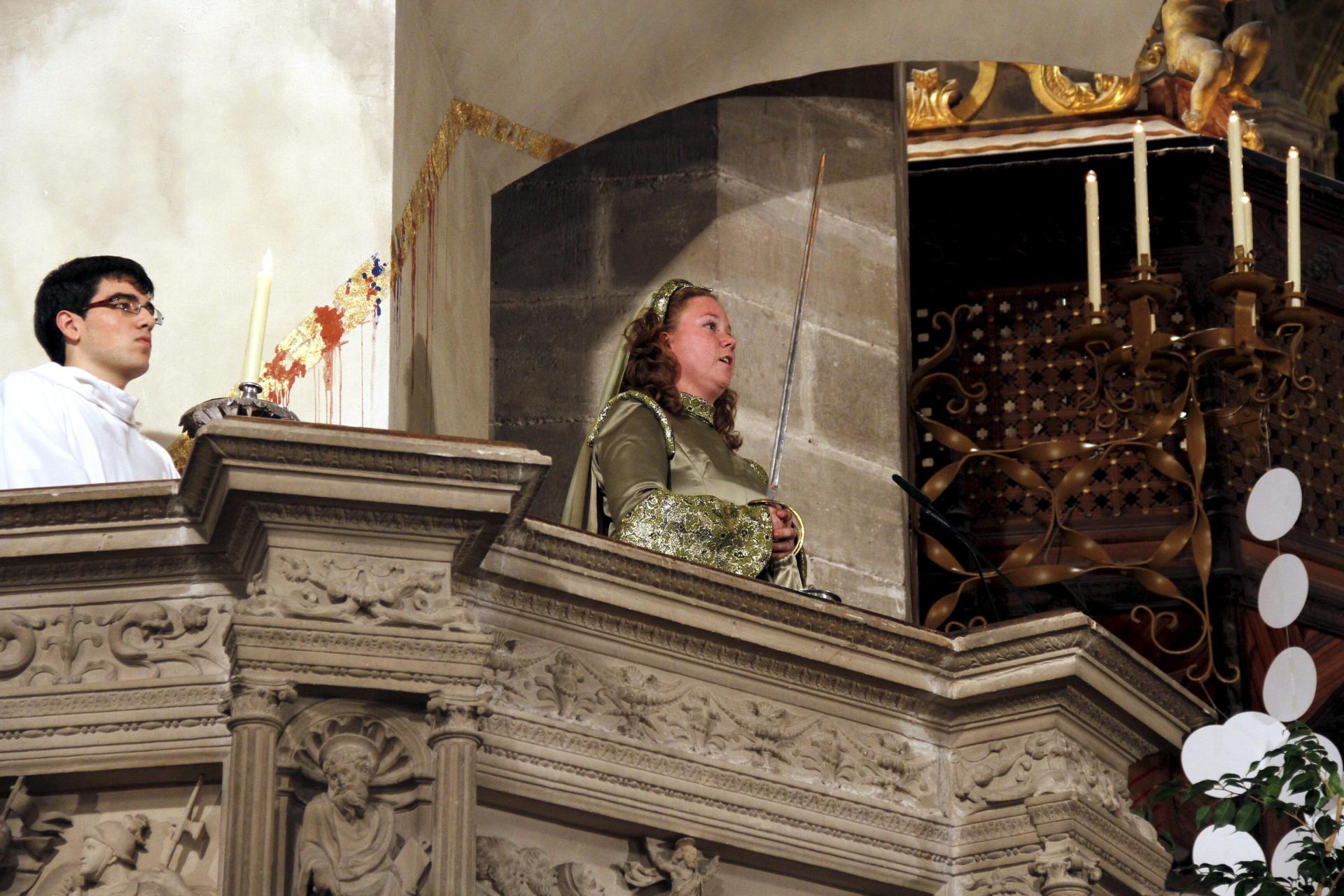 Mallorca Cathedral –Palma–. Calenda sermon, celebration of the word, eucharist officiated by the Bishop of Mallorca. Capella Mallorquina Choir. Calenda sermon and Chant of la Sibil·la. It is a prophetic chant sang in the churches of Mallorca during the Midnight Mass since the Catalan conquest. Mallorca is the only place, together with Alghero (Sardinia), where it is still celebrated. It is usually sang by a boy dressed in a robe, cloak and hat and holding an upright sword during the entire chant.

Chant of la Sibil·la performed by a member of the Escolanía de Lluc, popularly known by the name of els Blauets because of the blue cassock the children wear in celebrations. 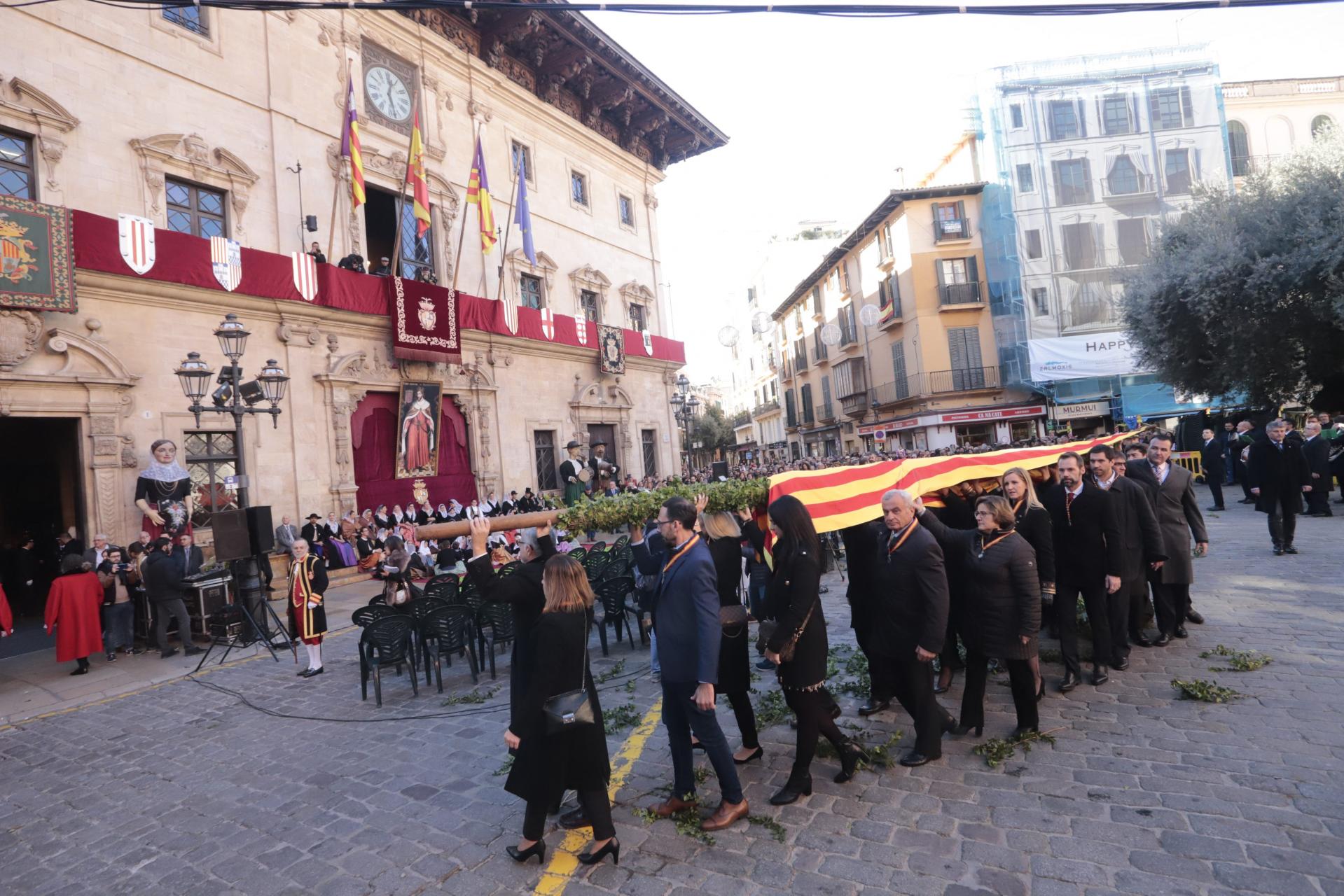 The city of Palma commemorates with civic-religious festivities the anniversary of the Christian Conquest of the city by King Jaume I on 31 December 1229 and the annexation of the Balearics to the Aragonese Crown. The commemorations begin with the hoisting of the Royal Standard and the Cimera del Rei Martí in Plaça de Cort at 10.15am. The celebrations continue with a religious service in the Cathedral at 10.30am. At noon la Colcada or cavalcade is performed by riders from the Confraria Balear de Cavallers de Sant Jordi. 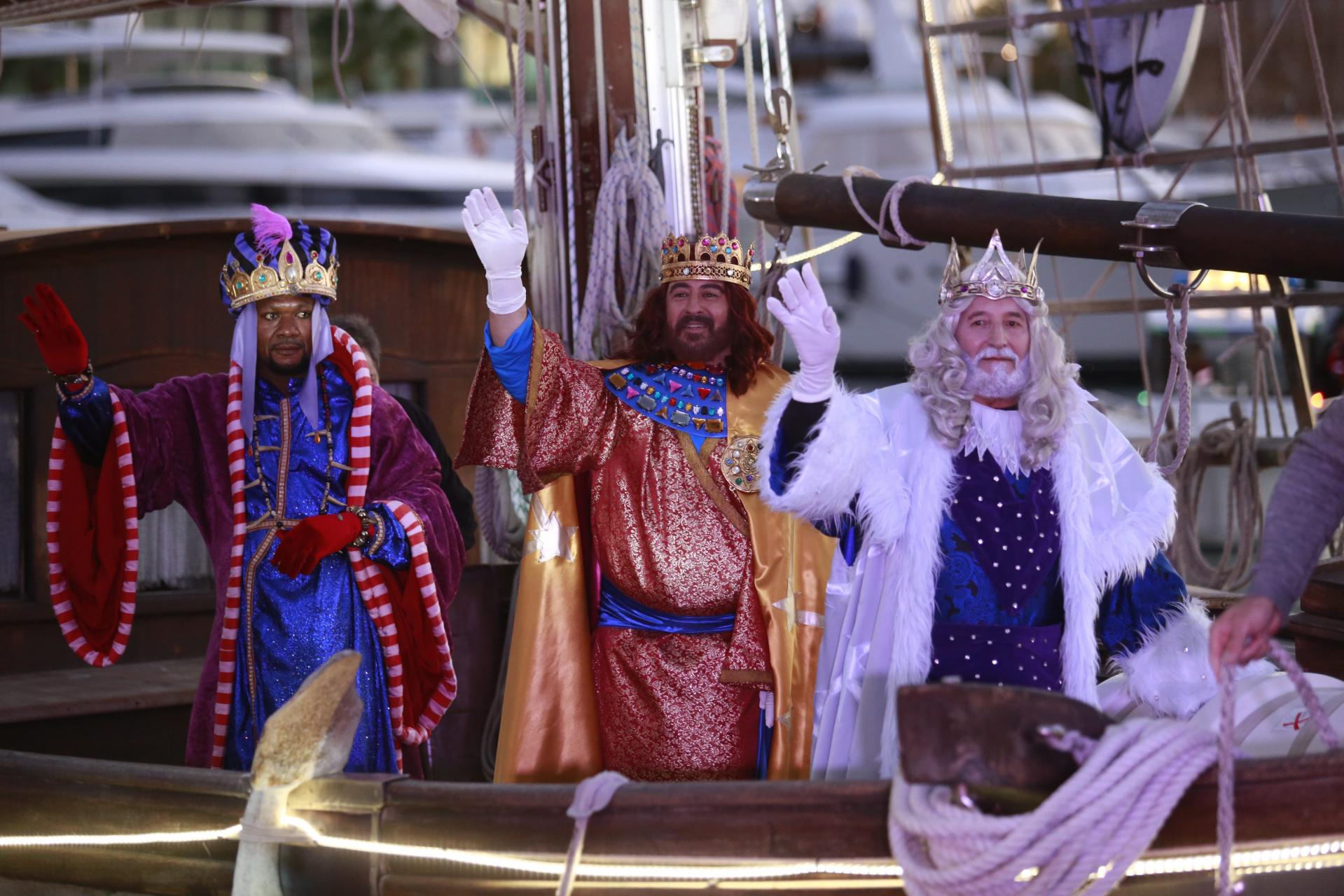 The Three Kings from the East will visit the capital and towns of Mallorca carrying loads of presents for the children. In Palma they arrive by boat at the harbour (Moll Vell). Their arrival is marked by the launch of a firework display. After disembarking down the royal staircase in front of la Llotja, the parade heads along the main streets of Palma -av. d’Antoni Maura, pg. del Born, pl. del Rei Joan Carles I, c. de la Unió, la Rambla, c. del Bisbe Campins, c. de Rubén Darío, pg. de Mallorca, av. de Jaume III, pl. del Rei Joan Carles I- and finishes at 8pm in pg. del Born, where the Three Kings will appear on the balcony of the Casal Solleric to greet everyone. Later at night while children fall asleep excitedly waiting for the Three Kings and their pages, they go into their homes to deliver the presents. 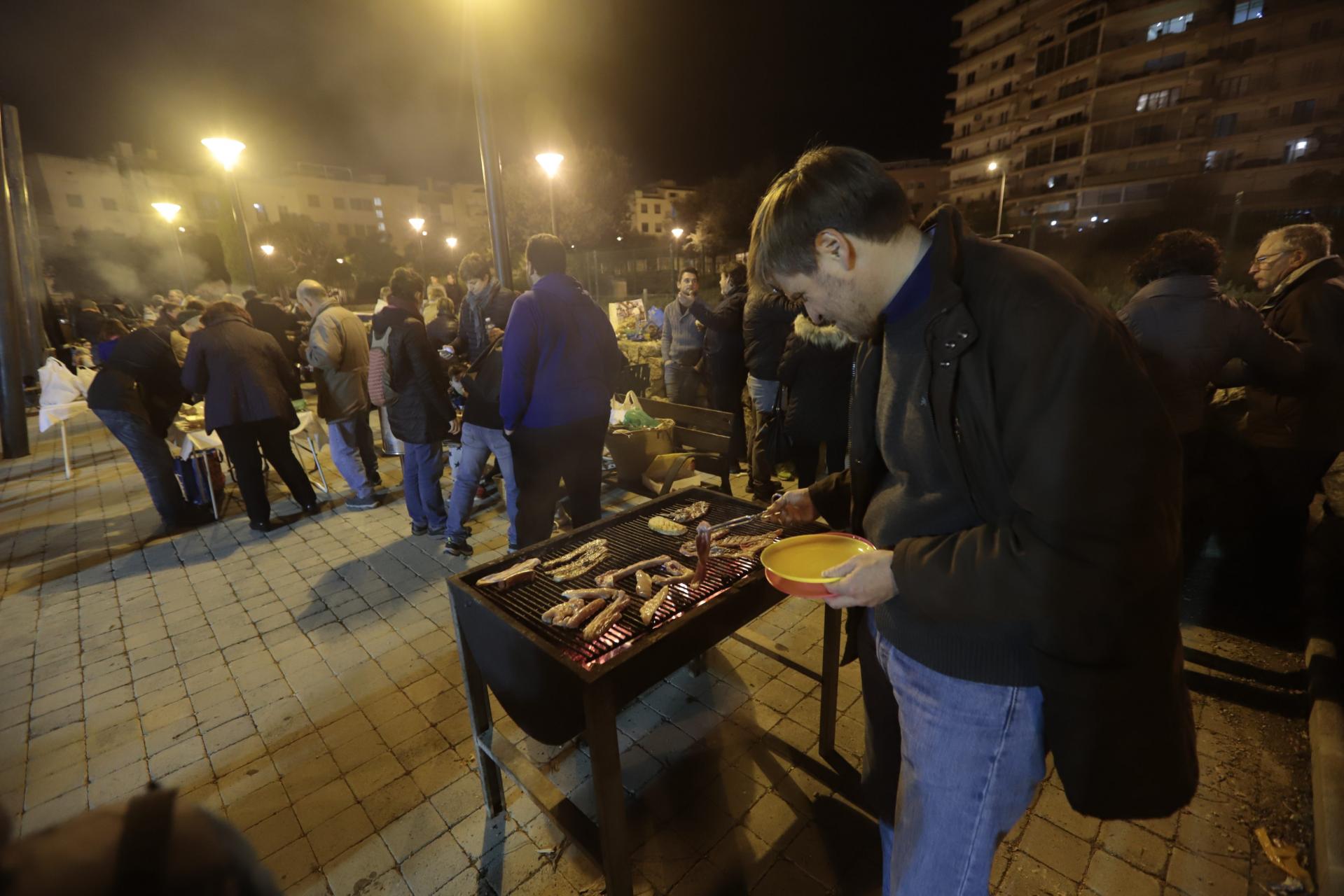 On the eve of Sant Antoni Abad bonfires are lit in the town streets and squares and the people grill typical Mallorcan top-quality pork sausages (sobrassada, llonganissa, llom, botifarró, etc) while listening to the xeremies (traditional bagpipes) and tambourines. The Dance of the Devils represents the temptations of Sant Antoni. In sa Pobla the traditional dish is espinagades, a pasty made from eels and spinach, flavoured with spices. A float parade, high mass and the blessing of animals to seek the protection of the saint take place in many towns of Mallorca. In Sant Antoni’s pine festival of Pollença the young people from the town fell a tall pine in the mountains and after removing its branches and rubbing the trunk with soap, they erect it in front of the church. The first person to climb it claims the prize waiting at the top. 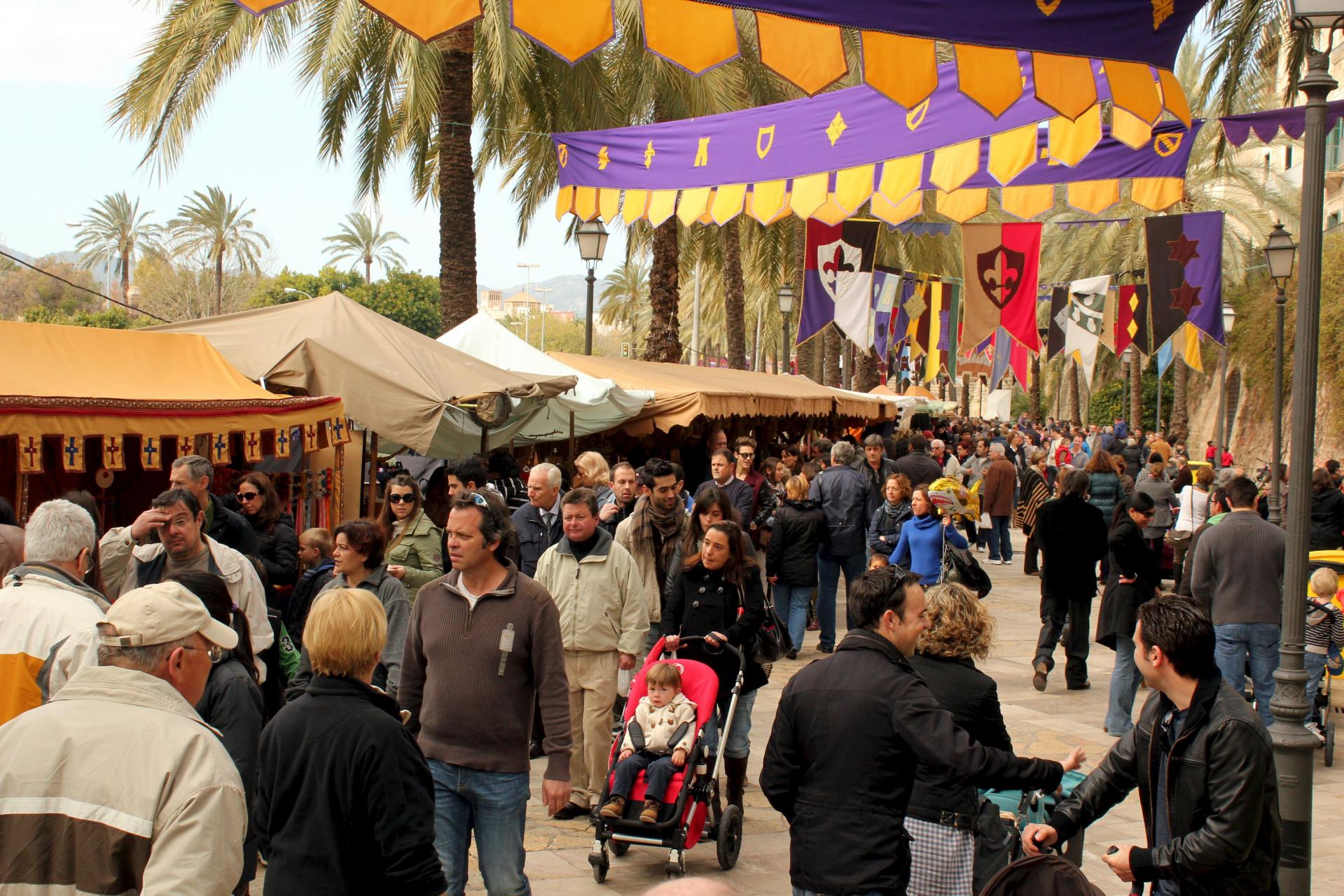 Day of the Balearic Islands

Feast of the Fourth Sunday, also known modernly as Es Pa i el Peix, is celebrated on the fourth Sunday of Lent, in which the Church remembers the miracle of the multiplication of the loaves and fishes. In the Sanctuary of Consolation, unleavened coquettes are distributed with a print in relief of the five loaves and the two fish and are called "shells". 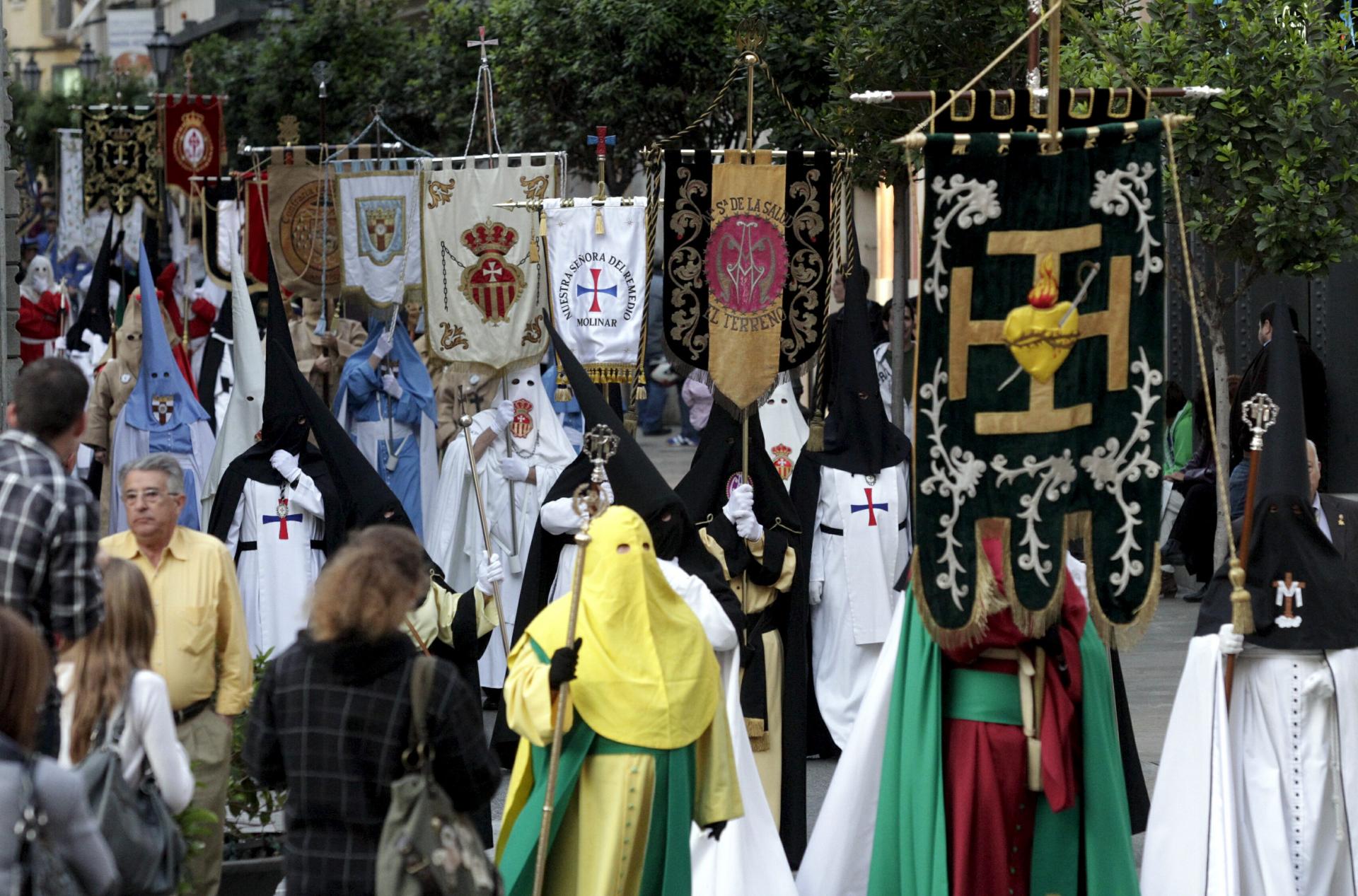 Good Friday Procession of the Banners: Good Friday. Parade of the emblems of all the brotherhoods that participate in the processions of Palma. It starts from the Capuchin church and ends at the Basilica of Sant Francesc.

Easter: Holy Thursday Holy Thursday: The Holy Thursday procession is the most important in Palma, led by the Christ of the Blood, of great popular devotion. The Mass of the Holy Supper, remembering the last supper of Jesus, washes the feet of twelve men, then in procession goes to the installed monument. At 7pm the procession leaves its church to the cathedral. 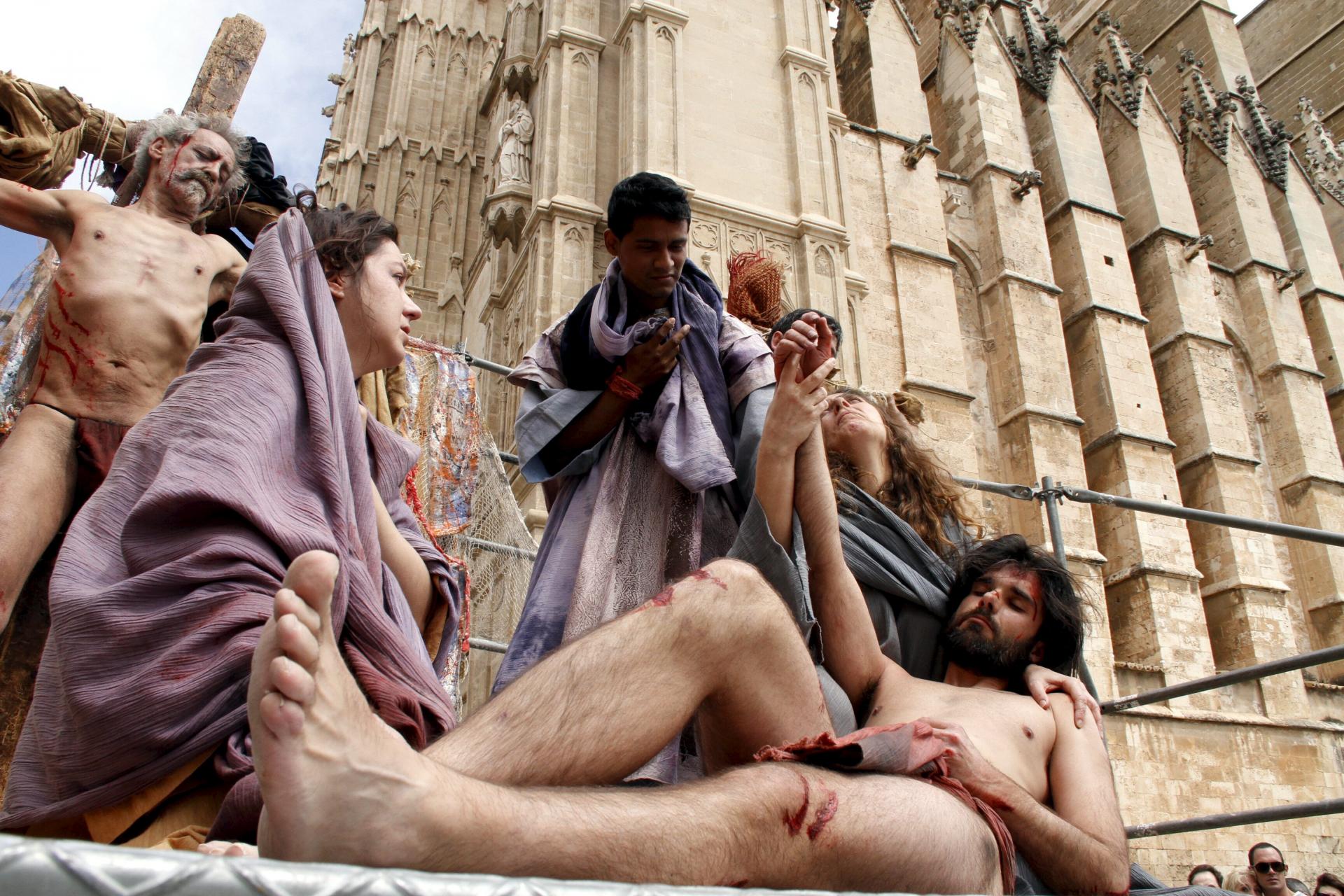 Easter: Good Friday Good Friday: The Descent: representation of Christ on the cross. It is celebrated mainly in the oratory of Pollensa, in the sanctuary of Sant Salvador in Arta, in the church of Sant Miquel in Felanitx and in the sanctuary of Consolació in Sant Joan. Via Crucis by Llorenç Moyà: representation of the passion and resurrection of Jesus on the steps of the cathedral of Palma. On Good Friday, in addition to the procession, the representation of the Saint is celebrated in the cathedral (and in many churches) after the service. Burial, something deeply rooted in all of Mallorca, in most towns they represent it and are real plays, very old, about the passion of Christ.

Popular Party: Pancaritats A pancaritat is a popular gathering outside the town where there is usually a meal that is celebrated in the days after Easter in many towns in Mallorca, as a "third party" of Easter. The last typical Easter products are consumed (panades, rubiols, crespells ... The chosen place is usually emblematic for the participants, usually fountains, hermitages or sanctuaries, and traditional dances are performed there. 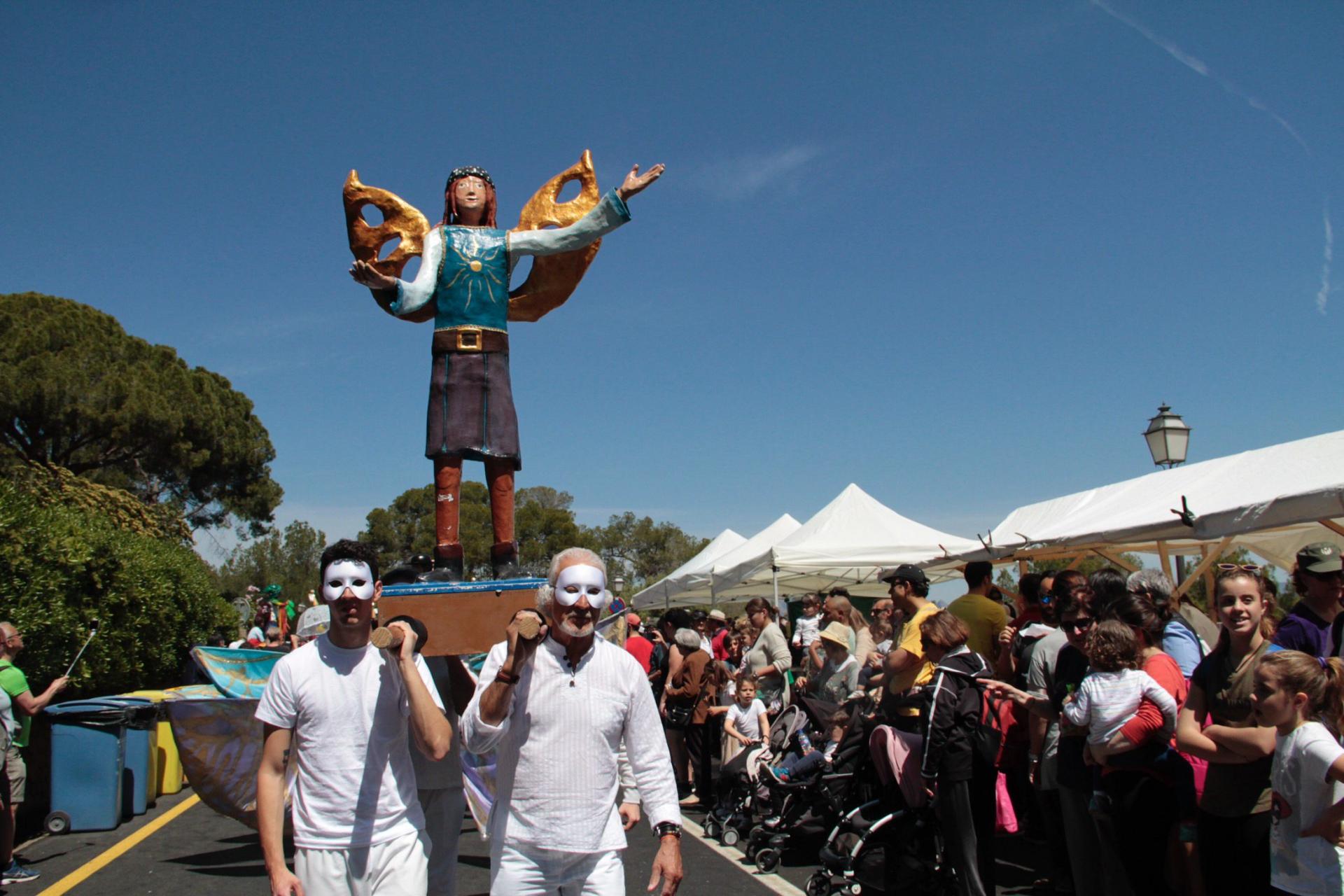 Popular festival: Angel Sunday is the day that the feast of the Guardian Angel is celebrated and falls on the first Sunday after Easter, at Bellver Castle. The celebration began in the city of Mallorca, in 1407, and was combined with the celebration of the Feast of Charity (Pancaritats). It became one of the most popular festivals on the island and concentrated in the capital people from the outer part of the island, especially farmers, who saw the Angel as a protector of agriculture.

Palma: a Mass is celebrated in which the presence of the risen Christ in the bread and wine consecrated in the celebration is commemorated. The procession will take place through the main streets of the center accompanied by the Band, Cavallets, Cossiers and Tamborers de la Sala. The "Corpus Music Festival" is celebrated with a great variety of music, popular Spanish, an evening of Parisian music and composers of the classical era, in the different courtyards of the city as well as guided tours. 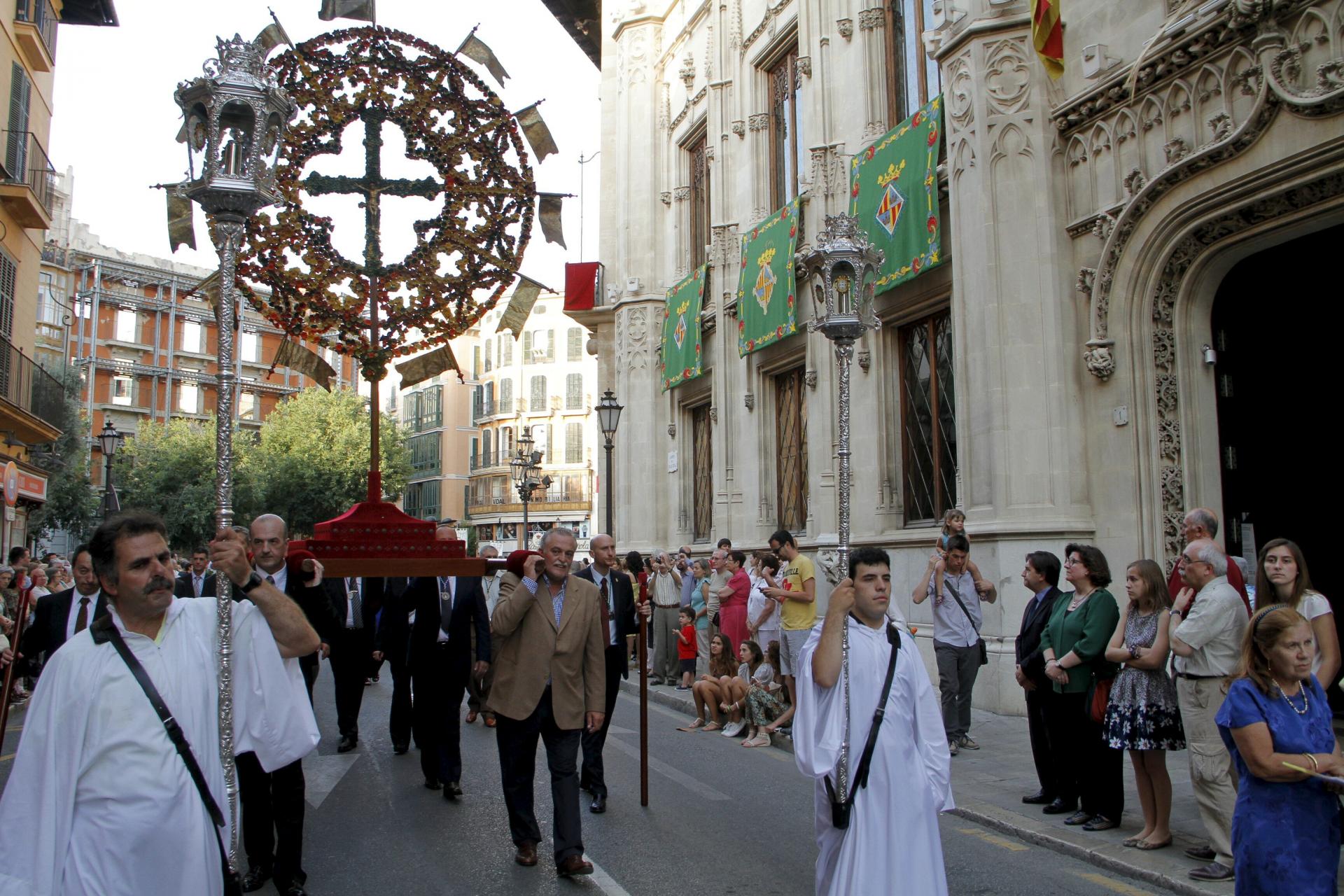 As a curiosity, the flower carpets of the main portal of the Cathedral and the Plaza de Cort stand out, which have been made by volunteers from workshops in the cultural centers of Palma.

Pollensa: two young women are dressed in white, adorned with gold that the people have put on, they wear a crown on their heads, some special chestnuts, which are only in Pollença. They do a very simple, symmetrical dance, and go out on Corpus Christi Day, accompanied by a rondaia, forming a procession, and then they do the tables, say, they go from house to house, where they find a table full of sweets, and other things. 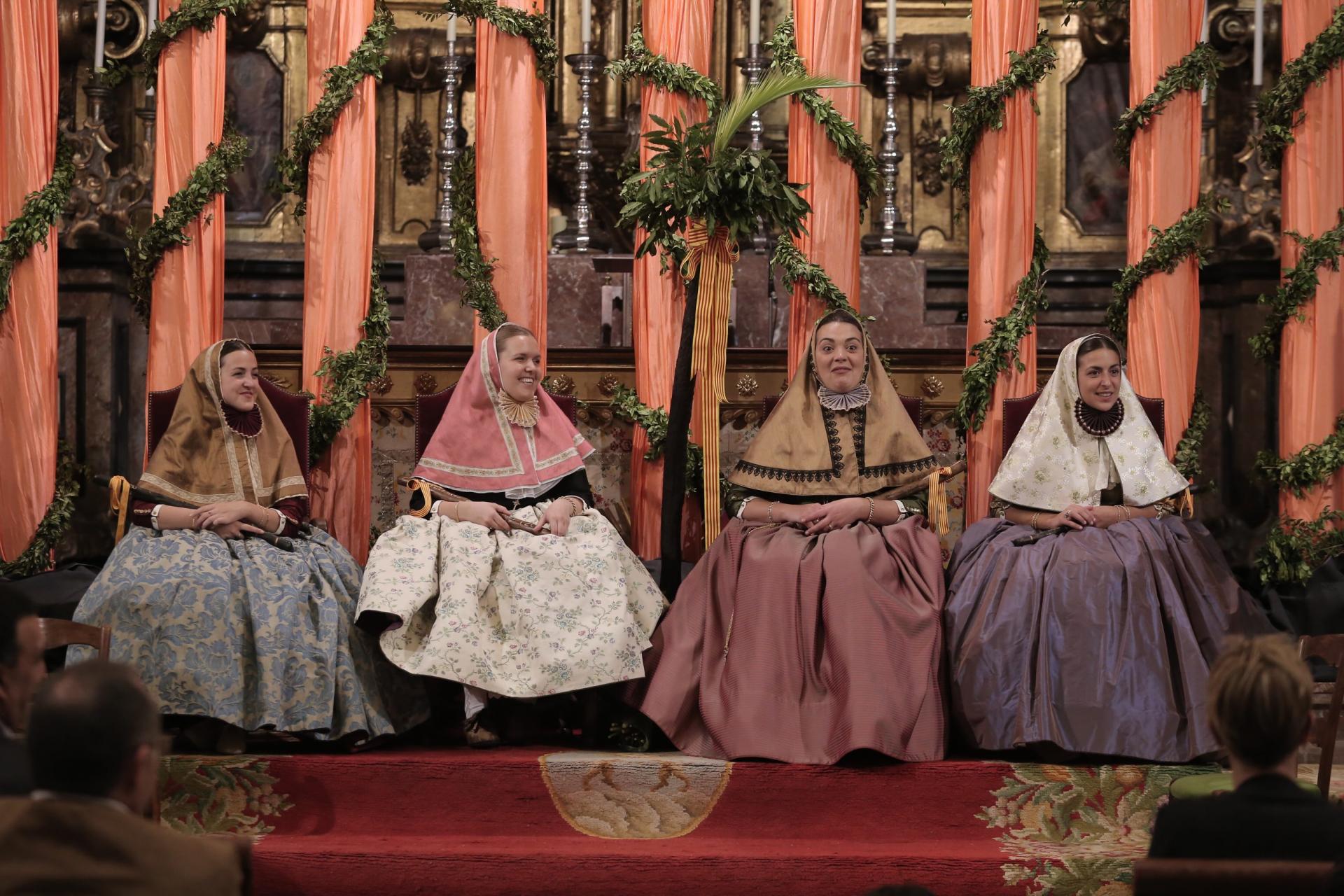 Es Firó in Soller: the festival commemorating the victory over the Turkish privateer Otxalí is celebrated in 1561. Representation of the battle between Moors and Christians where Captain Angelats and the two women, Francisca and Catalina Casesnoves, known as Les Valentes Dones, stand out. who managed to kill and frighten several invaders. Every year, two neighbors of the municipality are named "Valentes Dones" and act as ambassadors of the village. The simulation has four battles: Platja de Ca Generós, Platja d'en Repic, Pont de Barona and the center of Soller. The party ends with the proclamation of the victory of Christians over the invading troops, thanks to the Virgin of Victory and the singing of the Balanguera in the town square by all participants and attendees of the drill.

· Sant Sebastià. On the night of 19th January the city fills up with music and stalls, and a wide range of concerts are staged in the squares of Santa Eulàlia, Cort and
Major. 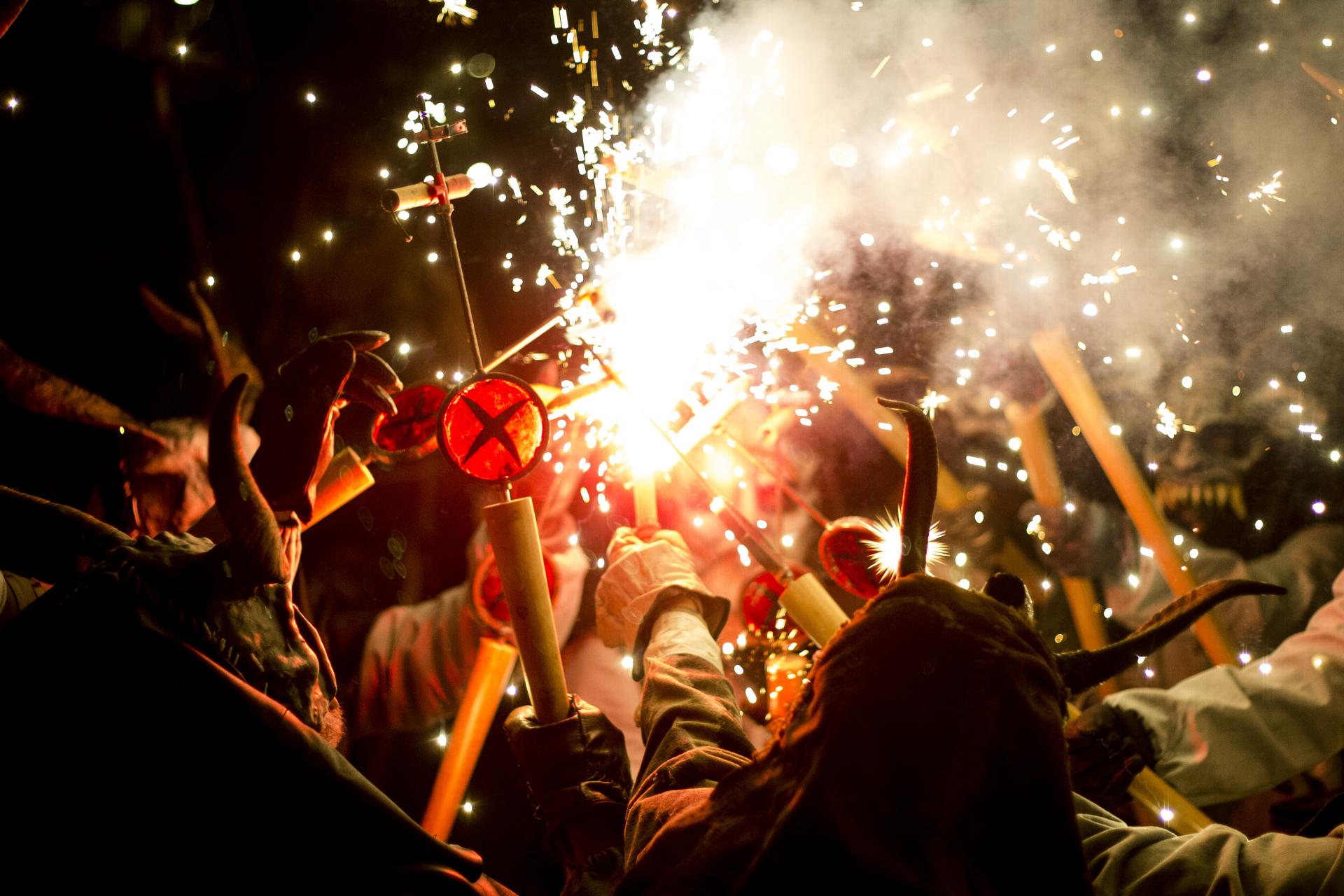 · Sant Antoni. In Arta and Manacor, on the night of 16th January the devil roams freely, bonfires are lit in the streets and veritable combats are fought with “gloses”, or a local form of poetry, as weapons.

· Sant Antoni. On the night of 16th January, in Muro and other towns the devil roams freely, bonfires or foguerons are lit in the streets and veritable combats are fought with “gloses”, or a local form of poetry, as weapons. In the afternoon of the 17th, a grand parade is held in the village where the local priest blesses all kind of animals as well as traditional carriages and carts.

· Carnaval. The Palma carnival parade is the most popular on the island. The date varies from year to year. 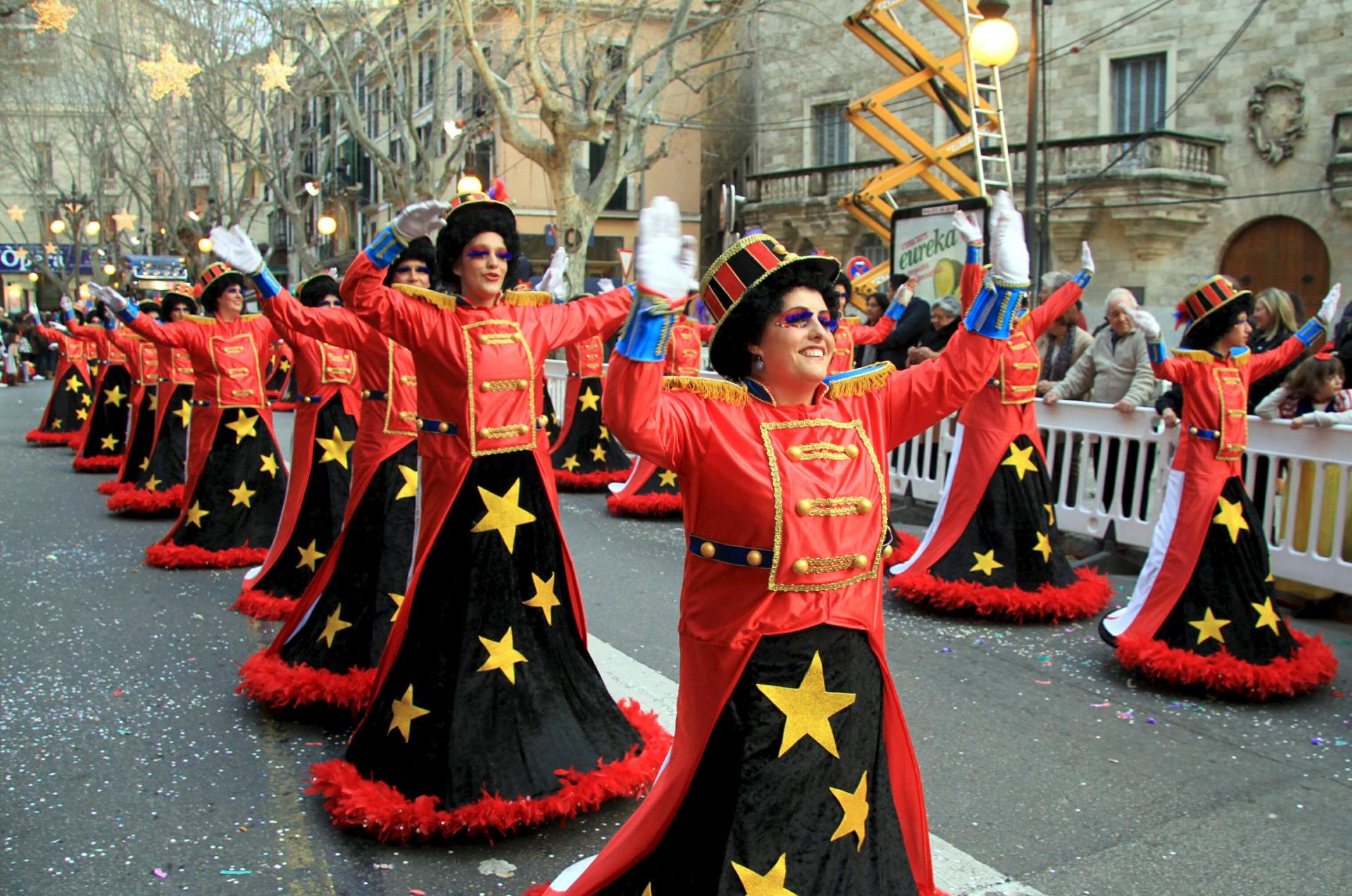 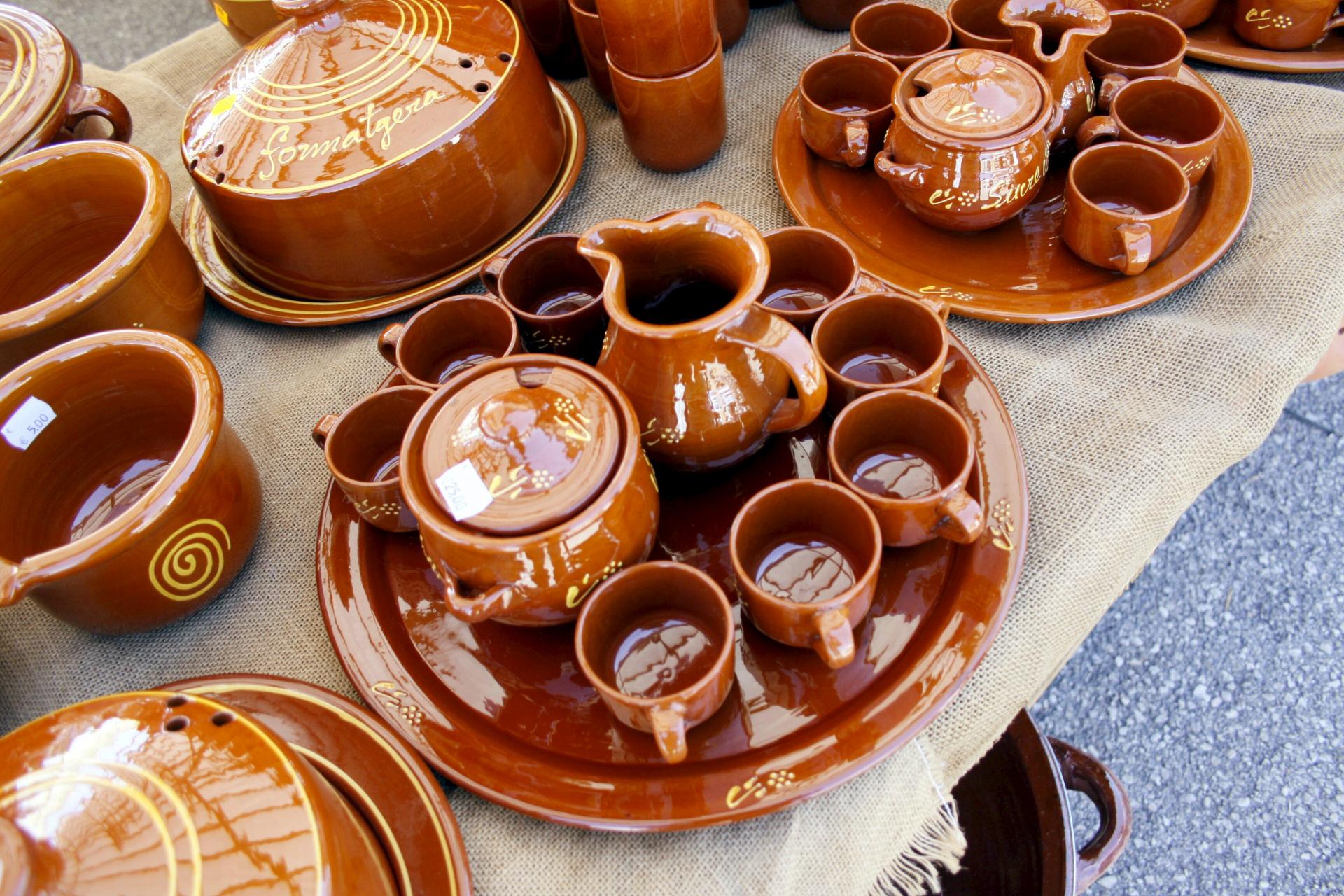 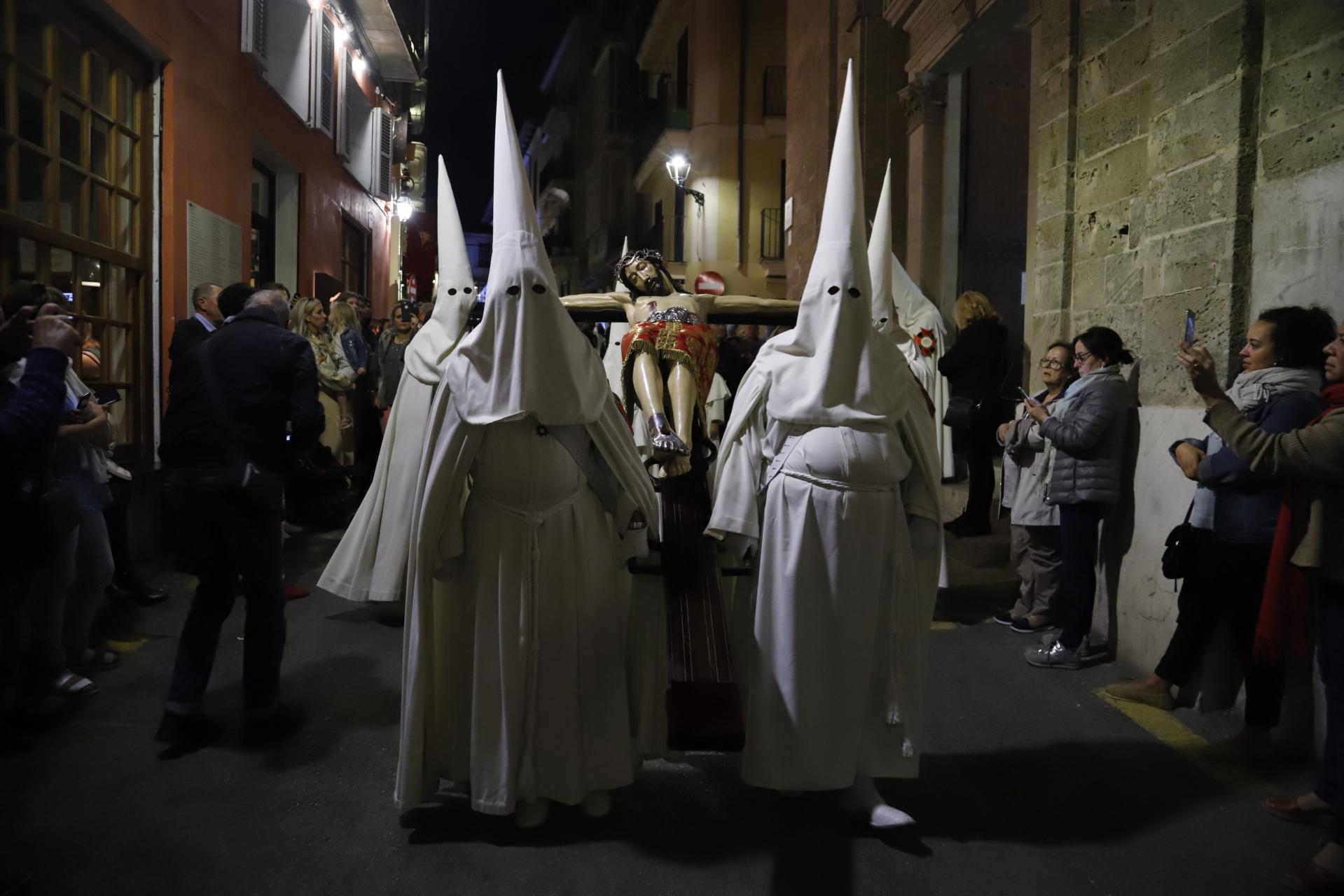 · El Davallament. (Pollensa) on Good Friday, a traditional ceremony representing Christ’s descent from the cross is held on the hill “El Calvari”.

· Davallament. On Good Friday an emotive descent from the cross is represented in Arta and Felanitx. 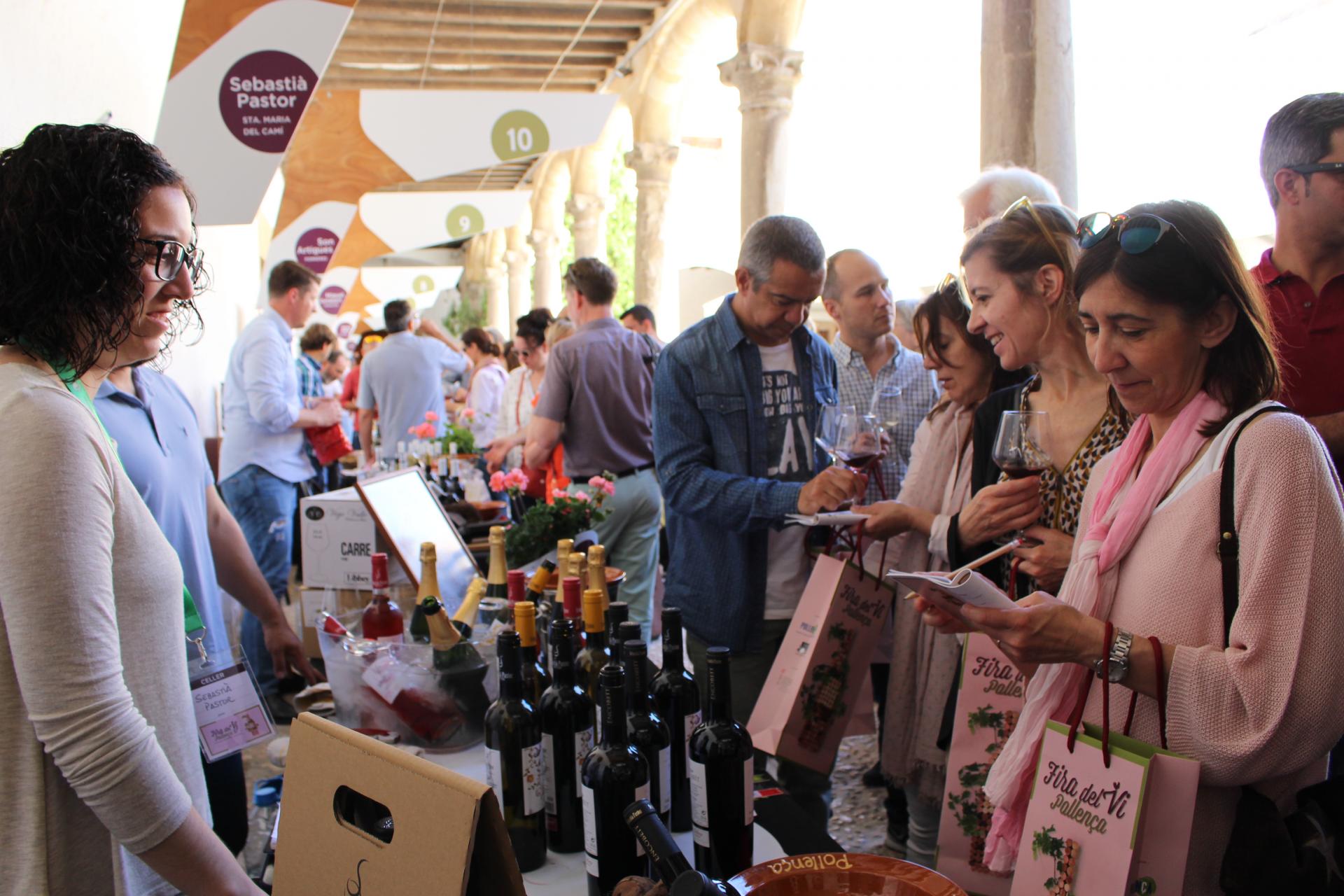 · Moors and Christians (Soller). On the Monday following the second Sunday in Maylocals re-enact the battle in which the Christians vanquished the Saracen troops in Puerto Soller. 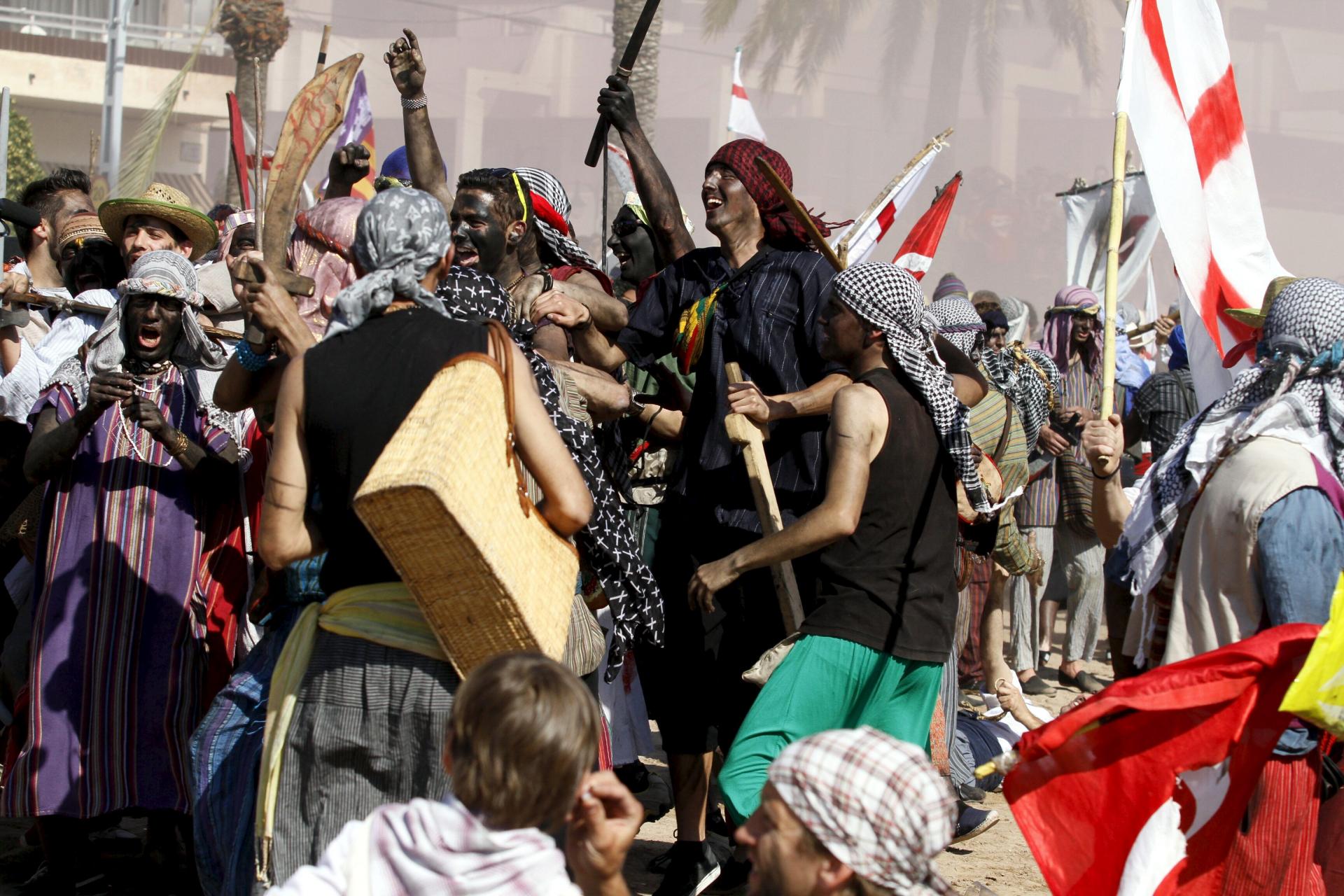 · Moretons dance in Manacor. In the fiestas of Sant Domingo the dance of the Moretons is performed by children dressed as pirates.

· May fair in Campanet - livestock, agricultural and craft fair.

· May fair in Campos and Ses Salines - commercial, craft, livestock and gastronomy fair.

· Wine and cheese fair in Estellencs - wines and cheeses.

· May fair in Soller - agricultural, livestock and craft fair.

· Corpus Christi. A procession that begins and ends at the cathedral, with characters of the popular Majorcan tradition who parade on carpets of flowers. 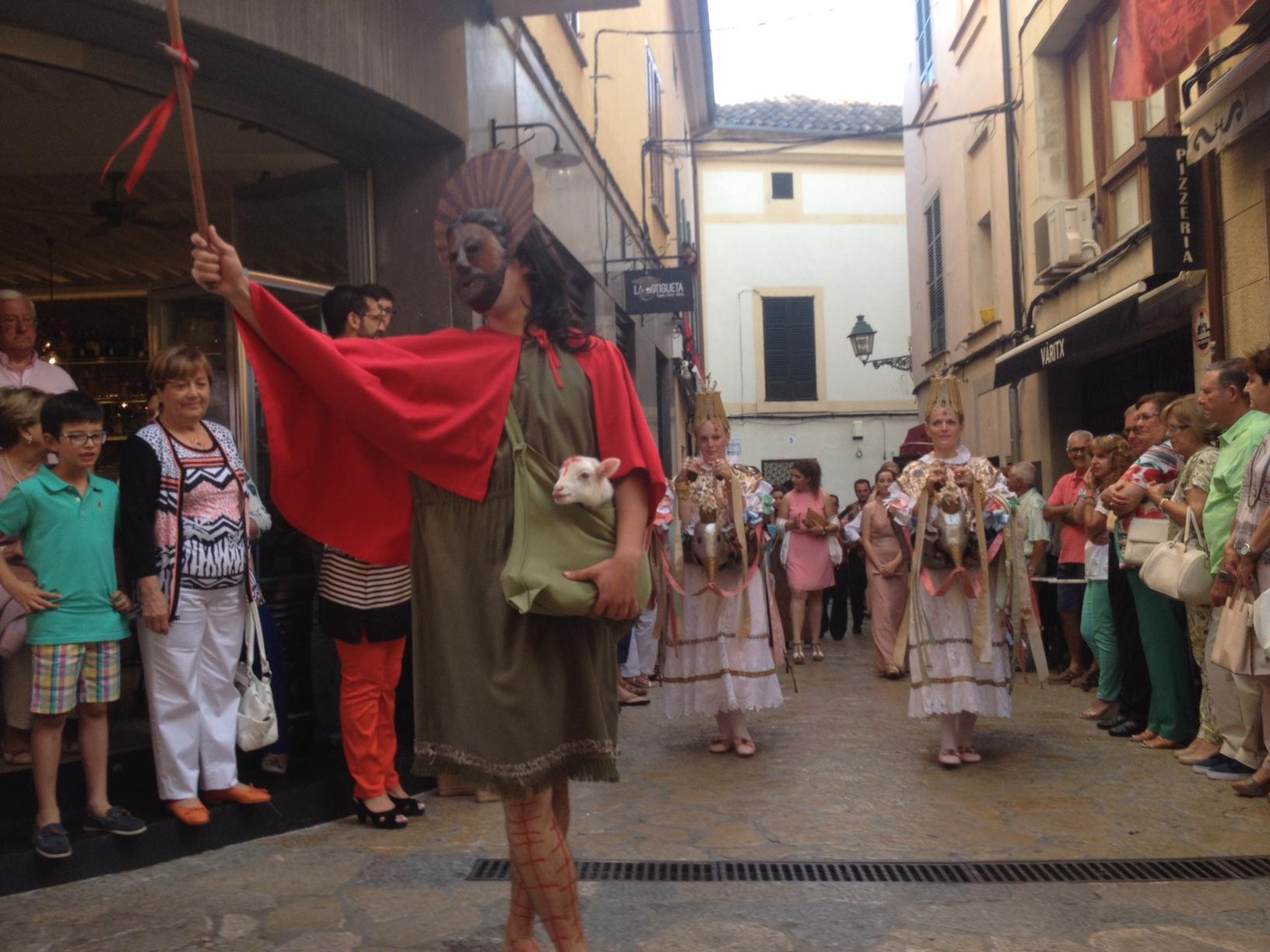 · Fiestas of Rei En Jaume. In the bay of Santa Ponsa the disembarkation of the Christian troops of King Jaume I in the 13th century is commemorated in september. 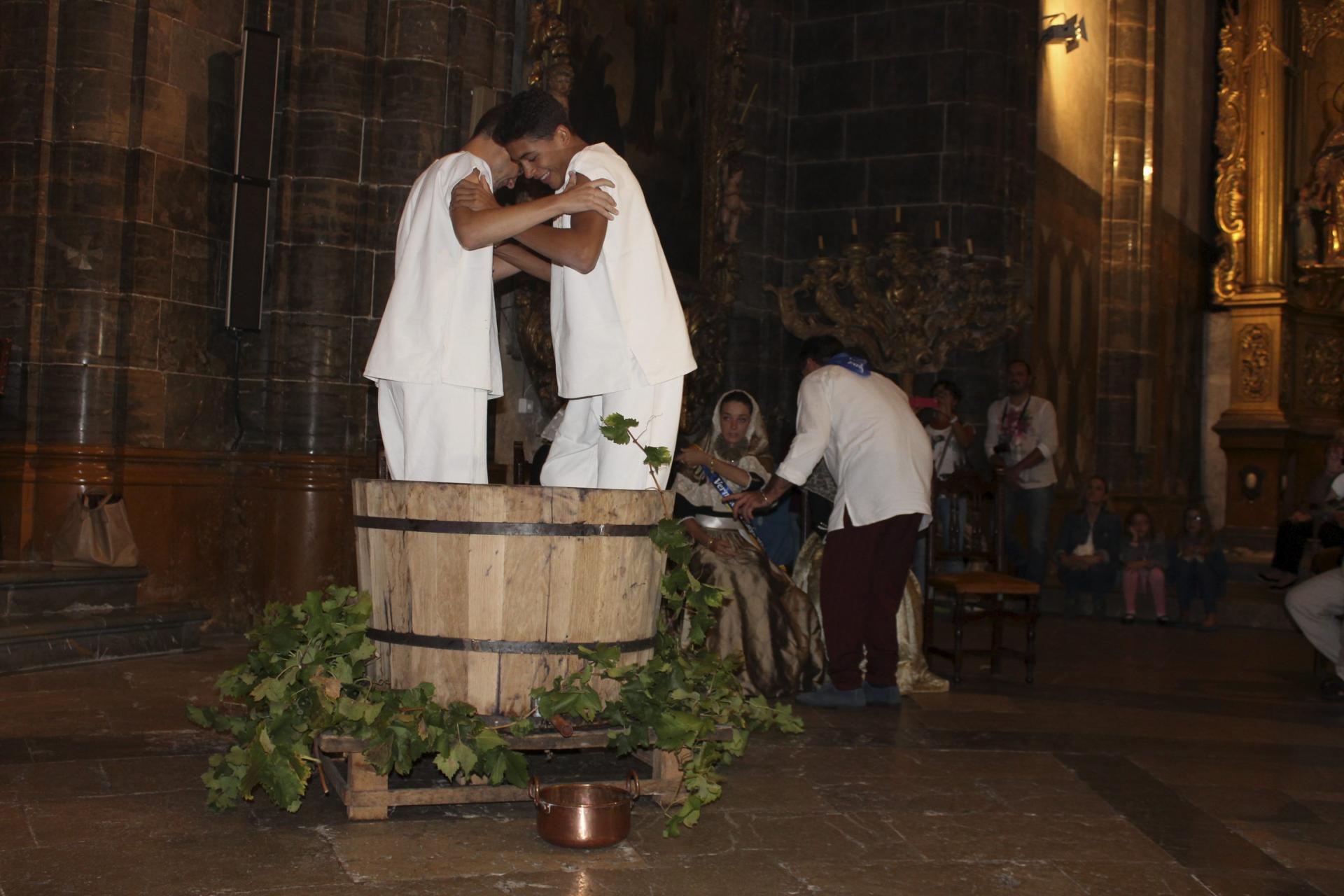 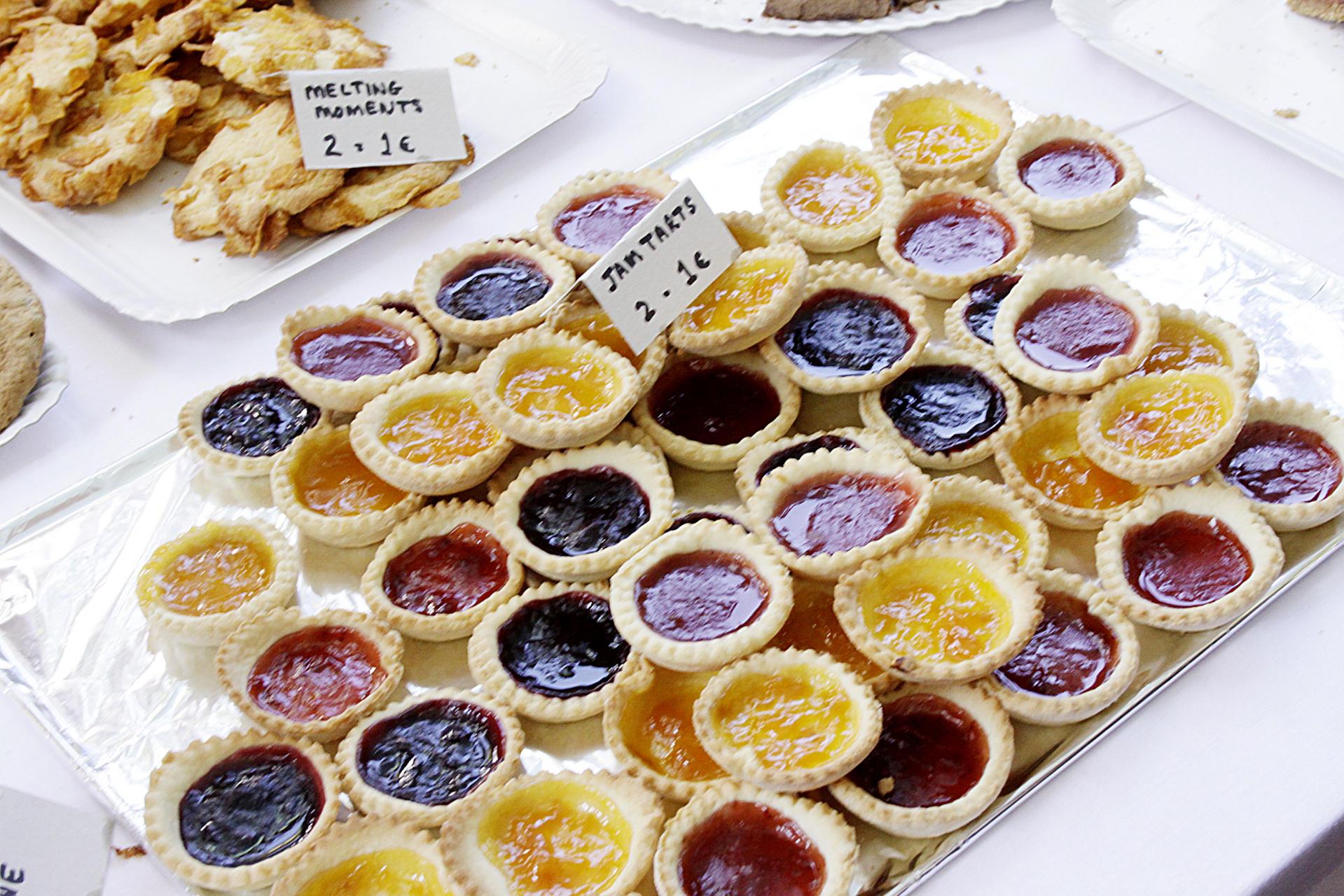 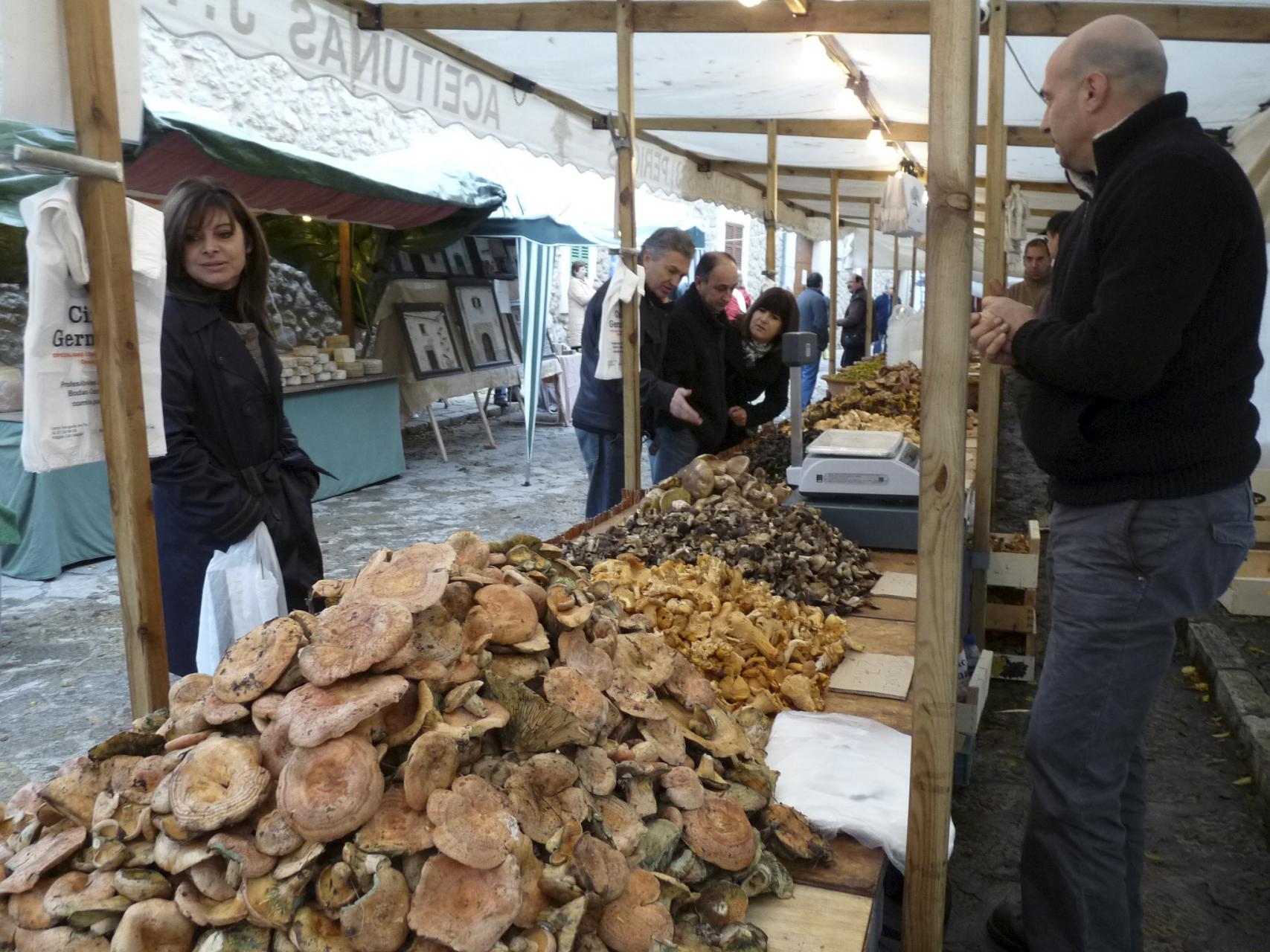 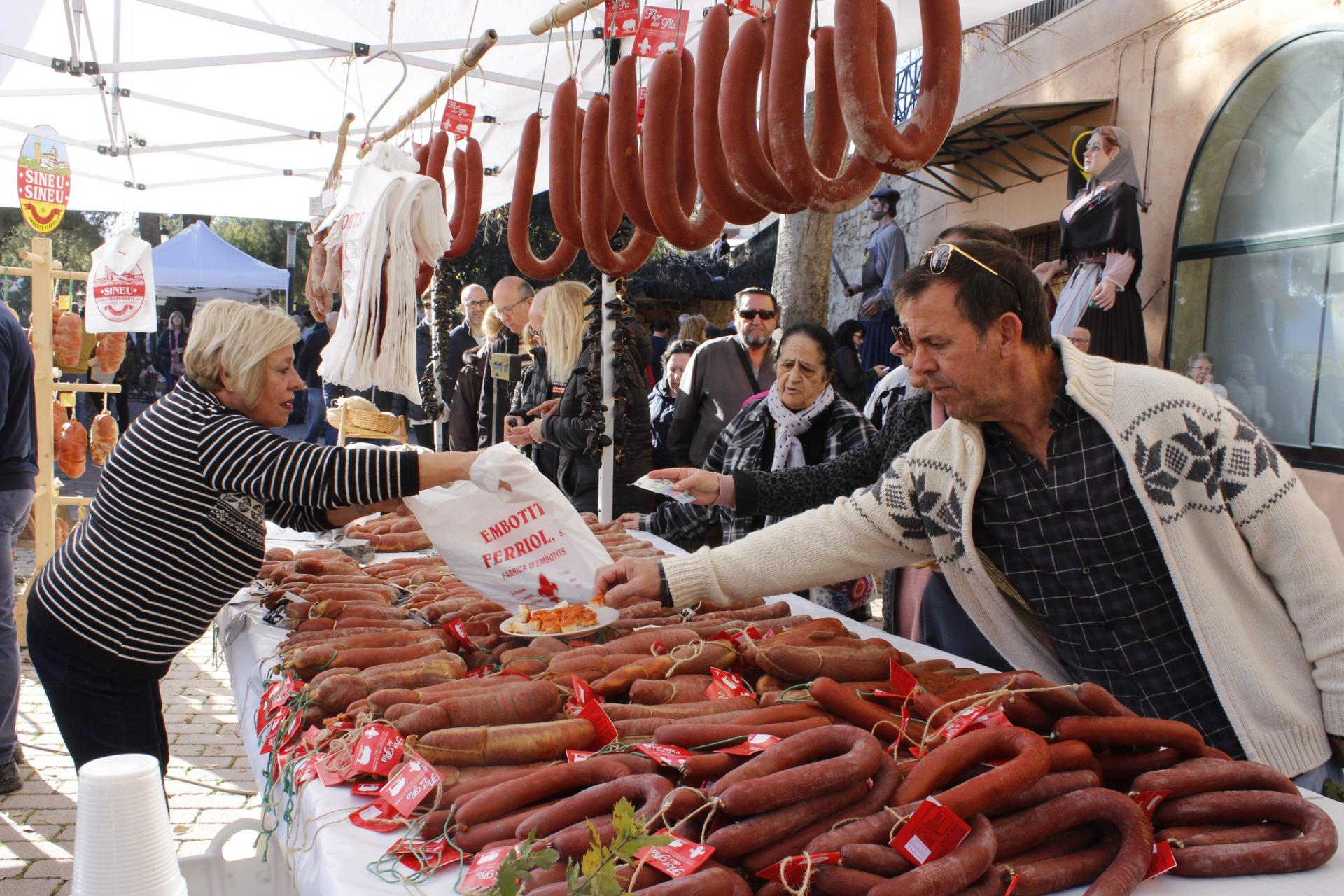 · Sant Tomàs fair in Sineu - products of the pig slaughter. 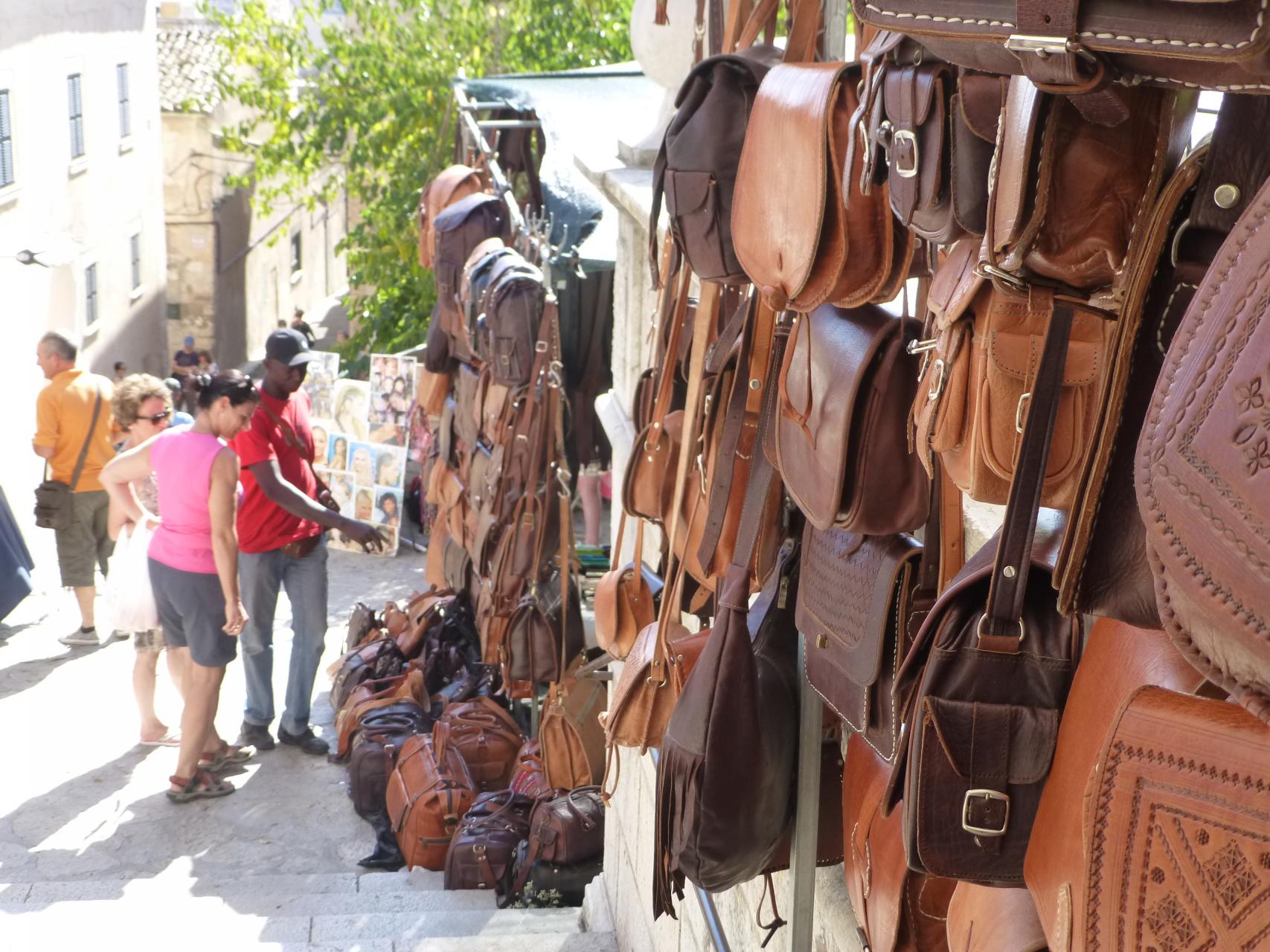 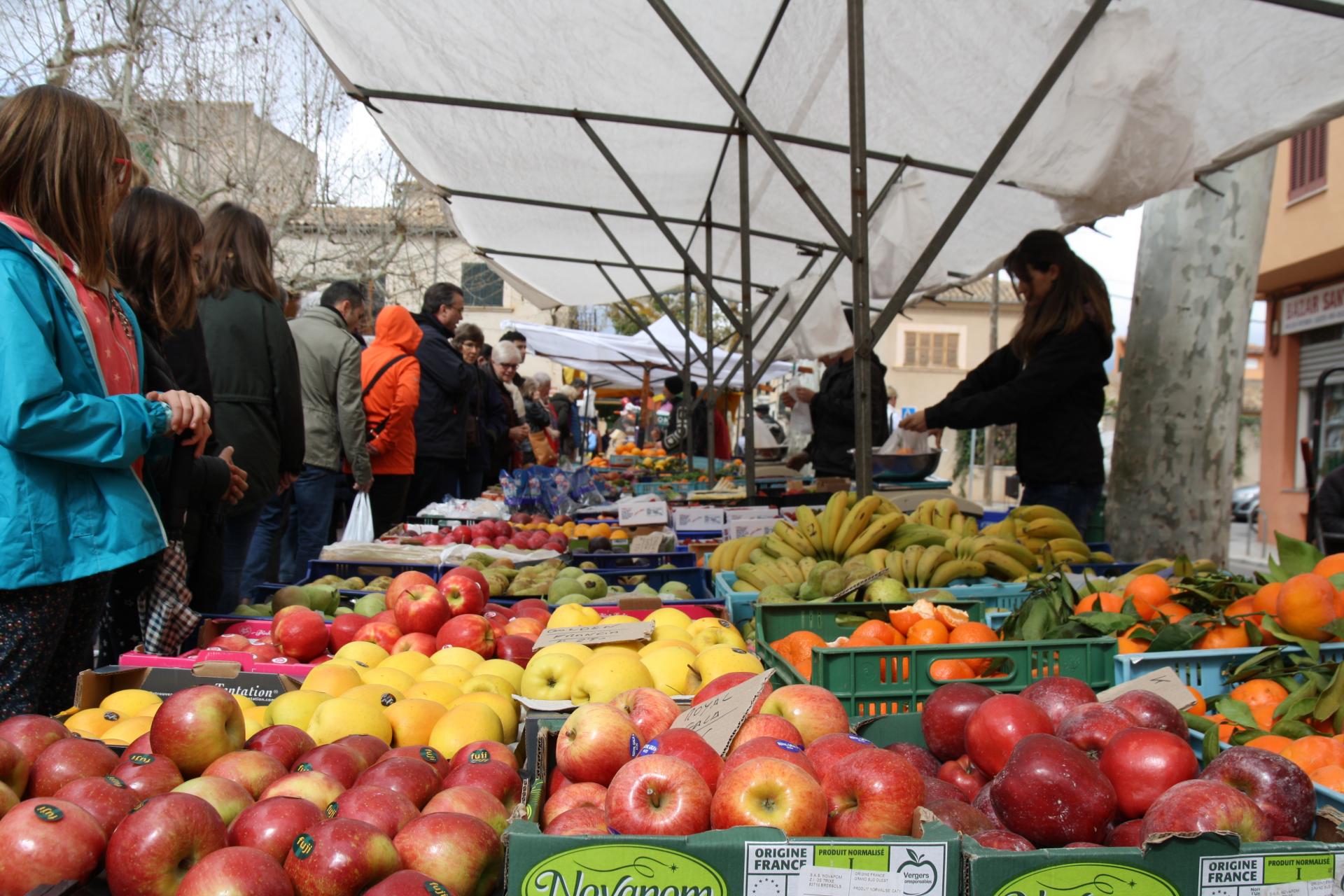 Mallorca a safe place to travel

Now is time to come to Mallorca