Mallorca premieres on Netflix on Wednesday

After discovering a once-in-a-lifetime player with a rocky past abroad, a down on his luck basketball scout (Adam Sandler) takes it upon himself to bring the phenom to the States without his team's approval. Against the odds, they have one final shot to prove they have what it takes to make it in the NBA. | Youtube: Netflix 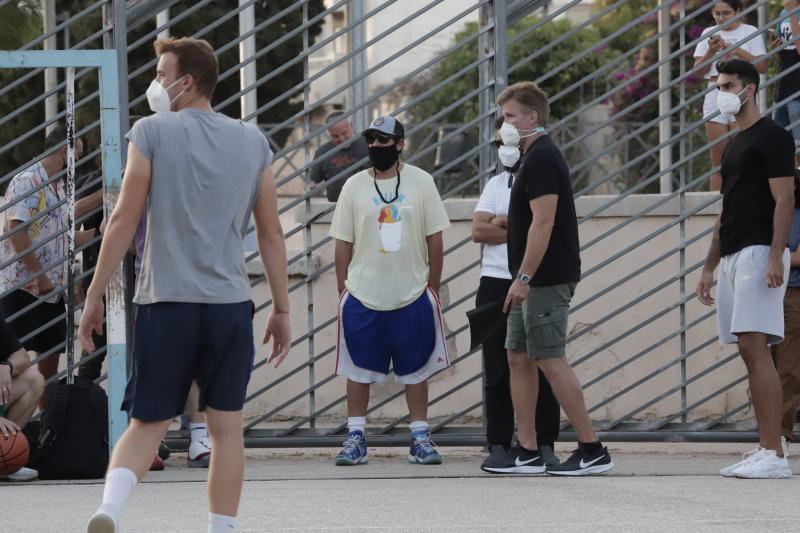 Initially due to have been filmed in China, production was changed to Mallorca and Philadelphia.
Superstar Sandler and the crew spent most of last Aogust on the island, mainly in Palma, filming large parts of Hustle which will be distributed by Netflix and goes to air in the UK and Spain tomorrow.

Sandler plays the part of a basketball talent scout who has fallen on hard times.
Hustle is directed by Jeremiah Zagar, from a screenplay by Taylor Materne and Will Fetters. The film stars Adam Sandler, Queen Latifah, Ben Foster, and Robert Duvall and was filmed in Mallorca in association with Palma Pictures.

Hustle brought cameras, trucks, dressing rooms and more than 1,500 extras to Palma and shot several scenes for the film in Nou Llevant, es Rafal and other neighbourhoods of the city.
The project was managed by Head of Casting, David Martínez and Head of Locations, Daniel Sampedro from Palma Pictures.

“Hustle was one of the biggest projects we’ve ever done,” said Martínez at the time.
“The work was difficult, but not particularly complicated,” added Sampedro.

“At first there were plans to simulate basketball courts in the Bronx, but in the end they decided to show Nou Llevant and es Rafal and the film also shows the centre of Palma and the Cathedral.”

It's Wednesday evening. Just did a search on Netflix. Not there. Lots of stuff that Netflix claims are being released are either late, or never released. Netflix bought the rights to Cloud Atlas, but so far, it's never been released on Netflix. There's probably legal issues. It's just the nature of the beast.