It is a villa at a spot where Puerto Alcudia becomes Alcudia. It might not warrant attention except by those who know what took place twenty years ago. In the early hours of the thirtieth of August 1999, Yvonne O’Brien was murdered in the annexe to this villa.

Her killer has never been found. It was a murder which continues to cast a shadow over Alcudia and over the police.

It was also a murder which, in its sheer sadistic brutality, was to provide the ingredients for the worst instincts of the British press. Paradise island; an expat who was seemingly comfortably off; a female who enjoyed a drink and the company of men; a woman who was strangled with a television cable, whose throat was cut and whose body was mutilated. With her blood, the murderer scrawled on a wall “amoor (amor with double-o), sexo y paz” - love, sex and peace.

Yvonne O’Brien was 44. She moved to Alcudia in 1996. Following the collapse of her marriage and a breakdown, she was pursuing a new life. She arrived at the Siesta Apartments with all the appearance of wealth and with a boyfriend. That relationship was short-lived.

Yvonne was on her own, but she sought the company of others. A good-time fortysomething, she was a magnet for certain elements. The money, it would seem, came in the form of monthly cheques from an investment fund. How wealthy she genuinely was is open to conjecture, but she could be generous with her money. Hence, there were those who were drawn to her: men, not women, those who the Guardia Civil have described as being “on the margins”.

She was known to many. Her life in Alcudia largely revolved around its bars. These were ones where the foreign community would typically hang out - not just the British - and they were also the Spanish bars.

She was a familiar sight around Alcudia, taking rides on the horse carriages and pushing a supermarket trolley while playing music and singing to herself. Somewhat eccentric perhaps, people still remember her as being likeable. She was an alcoholic but not in a bad way. She always had time for a chat.

The time is put at around half four in the morning. This was when she returned to the villa, having previously been seen near the beach. Two witnesses were to say that she was drunk and that there was someone who appeared to have been following her. 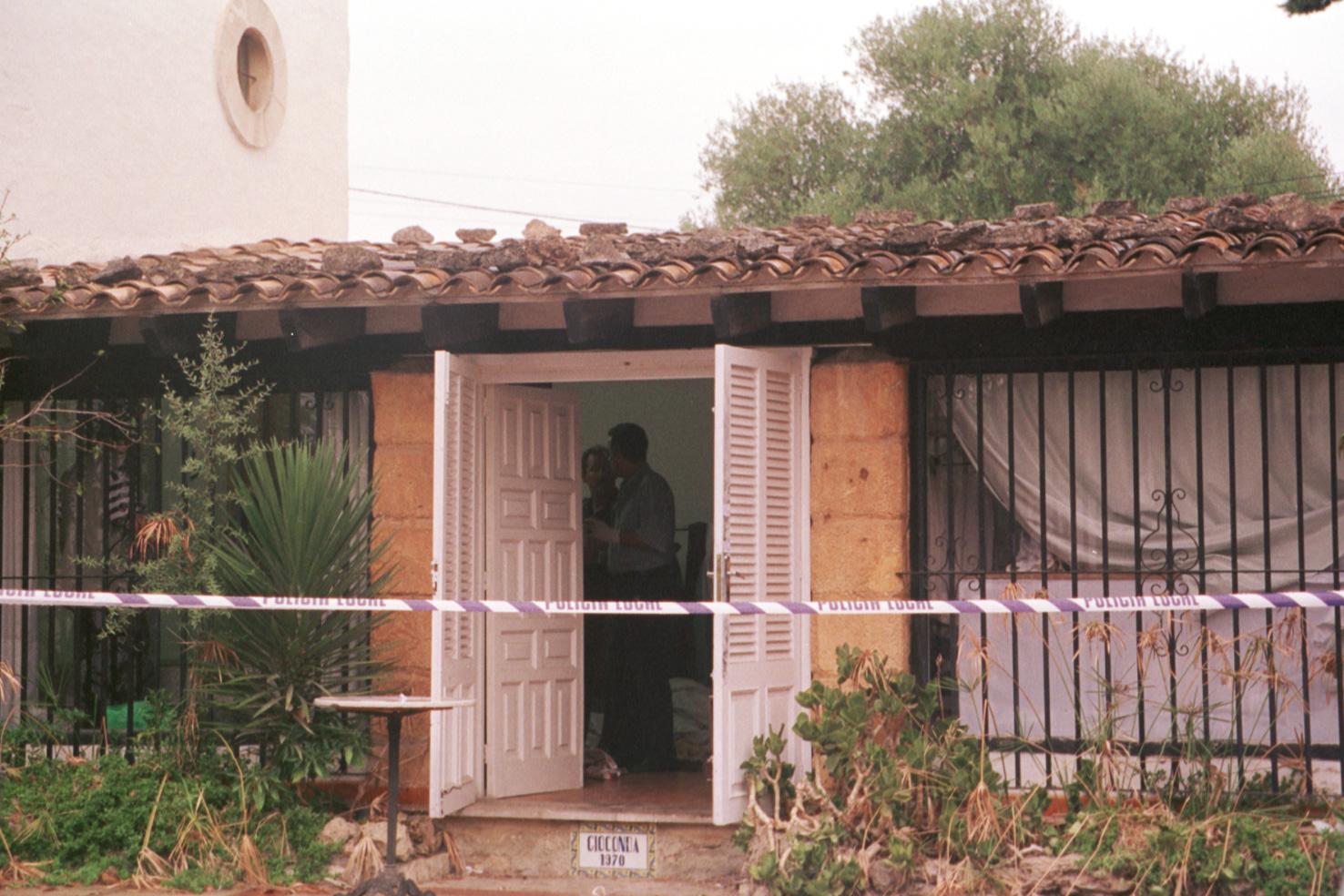 A photofit was to be created of this unknown person. Swarthy appearance, chiselled features, cropped hair but quite long at the back. It was to prove to be all but worthless.
It was a member of the family who owned the villa who made the gruesome discovery.

It was at this point that the subsequent murder investigation was hampered. The Guardia Civil accept that procedures weren’t as they now are. The scene of the crime was not initially secured. It was affected by the family, the local police and indeed their own officers.

The Guardia were convinced that the murder was the work of a psychopath or at least someone with a serious mental disorder; they also concluded that this probably hadn’t been the first time he had murdered in such a way.

There was the ritualistic nature of the crime and its bizarre aspects. One was that a toy gun was inserted into Yvonne’s vagina; she had apparently collected toy or replica guns. Another was, as the Guardia were to deduce, that the murderer didn’t leave the scene immediately. They reckon he stayed for up to an hour, scattering all manner of stuff, daubing the words, committing more atrocity. A normal murderer wouldn’t usually hang around.

There were various suspects. One was Jimmy, a Moroccan fisherman. He had been her boyfriend. His alibi stacked up. But then there were several boyfriends, one of whom was from Luxembourg - Gaston D. He had arrived in Alcudia having spent time in a psychiatric hospital. Despite having been under suspicion, he was to leave Majorca - some six weeks after the murder it has been reckoned.

The reporting in the British press was to gradually crank up. At first there were simple headlines like Briton stabbed to death, but when certain papers sniffed sensationalism, they produced it. The Sun ran a headline: “Life on the edge: Yvonne’s nightmare of booze and sex ends in bloodbath on sunshine island.” The press interest was to have a profound effect in Alcudia. Word went round the British community, as it probably did in other communities. Don’t say anything. No one could be sure if they were being set up or recorded.

This, what one might call wall of silence, was to be encountered by Yvonne’s brother Philip and his wife. They came to Alcudia to look for answers. There was a Channel Four documentary of a visit they made. They did find some who would speak but were left with the impression that others didn’t wish to.

There was a focus on Gaston D. in that documentary. Around the time that it was made in 2001, the Guardia Civil stated that they were confident he was the killer. This was in July 2001. The confidence must have ebbed. The case was archived by the investigating judge around a month later. This didn’t mean that it was closed, but to all intents and purposes the investigation was at an end.

Seven years later, the case was reopened. This was because of a possible connection between Yvonne’s killer and the murder of Heather Barnett in Bournemouth in 2002. There were some similarities. For example, both Heather Barnett’s breasts had been cut off; one of Yvonne’s had been as well.

Into the equation therefore entered one Danilo Restivo. He was found guilty of the murder of Heather Barnett by a jury at Winchester Crown Court in June 2011. Restivo had been suspected of the murder of 16-year-old Elisa Claps in the Italian city of Potenza in 1993. Nothing was proven. Elisa’s body was not found. Or rather, it was finally discovered - in 2010, just as the British case against Restivo was gathering momentum. There were striking similarities between the two murders. He was linked to Yvonne’s killing as he was to two brutal murders in France, but there was nothing definitive to make this link more than speculation. Dorset Police ruled out a connection, and so the case in Majorca was once again put into the archive.

Twenty years on and the memory of Yvonne’s murder remains fresh. People I’ve spoken to this week remember her fondly. They weren’t friends of hers as such, they just knew her. And she was easy to know as she was commonly to be seen in the bars and on the streets. Yes they also knew about her drinking and her men, but - as was remarked to me - she wasn’t so unusual in either of these regards. Moreover, it had been her life to live as she chose, until it was brought to a brutal end.

There is a sense among some, as Yvonne’s brother felt, that more could have been done in investigating the crime. It has been suggested that the authorities wanted to sweep it under the carpet. This is not my impression, and what the Guardia Civil have said recently confirms this. The head of the investigation at that time has said that top officers were involved, that they worked long days for months, but that somehow they didn’t find the right key to unlock the case.