Now that he is out of intensive care, Boris Johnson will soon return to Downing Street with two major political values enhanced: authority and popularity, both highly prized by any Prime Minister. His enforced absence has exposed a vacuum in his Cabinet, which is so short of Ministers of substance and experience that it looks like a one-man band.

Dominic Raab has been doing a decent job as stand-in, despite a certain woodenness and having to suffer from the anonymous, behind-the-hand briefings to the media from jealous rivals that he isn’t up to the job. Rightly or wrongly, Michael Gove’s name is the first that comes to mind as a likely back-stabber in chief.

I happened the other day on a photograph of Margaret Thatcher’s Cabinet of 1983 and couldn’t help but notice the enormous difference from now in those qualities of substance and experience in the senior figures she could call upon: men such as Whitelaw, Hailsham, Heseltine, Howe, Lawson, Joseph, Tebbit, Prior, Wakeham and Parkinson.

Johnson’s present Cabinet consists of Brexit loyalists. He needs to strengthen it to include people like Said Javid, Jeremy Hunt, David Davis and Ian Duncan-Smith.

Boris himself was showing signs of having grown into the country’s biggest job when he was suddenly struck down, though there are people on the left who will never give him a chance. He has the priceless gift in a politician of appealing across the class and party divide, which he showed when he was twice elected Mayor of London, a natural Labour city.

To lead the country out of the present crisis Britain needs a national leader with his rare combination of human and intellectual qualities and the fierce determination he showed in taking Britain out of Europe. His country needs him back as soon as possible.

A night to remember

When he died this week at the age of 93, Lord Armstrong was described as “the greatest mandarin of his generation,” having been close to three Prime Ministers, Harold Wilson, Ted Heath and Margaret Thatcher. A civil servant who could be respected by both Thatcher and Heath must have had remarkable skills.

His death took me back 43 years to the memorable evening when I first met him. It was at a private dinner, held at the Athenaeum club and addressed by Prince Philip. Our host was someone we had never met before, an extraordinary man called Sir Robert Mayer, a patron of music who had started Concerts for Children before the Second World War and Youth and Music after it. He was already 99 and lived on to be 105, acquiring a new wife at the age of 101.

I asked Sir Robert: “You know so much about music you must be able to say who was the greatest composer – one of the three great Bs or the great M?” His reply surprised me: “I´d have to say Brahms, wouldn´t I?” When I asked why, he said: “Because he was the only one I ever met.”

He went on to explain: “I was studying music at the Mannheim Conservatoire. The winner of the student piano competition played for Brahms and the runner-up sat next to him. I didn´t win,” he said defensively, “because I was so short my feet couldn´t reach the pedals, but I did sit next to him.” Later I checked the dates: Brahms died in 1897, when Mayer would have been 18.

Rather dazed by this, I turned to the topic of Prince Philip’s speech - immigration. “You must have been an immigrant yourself, Sir Robert. When did you first come to this country?” “1899,” he said. I cloaked my amazement with a jokey next question: “Who did you fight for in the First World War - Britain or Germany?”

“First World War, dear boy?” he replied in a puzzled tone. “Much too old to fight in the First World War.” It seemed utterly surreal. There I was, sitting in a London club, talking to a man born when Disraeli was British Prime Minister and Bismarck was the Chancellor of Germany.

I said to him: “You must have been remarkably fit all your life, to be still running around and dining out at your age.” “Oh, no,” he said, “I´ve never been well. I had two heart attacks in my sixties. That was my crisis. Everybody has a crisis at some time in their life: if you conquer it, they seem to forget about you. Have you had your crisis yet?”

Armstrong (then plain Mr, not yet Sir or a Lord) had sat silently amused by our exchange, which we cheerfully recalled whenever we met in later years.

One month ago I wrote here: “God save Eddie Jones.” At the time the head coach’s contract with the Rugby Football Union was about to run out and voices were heard – led mainly by the rugby correspondent of the Sunday Times – that he wasn’t the right man to take England to the Rugby World Cup in 2023. 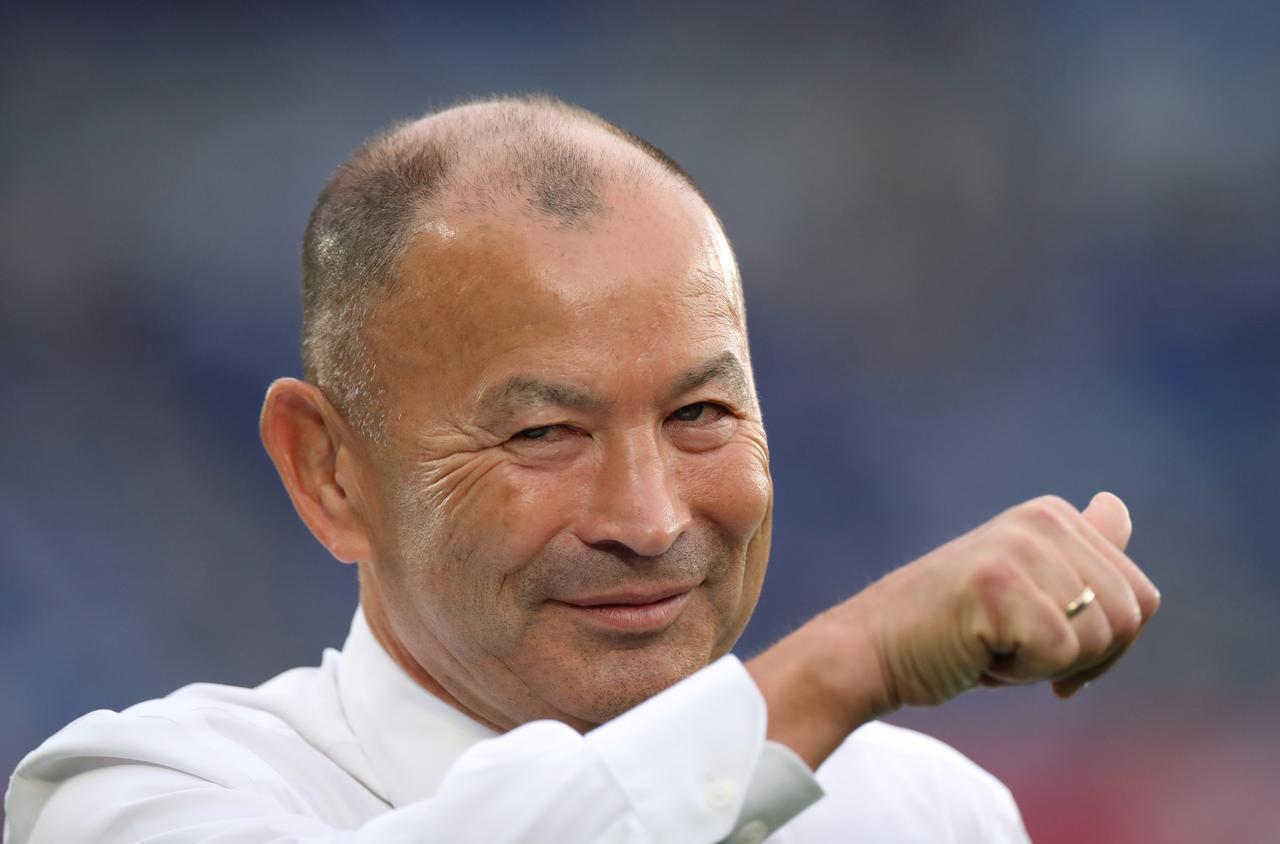 I expressed amazement at this opinion and reminded everyone that the team he coached had just been runner-up in the RWC and won the Triple Crown. He also had the best winning record of any England coach – even better than Clive Woodward. He had coached Australia to the final of the RWC in 2003 (beaten by England, of course) and had been in the coaching team that won the title for South Africa (over England) in 2007.

I surmised that much of the media opposition to Jones was caused his abruptness with the rugby journalists and his refusal to take them into his confidence over selection and tactics. To seek his removal for such reasons, rather than for his team’s performance on the field of play, struck me as arrogance and folly of the first order,

I’m delighted that the RUF have ignored these siren voices and stuck with their man until the next World Cup.

The return to work of construction workers surely does not include reformation of apartments where a builder is working amongst people living permanently next door to all the noise and dust created by cutting and drilling machines. Can any one clarify the rules on this type of construction.