The fires in the soul of Majorca

Pep the donkey at La Trapa after the fire. | T. AYUGA

Do you remember Pep the donkey? Do you recall how we cheered at the news that Pep had survived but were saddened at the sight of his surveying the devastated land? What was Pep to eat? Everything had been burned.

The story of Pep was one that emerged during and after the great fire in the Tramuntana seven summers ago. There had been fears for Pep. He lived on the finca of La Trapa. He was a working donkey in that he ate weeds to keep the land clear. This clearance work is an essential aspect of forest management. It is fire prevention work, or rather it is work intended to prevent fire from spreading. Pep needed a new home, and he was to find one. But now that we knew about Pep, we would have preferred him to stay where he was, where he was part of the effort to keep this emblematic part of Majorca safe from the devastation of fire.

La Trapa is named after the Trappist monks who came to the valley some two hundred years ago. They built a monastery, they built dry-stone walls, they created a water supply system. From their monastery they could look across to the island of Dragonera. Their endeavours were such that they created somewhere emblematic, an essence of Majorca that was to be acquired by the environmentalists GOB with the help of public subscription. GOB run the finca, but it is in a sense everyone’s finca, so when La Trapa burned in 2013, as it had in 1994, it was everyone’s concern. Pep was a symbol of that concern, which for days in late July 2013 held us captivated by the horror of the fire; it took eighteen days to completely extinguish it.

There are places in Majorca which sit deeper in the souls of the people than others. La Trapa is one; Albufera is another. Both have their special resonance for the people who live locally, of course they do, but they are places that are the essence of the island. They are very different places. They couldn’t be more different. Mountain versus wetland. The terrain is totally different and has produced distinct cultures defined by the physical characteristics; distinct but at the same time part of a whole.

La Trapa and Albufera are examples of how inhospitable land was conquered. Before the monks arrived, the Tramuntana landscape had been shaped by the Muslims and the early Catalan conquerors. The monks were to follow the patterns established over the centuries - the hydraulics, the terraces, the paths. In Albufera it was to be British engineers who provided the definitive intervention in wetlands that bred disease - malaria.

But this foreign involvement only served to strengthen the story of Albufera, a place absolutely rooted in the history of the people of Alcudia, Muro and Sa Pobla. And there was to come a time when the intervention had to stop. The reclaiming of Albufera had created something that was alien - a residential and tourist development that was one of the most ambitious ever undertaken in Europe, let alone Majorca or the rest of Spain.

In 1988, the Albufera Nature Park was declared. There have been subsequent expansions with the aim of preventing intervention. The ambitions for that project in the 1960s, the City of Lakes, had extended well beyond what was to be its limit in Playa de Muro. 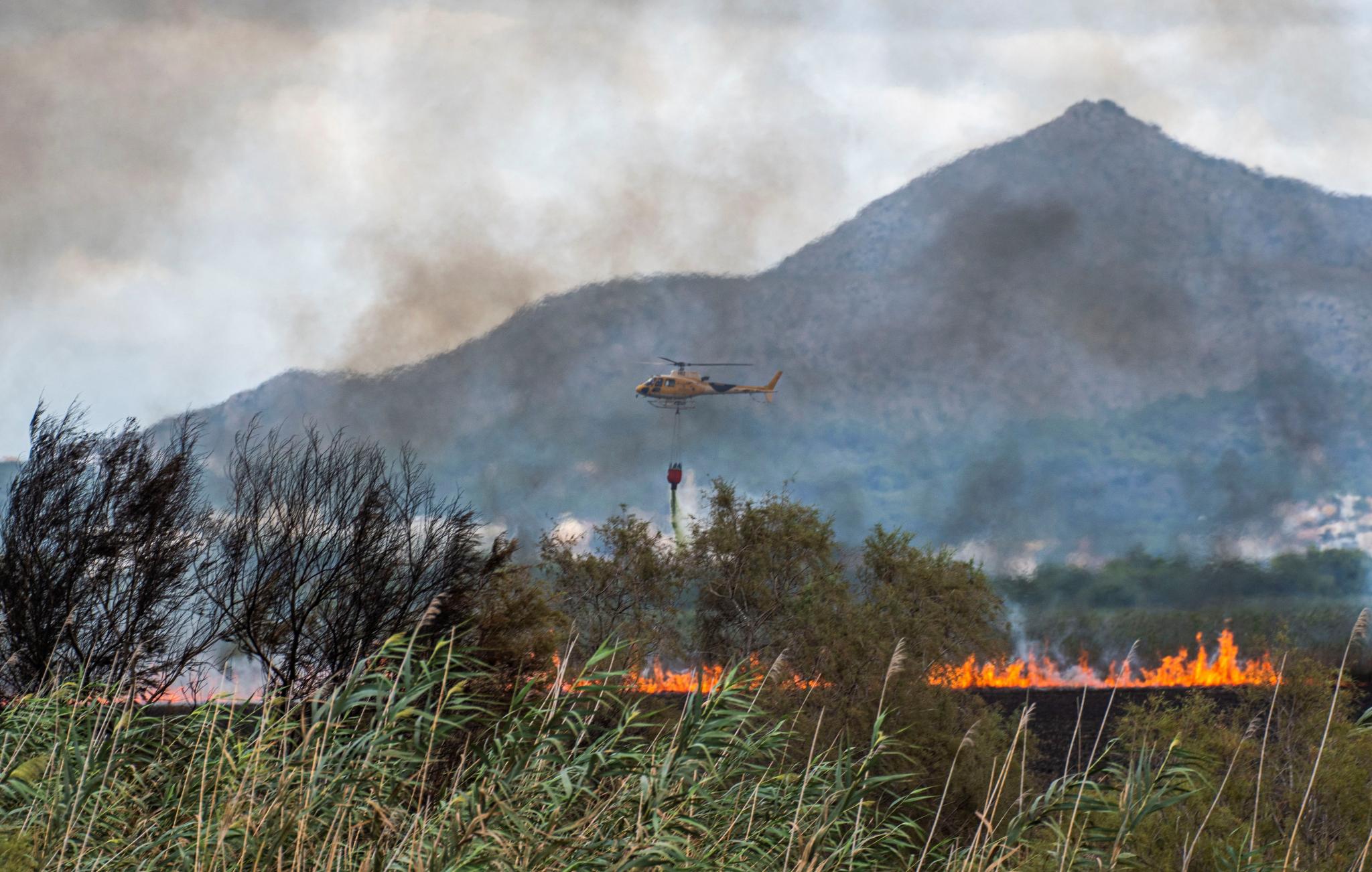 At the weekend, 438 hectares of Albufera were destroyed by fire. This destruction was under 20% of the area affected by the 2013 fire in the Tramuntana. It was more than five times the area of La Trapa, seventy per cent of which was burned in 2013. The magnitude was thus much less but also much more. The Albufera fire didn’t grip the island in the same way as the 2013 fire because, for one reason, there wasn’t the massive operation that there had been seven years ago. Nevertheless, it was a fire that struck at the soul of Majorca in just the same way: another emblematic part, another essence of the island, and another reminder of the fragility of the natural world.

There were recriminations in 2013. They had to do with forest management and resources for this management. There will be recriminations because of the Albufera fire. The park’s management and resources have been a topic for years. But whereas the mountains can benefit from a management that can effect more by the way of fire breaks, Albufera is different. It has natural fire breaks, the water, but how could it be shaped without in fact attacking the very essence that was to be maintained by that 1988 declaration. And even with intervention, how can you stop the wind, a key factor both in 2013 and at the weekend?

Perhaps it so that these fires in the soul will occur now and then; a reminder of how much these emblematic places mean.