I imagine that, by now, we have all come to appreciate that international travel by plane is subject to short-notice regulatory and operational change and therefore to the confusion and chaos that can ensue as a consequence of this change. While quarantine requirements remain in place in certain countries, testing - in principle a means for avoiding a need to quarantine - has now become a further source of confusion, owing to the regulations and operations attached to it.

The Spanish government, clearly enough it has to be said, stated that a negative PCR test would be necessary for travellers arriving from countries deemed to be risks. In making this announcement, the government added that there would potentially be fines for anyone arriving without proof of such a test. It also stated - or Aena, the airports authority, did - that there would not be testing at airports.

Suddenly, however, there were to be tests at airports. The national ministry of health was, for example, to provide over 25,000 rapid antigen tests at Palma’s Son Sant Joan. This announcement made, and some interpreted the provision of tests at airports as meaning that they didn’t need to bother with the PCR test before travel. They were wrong to have made this interpretation, but you could understand why they might have come to this conclusion. The tests in airports are for travellers without proof of a negative PCR prior to travel, but not as an alternative - as a check to see if travellers are positive or not.
Operationally, therefore, there will be - as from this coming Monday - provision for tests at airports that the government and Aena had been declining to make for several weeks, months even.

A strange thing about these tests, however, is the fact that they are the rapid antigen variety. Cheap and quick by comparison with PCR tests, they are the type of test that many in the tourism industry now want for travellers from their points of origin. The cost and inconvenience of PCR threatens travel, and especially to the Canaries, where they are rightly concerned about their high season. The tourism industry’s argument, and it is a perfectly reasonable one, is that if the antigen tests are good enough for travellers arriving without proof of a negative PCR test, then why aren’t they good enough for travellers in their countries of origin? They are vastly cheaper and they don’t involve the same rigmarole as PCR.

The government was therefore being inconsistent, and it should be noted that the health ministry - which has changed its testing criteria - considers antigen and PCR tests to be equally valid; within Spain, that is. In some regions of Spain, the use of antigen tests for the general population is increasingly widespread because of the cost and simplicity.

The CEHAT confederation of hotel associations took the somewhat unusual measure of launching a Change.org petition to try and persuade the government to change its decree which mandates the use of PCR tests and to allow antigen tests instead. It may not be lost on some that the president of CEHAT, Jorge Marichal, is also the president of Ashotel, the hoteliers association for Tenerife, La Palma, La Gomera and El Hierro. The Canaries have been doing absolutely everything they can to try and ensure that they have a reasonable high season, and the PCR requirement was the last thing they needed; hence the Canarian government has asked Madrid to allow antigen tests prior to travel. So, perhaps the CEHAT petition will succeed. You never know, given how swiftly regulatory and operational change can come about. 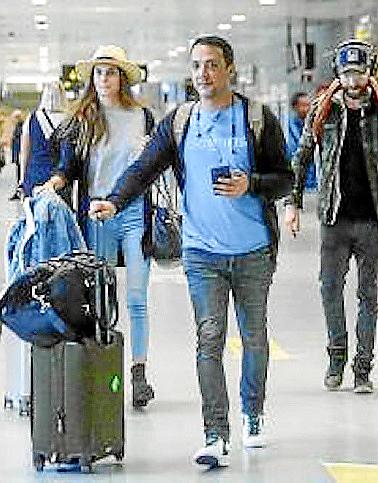 The Canaries, meanwhile, were considering protocols for people returning to the islands for the Christmas holidays. The regional health minister suggested that the government (with the collaboration of island councils) will stump up and pay for people to have PCR tests; in many instances, they will be students. If the PCR tests are not possible, then there will be antigen tests at airports. Did this imply, therefore, that if you are a Spanish national travelling from a risk country, there isn’t the same rule that could lead to a fine?

The Canarian parliament was also discussing what happens with people arriving from mainland Spain, for whom there are absolutely no controls and therefore no requirements for tests of any variety. In the Balearic parliament, this matter cropped up on Tuesday. President Armengol stated that she was “convinced” that the same testing regime that applies to foreign travellers will be introduced for national travellers as well.

It has been recognised that there is something of a “constitutional” issue with this sort of control, but word coming out of Madrid hints that a way round it may be found. But if it is, there are bound to be calls for testing to be the cheap antigen sort, and if that were to be the case, then Madrid would be doubly inconsistent if it didn’t amend the requirement for foreign travellers.