Face off and Let it snow

A close journalist chum who is a great believer in aesthetic treatments and has had countless procedures carried out as part of her work, has had a sudden wakeup call of the worst kind. She had decided to try out a new treatment where powerful lasers penetrate the skin to help heal and promote collagen. Something went horribly wrong and the protective goggles she was given somehow failed to save her eyes from being affected by the lasers. Her corneas were badly damaged and scarred and she was left in agony. A few months on she is still recovering at home but is listless, still suffering from terrible shock and unable to concentrate on her work. She is a beautiful woman – with or without treatments - so it is shocking that in trying out treatments to assess their safety for her avid readers, she has ended up in such a pickle.

It’s amusing to compare when we get together as her skin is flawless with not a line anywhere whereas I have laughter lines, blemishes and freckles here and there. Much as I admire how she has carved a brilliant business on the back of trying out such treatments, and looks so good, I am not remotely persuaded to follow the same path. Aside from the excruciating cost of these so-called non-invasive treatments, there is a hidden risk that even leading practitioners don’t like to discuss.

For example lip fillers of any kind if injected in the wrong area can cause blood vessels to get blocked and lead to blindness. Of course, only a tiny proportion will be affected but any such risk would terrify me. And then there’s the maintenance. All these, fillers, Botox, lasers and internal threading of the face to keep it taught and line-free need to be maintained so it’s not even a one-stop shop.

My friend is slowly recovering but the incident has demonstrated how even such a pro who uses only the best practitioners can have a seriously bad experience. There’s nothing wrong with having aesthetic treatments and several of my friends do so very successfully, but being aware of the risks and the validity of the practitioner, is paramount.

Scores of friends in the icy UK have put on a brave face and sent me images of snowmen they’ve made while they grin to camera bulked up with thermals, woollens, scarves, snow boots and mittens. And so they chatter on Zoom with plenty of hyperbole. Oh, isn’t it nice to have a change of weather? A little snow is so invigorating and pretty, don’t you think? Oh how glorious to have snow fights! I’m happy for them all but the only snow I want to see currently is firmly clinging to the peaks of the Tramuntanas and there may it stay. 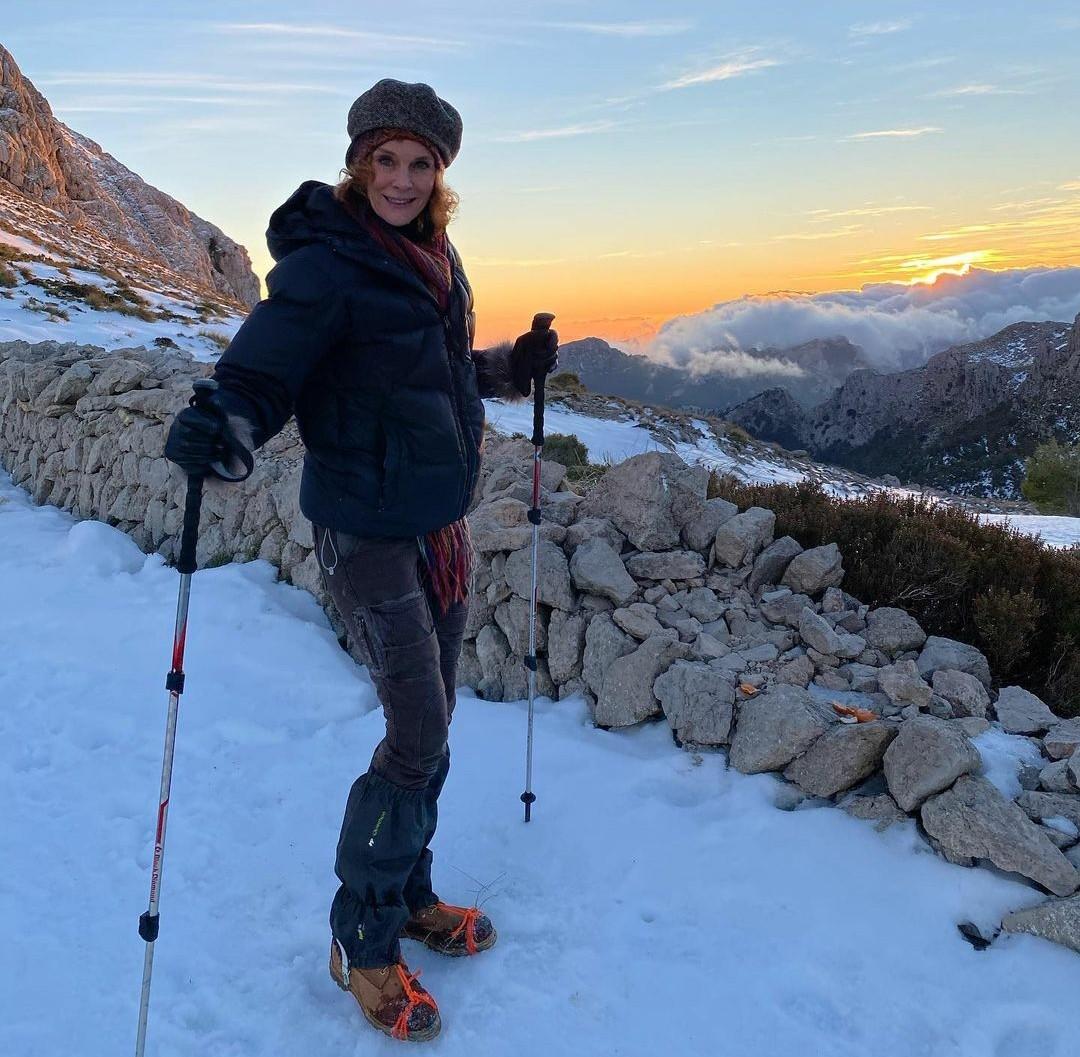 Freddy, believed to be the world’s tallest dog, according to The Guinness World Book of Records, has sadly died. He was a Great Dane measuring 7ft 5 inches in height and easily towered over his Essex owners.

Aside from losing their beloved pet, I imagine the couple who owned Freddy will also be taking a financial nosedive. When I was an adjudicator at The Guinness Book of Record (yes, it was called ‘book’ in the heady days when founder Norris McWhirter was editor) record breakers such as Freddy were often worth their weight in gold.
During my time at Guinness I’d often appear on children’s TV programmes with the BBC’s popular Blue Peter show topping the list. Children in those days were always trying to break records in order to get into the famed tome and producers needed an official adjudicator to verify whether they’d made it. Of course, very few did, but it afforded great PR to go on these programmes and remind viewers to go out and buy the world’s bestseller for their nippers come Christmas.

On one occasion, I had to accompany the owner of the world’s largest dog on the show. He was a massive mastiff and his Greek owner was very insistent about him being kept calm and relaxed at all times. As the old adage goes, never work with children and animals. The poor old mastiff took a dislike to a BBC concierge who shouted and hounded (sorry) the owner and dog after they went through security without awaiting badges. The angry dog nipped the man on his bottom and it caused all manner of uproar, though it was one of the funniest incidents I witnessed during my time at the book.

The producer insisted the show must go on and we were all rushed into the studio with me gulping down giggles. Peace reigned and the big beast was utterly well behaved in front of the cameras and rolled on his belly like a happy pussy cat. His owner became a minor celebrity in his own right and of course made a lot of bucks on the back of his pooch. It will no doubt have been the same for Freddy’s owners. There are advertising and promotional deals all over the world for top record breakers and many I met gave up successful careers for a far more lucrative life on the road.

The power of The Guinness Book of Records began to wane some years after Norris (and I) both left. It was sold a few times and the new owners never understood what the great McWhirter had wanted to achieve. Ultimately he created a fun yet brilliantly accurate global reference book of records that has now sadly become a shadow of its former self. Commercialisation, and sensational newly created records have lent it a tawdry tone. If Norris were alive today, he’d have a great deal to say about the current incarnation and I fear it wouldn’t be complimentary.