I think it was about a month ago that I first did my sums and reported in this column that even at the then promised level of the vaccine ‘roll-out’ - most island based people would be waiting an awfully long time for their Covid-19 vaccination. Since then, the EU establishment has sought to blame the United Kingdom for acting swiftly and decisively - and in turn Spain, like may other EU nations has felt the need to berate Brussels for its tardiness in getting this vast exercise moving. With the local catering and hospitality industries the most vulnerable to any type of restriction in tourism - is it any wonder that those involved are desperate for visitors to start coming to these islands once again?

However, putting all other problems to one side, it surely can’t help the situation that as we move towards the summer, we as a prime tourism destination can’t point to even a modest vaccination rate here in the Balearics? Perhaps at the moment this doesn’t matter as much as it will further down the line, but the time will come when lockdowns and social limitations have served their purpose and what will matter to the traveller, their airlines - and their insurers, will be just how ‘safe’ their destination, is - in terms of the vaccination levels. This will undoubtedly be the next challenge and so it might make a lot of sense for the authorities, for once - to get in-front of the curve on this upcoming challenge. There is one thing not being able to organise a p***up in a brewery - quite another matter failing to organise a vaccine in a pandemic!

On a lighter note; why is it that I am the only man I know who - a) is happy to go shopping in a supermarket with a woman - and b) takes a worrying delight in shopping all by himself? I never even thought about it before, until a woman I know stopped me in the wine aisle in Mercadona and challenged me to explain myself. It seems that this ladies husband in over 25 years of marriage has, to her certain knowledge, never set foot in a supermarket during the whole of that time.

What to say! Should I admit to her that I like shopping, or deny myself thrice, claiming that I’m made to do it by an unsympathetic woman oblivious to my embarrassment? Well, the truth is that I really enjoy shopping and like to make elaborate lists and am no stranger to pretty well all the well known stores at this end of the island, having an encyclopaedic knowledge of what they do and don’t have on their shelves. 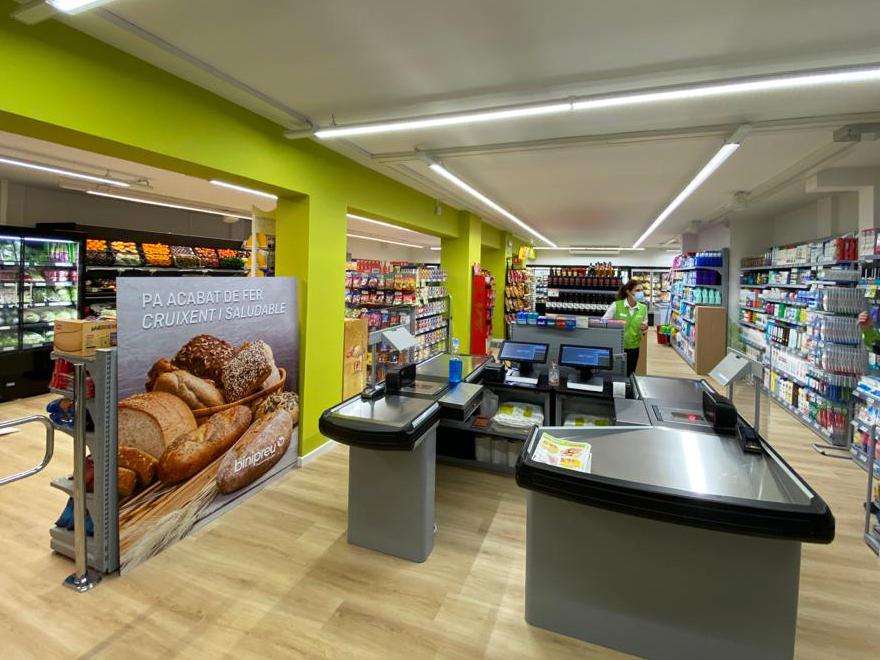 Whilst I’m at it - why is it pray, that not one island based supermarket has everything an average household might want in its weekly shop? Go on - answer me that! Indeed, for some time now I have been getting quite excited that a well known ‘low-cost’ German retailer is opening a new store not 5 kilometres from where I live in the near future. Not the sort of thing a chap likes to slip into the conversation upon finishing a manly game of tennis with his pals for obvious reasons.

NOT A HAPPY BUNNY

Indeed, it has to be said that over the years I have become somewhat of an expert in the field of retail sales. Have you ever noticed that supermarket managers are usually funny little men who sweat quite a lot and hover about by the checkouts? If your store has a butchers department and you ask the bloke to freshly mince some beef for you - nine-time-out-of-ten he can’t be bothered to do it, and will just point at those three day old packs in the freezer and pretend that he doesn’t understand what you’re talking about.

As I’m warming to my task - in some supermarkets they send a mad woman around the store on one of those sit-down industrial cleaners. The chances are that she will pursue you around the store and every time you come the end of an aisle she will appear, ready and willing to mow you down. But finally, spare a thought for those who are condemned to work on the fish counter. Their ill fitting sou’wester’s and baggy stripped aprons do nothing for them aesthetically and what with the all pervading smell of fish and oversized wellington boots you have to feel sorry for them don’t you? I bet they never have sex.

Perhaps, that’s why most of them look like they might kill someone very soon if provoked. In fact, when you think about it - all life is there for all to see when you go shopping. While I am talking about shopping, here’s a moral challenge for you. When is it right, proper and appropriate to let someone ‘pass you by’ at a checkout because they only have a few items - indeed, how do you judge it? Is it the workman with the can of coke and packet of sandwiches, or the heavily pregnant mother of two lively kids? I once let chap pass with just three items clutched in his hands and an appealing look on his face - as I let him go ahead, his haughty wife then turned up with an overflowing basket. Suffice it to say - I was not a happy bunny!

LET ME KNOW WHAT YOU THINK!

I must say that I was slightly disappointed that the current limited lockdown regime has been extended for another couple of weeks although I do understand the reasoning behind the decision. This is not to say that I would be looking to go ‘clubbing’ at any time soon - as in the winter months (any months really!) I don’t ‘Do’ after dark! However, I do miss having a coffee or a beer when out for an afternoon stroll in our corner of the island and to be quite honest, in a well regulated cafe, I can’t see why it cannot be possible.

Nevertheless, this is a small gripe as the authorities try to grapple with the pandemic. Over the past few days I have received a number of phone calls and emails from various readers complaining about the inconsistencies of the present protocol and the general unfairness they claim it is causing to those who wish to run their businesses in a safe and orderly manner. I will be writing about these and other concerns that have been brought to my attention in Friday’s ‘Frank Talking’ column.