Left hanging on the telephone? Holiday hopes and fatboy slim!

"I wonder just how much money all these institutions save themselves"

I have noticed via social media that quite a few islanders are in the midst of a seemingly one sided battle with airlines who have happily taken their money and now seem unable or perhaps unwilling to refund their money. I do appreciate that the whole compensatory situation when flights are cancelled or endlessly postponed is fraught with difficulties - not made any easier it seems, by air carriers refusing on some occasions to even discuss a clients claim - to making it as difficult as possible to even contact them at all.

Indeed, I was nudged into writing this by a reader who has been trying to sort out compensation for a flight that didn’t happen in the spring of last year. To be fair, I have a friend who has just been compensated for a lost flight - but, I can tell you now that this woman was very determined indeed to get what she was rightly owed by the airline in question. It seems to be that unless you are totally focussed and have the ‘Patience of Job’ - and crucially can make free WhatsApp type calls, your chances of satisfaction aren’t that high, in fact hovering around the zero mark.

And it isn’t just the airlines either. On a personal level, banks in the United Kingdom appear to have a convoluted and time consuming system that will have a customer hanging on the phone for a very long time indeed. Yes, there is always a recorded disclaimer regarding the pandemic and the fact that because of the present situation you have to be patient - yet, it was the same situation pre Covid-19 i.e. waiting on the phone for quite literally hours sometimes - or more likely until when a customers patience evaporates altogether.

I wonder just how much money all these institutions save themselves by making it almost impossible for a customer to either make a claim, or - gather important information regarding their cancelled flights and the whereabouts of their money. Another reader who’s husband died in late October has had real problems in sorting out his UK bank accounts because every time she tries to contact the bank involved she is left hanging on the phone for ages.

This lady, like many others doesn’t have a free phone service and she estimates that she has phoned her late husbands bank at least twenty times and if she does eventually get through, she is inevitably told that she has been - “put through to the wrong department.” I think we’ve all been there at sometime or another. But come on - it really isn’t good enough is it?

Most weekends we talk to members of our extended families, from brothers and sisters, to assorted sons and daughters and their spouses and I have noticed in the past few weeks that there is one continuing conversational theme with most of them. What is that then? Holidays, yes holidays! It maybe that this present UK lockdown is being felt a lot harder than the one last spring. Indeed, a sort of weariness with the whole situation, made worse by the appalling weather lately seems to have had a negative effect on our loved-ones at least.

A brother who is desperate to get away to a twice postponed holiday in the Far East and a sister who is hoping against hope to get to Majorca before the autumn are just two examples in one family. I have to say that with our sons and daughters they are presently more concerned about getting our grandchildren back into school than fantasising about foreign travel - but, come the summer no doubt that will all change. In saying this - if they had watched the daily Covid-19 news conference update from Downing Street on Monday they will not have been happy at what they were being told. 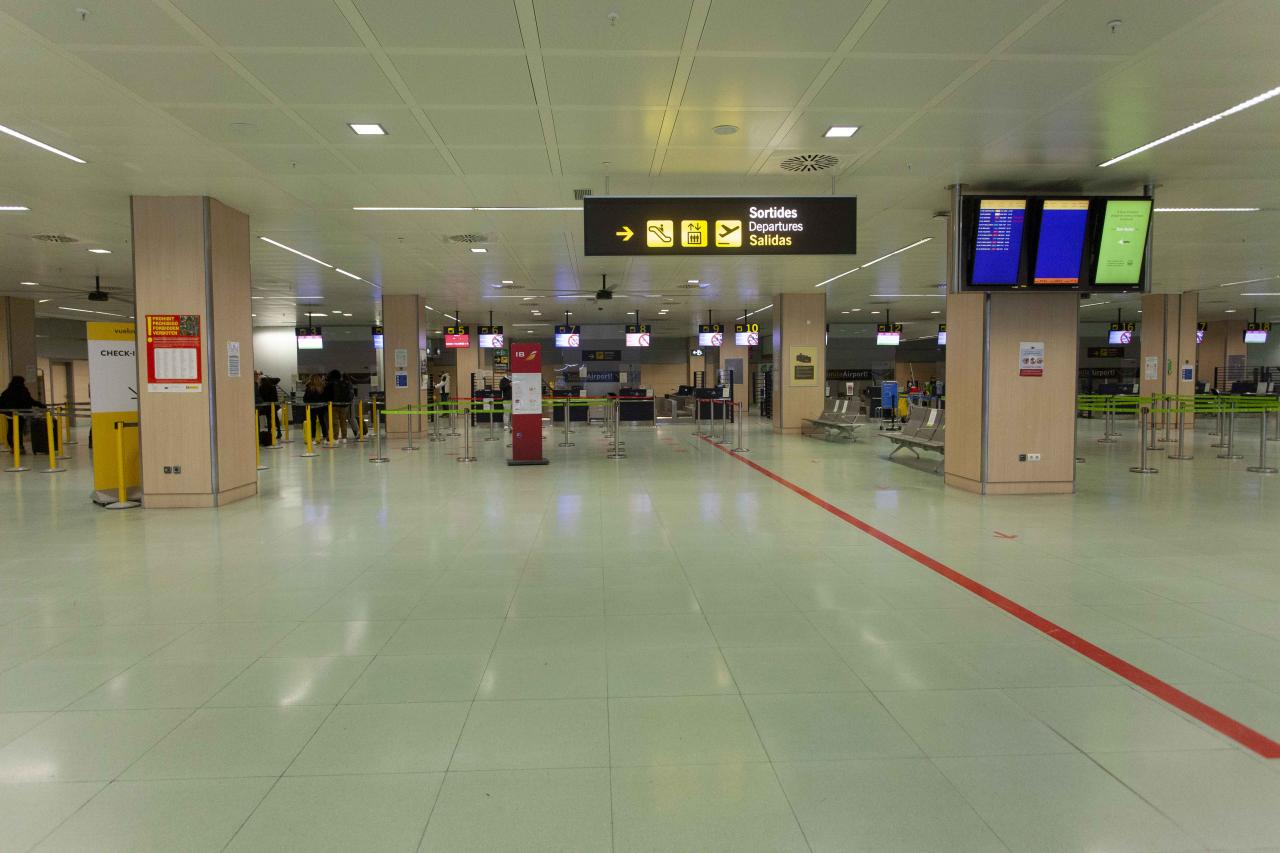 England’s deputy chief medical officer, Professor Van Tam, announced for all to hear - “The more elaborate your summer holiday plans - the more likely you will have to cancel them.” I suspect that travel industry executives felt like pulling their hair out - and many a family would have groaned with disappointment. But, as things now stand, Prof Van Tam was only stating the obvious surely? Nevertheless, it would be silly of government (any government) to underestimate the desire of ordinary people to even to dream of a holiday abroad at the moment.

I am relieved to report that all those who have given something up in January e.g. Dry January - Veganuary - etc, etc - have now happily gone quiet as they glow with inner satisfaction at their complete wonderfulness over the past month? However, self improvement and sacrifice didn’t come to an end as we entered February - in fact some of us have undertaken to forsake certain earthly pleasures this month and as it is a short month (three days shorter!) the theory being, it can’t be that bad, now can it? For myself, I have pledged to lose a few kilos gained during various lockdowns and after just over a week I’m not doing too bad.

As I play tennis and like to go on occasional bracing country walks, my main aim this month is to stop eating and drinking stuff that will eventually appear around my waist. Nevertheless, as I am not a complete fanatic, I have only given up beer for 28 days, not wine! I have to say that my nemesis when it comes to weight gain is cheese. Yes, cheese - and when consumed with large hunks of bread smothered in butter, I swear that I can actually see the outline of it across my man boobs. Alas, other foodstuffs I rather like have had to go, such as cakes, biscuits, chocolate, potatoes - anything vaguely tasty in fact. However, I’m told that I am becoming a bit of a bore already as I announce loudly every morning my current weight as made plain by my bathroom scales.

Can I give you a tip? If you get on-and-off your scales a couple of times - I have noticed that they miraculously start giving a slightly lower figure than at the beginning of the exercise. As I religiously write my daily ‘score’ in my diary, a woman I know tells me that I should only weigh myself once a week and I shouldn’t be on a diet as such - as it is better to seek a change in my “relationship with food” whatever that’s supposed to mean. Wish me luck!