Vaccine passports are the latest in a long list of Covid-19 related issues that have swirled around us since the tentative start of the vaccination process. Personally, I can see the common sense in such a move in that direction at this stage in the process of getting tourism and travel moving once again.

With the United kingdom seemingly proceeding very quickly in getting age-group after age-group vaccinated without too much fuss, hope maybe at hand in saving this years summer season. However, we sometimes have to remember that Mallorca attracts more German tourists than Brits year on year and so we - perhaps, all need to hope that German efficiency will overtake Brussels complacency in getting their citizens ready and able to travel and holiday here within the next few months.

Understandably, most of our thoughts at the moment are with finding the best way to get people to stay safely here on the island, hopefully in the near future, and whilst that clearly must be a priority, what about ‘traffic’ going in the other direction? Although there appears to be signs that the vaccination effort here in the Balearics has intensified somewhat, as a man of a certain age I would have been done-and-dusted vaccination-wise if I were living in the UK at the moment.

Whereas, here on the island it could be quite some time before I get a jab. This is not to complain particularly - but to merely state an obvious fact. Indeed, if vaccination passports become an essential part of international travel in the near future, many of us could be willingly or unwillingly kicking our heels here on the island for quite some time in the future. I only say this because, quite rightly at the moment ‘incoming’ from outside of Spain is perceived to be more important than ‘outgoing’ but for who - and for how long?

Is there something in the Air?

It’s a little bit early this year, but - I’ve noticed that two late winter and early spring phenomena have already arrived on the island. First up - we have that yellow/green powdery pollen that is blown from fir trees at any hint of wind - and we have had quite a lot of wind on the island so far this year haven’t we? Just yesterday, I thought a large fir tree in our garden was actually ‘on fire’ until I looked closely and could see that it was pollen billowing out from its branches not smoke.

It happens every year, so perhaps I shouldn’t be totally surprised that all our outside surfaces have a sort of yellowish film attached to it along with a permanent coating on our cars. Then we have the very recent arrival of the reddish sand, blown in (I’m told!) from the Sahara desert that accompanies any rain from a southerly direction.

As I am at the very edge of my geographical knowledge here, it might be best if I keep my thoughts to myself, save for the undoubted fact that my modest swimming pool is already looking somewhat cloudy and dirty around the edges.

In fact a friend of mine on Sunday last, informed his social media buddies that the misty weather we had that day, was in no small part to do with clouds of fine sand from North Africa. Could this be true? Anyway, as Sunday afternoon is my traditional time-slot to talk to our families in the UK I happened to mentioned all this to my rather cynical son, who scoffed at my complaints. 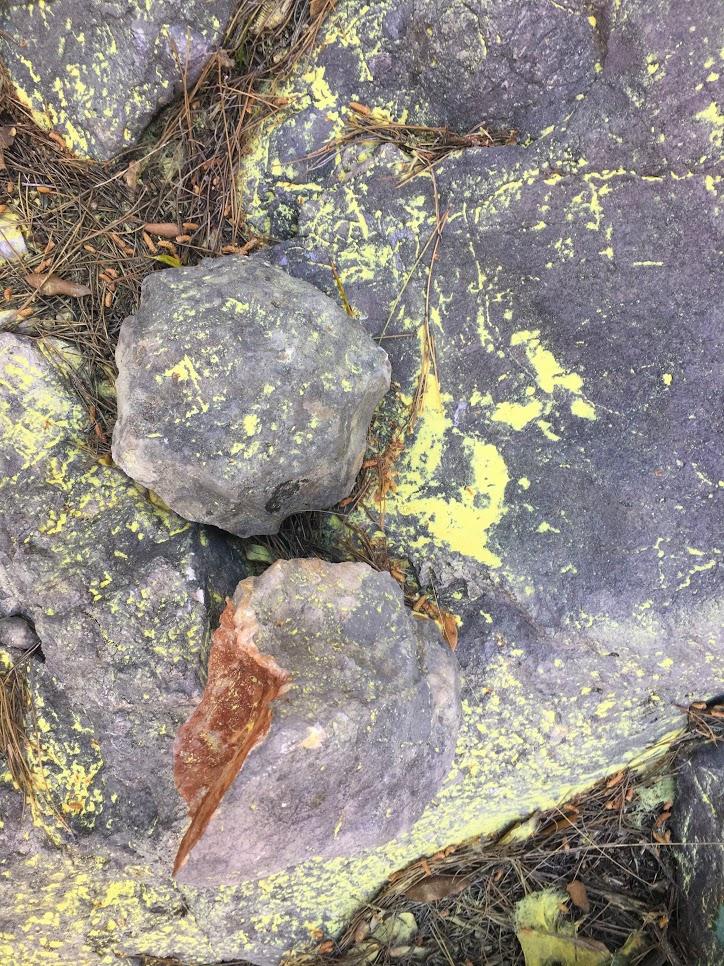 Indeed, he went on to state, rather ungraciously I thought - that it hasn’t stopped blowing a gale, pouring down with rain or snowing in Blighty for the past six weeks and beyond, and he, his wife - and their two young sons can’t get out of the house even if they wanted to. After that, I thought that I’d better not mention to him our lovely beachside walk on Saturday afternoon in 21oC - as discretion is sometimes the better part of valour, is it not?

Smoke gets in your eyes

I may have mentioned this subject once or twice in this column, but my neighbours up-and-down the valley where we live, are - I believe, pyromaniacs, every man-jack of them. For months now, weekends are dominated by clouds of woodsmoke eerily rising from the valley in silent tribute to bored small-holding owners.

I can see them now saying to their wives over breakfast - “I think I’ll go up to the finca in the valley where Frank lives this morning and set fire to something - what do you reckon dear?” I kid you not, some days in this general vicinity you will spy smoke billowing from every possible direction.

It rises like a throat catching pall above everything, some would say that it’s a rural necessity, others would take the view that it’s a weekend pastime, the sort of thing one does when having a place in the country - a pyromaniacs paradise. 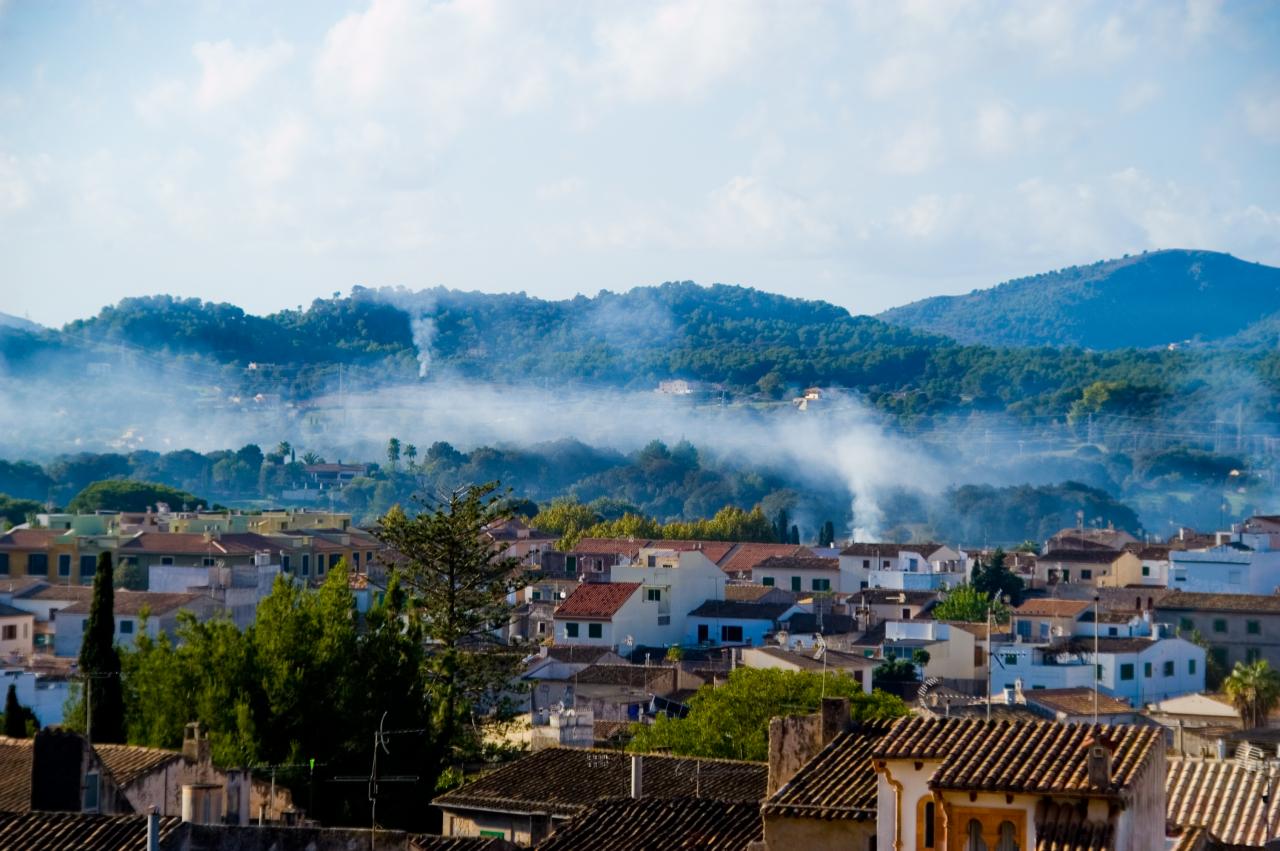 So then dear reader, what with the pollen from fir trees and rain borne sand from the desert and the dangers of smoke inhalation, my face-mask is coming in very useful at the moment as I cough and choke through these seasonal assaults on my sensory senses - if you see what I mean?

I like to think that I am a committed, if modestly gifted tennis player of many years standing. Indeed, such is my keenness to keep active and vaguely fit, I have also taken up paddle tennis to beat the boredom induced by this latest lockdown. Happily, Julie is an equally keen tennis player, but mostly we don’t mix across our individual groups as - well, we just don’t.

Anyway, last week her group of women were shorthanded and needed an extra player to fill in on court. After deep and meaningful consultations with my mates I accepted the invitation to play and even coerced another pal to fill another gap in the women’s squad. What can I say? After the first few minutes of feeling slightly out-of-place I enjoyed it immensely and crucially put a hold on some of my swearing and racket throwing which sometimes mars my game.

As I say, this was not just a normal mixed doubles games - but, six women with two blokes just fitting in around them. After we had finished I was asked how it went and how did I feel? Only to confess that I was carrying a stomach muscle injury throughout the session. “How did you come by that?” a lady friend inquired - Well, you try and hold your stomach in for two hours and see what happens!