Brilliant diaries of a nasty man

A LARGE package arrived from Amazon this week that is providing me with a thousand pages of pleasure. It is the first of the three massive unexpurgated editions of the diaries of “Chips” Channon, edited by Simon Heffer, that will be published over the next year or so, 63 years after the author’s death. They are a sensation and, in my view, the most welcome publishing event of the year.

I first read “Chips” Channon’s diary in a brief version published in 1967 and decided then that he was the best diarist I had ever read. If one excludes Pepys and Boswell, he has no peer.

But the new edition shows that the family (and Channon’s former lover, Peter Coats) had heavily censored the original version, partly to avoid offending people who were then still alive.

But they didn’t even allow the editor, Robert Rhodes James, to see much of the handwritten manuscript. James wrote in his introduction: “The full diaries are not really scandalous and I omitted very little of historical value.” It is clear now that he was badly wrong on both counts.

When I was young I read novels, inspired by Susan Hill, now an esteemed literary figure herself, whom I first met when my sister brought her home from school for tea at our house in Coventry. Susan used to visit me in Cambridge and recalls me saying, at the age of 19, that I intended to be Editor of The Observer (an ambition I was to achieve 17 years later).

At The Observer I met a number of young novelists, such as Michael Frayn, Martin Amis and Julian Barnes, who were working as journalists. I also became friends with Melvyn Bragg and met Kingsley Amis at the Garrick Club.

Then I moved on to biographies, of which I still read a fair number – the latest was a massive tome on Tom Stoppard, the playwright. I have been utterly charmed by two books by Ferdinand Mount, which I recommend to everyone: Cold Cream, a memoir, and Kiss Myself Goodbye, a search for the secrets of his mysterious Aunt Munca.

But the diaries always call me back, which is why the complete “Chips” Channon is such a delightful surprise. Like many good diarists, he is a bit of a snob with an acid tongue and, if truth be told, not a very nice man. I have to agree with a reviewer who described him as “a nasty piece of work.”

Nonetheless, or perhaps because of this, he is compulsive to read.

Here he is on the Nazis, whom he saw at close hand: “The atrocities in Germany cause little excitement really, the latest Jew-baiting, the alleged sexual perversions and outrages – who cares?

I am pro-German: I find myself mysteriously drawn towards the Teutonic race.” When he met Hitler, he wrote: “One felt one was in the presence of some semi-divine creature” and described Goering as “loveable.” None of this, needless to say, appeared in the bowdlerised 1967 version.

The diary opens in 1918 in Paris, where he is attached to the British embassy. His job, and doubtless his many letters of introduction, gained him access to the salons of Princesses and Duchesses that sound like the world of Marcel Proust. In fact, at one dinner he finds himself seated between Proust himself and Jean Cocteau.

He is equally at ease in London society, where he moves with all the social graces among royals and lesser aristocrats, meanwhile pouring abuse and vitriol on them in his diary. He describes the Duchess of Westminster as “a cockroach” and the Wellesley family as “bourgeois” and “uninteresting common people.” He adds: “Really, I am only at home with royalties.”

He met the leading politicians of the day, such as Churhill, F.E.Smith, Curzon, Asquith and Balfour. He worshipped Neville Chamberlain and described Churchill as “dangerous and a devil who must not be trusted.”

Channon was American, the son of a rich Chicago businessman, and changed his nationality when he married a Guinness heiress and became a British MP, rising to a junior role at the Foreign Office.

Although he is bisexual, he reports openly on his visits to brothels with his posh, gung-ho friends and writes an amusing account of seducing Tallulah Bankhead in her theatre dressing-room.

At the root of his appeal, I suspect, is the curiosity that makes us all want to read other people’s secret diaries.

My first article in a national newspaper appeared in The Observer in 1959, which is 62years ago. A publisher has decided to mark the event by issuing a collection of articles I have written over that period. It’s called Heroes & Villains (Galileo Publishing) and can be obtained through Amazon.

The UK price is £17.99, but anyone on the island can have a copy post-free for 15 Euros by emailing me at donaldtrelford@yahoo.co.uk.

I was hesitant when the idea was first put to me by an old friend, Brian MacArthur, a distinguished journalist who sadly died last year. I thought I had been too busy editing other people’s copy to have written enough articles myself to justify a collection.

But when I went through all my files I found there was plenty, even if I excluded my 15 years of sports articles for the Daily Telegraph and the pieces I have written for the Bulletin for the past dozen years or so, or the many media columns I wrote for The Independent and the Evening Standard. 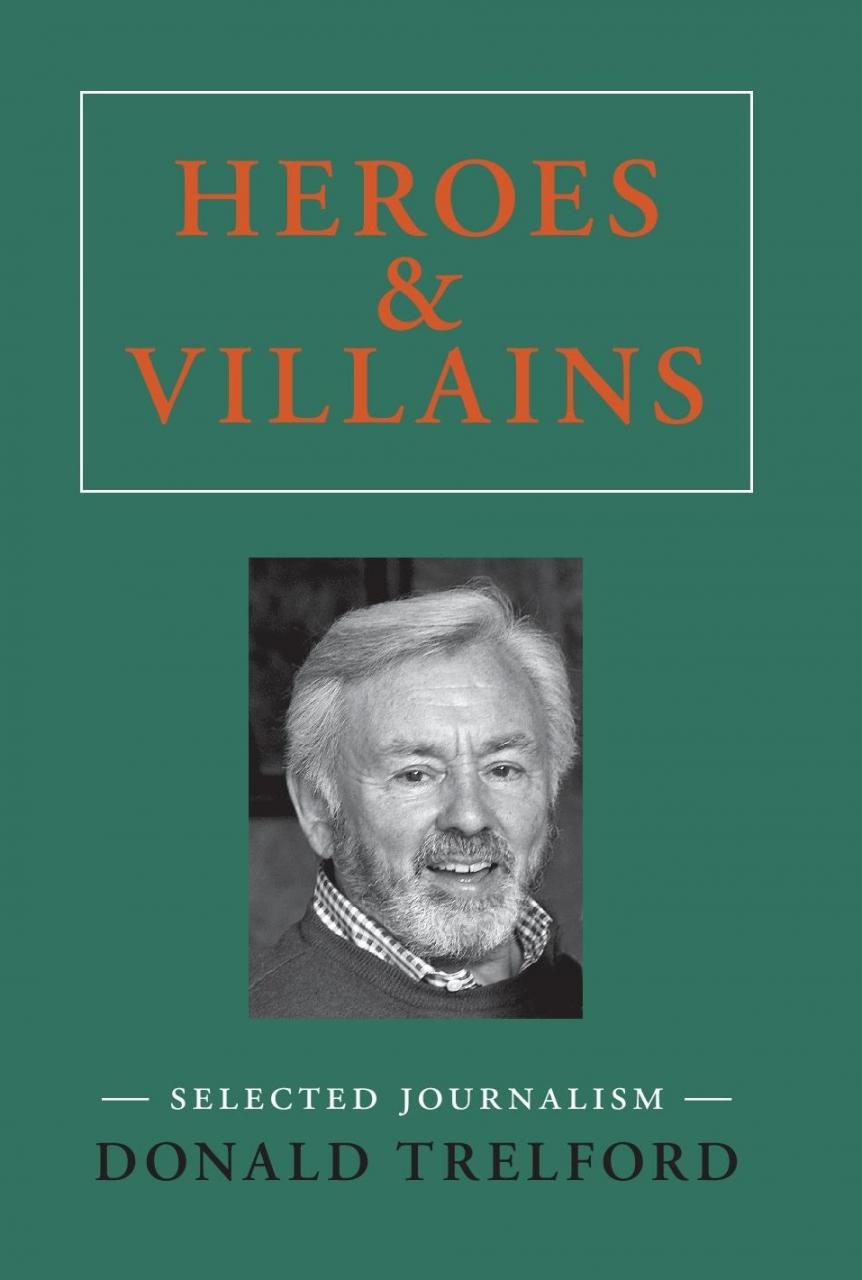 It isn’t for me to puff the book, except to say that it covers pieces I wrote for 11 newspapers and magazines, starting with a match report of a tiddlywinks match between Oxford and Cambridge and includes a flight with Imelda Marcos, meetings with snooker players, boxers and rugby players and a night train journey to Moscow with a mystery blonde.

Lord (Jeffrey) Archer has kindly written an introduction, in which he says: “What a feast of wonderful stories: the range he covers is quite amazing, from Hutton to Khashoggi, from Nixon to Tiny Rowland, from Bertrand Russell to Muhammad Ali…Anyone who picks up this book is in for a lot of fun.”

A former American football player has killed five people, left another dead, then turned the gun on himself. He is the second former NFL player to have committed murder in later life.

What are the chances that the root cause was head injuries suffered during their playing career?

As I have said before, the concussion brought on by heading a heavy football for many years or clashing heads on a rugby field are causing Alzheimer’s in an increasing number of ex-players.

The scandal threatens to be as serious – and as slow to detect and act upon – as the miner’s lung disease, from which my grandfather and many thousands of others eventually died.