Frank Talking: Politics and Boris - You really couldn't make it up!

"he breaks almost every rule over political prudence "

Lurching from a potential financial scandal to a stunning political victory - how does he do it? Jack-the-lad meets po-faced adversaries and guess who always wins, er… Boris?
I have always laughed at the ‘Bennite’ fantasy that politics shouldn’t be about personality, because - whisper it softly, it usually is I’m afraid.

Come on, can anyone explain to me, why-on-earth our very own rumpled old Etonian gets away with political murder on a regular basis? Not content to let someone else pay for a very expensive Christmas/New Year holiday in the Caribbean, our multi millionaire Prime Minister, allegedly arranged for a political contributor to pay for the lavish refurbishment of his flat above No 10 Downing Street.

The Westminster bubble has been alive with rumour and counter rumour over his potential fate, if some of the more lurid tales of ‘comeuppance’ were to be believed, his premiership was “finished” in all but name. So what happens next?

Well, I tell you what happens next, he and his party manage to win a bye-election in the Labour heartland of Hartlepool by a country mile and take large chunks of labour council seats across England, even denting Labour’s majority in London’s mayoral contest. All this more than a year into a new parliament, where tradition demands that the government (any government) is badly mauled at the polls.

I suppose all this could be the side effects of a very popular government cutting a swathe through a confused opposition. However, have you watched any British government minister on the television lately?

Not a particularly striking group of parliamentarians at the best of times, indeed mostly second rank at best. Similarly, senior Labour figures seem dull, dull, dull - with most of them appearing to be ill-at-ease with their shadow ministerial briefs. So how on earth does Boris get away with it? Probably because he may be many things, but - he certainly isn’t dull now is he?

When I see him appear on the television in whatever guise, it is as if he is pretending to be him i.e. the Prime Minister, but making a bit of a hash of it at the same time.
If you have ever attended a school play or pantomime, there is always one kid who manages to have everyone in stitches, forgetting his lines, being in the wrong place and stealing every scene he (it’s always a he!) is in.

This is Boris Johnson writ large, he just can’t help himself. Indeed, I wonder if there has ever been a politician so anarchic in his approach to government?
We are told that he isn’t a ‘detail’ person, but you would think that he would resist giving the impression in parliament that he’s making it up as he goes along. 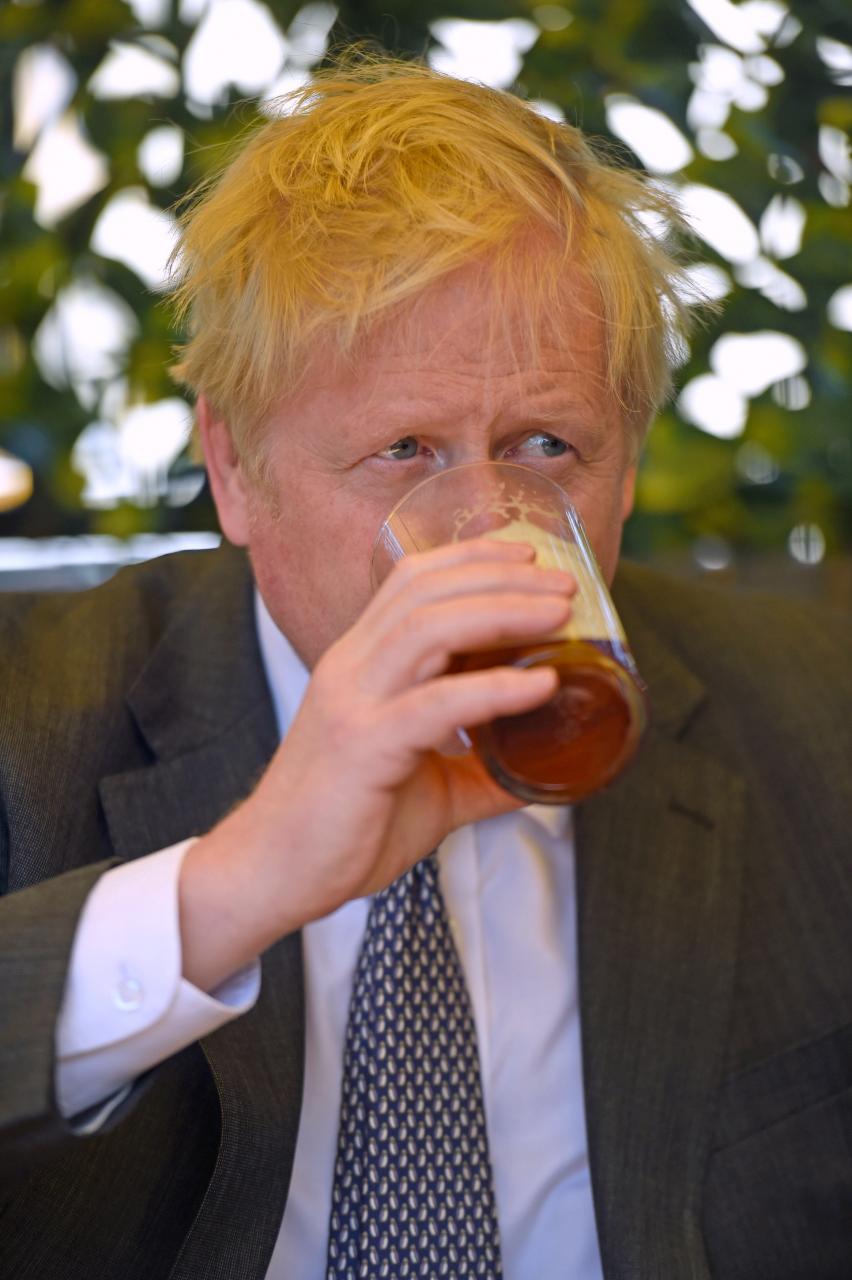 When you see him struggling at PMQ’s trying to think of answers to Sir Kier Starmer’s cunning questioning with a mixture of bluff and bluster, you would expect the end of his political career to happen at any moment. But it doesn’t- and probably never will.
If you should think about it, he breaks almost every rule over political prudence both publicly and privately, but voters seem to ‘get him.’ Why, I don’t know - but, stupid as it might seem, he makes people laugh and feel better about themselves.

Does that sound silly and frivolous? Well, if you think about it - No. For there is no doubt that he has a very sharp intellect and like many very smart people, he is probably bored by the everyday, the routine, and will occasionally go out of his way to enliven a boring debate by saying or doing something left-field. And so rather like most of the human race, his strengths are his weaknesses. I remember reading a piece published online regarding his style, written by a civil service insider.

The man said that under former Prime Minister Theresa May, all in her team in attendance at cabinet meetings or summits of any kinds knew what she was going to say and how she would say it. However, naturally enough, so did the people she was negotiating or debating an issue with as well.

Our Westminster insider, although clearly not a fan, went on to admit that Mr Johnson was the exact opposite in this regard, but surprisingly very popular on the international political circuit, in spite of Brexit and his alarmingly low tolerance level to any sort of detail. Plus, it seems that he makes them laugh!

In giving his perhaps surprising popularity, it strikes me that uncommitted voters don’t even think of his privileged, if somewhat chaotic upbringing, and the Eton schooling that the left find so upsetting.

Although ordinary working class folk don’t seem to find this such a problem, all those middle class lefties positively grind their teeth in anger at the very thought of Boris and all his works. However, I mustn’t leave you with the impression that BJ cannot do any wrong in my eyes.

He can be spectacularly insensitive in some of his off the top of his head statements and utterances he makes; witness the business over the “piles of bodies” quote that nobody bothered to deny.

And on occasions, along with almost everyone else, I would rather like him to quantify certain promises regarding the environment and other aligned issues and perhaps as an old fashioned soul would like to believe that his partner in life is not unduly influential when it comes to her political passions.

Without being overly pompous, rather like his hero, Winston Churchill, our present Prime Minister is surprisingly in step with the mindset of ordinary British people.
Something that his political opponents cannot quite fathom the reasons why this might be!

Referring to your last paragraph, I assume this includes you. 😀