The Blog: Mallorca’s mediaeval past is on hold

The economic impact cannot be underestimated

They were taking a bit of a punt. On January 11, Capdepera town hall published a notice. This announced that the period for presenting requests for participation in the mediaeval market was open. For food stalls, the deadline was the first of February. Artisans had until March 2. The notice included a proviso - “always given that conditions for Covid-19 security permit”.

The stallholders selling food would have sent in their requests. Authorisations would have been given. For last-minute artisan applicants, however, there was no need to make the requests. On February 25, the mayor of Capdepera, Rafel Fernández, said that it had been a tough decision but that the situation required strong measures.

“We will not be able to enjoy the mediaeval market this year.” They hadn’t been able to enjoy it in 2020 either. The councillor for fairs and fiestas, Carmen Corraliza, observed that it wasn’t just that people would be denied the opportunity of enjoying the fair, the “strong economic impact” for Capdepera would also be lost.

Capdepera is not alone. The May fairs were all abandoned. One of the grandest of all the fiestas, Soller’s Es Firó, went the same way. For the second year in a row. What is to become of the summer fiestas? Another empty calendar, or one pathetically marked by virtual events and socially distanced concerts by the local band of music? What of the folk dancing troupes, the marauding demons, the fireworks, the night parties? Will they return or will summer 2021 be another fiestas washout?

Corraliza’s comment about the economic impact cannot be underestimated. The mediaeval market, which was due to have been held this weekend, has established itself in Mallorca’s premier league of fiestas. It attracts people from the whole island. And tourists, great numbers of them.

They would have known that they were taking a punt back in January, especially as this was at a time when the virus was running riot again. The third wave was washing over Mallorca. It was implausible that there could be a mediaeval market. By late February, and with the incidence rate still way, way too high, there was no other option. 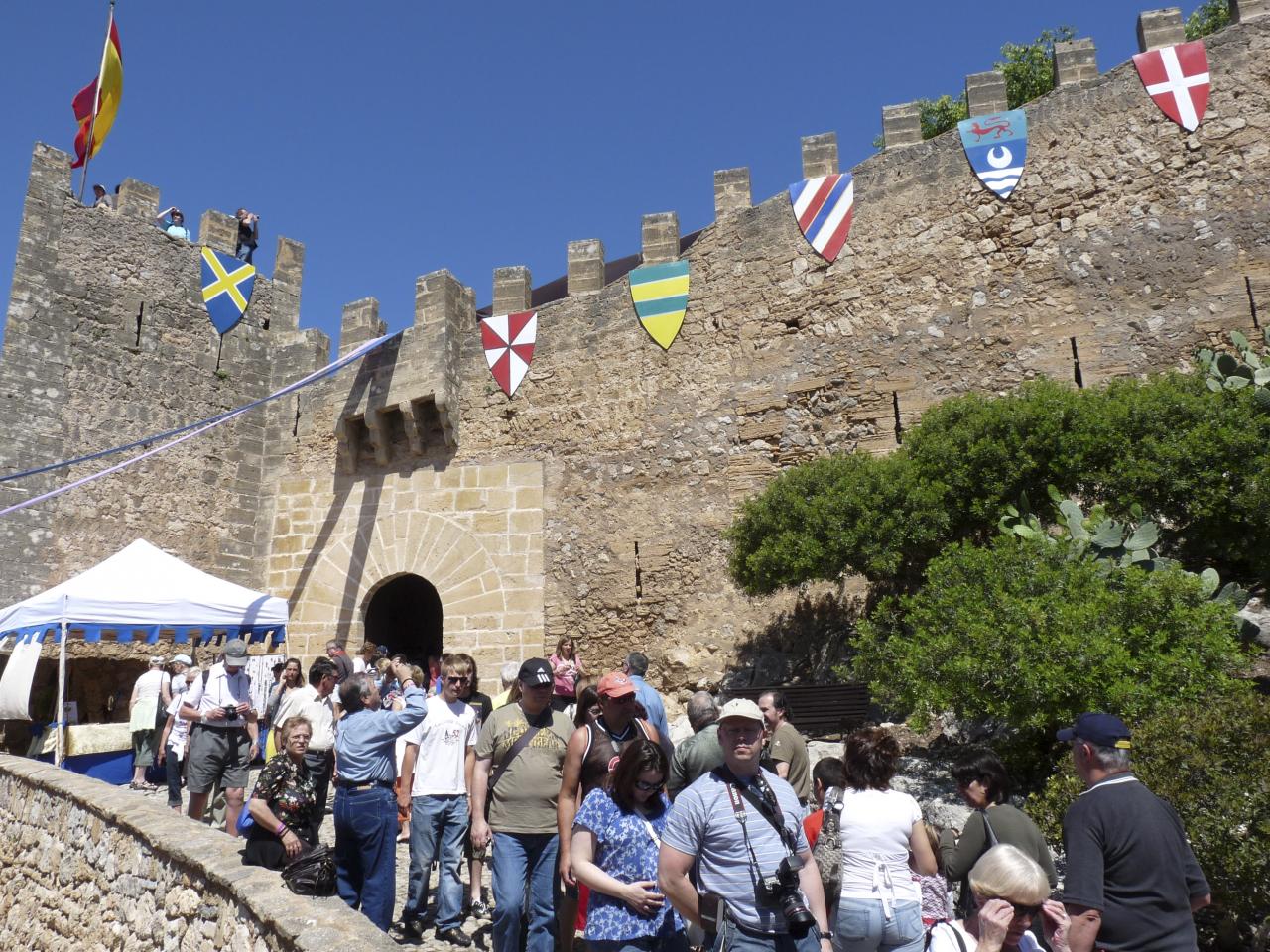 It isn’t just the simple enjoyment and the financial rewards, the absence of the fairs and fiestas represents a stripping-out of tradition and of community. The soul of the island is weakened. First held in 2000, Capdepera’s market doesn’t have the longevity of tradition as does, for example, the Sineu May fair, but tradition there nevertheless is.

Mediaeval provides the clue. The island’s culture is embedded in a mediaeval past, so much so that it colours contemporary philosophies of politics. Mediaevalism spanned a thousand years, but one can be forgiven for believing that there was a mediaeval year zero - 1229 was when history began.

For Capdepera there is special significance. The Romans had named it Caput petrae, the head of stone. From this Latin origin came Cap de la Pera. The first documented reference to Cap de la Pera was in the “Llibre dels fets” which chronicled the reign of King Jaume I (1229 and all that). The proximity of this northeastern part of Mallorca to Minorca was the reason why it was chosen for an act of formal surrender: by the Arabs of Minorca.

The name Capdepera was officially recognised when the village was granted its “royal” status by Jaume II in 1300, a status that was given to many Mallorcan villages at that time. It was a “vila”. It was Jaume II who was the great fortification builder. Along the coast from Capdepera, he ordered the building of the walls of Alcudia. 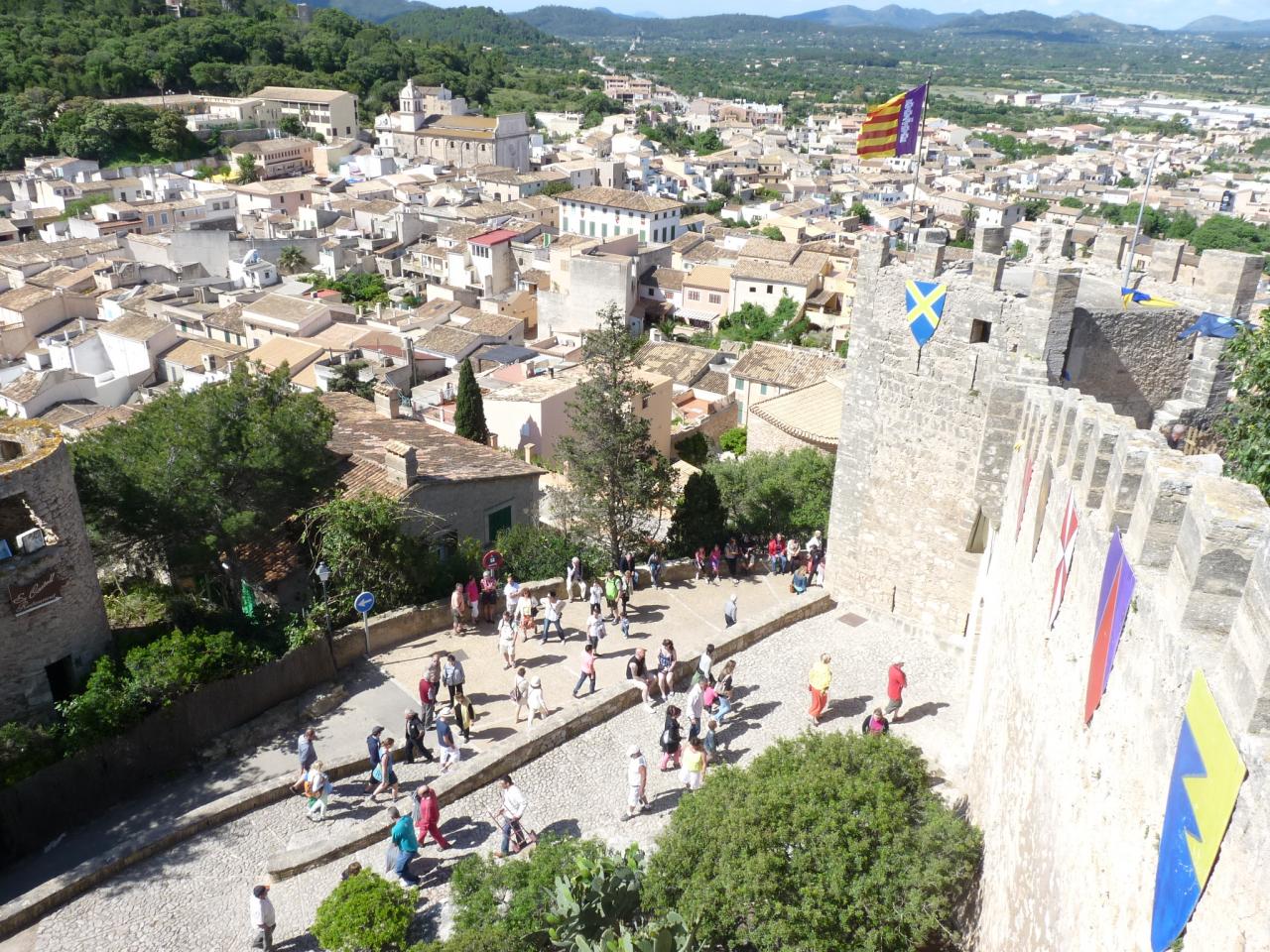 Pope Innocent IV issued a papal bull in 1248 by which the parish of Sant Jaume de Guinyent was established. It was later to be known as Sant Jaume d’Alcudia, retaining the name that the Arabs had introduced. Alcudia’s walls were to protect the village but they were also the grand fortification for the north of Mallorca. Capdepera’s castle was to defend the northeast and, like Alcudia’s walls, to also defend the people.

Exposed on the northeastern tip, the villagers - for their safety and in order to defend the castle - were moved inside its walls. There were some sixty dwellings in all. The castle was one of the principal examples of the building of later mediaeval fortification. It is now one of the focal points for the mediaeval market.

But sadly, the mediaeval past is on hold for another year. It is on hold but it is most certainly not forgotten.