Frank Talking: Gentlemen - is it time to unveil the new you?

"I am yet to experience women throwing themselves at me"

I have taken to regularly looking at myself in the mirror recently, not in the expectation that I might be getting better looking, because alas, that faint hope faded as far back as 1993; since then it has been a case of damage limitation. No, it’s just that I think that I might be in need of a make-over, smarten myself up, that sort of thing. Now that the warm weather is almost upon us I’m going to make a real effort and at least try and become, if not dapper, a little more presentable.

You see, in the high and hot summer months here in Mallorca anything but shorts and a T shirt, has been quite frankly superfluous, but I for one want to become a little more sophisticated in my attire as the wife-beater vest look with blue Crocs is not really me. Indeed, I want to aspire to a more age appropriate - slightly greying at the temples airline pilot look, and intend to start this process as soon as possible.

As I have grown a beard since the onset of Covid-19 I am yet to experience women throwing themselves at me in any way, although I was told to expect this sort of thing by a friend who was clearly winding me up. Nowadays every other man you meet has some sort of beard, from the full-on Appalachian mountain-man look to that younger man carrying off the sleek designer stubble genre. Mostly though, it’s the older bloke with the ‘can’t be arsed to shave’ five day stubble reality.

The thing is, for men of my generation taking too much of an interest in your appearance (the 70’s - the decade that taste forgot!) could be misconstrued that you were attempting to turn into Rod Stewart without the leggy blondes. Anyway, what is for sure is that I need a bit of a makeover. Nothing too drastic, I don’t want to be laughed at whilst attending social functions and mocked for my ‘original’ styling do I? No, I don’t; so it’s going to be back-to-basics. I suppose it might be a good idea if I iron my clothes occasionally, rather than rely upon body-heat to de-wrinkle my clothes.

My numerous shorts, of various length, may have to be culled and perhaps I will ‘lose’ the flip-flops, as I recently read somewhere that women hate them on men and what’s more I have never seen a man with pleasant feet. Also, I suppose that I could raise my game a little by not buying my clobber at Carrefour, although I will have to keep a tight grip on my pocket money. Indeed, I’ve been going through my wardrobe and chest-of-drawers looking for things to wear that might have come back into fashion since I wore them last. It is really quite amazing some of the clothes that we hang onto, hoping against hope, they will be the next ‘must have’ fashion sensation - think, seersucker shirts!

So determined am I to re-invent myself sartorially, I dug out a book that’s been left unread for years on a shelf in my office. At the beginning it went through a list of clothes that a man should never have in his wardrobe. And do you know - almost every item it listed I had, sometimes more than one of them.

So, I will have to get rid of the following it seems - any cardigan, as they make women go instantly frigid, football tops (number one naff item by a considerable distance it seems!) short shorts for obvious reasons, any type of sandal a committed vegan might wear, plus shirts with different coloured collars, unless you want to look like a Sky Sports presenter. 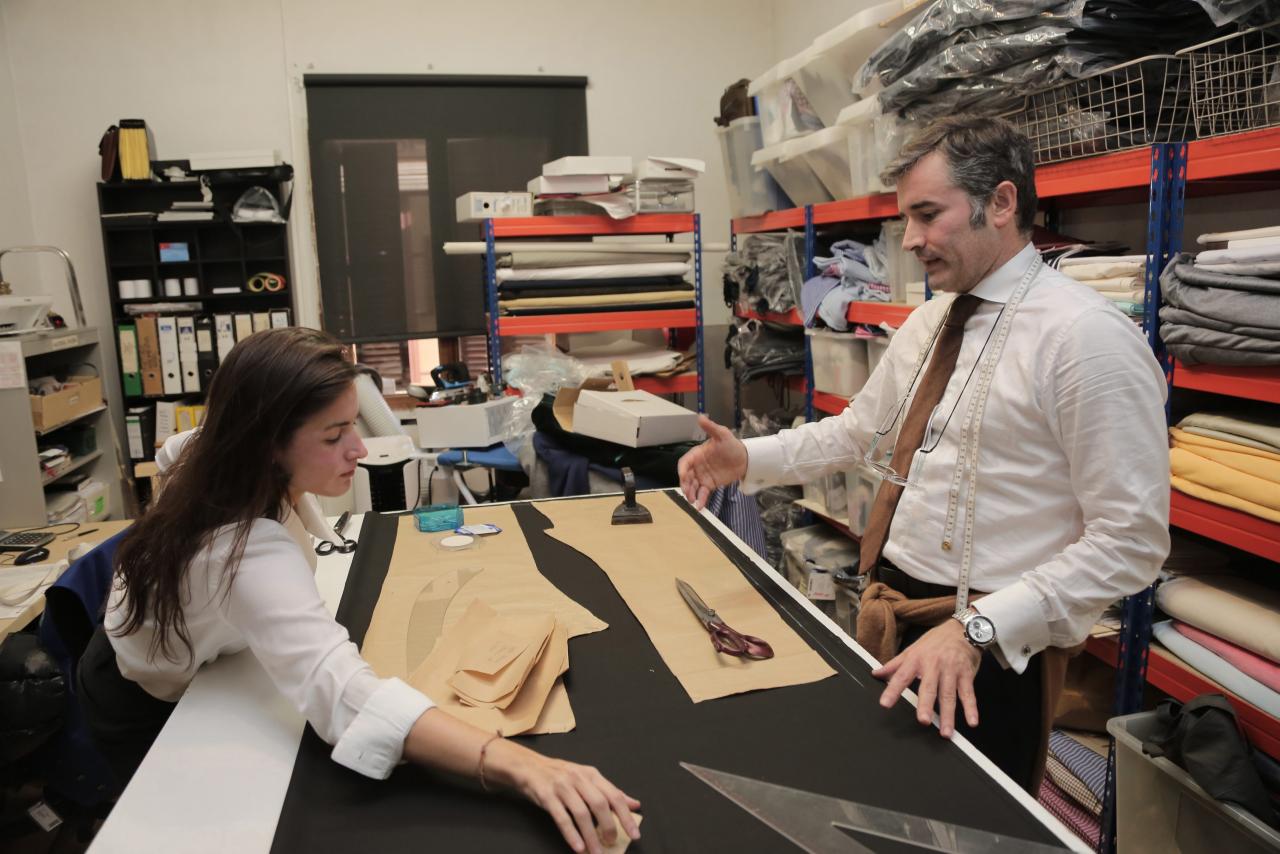 Well, that was half my leisure-wear banished - and for good measure the book also warned me never to utter the words ‘leisure-wear’ ever again. The same goes for the term ‘smart casual,’ as this just means men in stained chinos and scuffed plimsolls turning up at smart functions in their gardening gear.

If you think about it, us chaps spend most of our lives pretending to be older or younger that we actually are; the former is just about acceptable, the latter can have disastrous consequences when it come to the clothes we wear. I’m not sure what is the male equivalent of ‘mutton dressed as lamb’ but it is bound to be hurtful and most probably true as well.

A particular tip that impressed me was in regard to haircuts. Women constantly make an awful lot of fuss about their hair, but guys don’t. Now then, if you don’t have any hair to worry about - tough luck; but if you have a half decent hairdresser he or she should advise you on what style suits you, unless they don’t really like you.

And most importantly, my book firmly states that if you’re thinking of getting one (a haircut that is!) - if its got a name, as in - Mohawk, Mullet, Quiff, Peaky Blinder etc - don’t, just don’t! I’m really getting into this being well-dressed malarkey I can tell you, in future I could become quite the ‘dandy’ rather than the rather typical - middle-aged ex-pat man with no discernible taste.

Anyway, according to my style book; do you know the male version of the ‘little black dress’? I thought not - that’ll be the navy-blue or black, single-breasted jacket complete with crisp white shirt. I also found out that the elegant man never wears a short sleeve shirt of any description, as it will inevitably make him look like a coach driver. Next week I will explain why ’T’ shirts should never, ever, be tucked into jeans or shorts!