Making sense out of the travel contradictions!

The ‘Artist Formally Known As Prince’ might well have sung about ‘Purple Rain’ a few decades ago, but - but how would he have coped with ‘Dirty Rain’ on the scale that we have all had to endure in the past few days? Filthy motor cars, mud spattered terraces and outside windows are the least of our present problems it seems. I’ve heard of lines of washing ruined by the recent dirty deluge (hey, they should pay me more shouldn’t they?) and outside areas given over to a sort of overall paint spray of brownish dirt in abundance.

For those who own or manage swimming pools, we are talking about a severe ‘first world’ situation, whereupon a recently cleaned swimming pool awaiting it’s holiday home owners has turned into a muddy quagmire overnight. Some of you may scoff and indicate that this is in fact not a problem at all, but for many - this is a serious issue. For instance, do you clean up all those terraces that are at risk and Hoover those contaminated swimming pools, or - are we expecting another dose of North African rain soon - thus making any action taken immediately…seem a little previous?

I know quite a few people who manage properties for second home owners and the like and at the moment they are spitting tacks, because it seems that within days of their extremely fussy and rich clients arrivals, their places of occasional abode are covered in brown crap. Moreover, they are always on the lookout to blame someone for this oversight - and as they can’t really have a go at God - the hapless and hardworking people who look after their gaff for them are in pole position to cop-the-blame. As for me - a vigorous hosing down and a stiff brush should do the business - but, what do I know?

Making sense out of the travel contradictions!

My head is spinning. Why so, you might ask? Well, just keeping track of the Spanish and British governments ongoing pronouncements regarding whether visitors to the island or Great Britain have to be quarantined on their return home or not - is becoming somewhat of a bad joke. Indeed, to make matters worse, both in the UK and here in Spain - devolved regional bodies have differing protocols on where, why, and for how long a person(s) may travel both internally and abroad.

I sympathise with any news outlet (including this one!) that has to somehow make sense of the latest pronouncement regarding - what is, and what is not required of visitors and returnees to the island and those wishing to visit family in the UK. It seems to me that that these pronouncements are not even being contradicted by the next one-in-line on a daily basis, but - on what seems to be every hour! 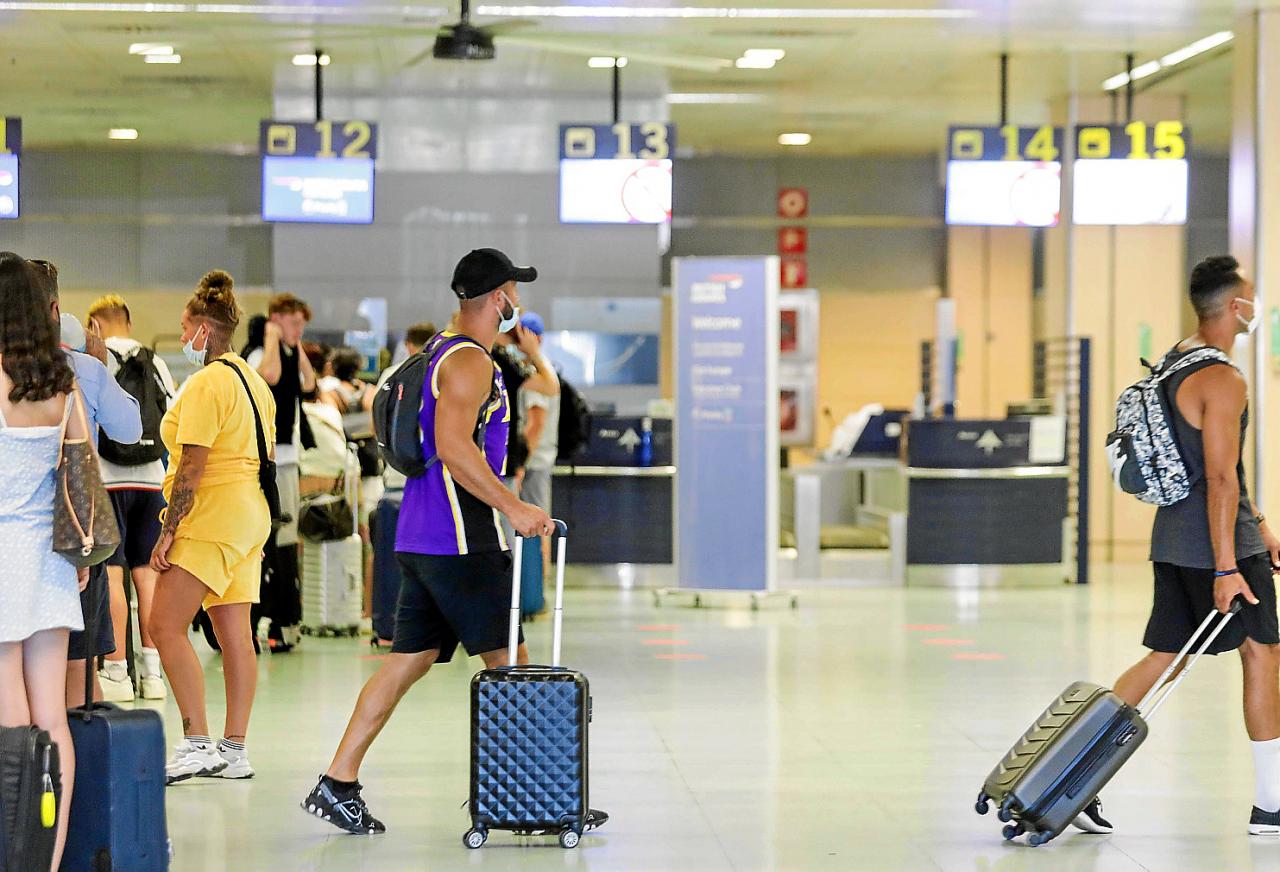 Quite how much of this mind-changing has to do with proper concerns about health, as opposed to seeking to challenge the UK’s current foreign travel limitations is anyone’s guess. However, the confusion caused can’t be very helpful to anyone. Certainly not, those tourists seeking to get to the island for a holiday - because, it has to be said - ‘why would they’ given the mixed messages that are being aimed at them from all quarters.

It has to be said - thousands of tourists ‘snuck’ onto the island as various sorts of pilot scheme were introduced and then abandoned, not helping one iota in clarifying a whole mess of mixed messages. What might help collective certainty in some way, must be a clear and concise approach to what is expected of visitors that doesn’t change at every ministerial briefing.

You may have noticed that I have been regularly introducing the subject of gardening into my Wednesday and Friday columns recently? Indeed, some of my oldest friends have been left open-mouthed in amazement at my increasing interest in all things that grow in my garden.

Being a single minded sort of fellow, I have made the humble red geranium my flower/plant of choice and at the last count I have about thirty of them artfully placed around my garden. So proud of my geraniums was I that I posted photos of them via social media. Hoping for at least a few gasps of amazement, all I attracted was a snide comment from an old (ex!) friend, who took obvious joy in announcing to all and sundry that his only memory of me and gardens in the past was that of overgrown borders, weeds and occasional boozy afternoons spent mostly in deckchairs.

l It is often said that it’s the little things in life that really makes a person cross. Add this undoubted fact to another undoubted fact i.e. that I have been told that I have turned grumpiness into a fine art over the years. Take the humble zebra crossing - apart from the fact that the Balearic authorities insist upon them being sited on road junction so as to make them very dangerous indeed to cross on occasions - why is it that most of them in certain municipalities across the island are also almost impossible to see?

Happily, for most of us who live here, we know where the aforementioned zebra crossings are situated - but alas, tourists mostly don’t! For instance, in my own local borough of Andratx most crossings need painting. Not a particularly difficult job I think you’ll agree? But no - much better I suppose, to play a sort of Russian roulette when you attempt to cross a road somewhere.

While I’m on the subject, has anyone else noticed that chevron painted, traffic calming road bumps - are often used as zebra crossings by innocent pedestrians whereupon much alarm and fist shaking takes place as the two are practically indistinguishable from each other i.e. all of them need painting and properly separated by colour or something else, so as to make life easier. Come on, you know it makes sense - please do something!

Thanks Frank, everything you said is true ,ha ha . Cheer up mate , it's a lovely morning to clean your car, patio and pool.

I doubt that ‘they’ will want to pay you more when they read the first line of your article, Mr. Leavers. Prince is the name by which The Artist was ‘formerly’ known, as opposed to ‘formally’ known.