The raor’s flesh, silky smooth and with an exquisite taste, is at its best when simply fried

Some Mallorcans even arrange their holidays to coincide with the opening of the season. | R.I.

The little multi-coloured raor, the dearest and most desired fish in Majorcan waters, should have been back on the slabs at the Mercat d’Olivar last week after Wednesday’s opening of the new season — but the fish stalls were bare and there wasn’t a raor in sight.

And it was because strong east winds caused maritime havoc and kept most amateur fishermen’s boats in port. The few that took a chance had a tough and rough time of it and gave up after a couple of hours with barely half a dozen raors to show for their windy efforts.

By Sunday I hadn’t seen a single raor on sale anywhere and as I am having to write today’s pages much earlier than usual, I have nothing to report on prices.

Before the start of the 2008 recession that hit everyone very badly (except, as always, the mega-rich) prices for raors were starting off at as much as €98 a kilo. More recently the starting prices have been around €65 — still a whopper but a good deal lower than €98.

There’s a bit of social cachet in saying you ate the first raors of the season, so stratospheric prices don’t put everyone of — the few first raors are always snapped up before noon.

The raor is called cleaver wrasse in English and papagayo in Spanish, although you will never see or hear that name in Mallorca, where the Catalán word raor is used.

The raor’s skin is covered with all the colours of the rainbow and most people consider it to be the prettiest fish at the market. It’s so beautiful that some people have them as aquarium fish.

But the raor is nocturnal and it spends the day buried in the sandy bottom of the aquarium — coming out during the night when most of us are asleep. It is said to be an ideal aquarium fish for insomniacs.

Most of the raors taken between now and the beginning of March will be caught by Mallorcan families who have their own boats.

This open season was introduced in 2009 to give the raors and extra two weeks in which to spawn and also put on weight. This gives them time to become 16 per cent longer and 75 per cent heavier.

The main reason for the extended season in 2009 was to give the females extra time to lay eggs. Their spawning season now runs from May to September and reaches its peak at the end of July.

One of the restrictions that protect the raor from overfishing is that each licence holder is allowed to catch only 50 per day. This means that a licence holder can go out with his family and everyone can fish, but their total catch cannot exceed 50 per day.

There is an additional safeguard of a five-kilo maximum. If a catch were made up of mainly large raors, which can happen towards the end of the season, then the five-kilo limit would apply. The average raor is about 15 cms but by the season’s end some can be 30 cms long.

Another control makes it even more difficult to catch raors: fishing between nightfall and dawn is strictly banned. That is when the raors are out feeding and they would be easy prey.

As fishing for raors is such a slow hit-and-miss affair, professional fishermen find it isn’t economically viable despite the sky-high market prices. It’s mainly keen amateurs that go after the raors. Some Mallorcans even arrange their holidays to coincide with the opening of the season.

Although some 30,000 recreational fishing licences have been issued, most people are not very successful at catching raors. They average about 25 which is easily consumed by family and friends. That’s why so few raors are available even at the large Mercat d’Olivar — and why they are so expensive.

Restaurants specialising in fish manage to find a few suppliers (some restaurants have their own boats) but large amounts are never available and raors are invariably the dearest fish on the menu. 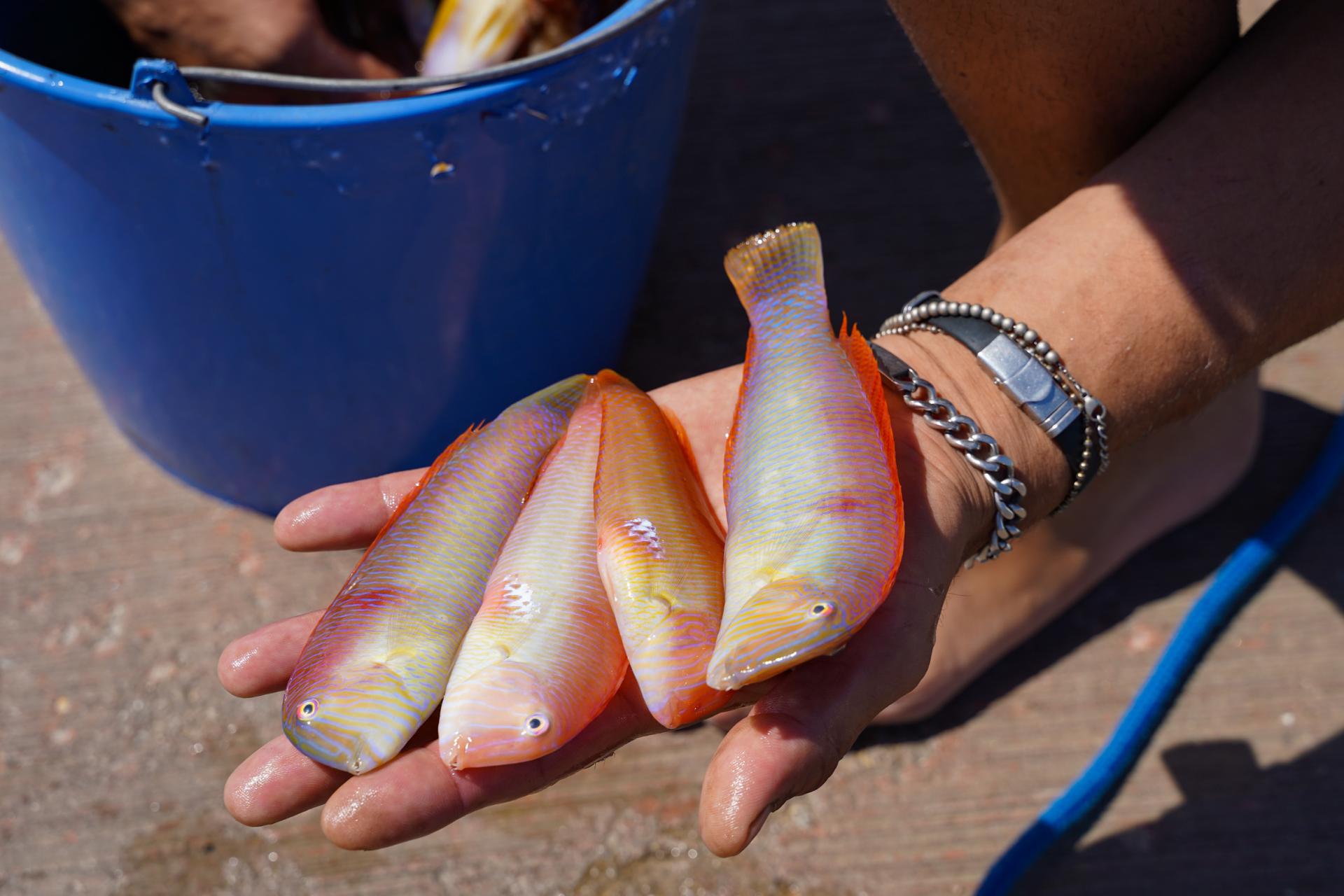 The raor’s flesh, silky smooth and with an exquisite taste, is at its best when simply fried.

You don’t want anything else to come between the raor’s subtle flavour and your palate.
Some Majorcan cooks coat them with flour before frying and others also dip the floured fish into beaten egg. I strongly advise you against trying either method. The best raors I have tasted were simply fried as they came — their scales left in place to protect the flesh from the high heat of the oil. They should be fried in about 3 cms of olive oil, just enough to allow them to float.

The oil must be very hot and it is essential never to overcook them. It is also very important that they go straight from the frying pan to the table — and you should eat them as hot as possible.

The little raor has just started its season and will be with us until next March, but the skate is nearing the end of its season next month — so we still have a few weeks to enjoy its unique flesh.

Skate is one of the most neglected quality white fish at the market. At the Mercat d’Olivar I see lovely pink wings of skate beautifully laid out and ready for cooking — but I don’t know anyone who buys it.

I seldom see it on restaurant menus and it doesn’t feature much in Spanish regional cooking. Someone must be buying it (at around €9 a kilo) but it’s no one I know.
And it’s certainly not at any of the restaurants I frequent, although I have seen it on occasion at Toque in Calle Federico García Lorca and Casa Maruka in Calle Reina María Cristina. 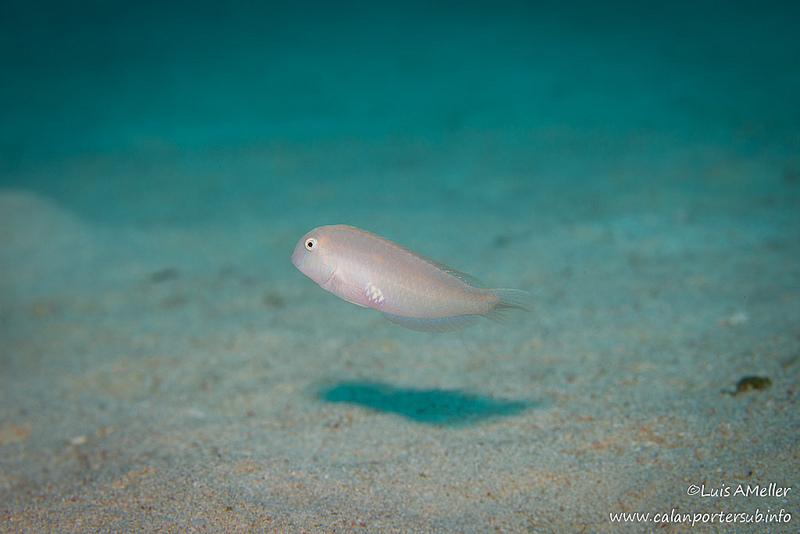 At the fish counter of El Corte Inglés in Jaime III, you sometimes see wings with a piece of the body attached. This is ideal if you are making fish soup or a rice dish that features skate because the body section makes good stock. I’ve never seen it sold like that at the municipal markets.

The best stall for skate at the Mercat d’Olivar is Pescados Beatriz, on the left hand aisle as you go into the market from the fruit and veg area. The owner has the best pieces at the lowest prices.

Skate, which is called raya in Spanish, is one of the cartilaginous Selachians — so it doesn’t have sharp bones. Skate’s ribbed wings consists of strips of cartilage with delicate white flesh on either side.

When the skate is a small one at the start of the season in July, the cartilage is soft enough to be eaten. On the bigger specimens, such as those now available, the flesh is scraped off the cooked wings.

If fillets of skate are wanted, a small sharp knife with a point soon frees the uncooked flesh from the cartilage — but it takes a bit of practice before you can do it quickly. The skate I had at Casa Maruka was a dish of little batter-fried fillets. They were very much a 10-rated dish.

The skate family is made up of several specimens, some of which make better eating than others. Fortunately for the customers, the most abundant one is also the best. Its scientific name is Raja clavata — raya de clavos in Spanish and thornback ray in English. This specimen ranges from the warm Mediterranean to the coldest parts of the Atlantic around Norway and Iceland. The thornback gets its name because its back is studded with little bone-like knobs. The skin is usually mottled grey or fawn, although the colour is only of academic interest.

Unless you get to the Mercat d’Olivar very early, you will never see the skin — one of the fisherwomen’s first chores is to strip it off with a pair of pliers. I once went to the market first thing in the morning to see Beatriz skin a couple of skate. She has been doing it for years and is a total expert: with a small nick here and another over there, Beatriz goes to work with pliers and skins the skate as easily as we peel a banana.

I got a great kick out of watching her make it look so easy-peasy. The lovely pink flesh of the skate could hardly taste anything less than superb. This fish has a ferocious appetite and eats only the best kinds of fish and shellfish.

In the stomach of a large one, fishermen found two soles, a lobster, two mackerel, a skate more than three feet long and a salmon. Little wonder its cooked white flesh is so delicate and tasty.

The busy housewife should find skate very much to her liking because it always comes skinned and ready to use. There is absolutely no cleaning involved — the messy side of cooking fish that discourages so many people. 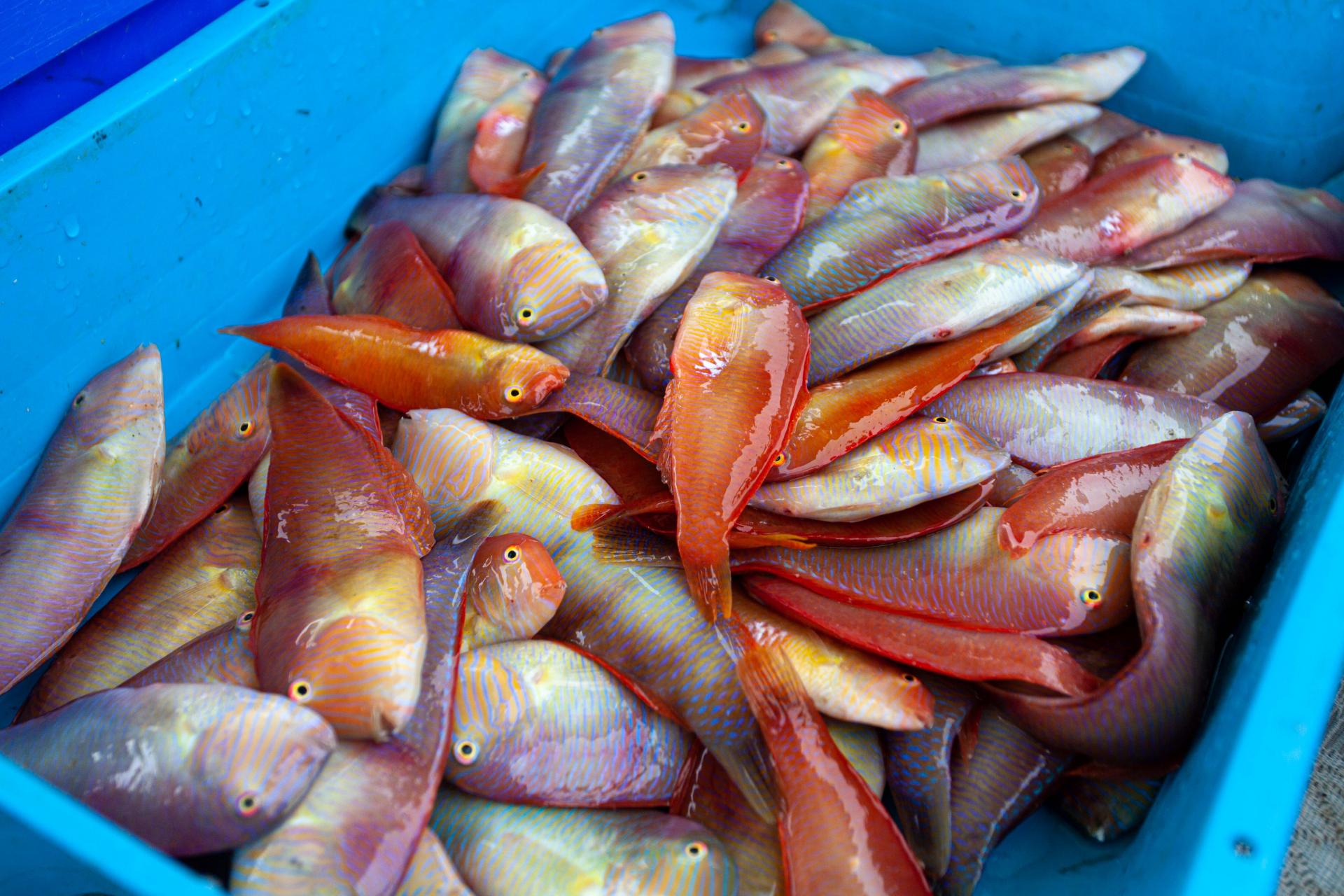 As always with fish, the simple methods of cooking skate are best. One of the easiest and most delicious ways of handling it is to coat it in flour, shake off the excess, and sauté it in clarified butter or a mixture of butter and olive oil.

Skate is also a simple dish when done in the classic au beurre noir style — in black butter, although the butter isn’t black but of a pale chestnut colour.

Do the wings as described above and when cooked through transfer them to hot plates. Add two tablespoons of old sherry vinegar to the frying pan and a heaped tablespoon of the best (and dearest) small capers.

Let the capers and the vinegar bubble gently for a minute and spoon the sauce over the skate wings. Serve with boiled Mallorcan patató drizzled with butter and sprinkled with finely chopped parsley.

Basque cooks marinate skate wings in a mixture of olive oil, lemon juice, salt, pepper, bay leaf, cloves and parsley. The wings are kept in this marinade for about three hours and then dried. They are dipped in a thinnish bechamel sauce, coated with breadcrumbs and deep-fried in hot oil. If you use the smallest wings for deep-frying, the cartilage will be soft enough to eat.

Some Mallorcan housewives of the old school serve fried skate with peas and they also do a summer tumbet with strips of fried skate, another celestial way of doing it.

When using vinegar for skate and other fine fish, you should always get the dearest one you can afford. Use a few drops of sherry vinegar aged in oak, or genuine Italian balsamic vinegar, and the results will be heavenly. El Corte Inglés in Jaime III has a 25-year-old sherry vinegar at a most reasonable price.