The artistic tourist influencers of Mallorca

Santiago Rusiñol painting in the Alfabia Gardens of Raixa in 1915. | ULTIMA HORA

At its board meeting on the first of July 1912, the Majorca Tourist Board (Fomento del Turismo de Mallorca) agreed to make a Catalan writer and painter an honorary member. Santiago Rusiñol, it was noted, had revealed the beauty of Mallorca to the whole of Spain and to other countries. He had done so through his paintings and had thus made it possible for Majorca to be better known and for a "current" of artistic tourism to be stimulated.

The same board was to soon afterwards extend its appreciation to Rusiñol for a book he had produced. 'L'illa de la calma' contained descriptions of Majorca's beauty and praise for the people of the island. This book, the board observed, was invaluable in developing tourism on the island of calm. The importance of this work was that it was fundamental in spreading the word about "the new tourist image" of Mallorca. 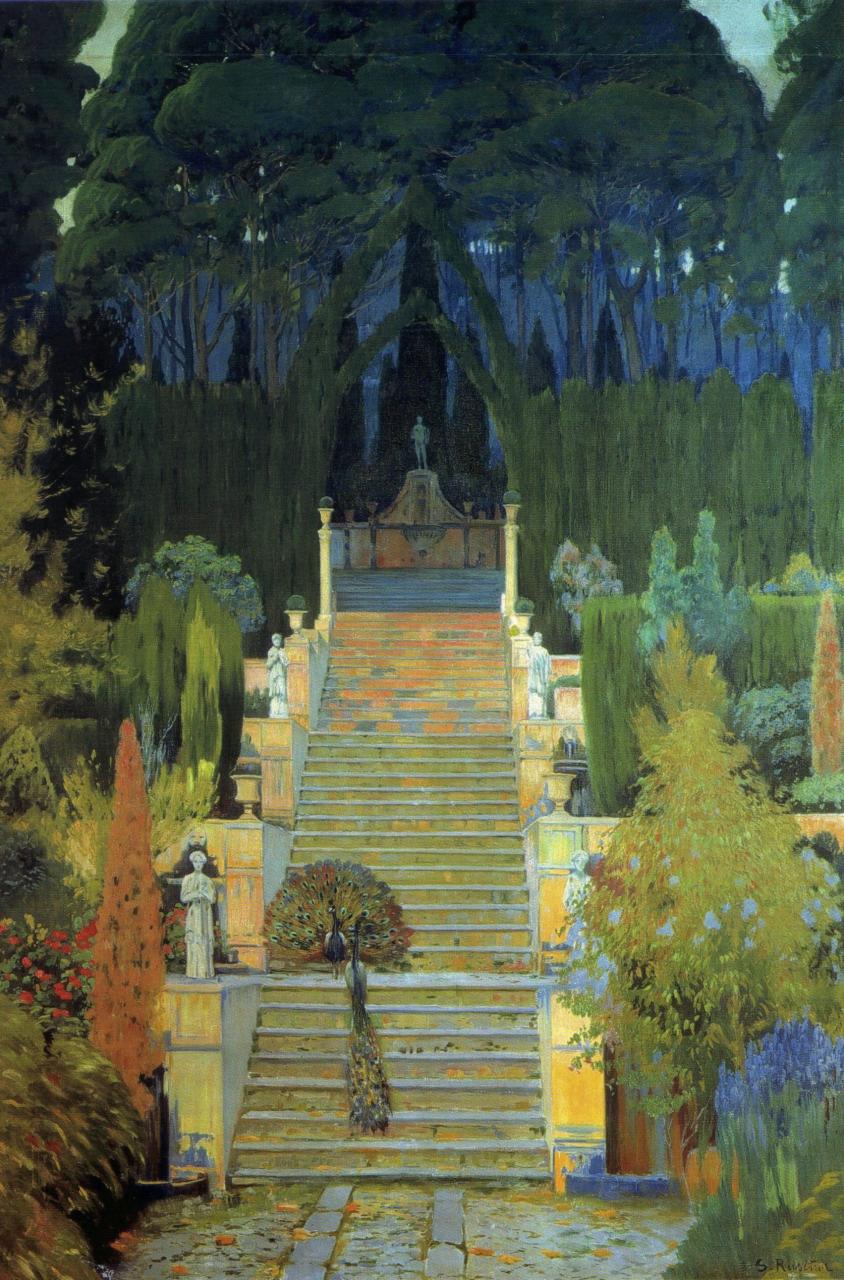 Rusiñol was pre-eminent among the artists who came to Mallorca from the turn of the twentieth century. He wasn't necessarily the best artist but he was the standard-bearer for promotion of the island by artists. Those who followed may or may not have considered themselves to have been promoters as such, but this was how they were to be perceived, while Rusiñol - as can be ascertained from the tourist board's minutes outlined above - was most definitely looked upon as having been a promoter.

Nowadays, marketing jargon would refer to a "niche" of artistic tourism rather than to a "current". This niche, where the tourist board was concerned in 1912, had two strands. Firstly, there were the wealthy with time on their hands (who were the tourists of the day and no one else) who could take their easels to suitable locations to practise their painting skills.

Secondly, there were the professional painters, the others attracted by what Rusiñol had helped to initiate and who would become active participants in tourism promotion. As much as Rusiñol, they would be engaged in the diffusion of "the new tourist image". This was not a process of replacing an old tourist image, because there hadn't been a previous one. In reality, it was the image of Majorca - perhaps the first time that there had genuinely been one for the wider world. 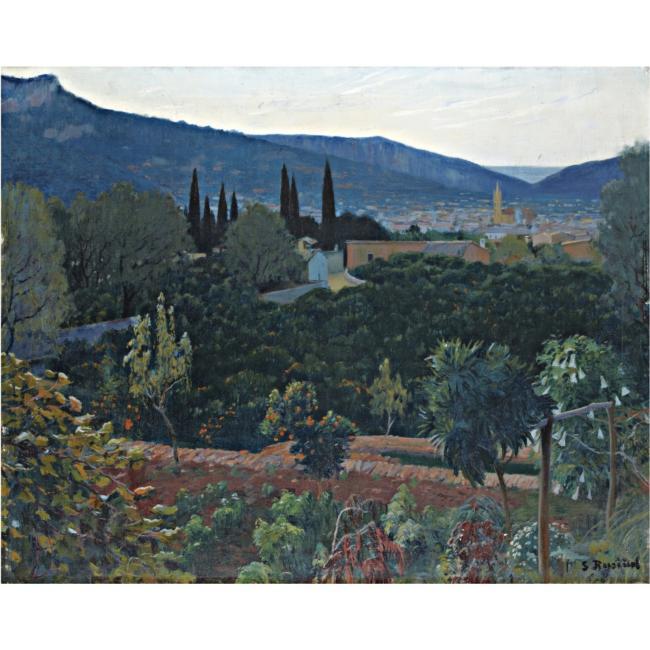 In December 1927, the board admitted two Argentines to its membership. Adan Diehl was the millionaire whose romantic vision for the Hotel Formentor was to bankrupt him. Tito Cittadini was one of the painters who formed the 'Pollensa School'.

The wave of painters who followed in Rusiñol's footsteps included a number from Latin America. This is currently being acknowledged at an exhibition at Palma's Can Balaguer - Cittadini is one whose works are being exhibited. The others are fellow Argentines Francisco Bernareggi and Francisco Vecchioli and the Mexican Roberto Montenegro.

Under the title 'Journey and Landscape: From Latin American to Majorca', the exhibition has been organised by the Mallorca Tourism Foundation, the Council of Mallorca's tourism promotion wing. It has been said of this exhibition that it offers the chance to get know the tourism before the tourism. In other words, it is representative of what the Majorca Tourist Board had contemplated over a hundred years ago - a "current" of artistic tourism.

Cittadini was made a permanent member of the tourist board. Diehl, on the other hand, became a patron member. His vision for Formentor had been one of a haven for artists and intellectuals. This was what he set out to promote, but the fact that he was a patron member of the board raises a question as to what he was patron of. 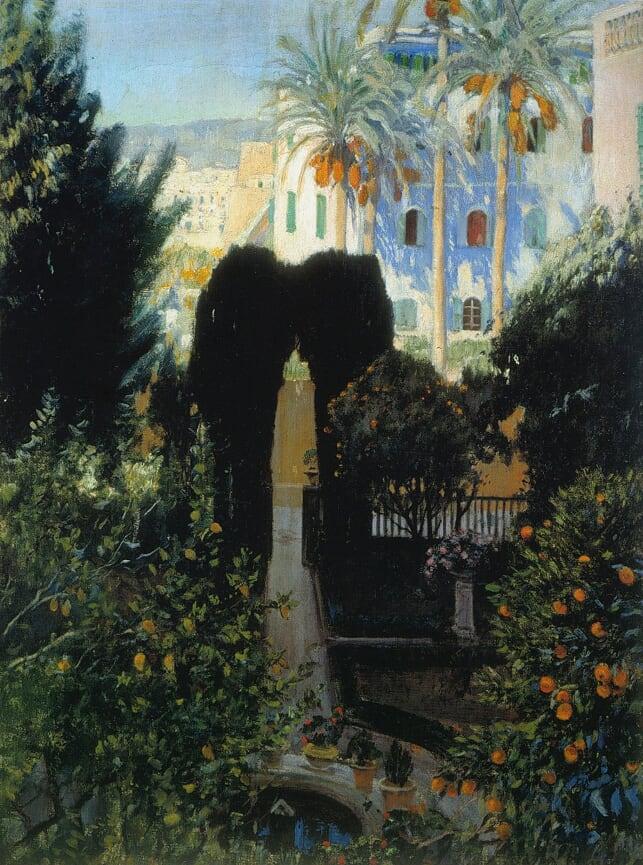 Not all these painters were well-off. They weren't, for instance, all like Roberto Ramaugé. Also from Argentina, in 1919 he used his personal fortune to acquire La Fortalesa, not far from where Diehl was to build his hotel. Roberto Montenegro, on the other hand, combined his painting with working as a fisherman. He stayed at the Hotel Miramar in Puerto Pollensa for a time and paid with paintings.

To use more jargon, these painters were like current-day influencers. They had close ties to the tourist board and so therefore to wealthy individuals; Diehl, before it all went horribly wrong, was just one of these rich people. Explanations as to why so many painters came to Majorca include the fantastic landscapes and light and the desire to take refuge from the horrors of war. True these were, but might there have been another explanation? Were some of the painters remunerated to act as influencers? There were specific commissions, but was there another arrangement?

Montenegro's experience would suggest not, but then there is the fact of Diehl having been a patron and of his love of art - it was the Catalan Hermen Anglada Camarasa, another member of the Pollensa School, who had first told Diehl about Majorca when they were both in Paris.

The impression given is that the artists were a happy coincidence for Mallorca. But by 1912, the tourist board had realised that the island was on to something. Influencers of today are invited. There are influencers who expect remuneration. Where they so different a hundred years ago?