Warmonger Blair may regret his vanity

Following several of his predecessors as Prime Minister (Harold Wilson. Ted Heath, John Major), Tony Blair has chosen to be a Knight of the Garter rather than join the House of Lords. The publicity has brought a storm on his head from the many critics of his conduct in taking Britain into the disastrous Iraq war.

A petition demanding that the offer of a knighthood should be rescinded has received nearly 700,000 signatures in support, doubtless influenced by the families of the hundreds of British soldiers who died in the war or suffered serious injuries and the dozens left without limbs.

It is 19 years since Blair threw Britain behind George Bush, the American President, in prosecuting the war and 20 years since Blair held a controversial meeting with Bush in Texas, at which he is believed to have promised Britain’s support in advance of any discussion with his Cabinet colleagues. The passing of two decades is not long enough for the bereaved and the seriously disabled to forgive or forget.

The controversy is not so much about the so-called “dodgy dossier” drawn up by Downing Street to show that Saddam Hussein had nuclear weapons that posed an immediate threat to the West – charges later proved to be false.

The debate centres on the advice given by the then Attorney-General, Lord Goldsmith, as to whether the war was legal without a further vote at the United Nations. Geoff Hoon, Defence Minister at the time, has thrown fuel on that fire by claiming in his memoirs that his PPS was ordered by Downing Street to burn a five-page letter from Goldsmith that suggested the war would be illegal.

A few days before the invasion of Iraq, Goldsmith changed his advice to indicate that Blair could legally go ahead without another UN vote. It is now known that he had flown to Washington and been talked into supporting the war by Pentagon officials.

Many people in the legal profession have argued that Goldsmith failed in his prime ethical duty as a lawyer in allowing himself to be browbeaten by his “client”, Tony Blair, rather than presenting the law.

The Chilcott report into the war was highly critical of the confusion about Goldsmith’s advice and the fact that the advice did not go to the Cabinet as a whole.

Hoon and his PPS did not to heed the advice of Jonathan Powell, Blair’s chief of staff in Downing Street, and put the letter in a safe rather than burning it. Hoon was later demoted by Blair.

Blair. Goldsmith and Powell all deny these claims, but I suspect the British public know better. Sir Anthony may deserve the honour on his overall record as a three-time Prime Minister. Nonetheless, he may come to regret that his vanity has put his dubious conduct over the Iraq war firmly back in the public arena. Or (wicked thought) was he urged to do it by the future Lady Blair?

When Desmond Tutu died on Boxing Day at the age of 90, my mind went back immediately to the time he invited me to a party at the Archbishop’s house in Cape Town. He invited me because I was speaking at a press freedom conference in South Africa.

Tutu was exactly the same in private as he was in public – funny, exuberant, emanating a rare human goodness. But his brand of goodness was never passive. His achievement was to become a popular icon of the ANC movement without ever joining it or advocating violence. For this he was awarded the Nobel Peace Prize. 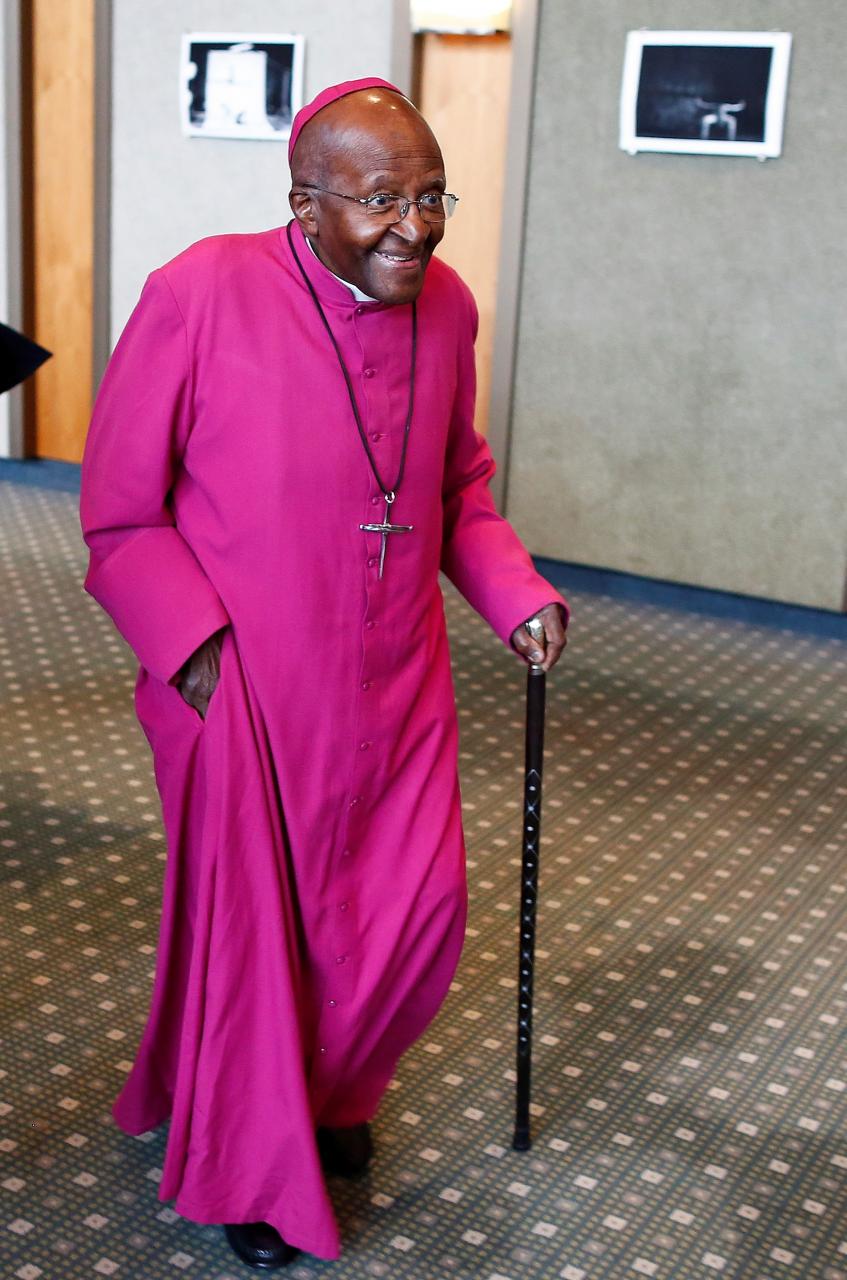 He was described by Nelson Mandela as “the voice of the voiceless,” speaking up against apartheid while the ANC was banned and its leader jailed, and the prelate was chosen by Mandela to introduce him when he spoke to the crowds on his release in 1990.

At Tutu’s house I had a long conversation with Ntsiki Mashalaka, a doctor who had been Steve Biko’s wife before the leader of the Black Consciousness movement was battered to death by white security police in 1977 at the age of 30. Mandela called him “a spark that lit the veldt across South Africa.”

Donald Woods, editor of the Daily Despatch in East London and a correspondent of The Observer, admired Biko as a remarkably clever and charismatic human being and championed his ideas in articles and a biography. Woods became a target of the security police himself and, after being banned, losing his job and fighting off several lawsuits, escaped in the dress of a priest through Lesotho and Botswana to England.

This dramatic episode became a film, Cry Freedom, directed by Dickie Attenborough, in which Woods was played by Kevin Kline and Biko by Denzel Washington. The idea for the film came from a lunch at The Observer at which we told Attenborough about Woods’s escape.

I remember hearing the word “apartheid” for the first time around 1960 when I was 12 or 13. It was in a public lecture in the Central Hall in Coventry by Bishop Trevor Huddleston, whose book, Naught For Your Comfort described the terrible conditions under which the country’s black people lived.

I told Tutu about this experience and he became lyrical about the effect Huddleston’s mission to South Africa had had on his own life, and how he had helped to persuade Tutu to take holy orders while tending to him in bed as he was recovering from an illness.

He told me a story. When he was about ten years old, he was standing on a terrace over a house in Sophiatown, which his mother was cleaning. “This white man came down the street and raised his hat to my mother. I never forgot that. For a white man to show such respect to a poor black cleaner was unheard of in South Africa and made a big impression on me. That man was Trevor Huddleston.”

Excuses for the inexcusable

Poor Ashley Giles, managing director of English cricket, will have to deliver a report to his bosses, the England and Wales Cricket Board, about the disastrous Ashes series.
The trouble is that hardly anyone on the board of the ECB has any playing knowledge of cricket and can make a reliable judgement on Giles’s analysis and recommendations.

Fortunately Andrew Strauss, the former England captain and the man who had Giles’s job before he had to give it up when his wife died of cancer, is an adviser to the ECB and has the experience to deal with the issues likely to be raised.

One of these is obvious: sack Chris Silverwood, the coach. Whether Joe Root remains captain should be left to him: there is no obvious successor, especially as Ben Stokes says he doesn’t want the job.

Covid and an extra-heavy schedule of Test matches in 2021 are valid arguments for the defence, but they do not explain why Australia dominated England at batting, bowling and fielding. England still ride high in one-day and T20 cricket, but the skills required for Test matches have been ignored.

Oh, and while they are at it, I suggest the ECB get rid of Giles as well. I never thought he was up to the job.