IF anyone knows what is really going on in Magalluf, it is the world famous British DJ Des Mitchell. He rocked up in the resort for a four day visit in 1989 while working in Tenerife and he is still here, 33 years on. This year he is back as the resident DJ at the newly redeveloped BCM, still considered one of the best and largest clubs in the world.

Des, who has appeared at most of the best clubs all around the planet, not to mention playing for the Prince of Monaco in Holland for a birthday or playing for Dolce in the Maldives, is a firm fan of Magalluf - he would not still be here otherwise - and it is not as if he is short of offers.
He has spent the past few winters as a resident DJ in the Maldives and he said this week that this weekend is going to be make or break for Magalluf this summer.

“It’s great to be back at BCM, especially after its six million euro renovation, but I’m very busy. I play Wellies twice a week, which is a nice relaxed evening and obviously a different crowd in Portals. I perform a few day sets at Oceans in Magalluf and I’ve got my daily drive-time show between 6 and 8 pm on Radio One Mallorca during the week, the dance show on Saturdays and then on Sundays the soul show from 7 to 9, so it’s all go. But it’s going to be very interesting to see what kind of post-pandemic summer Magalluf has.

“Early expectations were high. Now, to be honest I’m not too sure and that has nothing to do with the good behaviour and anti-drinking campaigns launched by the Balearic and British governments. To be honest, most of the kids I see in the resort probably have no idea about the campaigns or don’t care.

“Yes, there are certain things which need to be addressed but proactive action needs to be taken. There’s no point talking the talk unless the authorities are prepared to walk the walk and they’re not. Plus it is pointless just pointing the finger at the British. Magalluf has never been a purely British resort and nowadays it’s more cosmopolitan and international than ever.

“In fact, over recent years I’ve never seen so many locals and Spanish in the resort. We’ve just had three weeks of under-age Spanish students in the resort and to be honest, they behaved dreadfully, much worse than the average Brit. So let’s have some perspective. 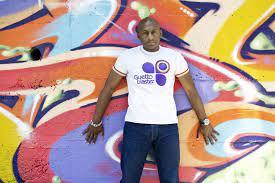 “Plus, all of the bars up and down the strip, Punta Ballena, are owned by Spaniards, not the British and the summer seasons are highly lucrative for them. Both of my daughters grew up in and around Magalluf and when they were younger they did the Magalluf thing and have since grown up to be extremely professional and responsible mothers, just like millions of other young people who have come to enjoy Magalluf over the years and they still will.

“The resort is busy, there are a lot of young people aged between 16 and 20 but they tend to be making the most of the beach clubs during the day and not clubbing at night.

“I see it at Oceans. Groups book tables and bottles of spirits and mixers and spend the day there enjoying the live sounds. It’s a great atmosphere. That said, at the same time I’m looking at Magalluf beach and all the sun beds are empty. So, like I said, it’s difficult to judge how this summer will play out.

“But we’ve already had some great nights at BCM with top DJs from around the world and we’ve got a great summer line-up of artists, and friends of mine from years ago have already been back to see and enjoy the new BCM. So many generations have come to Magalluf over the years, many people just come to see the strip, it’s a bit like going to see the strip in Las Vegas. People want to witness and experience the electric atmosphere. It’s all lights, camera, action.

“Yes, there are some issues which need to be dealt with but that requires action not talk and restrictions, it sends out the wrong message. We need to take a more positive approach, prohibition never works and it could all be very simple and dignified.

“I remember being on South Beach in Miami in 1991 for a DJ convention. I walked off the beach with a beer in my hand. A police car stopped and the officer politely told me that drinking off the beach was not allowed. I apologised, put the beer in the nearest bin and I’ve never done it again. That’s all it took, so why can’t the police, under the orders of the council, do that in Magalluf?

“All it needs is to have a couple of police at each end of the strip and maybe a few patrolling up and down keeping a close eye on things and if they should see any potential problems developing, just have quiet word and that is that. Be proactive instead of waiting for things to kick off and then wade in. That’s how we operate in BCM. If I’m playing and see anyone behaving out of hand or showing any signs that things could get a bit out of hand, either I or security have a quiet word, problem avoided and everyone has a great time. Many of us have been in this business long enough to spot potential problems, surely the police are capable of doing the same and that goes for security in the bars - nip potential problems in the bud. It’s a lot more affective than banging on about what people can and cannot do, how many drinks they can have and when and where people can buy alcohol.

“The drug dealers stick out a mile, stop them selling instead of catching people who have bought from them, for example.

“And the street prostitutes. That seems to have calmed down but when there were problems, the police and local authority knew who they were, where they were coming from and how. Well just stop them from getting into the resort. Many of the problems are not down to the thousands of people who come to Magalluf from all over the world every year, it’s how the resort is managed.

“It doesn't matter what spin people want to put on it. People will always want to come and have fun and enjoy themselves. I have to admit that I don’t particularly like to see people in tangas walking around half a mile from the beach, but that again can easily be avoided with a bit of information in hotels or again a quite word from a friendly police officer, there’s no need to start fining people.

“Another factor is the fall-out from Brexit. The clubs and bars can no longer employ British PRs for the season and they used to be a key part of the scene. They knew all the best clubs and pubs and would be out in the streets advising people where to go, they added a lot to the atmosphere, especially on the strip. Punta Ballena is the heart and soul of Magalluf and the authorities will never kill it - however much they try. They are fighting market forces. And it’s not a case that they will go elsewhere, because so many people want to come to Magalluf.

“I would be more concerned about the chaos at the airport, what kind of image is that? I’ve got wealthy friends who I met in the Maldives coming over after having heard me going on about how wonderful Mallorca is, and I’m terrified they will get caught up in all the mayhem at the airport. That’s my main concern, not the fact they are going to go out in Magalluf.”

As long as it stays within that square km, it won't affect Mallorca much. But investment will likely decline. And why bother cleaning up? The demographic that it attracts doesn't seem to care. It's what attracts them in the first place. Shame though... It has much potential.

A surprisingly sensible piece. Strange how things change. In our disco in Arenal in the mid 80's the spanish students were fine, didn't spend any money but behaved well. The moment the Brits arrived it was fights, vomit and vandalism for the rest of the summer.