British police today shot dead a knife man wearing a fake suicide vest who had gone on the rampage and stabbed a number of people, describing the attack in central London as a terrorism incident.

Police were alerted just before 2 p.m. (1400 GMT) to a stabbing at a premises near London Bridge, the scene of a deadly attack by Islamist militants two years ago.

Half a dozen bystanders wrestled the suspect to the ground and grabbed his knife. A video posted on Twitter shows police dragging one man off the suspect before an officer takes careful aim. Two shots ring out. The man stops moving. 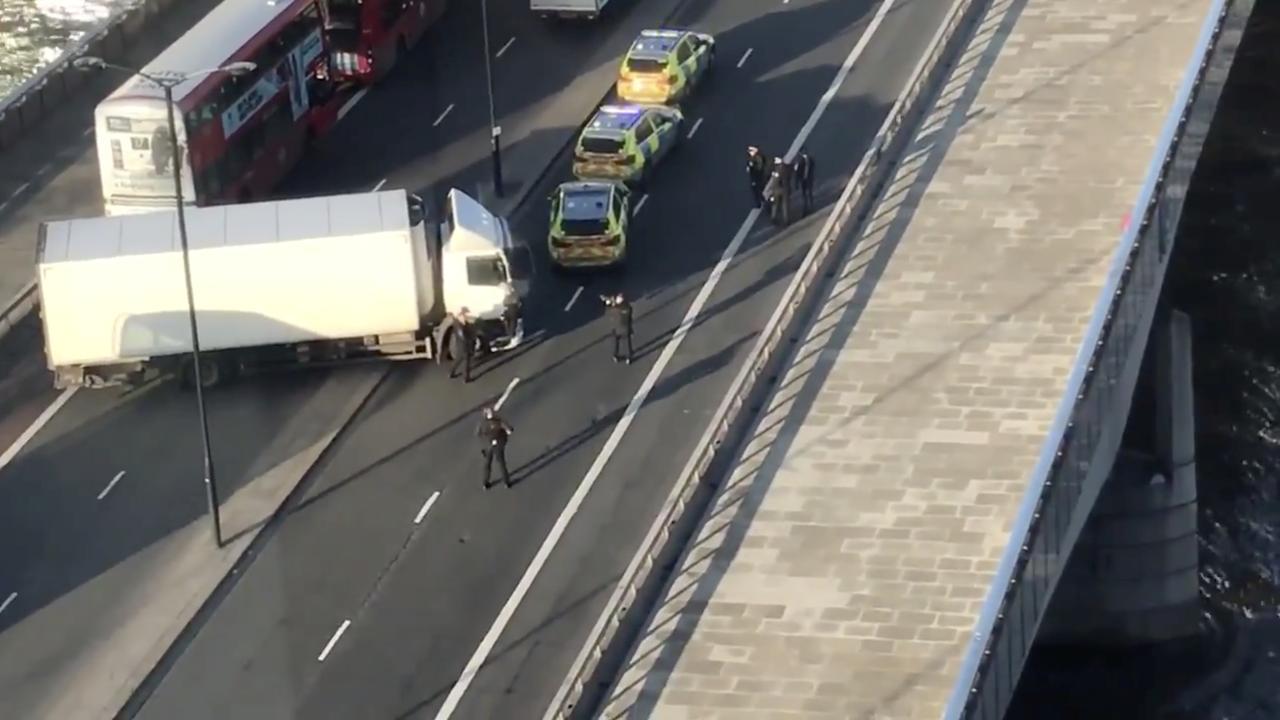 “A male suspect was shot by specialist armed officers from the City of London police and I can confirm that this suspect died at the scene,” the United Kingdom’s top counter-terrorism officer, Neil Basu, told reporters.

“A number of other people received injuries during this incident,” Basu said. “We believe a device that was strapped to the body of the suspect was a hoax explosive device.”

Prime Minister Boris Johnson, who has called a snap election for Dec. 12 and is due to host NATO leaders including U.S. President Donald Trump next week, returned to Downing Street and was updated on the incident.

“This is an appalling incident and all my thoughts are with the victims and their families,” Johnson said in a statement. “I want to thank the emergency services and members of the public for their immense bravery.”

His main opponent, Labour Party leader Jeremy Corbyn, said he was shocked by the incident and that his thoughts were with those caught up in it.

“What’s remarkable about the images we’ve seen is the breath-taking heroism of members of the public who literally ran towards danger not knowing what confronted them,” Khan told reporters, adding that the man had been wearing a fake bomb.

“Members of the public didn’t realise at the time that was a hoax device, and they really are the best of us,” Khan added.

George Robarts, a translator who was on the bridge at the time of the attack, said an unidentified man ran through the traffic and jumped the central partition to tackle the attacker with several other people.

“We ran away but looks like he disarmed him,” he said. “Amazing bravery.”

Rob Underwood, who was at the scene, said that people scattered as the attack unfolded and then hit the ground.

“Apart from momentarily looking up and seeing whatever that flash might have been, it’s difficult. You feel as though you’re in a bubble, really,” he told Reuters. “It was almost like a firecracker going off.”

“It’s difficult when you’re on the floor, really, your major priority is just to try and get out of danger and stay safe.”

The ambulance service declared a “major incident” in the area and London Bridge station, a busy commuter hub, was closed.

Earlier this month, Britain had lowered its national terrorism threat level to “substantial” from “severe”, its lowest level since the terrorist attacks of 2014.

So Usman Khan was "out on licence". It must have been a licence to kill. ( Sorry, don´t mean to sound trite - but the situation is ridiculous ).

Breathtaking heroism, you make me laugh ! If they would have killed the Di..head before the police they would have been charged with murder , in future every member of the public should have the right to defend another without fear of prosecution as the saying goes do unto others as they would do unto you only do it first .

Those people who authorised the release of this known convicted Terrorist from prison. Are equally guilty of causing the deaths of two persons on London Bridge. It is incredulous that this previously convicted Terrorist was released from prison. There will be others in Britain and the World who are known Terrorists who are free to carry out further Terror acts and cause more deaths. I could not believe that the Security Level in the UK was very recently reduced to a very low level. Especially with the build up to Christmas. BLACK FRIDAY this year was obviously the Terrorists motivation for this year 2019.