Half a million people joined the Great Climate Change March in Madrid yesterday which was led by ?Fridays for Future? and ?Youth for Climate?.

The demonstration began at Ronda de Atocha at 6pm and from there protestors marched through the centre of Madrid carrying a huew banner that said ?The World Has Woken Up To The Climate Emergency? in Spanish and English. 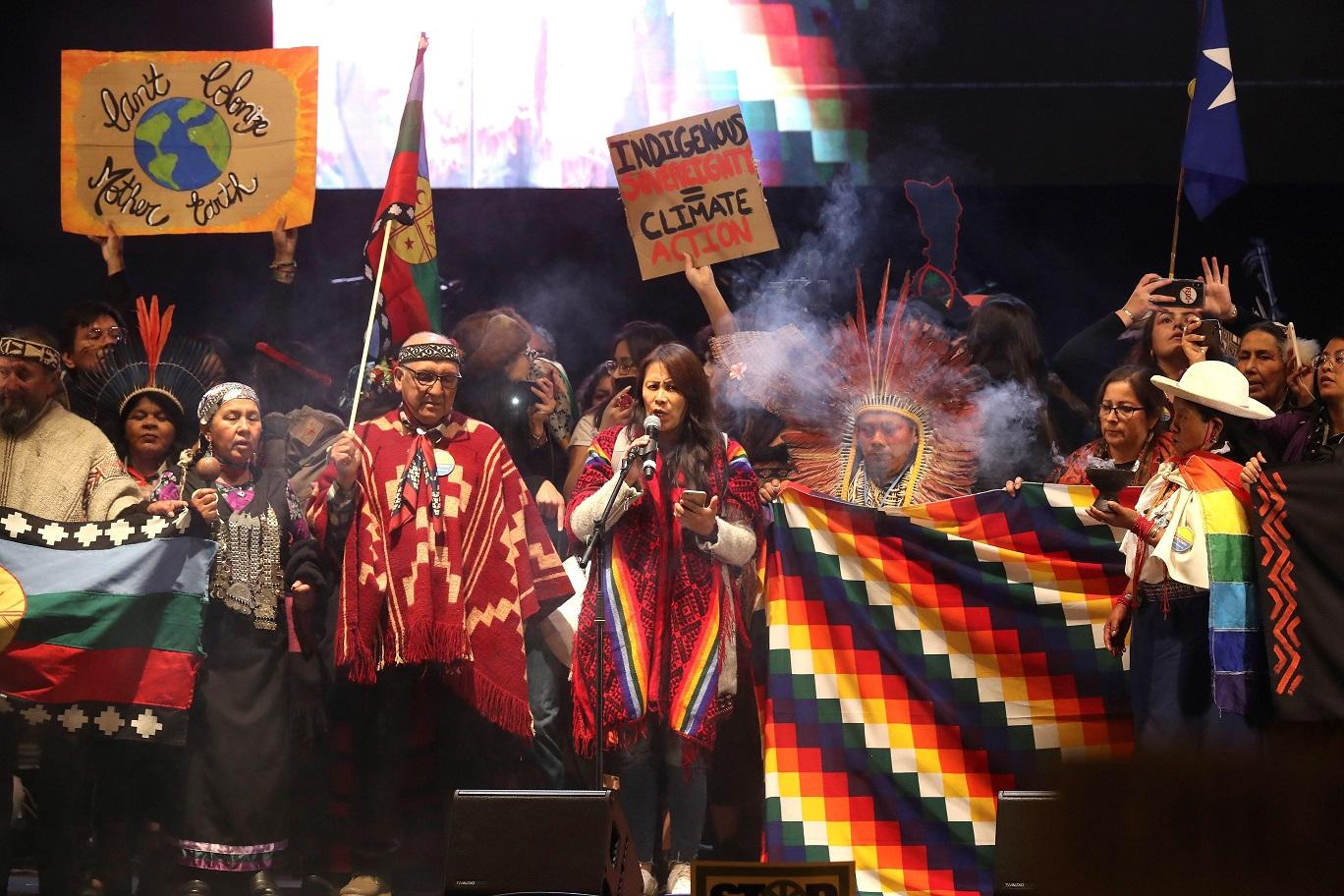 Other banners read 'The Planet Will Continue To Exist, We Will Be Extinguished' and 'Change Your life, Not Your Climate'. Protestors chanted 'Less Emissions, More Solutions' and criticised the Mayor of Madrid, José Luis Martínez-Almeida.

There was some tension when Swedish Activist, Greta Thunberg tried to join the march at Plaza Neptuno and she was advised by Police to abandon the demonstration and taken to Nuevos Ministerios.

HAPPENING NOW:
Madrid is crowded for the #COP25 demonstration. We won't turn our back to leaders stealing our future by ignoring the climate crisis. The climate justice movement is bigger and closer than ever! #WeAreUnstoppable pic.twitter.com/2gLKR5DVVG

Trade Union representatives, Politicians, Environmentalists, Indigenous Groups from Chile, Peru, Ecuador and Brazil joined thousands of supporters for the 2 hour march. It was organised by the FFF platforms, Climate Alliance, Climatic Emergency Alliance and 2020 Climate Rebellion, with the support of the Chilean organisations, Summit of Peoples, Civil Society for Climate Action? and Minga Indígena.

Greta speech after she was denied on participting in the Madrid climate justice march. #GretaThunberg #Madrid #COP25Madrid pic.twitter.com/n9lSsjUhfa

An FFF activist thanked demonstrators and expressed his support for the people of Chile saying "without climate justice there is no future".

Demonstrators waved 'The Eyes of the World' flag which shows the faces of people of all races and countries and symbolises the vigilance and action of Governments and Amazonian Collectives and appealed for climate justice.

Spanish actor, Javier Bardem was in Madrid to support the demonstration and appealed for urgent action.

?The painful truth is that it's getting hotter and we only have ten years to reverse it, with urgency, ambition and reduction," he said.

During his speech, the actor also accused President Trump and Madrid Mayor, José Luis Martínez-Almedia of being stupid.

When Greta Thunberg, took to the stage the crowd went nuts. 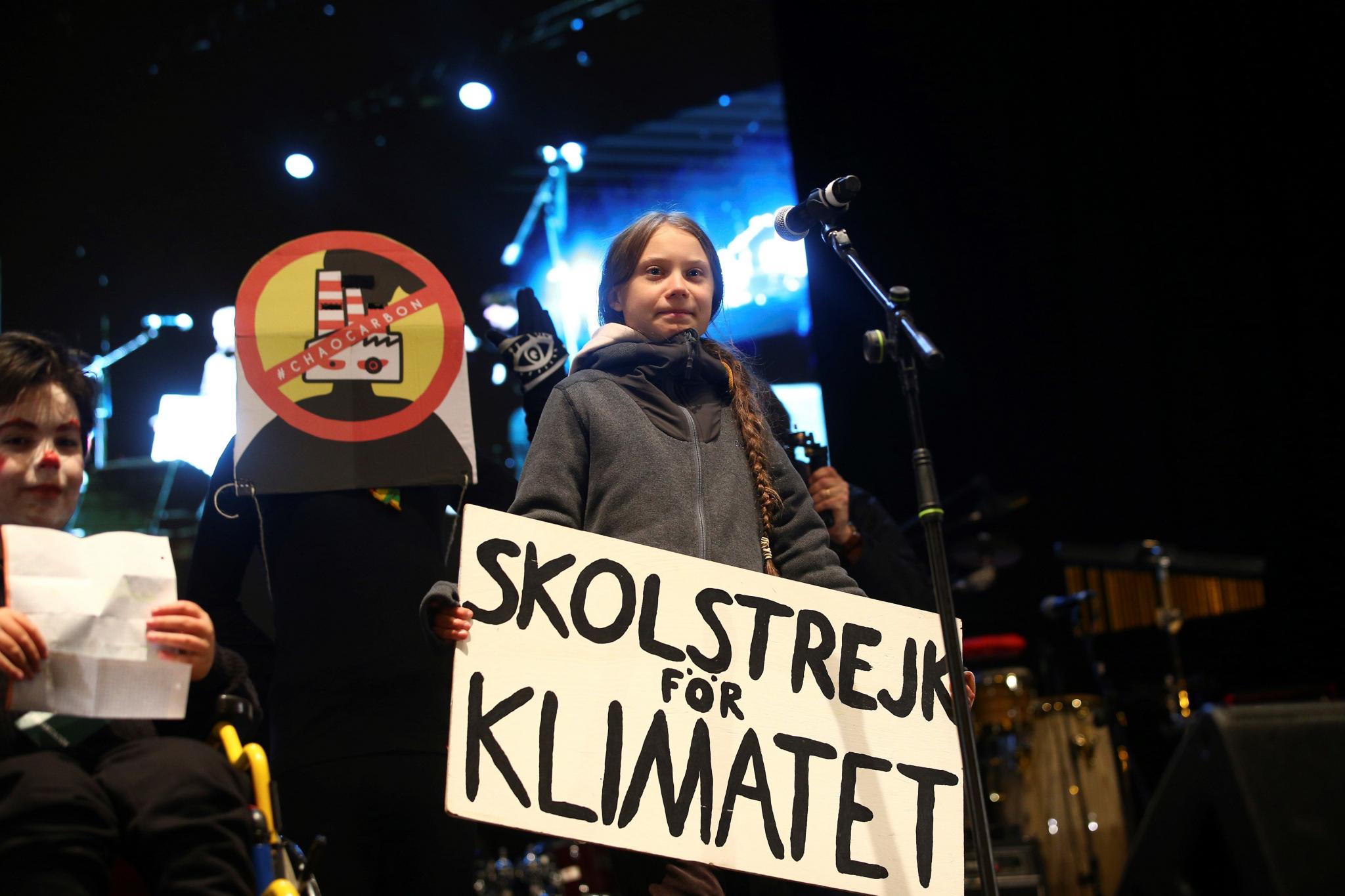 "The change we need will not come from the powerful, but from all of you and we must stop this crisis,? she told the protestors. ?Our leaders are in Madrid to negotiate our future and I can tell you that hope is not within the walls of the United Nations Conference, or COP25, but here, with you.?

The Climate March coincides with the Conference of the Parties to the United Nations Framework Convention on Climate Change, or COP25, which was moved to Madrid because of the political unrest in Chile.

The Summit will run until December 13 and delegates aim to lay the foundations for a new phase of action to combat climate change.

The Greta poster below says:

Greta was noticed in August 2018, when she began to sit regularly, every Friday, outside the Swedish Parliament with a placard with the text "School strike for the climate".

School strikes your children? Can't they? They just have to wait for the abyss? Good luck! ... Godspeed, I mean.

PS Greta has Asberge's syndrome - she has told herself in Skavlan * on SVT1 (Swedish Public Broadcasting). But it does nothing in Sweden. Everyone is extremely free - much freer than US residents et cetera - so-called state individualism.

* Skavlan is a Swedish-Norwegian talk show that is shown both at SVT in Sweden and at NRK in Norway and is led by Norwegian presenter and journalist Fredrik Skavlan.