The Spanish Government has said it will reinforce the verification controls of PCR tests for people arriving at ports and airports from the UK because of the new strain of coronavirus, but will not ban flights from Britain for the time being.

"Spain maintains its position that any decision in this regard must be common and avoid unilateralism," said a Central Government Spokesperson. “In order to travel to Spain it is mandatory for all passengers from countries at risk to undergo a PCR test 72 hours before travelling and present a negative result on arrival in Spain.”

“Spain has asked the EU for a coordinated response to this new situation,” according to the Minister of Foreign Affairs, European Union & Cooperation, Arancha González Laya. ”The objective is to protect the rights of community citizens via coordination," she tweeted and added that “the Government is waiting for the rapid response of European institutions and if there is none, Spain will act to defend the interests and rights of Spanish citizens."

Eight European countries have already forbidden planes carrying passengers from the UK to land at their airports.

France implemented a 48 hour ban on UK flights from Sunday night, including freight carriers by road, air, sea and rail.

Ireland has tightened restrictions on flights and ferries from the UK. 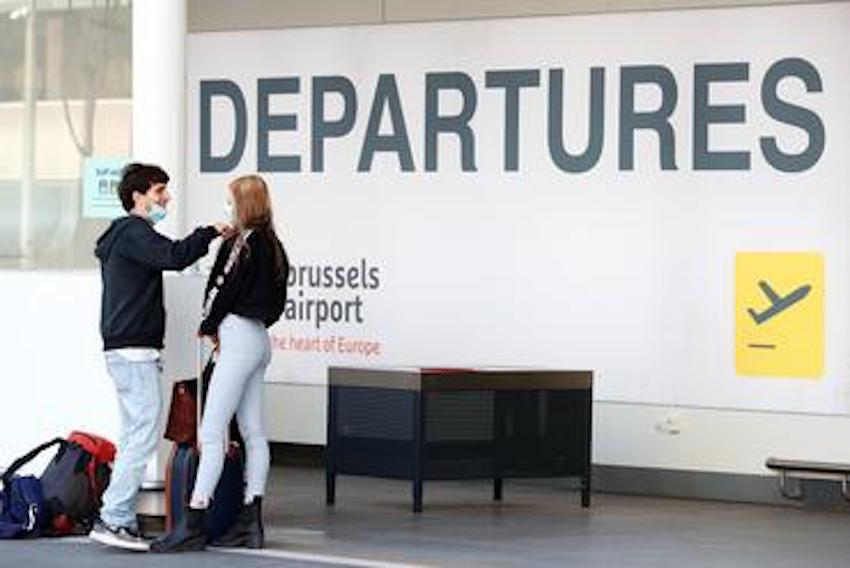 Belgium has shut its borders to flights and trains, including Eurostar services from London.

Germany suspended all UK flights from midnight on Sunday.

Italy has blocked all flights from Britain and anyone who’s been in the UK during the last 14 days is banned from entering the country.

Austria and Sweden are preparing issue a ban on UK flights and Romania, Lithuania, Latvia, Estonia, Bulgaria and the Czech Republic say they're also planning to bar flights from Britain.

Scotland has imposed a ban on travel to the rest of the United Kingdom.

Representatives of EU countries spoke via video-conference on Sunday to determine a joint response to the new strain of coronavirus detected in the UK.

Brussels has convened a meeting of experts from the EU Mechanism for Integrated Political Response to Crises or RPIC on Monday. The RPIC is in charge of monitoring the coronavirus crisis and deciding how to respond in a coordinated manner within the framework of the EU. The Spanish Government insists that it will “defend the need to adopt coordinated measures on flights from the UK" at the meeting.

French President Emmanuel Macron and German Chancellor Angela Merkel have been in contact with other EU leaders by phone to agree a common response.

British Health Minister Matt Hancock has acknowledged that the new strain of coronavirus is "out of control" in London and the Southeast of England.

A 2 week lockdown was implemented in the affected areas to try to stem the spread of the new virus, but cases have already been confirmed in other parts of the UK.

Planes carrying medical personnel or mail and those being used to repatriate British nationals will still be allowed to land at European destinations.

The British Foreign Office is advising all travellers to check its website for the latest travel information.

Passengers who are due to fly to European destinations this week are advised to double-check the latest situation with their airline before leaving home.

Fully agree with EU countries banning travel from the U.K. Pity the UK did not ban travel from certain countries as far back as March,Spain definitely included. No information if indeed the UK have put a similar ban on travellers from EU countries now.

A friend came in from the UK on Friday. He was shocked that the PCR tests were not checked at any point.

If Mallorca wants to be a safe destination for tourism in 2021 they may need to up their safety game - sooner rather than later.