The life of a two-month-old Spanish girl was saved by pioneering surgery when doctors transplanted a small heart that had stopped beating from a donor with a different blood type, Hospital Gregorio Maranon said on Monday.

"It was twice the magic," said Juan Miguel Gil Jaurena, head of children's cardiac surgery at the Madrid hospital, explaining that such techniques did not exist for young children three years ago and had never before been used on a baby so small.

The case opens the way to saving more infants who need heart transplants and are too young to use ventricular support devices until they get a compatible donor. 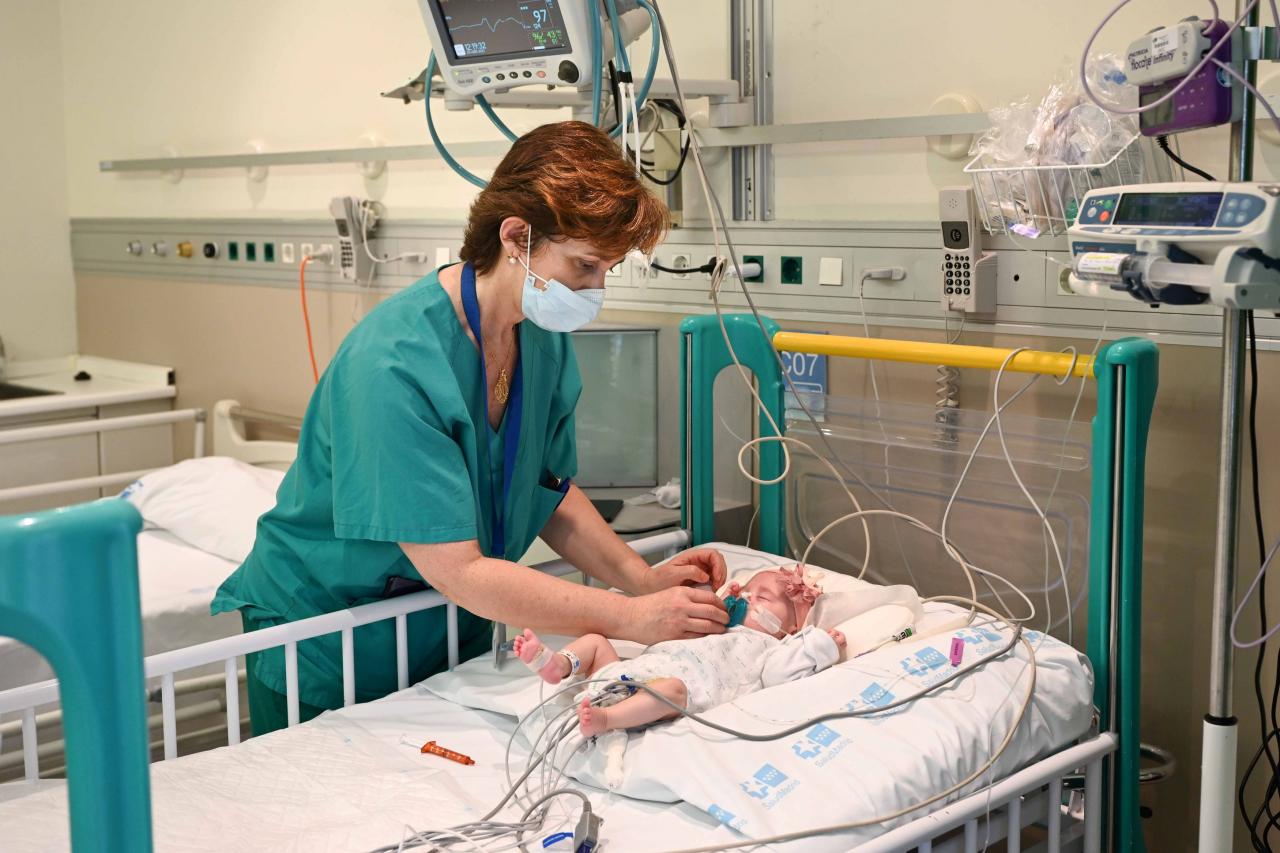 The operation was complicated because the donor was at a hospital in a different Spanish region and the heart had stopped beating for a few minutes, requiring a recovery procedure. The hospital did not disclose details about the donor.

The baby girl, Naiara, had been diagnosed with a congenital heart disease before she was born and weighed only 3.2 kilograms when the surgery was performed.

"She is the smallest baby we've had for a heart transplant, and 24 hours before the surgery her condition worsened a lot. Had she not got a heart (transplant), she would probably not be here," said Manuela Camino, head of the children's cardiac transplant unit.
Naiara is recovering at the hospital.

With 37.4 donors per million people, Spain last year was the world leader in transplants, according to the global database on donation and transplantation of the World Health Organization (WHO) handled by the Spanish Transplant Organization (ONT).