Lava from the Cumbre Vieja volcano on Spain's La Palma poured into the Atlantic Ocean for the second day on Thursday, creating a rocky outcrop more than 500 metres wide that extends the island's coastline further to the west.

Vicente Soler, a volcanologist with Spain's National Research Council, said by flowing into the sea the lava was less likely to cause damage on land.

Thousands have been evacuated from their homes since the volcano erupted on Sept. 19 and the lava flow has destroyed more than 800 buildings, as well as banana plantations, roads and other infrastructure.

"This outlet ... represents the most favourable situation for the lava flow not to keep invading new territory as it has been doing until now," Soler said in a video posted to social media.

After meandering downhill to the coast for nearly 10 days, the lava reached the ocean just before midnight on Tuesday near the town of Tazacorte. On reaching the water, the lava cools rapidly, binding to the cliffside and enlarging the island's territory.

Despite fears of toxic gases from the lava reacting with the seawater, authorities said the air remained fine to breathe inland.

Emergency services warned that ash thrown out from the crater was blocking sunlight and reducing visibility. 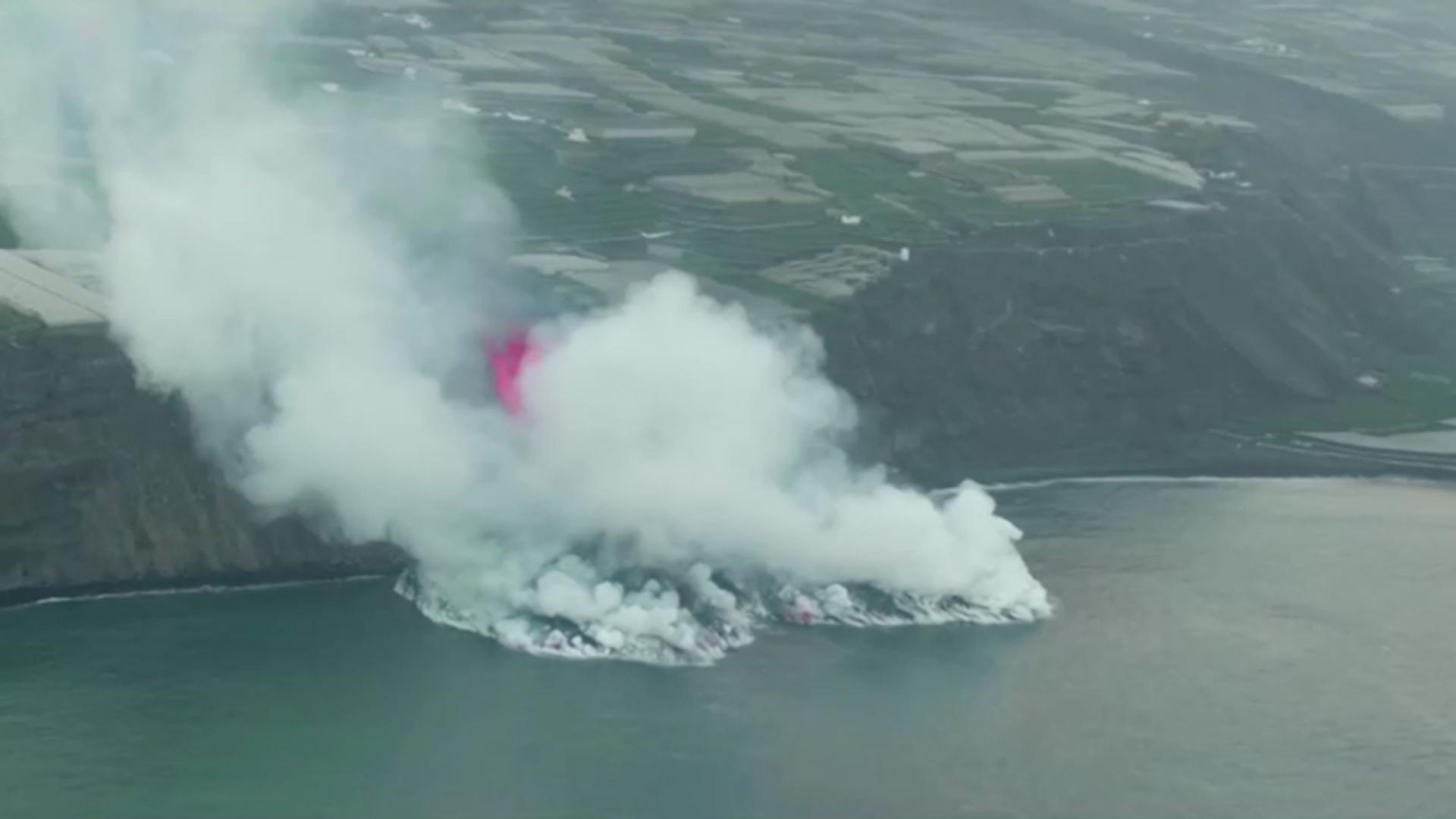 Several villages near the coastline remained locked down as a precaution but banana farmers in several villages were allowed access to their plantations to tend their crops.

Reuters correspondents on the island said the eruption appeared to have calmed from around 1000 GMT and no lava was being expelled from the crater, though smoke continued to billow out.