Abta, the Association of British Travel Agents, has been holding its annual convention in Abu Dhabi this week. To coincide with this event, it has released its Holiday Habits Report for 2016. Among the main findings, the report points to a 10% increase in travel by people in the UK over the twelve months to August this year. There was a specific rise of 2% in foreign travel, with the number of foreign holidays having increased from an average of 1.2 per person to 1.5. The main age groups leading the rise in foreign travel are the baby boomers (aged 55 to 64) and the Millennials (25 to 34).

In 2017, the report suggests that 24% of travellers plan to spend more next year than this year, a percentage much the same as in the 2015 report: 23% said they would be spending more. The figure of those who intend to spend less is also much the same: 16% as opposed to 15% in the 2015 report. The implication of this is that, despite uncertainties caused by, for instance, the referendum, there is at least as much market optimism for 2017 as there was for this year.

Mark Tanzer, Abta's CEO, says that UK travellers value their holidays enormously. The indications for 2017 are, therefore, encouraging. He does, however, sound a note of caution regarding the state of the UK economy and the nature of Brexit negotiations.

Tui, meanwhile, is reporting a 7% increase in foreign holiday bookings by UK tourists for next summer. Thomas Cook, without specifying by how much, says its bookings for next year are also up.

It'll hinge largely on the exchange rate as we approach the main part of the booking process into next year - I fear that a rate around parity will hit bookings big-time, however if uncertainty about safety in Turkey and North Africa and other areas with terrorist worries continues then bookings may hold up ok. Who knows? I don't, neither do you! 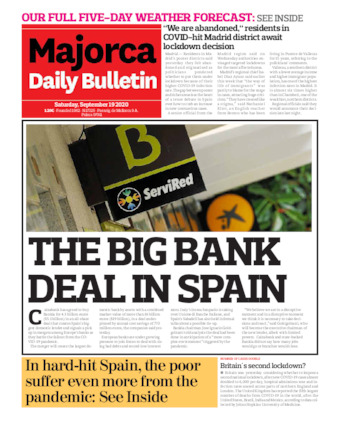