Not so better in winter
While tourism minister Bel Busquets was suggesting to the Balearic parliament's tourism committee that the 'Better in Winter' campaign has been a roaring success, the weather was doing its utmost to disprove the campaign slogan. On Thursday, the temperature failed to go above freezing all day at the Alfabia weather station in the Tramuntana. Snow, not especially heavy, returned. But as has been observed previously, February is historically the month when snow can be most expected, such as in 1956: the year of record snowfalls.

Busquets was seemingly delighted to be able to tell the committee that there had been a reduction of more than 3,500 in the number of holiday rentals - most of them apparently because owners no longer wanted to rent properties out. Inevitably, because this is the government's stance, the reduction was evidence of a change in the economic model.


Airbnb fine
Airbnb had incurred the wrath of the tourism ministry. A fine of 300,000 euros was imposed because the website, having been warned three times, failed to remove all properties that didn't have the necessary registration licence number. Airbnb acknowledged that the law had been violated but said that it will nevertheless be appealing against the fine.

Questions have been raised as to whether the Balearic government can make the fine stick. A fine of 600,000 euros that Barcelona town hall imposed on Airbnb last year has yet to be cleared up, a previous one of only 30,000 euros by the Catalonia government having been overturned. The Catalonia High Court accepted Airbnb's defence that it was merely an e-commerce intermediary. However, as we noted on Friday, the European Union has given the all-clear to legislation in the Madrid region which establishes that Airbnb is a tourism service company. This definition could prove to be highly significant, as it bypasses the intermediary defence.


The property market
The government will insist that its rentals legislation has resulted in more rental accommodation being made available for long-term rent. It can say this, but there is evidence to suggest that this may not be the case. A shortage of affordable housing was once more highlighted by the Proinba property developers association. It pointed to a reduction in the number of new homes built in Majorca last year. Meanwhile, the luxury end of the market continues to do well, although there is now a warning that luxury properties are becoming more scarce. At whatever scale of the property market, it seems that there is pressure which is pushing up prices. Proinba was cautious in referring to there being a "bubble".


Protest against Catalanisation
A march in Palma last Sunday protested against requirements for Catalan speaking in the health service and also against Catalanisation in the Balearics. Organised by the Minorca Mos Movem group, the protest attracted politicians and associations from the right and centre-right. Among them was Jorge Campos, who has recently set up his own political party to fight against Catalanisation. Campos, meanwhile, was calling for the immediate imprisonment of the Majorcan rapper Valtonyc. The Supreme Court upheld a three and a half year prison sentence handed out to the rapper for, among other things, having praised ETA, insulted the royal family and threatened Campos and others.

On a health-related matter, the exterior health department in the Balearics was pointing to an increase in the number of medical "emergencies" it has to contend with because of the ever greater number of cruise ship tourists. These emergencies are typically ones to do with outbreaks of infectious diseases.


Ariany's tourism
The tourism ministry hasn't spent a euro on promoting summer tourism. But other authorities are spending. One of them is the town hall in Ariany. It is developing a video to promote the village and will also be taking some advertising slots on television. Ariany, as its mayor noted, is a municipality without coastal areas that has been declared "saturated" by the Council of Majorca's holiday rentals zoning map. The town hall wants to get this changed.

Regarding affordable housing and the locals. This problem is worldwide. Especially in affluent areas. Young people have very little chance of getting onto the housing market, this generation needs housing help. It's totally bizarre what the Majorcan government has done. It won't help anyone. Empty properties that none of the locals can afford to buy and job losses. I'm sure Majorca is beautiful all year round, but come on, people especially those from the cooler climates want to go their when the weather is nice. Here in the UK the winters are very long! I do hope the Majorcan government sees sense one day. If they don't want mass tourism they need to do something with the airlines, ferries and cruise ships. 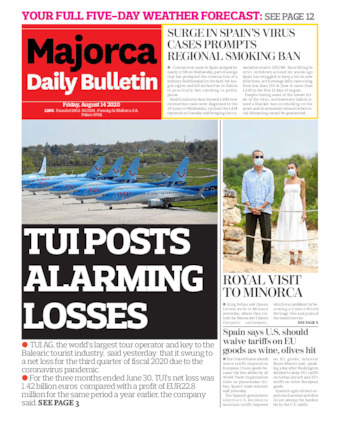