Four German tourists were issued with fines by Capdepera police on Saturday, having been the leaders of a group of some thirty tourists in all who had surrounded police officers at Cala Agulla beach.

Around four o'clock on Saturday afternoon, officers went to the beach after numerous complaints were received about a group of young tourists who were making a nuisance of themselves. This was mainly because of the playing of music equipment.

Officers asked the tourists to accompany them to a point next to the beach bar in order that the officers could fill out complaints reports. It was at this moment that they were surrounded and were confronted with aggressive behaviour. Reinforcements were called for, and a number of other police arrived.

Four of the group were picked out, numerous fines were issued and the music equipment was seized.

In a separate incident, the police arrested a resident of Cala Ratjada on Friday, who was stealing backpacks and bags from the beach. A waiter noticed him and took photos of his car. The police located the vehicle and found items valued at around 450 euros. 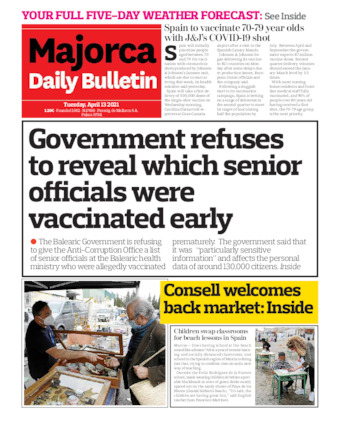