Over the past ten days, Capdepera police have set in motion the fining of on average forty drivers per day because of speeding on the Avenida Juan Carlos I. This is the main road between Capdepera and Cala Ratjada, and the fines are the result of a mobile radar having been set up at different points along the road.

Vicenç Garriga of Capdepera police says that the municipality's regular population of 12,000 can increase five times or more in summer. There are certain roads where speeding occurs and accidents. In the case of Avenida Juan Carlos I, there have been numerous complaints from residents about the speeding. The mobile radar, he explains, started to be used following an agreement with the Tax Agency, though he insists that the intention is not to collect fines revenue but get drivers to stick to the speed limit.

The average of forty fines per day is in fact a reflection of how quickly the mobile radar has had an impact. On the first two days there were over 100 infringements. In one thirty-minute period, 53 vehicles were recorded for speeding. The limit is 50kph. The radar, Garriga adds, is only operational for ninety minutes at a time in different spots "with drivers not knowing where it is located". They are aware that there is a radar, though, which is why the infringements have come down.

The radar will continue to be used until September, and fines - as Garriga notes - increase with the speeds recorded. From 51 to 70kph it is 100 euros; from 71 to 80, 300 euros and the loss of two points on the driving licence; between 81 and 90, 400 euros and a four-point deduction. 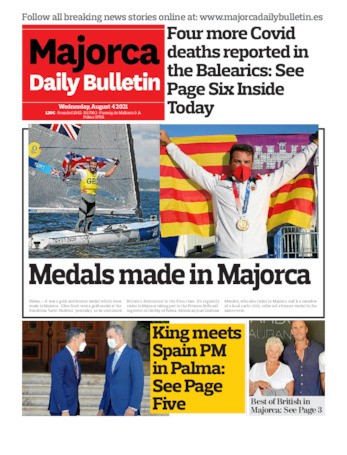