Too many cruise ships? | Gabriel Alomar

Emiliano González is president of MSC Crociere (MSC Cruises), the Italian-Swiss cruise operator whose ships, such as the Armonia and Fantasia, are familiar sights in Palma; MSC is the fourth-largest cruise operator in the world.

González has been in Majorca and has spoken about the current debate surrounding cruise ships, and he starts by making a distinction between ships and people. “No cruise ship enters the Cathedral ... or the Charterhouse in Valldemossa. We are talking about tourists, those who come to Palma with the best intention of visiting the island. If someone says they don’t want cruise ships, what they are saying is that they don’t want tourists. A cruise ship is a means of transport that also provides accommodation.”

The so-called “saturation” of the city centre is a key aspect of the debate. González observes that the highest influx of cruise ships is in the low and medium seasons. “What happens if the weather is poor in those months? Most tourists choose to go to Palma. If there are three or four cruise ships in port on the same day, some people want to believe that they are only seeing cruise passengers and that these passengers are the cause of massification.” 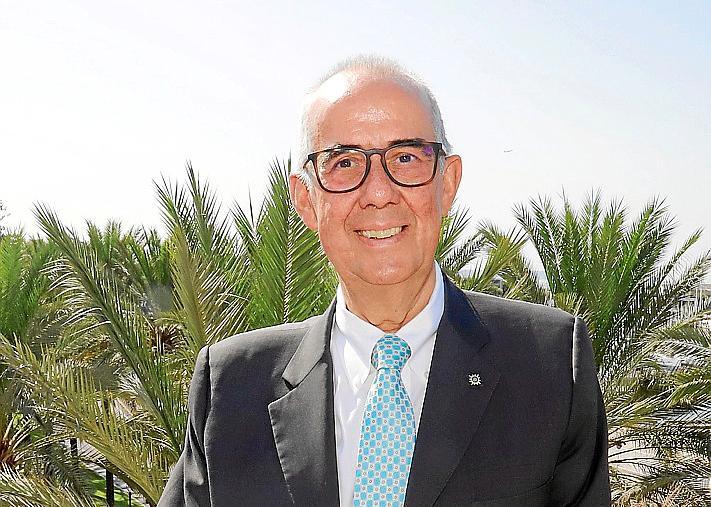 In González’s opinion, cruise tourists are not to blame for saturation. These tourists provide significant economic benefits, which “some” are determined to try and prove otherwise. As for limiting the number of ships, he insists that there first need to be figures which indicate that cruise tourists are to blame for saturation. “If you want limits, then there should also be limits on ferries and planes.” There is no “ideal” number for ship arrivals. Majorca is very attractive to visitors, and “in a free market, you can’t start imposing conditions”.

With regard to pollution, he points out that the cruise industry is one of the most regulated in the world. For example, from the start of next year, there will be regulations in force to cut sulphur emissions by 85%.

As the tourism minister, Iago Negueruela, has suggested that measures need to be adopted in order to regulate the arrival of ships, González says that MSC and the whole cruise industry are open to dialogue in order to find solutions and that discussions would be conducted with “maximum respect and rigour”.