Andy Murray won 6-0 6-1 to move into the second round of the Rafa Nadal Open Challenger tournament. | @Rafa Nadal Academy by Movistar

It was a match in name only and the setting was a world away from the U.S. Open that started on Monday but Andy Murray cared not a jot as he notched his first singles win since returning from career-saving hip surgery.

The 32-year-old former world number one crushed teenage French novice Imran Sibille 6-0 6-1 to move into the second round of the Rafa Nadal Open Challenger tournament, barely perspiring on a sultry Majorcan evening.

Murray, who had hip resurfacing surgery in January, opted against competing at Flushing Meadows, dropping down to the ATP's second-tier circuit for the first time since 2005 to continue his comeback. Big Apple it was not, but he was not slumming it.

The Rafa Nadal Academy on the edge of 18-time Grand Slam champion Nadal's home town of Manacor is a plush state-of-the-art facility backed by olive-green hills.

Word of Murray's late decision to accept an entry had spectators, many of them breaking off from the beach, packed in around the showcourt to watch the three-time Grand Slam champion's 42-minute hardcourt exhibition. 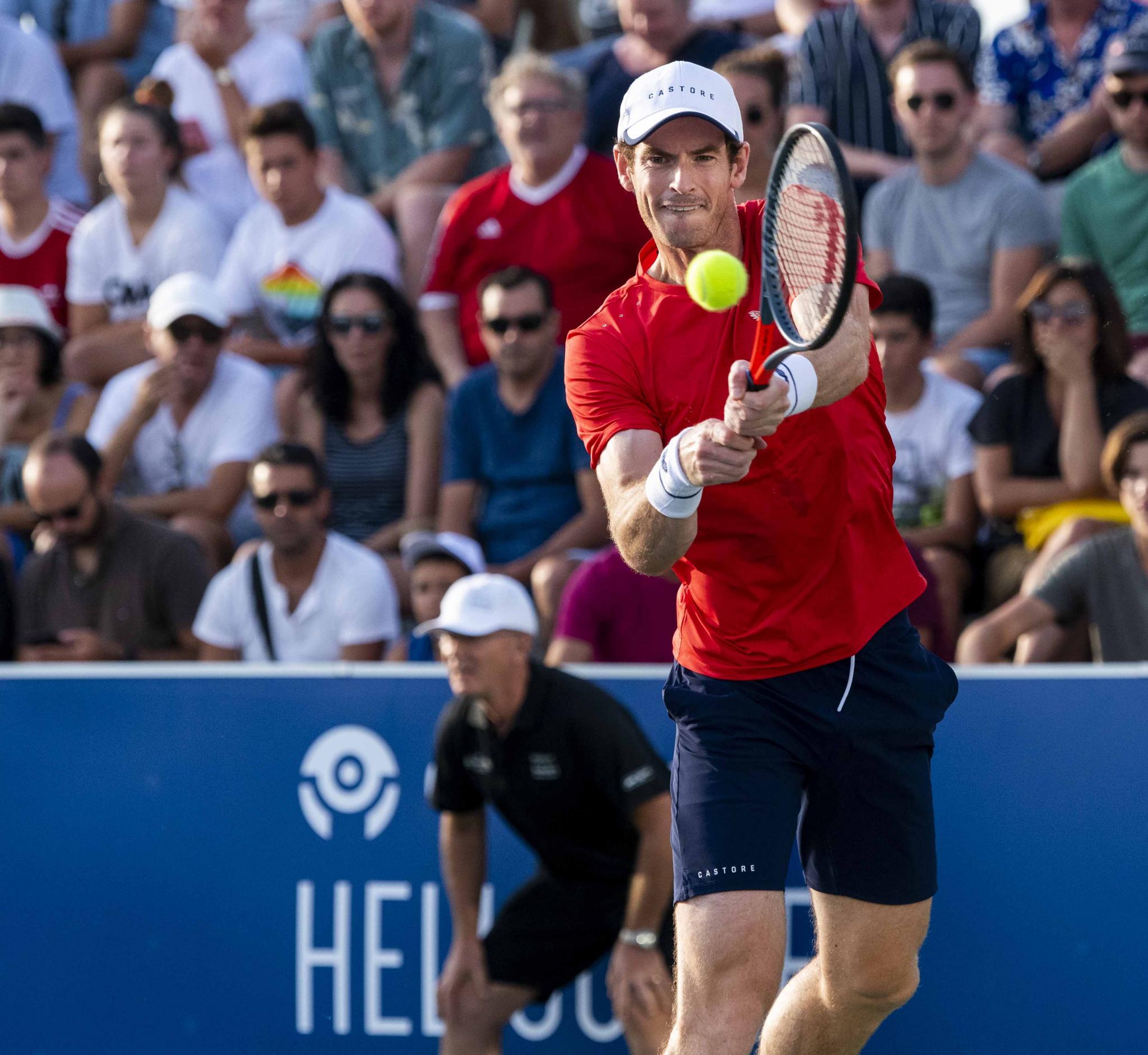 Sibille, who trains at the academy, has no ATP ranking and has earned $150 from tennis. He may look back on his clash with Murray as the highlight of his career.

For Murray it was a taste of the winning feeling, something he has not experienced in singles since January in Brisbane, shortly before a tearful first-round exit at the Australian Open when it appeared a flaking hip would end his career.

Far bigger tests of that metal-coated joint await, including today when he faces third seed Norbert Gombos of Slovakia, the world number 115, but Murray is back.

HEALING MUSCLES
"I need to get a bit quicker, and get a little bit more match fit before I'm back competing at that level again," Murray told reporters. "That's why I decided to drop down a level and try to get some more matches in.

"It's still only seven months since my surgery and I was told that nine to 12 months after you will still be seeing improvements, muscles will still be healing and recovering so hoping by the end of this year I will be feeling better."

Murray played in second gear throughout and even resisted the temptation to claim a "double bagel" when he casually netted a forehand in the 12th game to hand Sibille a game -- cue the biggest cheer of the evening. 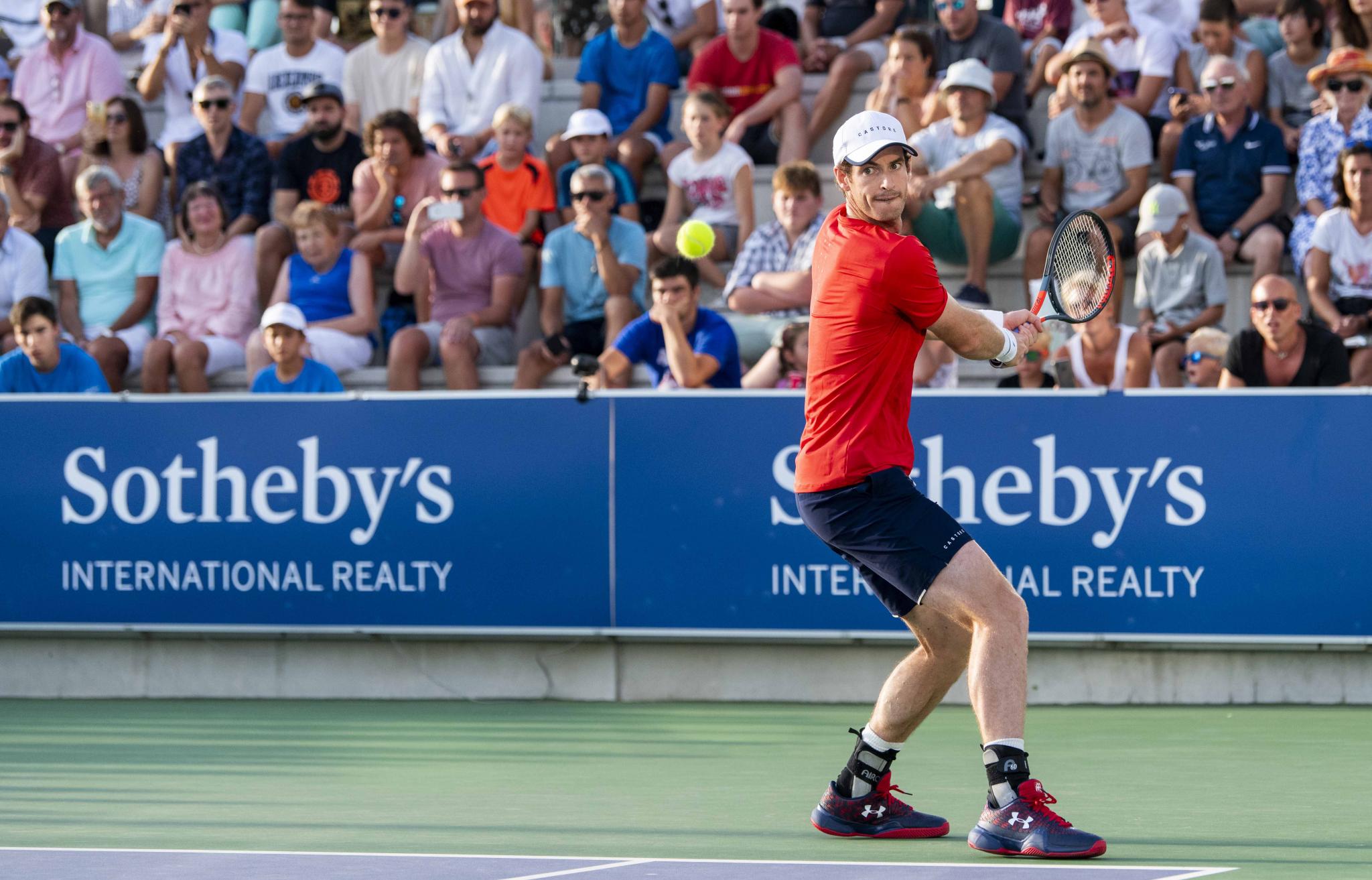 While he was never stretched, Murray moved well, although he says improvements are required, especially when forced to change direction quickly.

The physical battle is not the only challenge, however. Regaining his old aura will be equally challenging.

Murray, who has 45 career titles to his name, 663 Tour match wins and more than $61 million in prize money, lost first round matches to Richard Gasquet and Tennys Sangdren in Cincinnati and Winston-Salem this month -- his first ATP singles matches in a comeback most notable so far for winning the doubles title at Queen's Club with Spain's Feliciano Lopez.

While 17-year-old Sibille admitted to not sleeping a wink after finding out he was playing Murray at 6pm the previous night, more grizzled opponents will not be intimidated.
"I do feel that it's something that can come back quickly," Murray, now ranked 328, said.
"Maybe the first few matches it's a good opportunity for guys to play me because I'm not playing as well or moving as well as I was a few years ago.

"But I'm hoping that all it will take is one big tournament to get that confidence and that aura back and hopefully that will happen sooner rather than later."