The same thief has been caught on security cameras again. | Ultima Hora

The National Police report that a 38-year-old Algerian who was ordered to leave Majorca continued to steal from passengers at Son Sant Joan Airport.

He was arrested in August, suspected of numerous thefts at the airport, having previously been arrested for exactly the same offences.

After his arrest in mid-August, a court ordered him to leave Majorca within 24 hours of his release.

The court also imposed an order prohibiting him returning to Majorca for ten years. However, he didn't obey the expulsion order.

Last Friday, the police arrested him once more, they having been "surprised" that security camera images revealed that a suspected thief at the airport was the same person. 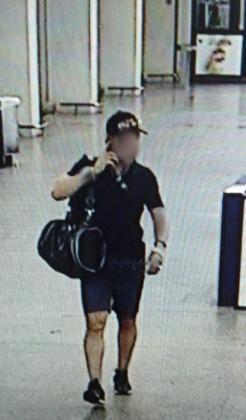 One attempted theft of a suitcase resulted in him being chased around the airport by a passenger.

As before, he had been dressing like a passenger so as to go unnoticed and had worn sunglasses and a cap in order to hide his face.

He has now been charged with the further offence of having failed to comply with the court order.

Expulsion from Majorca because of airport thefts

Steve Riches | over 3 years ago

If he's not supposed to be in Mallorca, if he has previous convictions for theft in Mallorca, then why don't you lock him up or simply fly him out of Mallorca?

Too many do-gooders and politically correct persons in this world. No one is prepared to stand up and say this is right or this is wrong.

Paul Coxon | over 3 years ago

Don't fine him just put him on the next plane out

Why isn’t he in prison awaiting deportation..?? Another court that is a joke

Honestly, it's like reading a script for the Keystone Cops! I can imagine a Benny Hill like chase around the airport. Seriously, what planet are the authorities on? Fine him the cost of deporting him and then deport him.