On Sunday, Palma’s Sikh community took to the streets in holding a highly colourful procession to celebrate the 550th anniversary of the birth of Guru Nanak, the founder of Sikhism and one of the ten Sikh Gurus.

Hundreds of Sikhs took part in the march and followed the main carriage with an altar. The march started at the Guru Nanak Darmar temple in Calle Francesc Pi i Margall after readings from the sacred scripture.

The first group, barefoot out of respect, cleaned and swept the ground. The second group consisted of Sikh warriors and Gatka martial artists. This martial art, as it has now become, was developed from previous traditions in the nineteenth century and was supported by the British Indian Army. 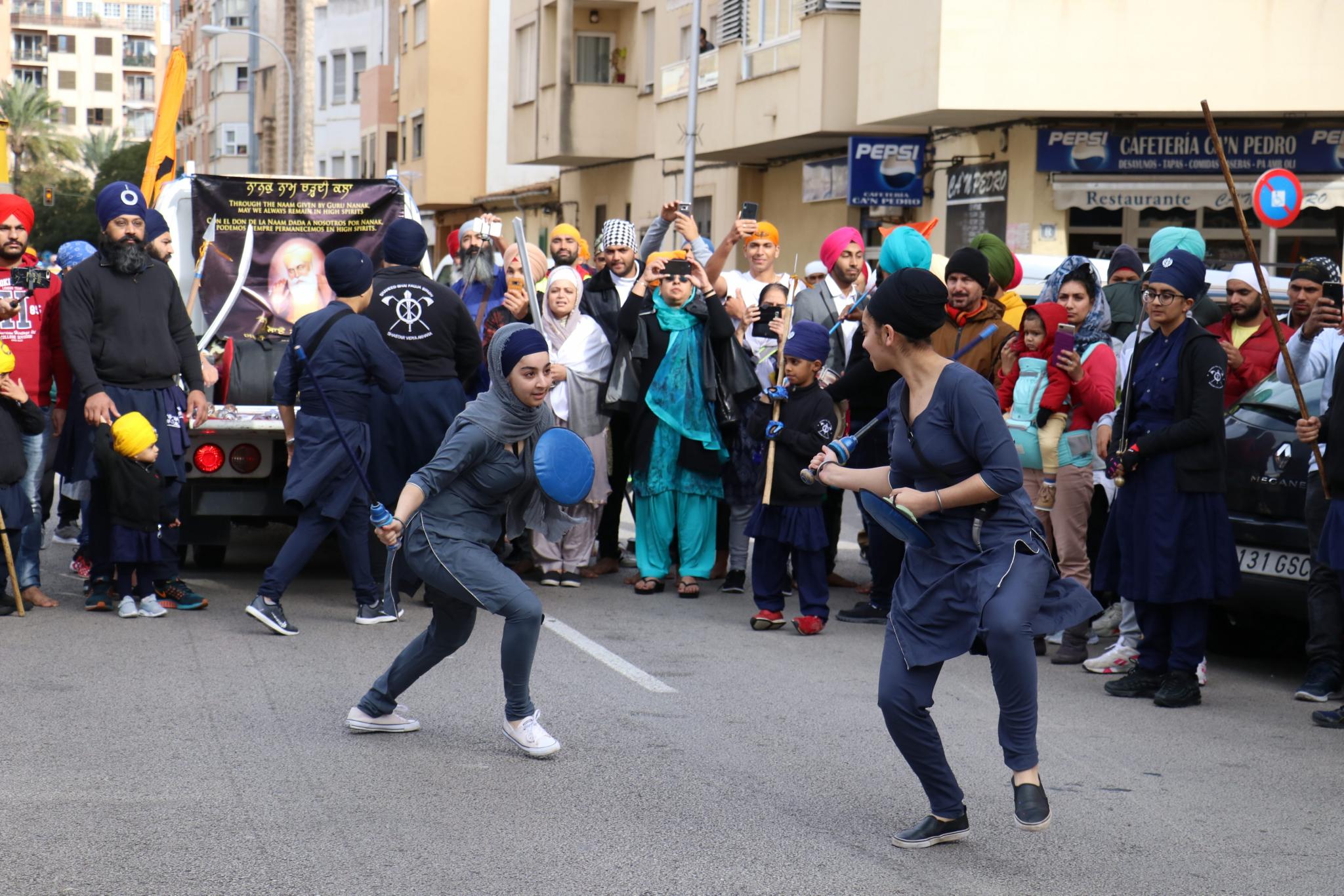 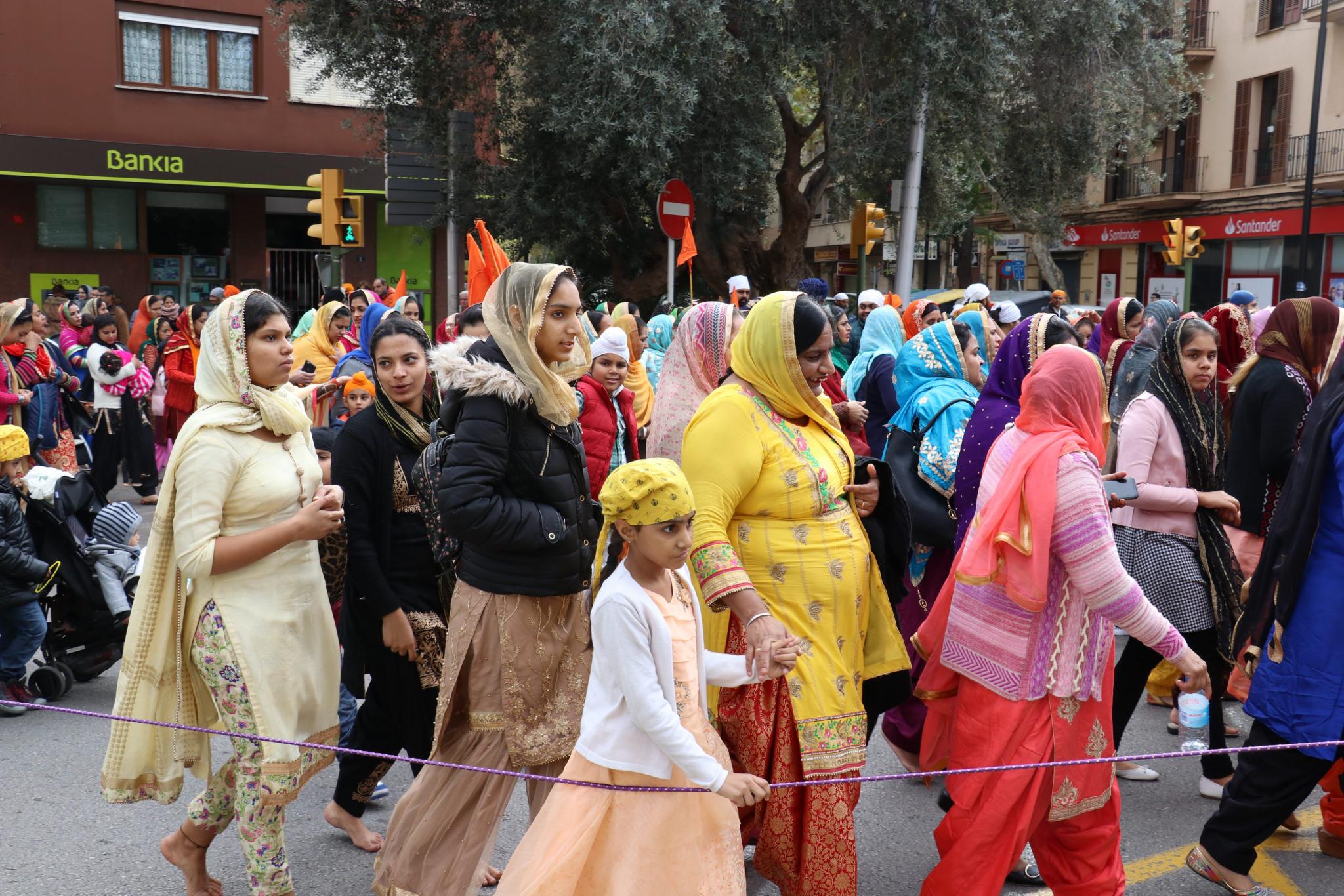 Other participants handed out fruit to observers and leaflets to explain the march and give a brief history of Sikhism and its beliefs. 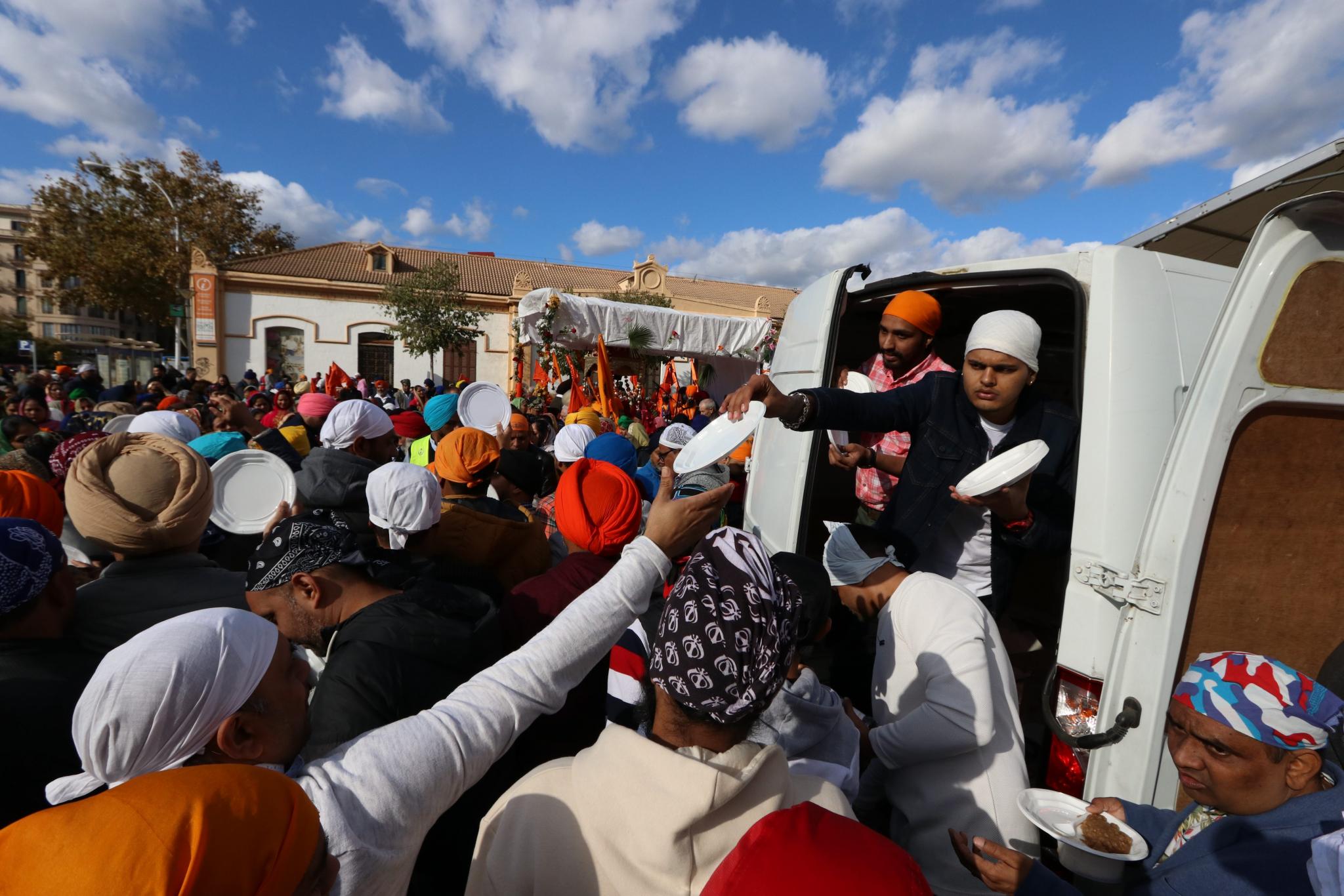 The march ended at the Parc de les Estacions with a “Langar”, meaning a community kitchen and a free meal to all visitors, regardless of their religion.

What a wonderful, colourful celebration. It´s so lovely to see such a traditional gathering without any opposition or trouble.