Have you ever wondered what it would be like to attend your high school on a 200 foot tall ship? In this video our Junior, Grayson will take you on a tour around our campus and give you some insight in what high school at sea is like.

Palma was treated to a real surprise yesterday when the Sørlandet, a Norwegian heritage tall ship and one of very few full-rigged ships in the world, sailed into port. The training ship is one of the largest in the world, for more than 50 years she has held a central position in the education and training of young people. 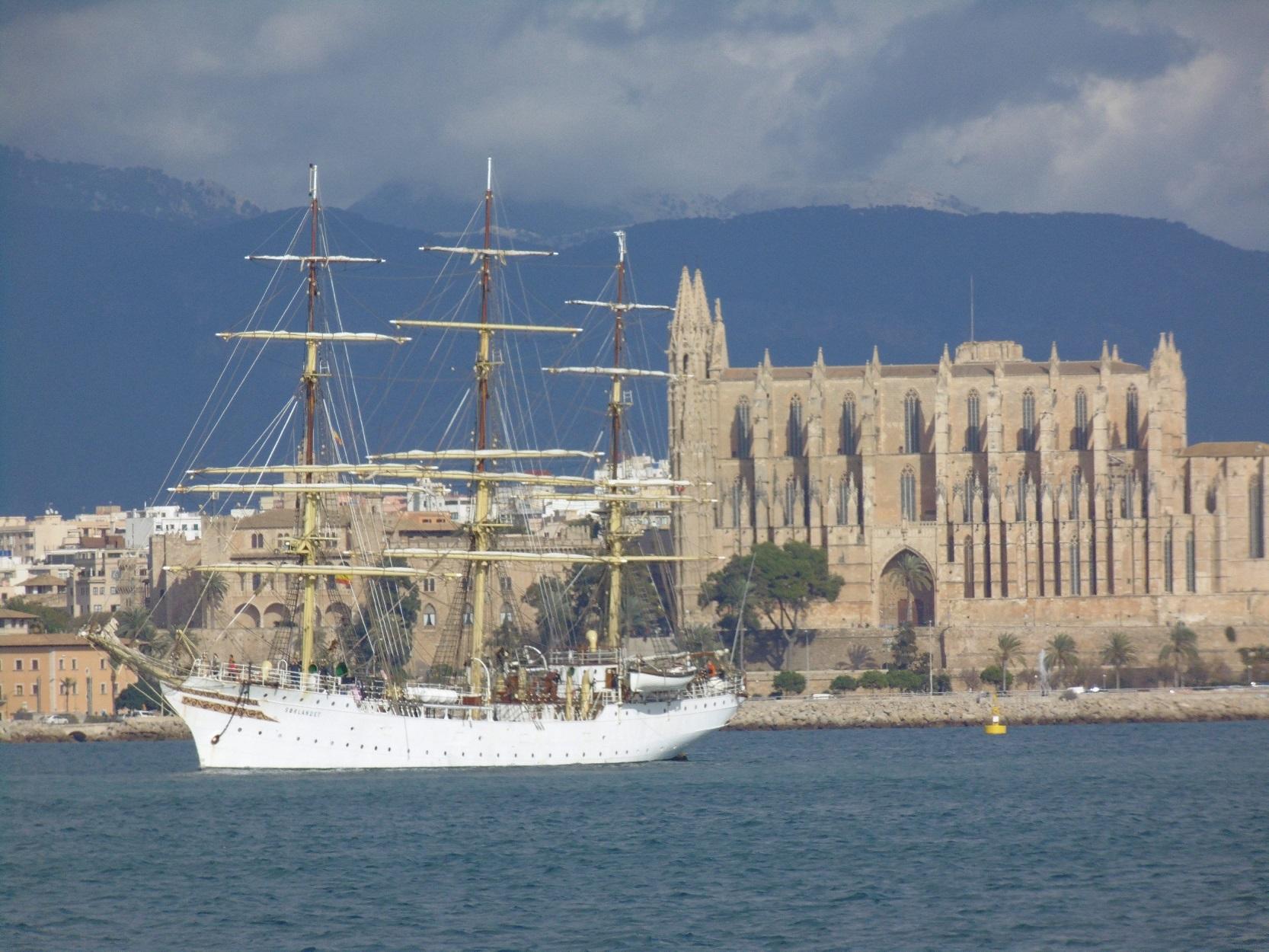 She is the second oldest of three Norwegian tall ships, the “Great Trio of Norway”, which besides her includes Statsraad Lehmkuhl and Christian Radich.

Her construction was started in 1925 at Høivolds Mek shipyard in the city of Kristiansand on the south coast of Norway and was completed in May 28, 1927. 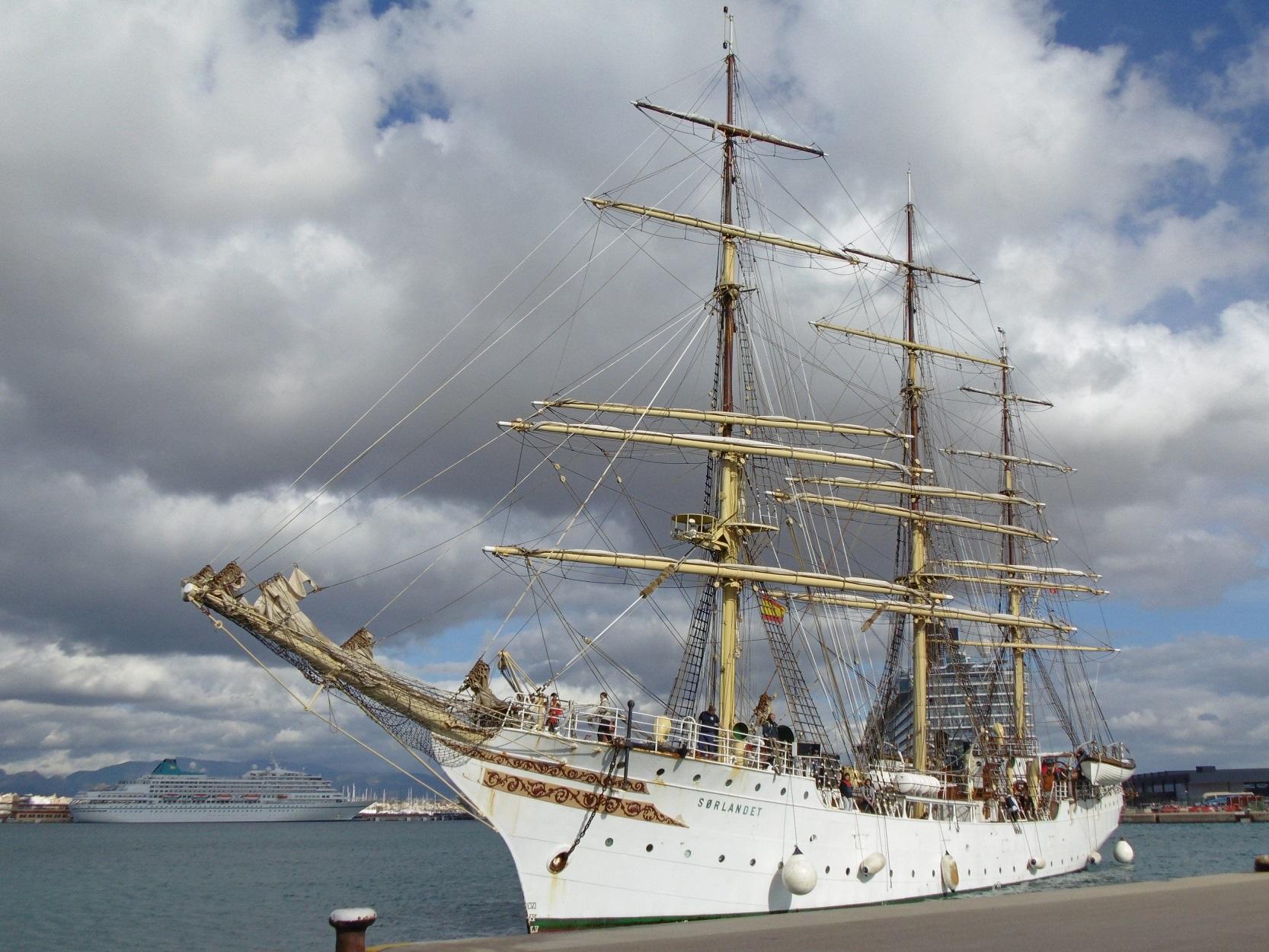 She was given the name Sørlandet after the Norwegian region from where she originates.

She sailed to Chicago to take part in the World Fair in 1933, the first Norwegian training ship to cross the Atlantic Ocean. 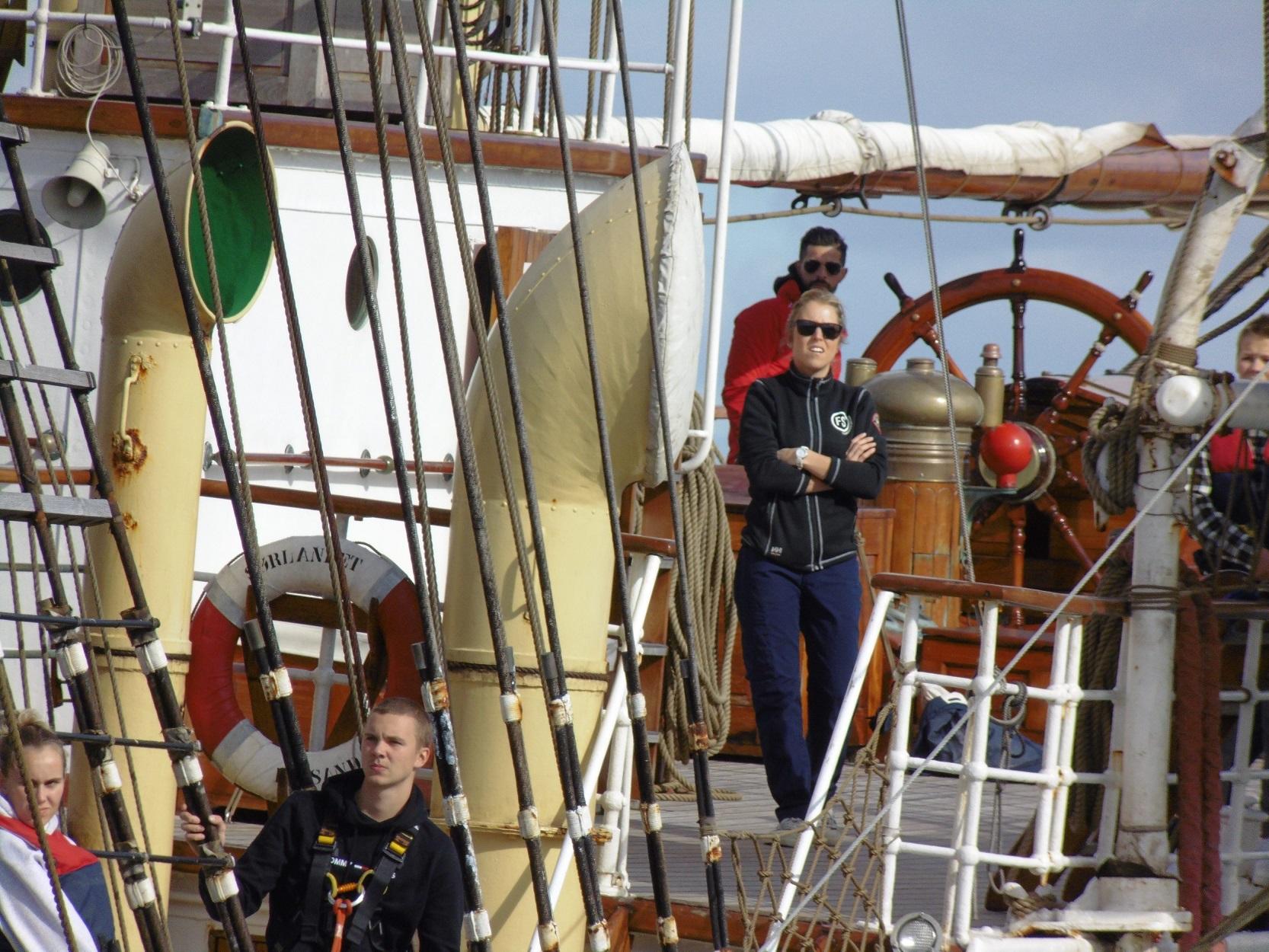 In 1939 at the start of World War 2 she was chartered by the Royal Norwegian Navy and used as a depot ship in the naval port of Horten where the Germans seized her in April 1940. She was damaged during the war and served as an accommodation vessel for German submariners. At the end of the war she was in a degrading condition.

She was restored and ready to sail again in 1948.

Sørlandet is now owned and administrated by a non-profit foundation. She offers the general public an experience in traditional life on board a tall ship.