Nearly 70% of all speeding fines handed out in Majorca last year were for drivers in Calvià, according to the latest data from the Balearic Provincial Traffic Department.

Between January and November 2019, 26,703 drivers were penalised for speeding on the Ma-1 towards Santa Ponsa.

That’s 27% less than last year and the average number of drivers fined every day has also dropped from 135 to 88. 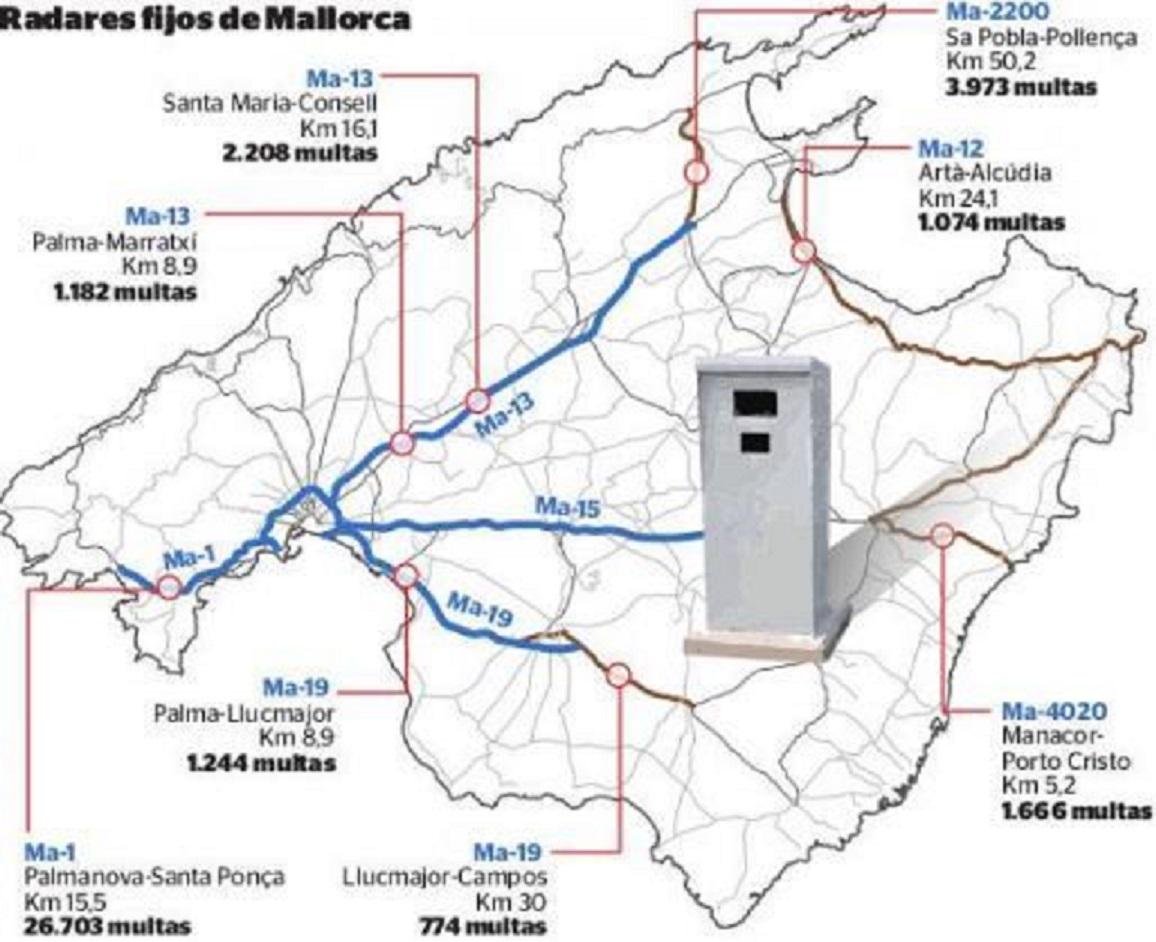 The second worst for speeding fines was the Ma-2200 between sa Pobla and Pollensa where 3,973 drivers were fined; 3rd place went to drivers on the road from Santa María to Consell with 2,208 fines issued and fourth was the Ma-4020 that connects Manacor to Porto Cristo where 1,666 drivers were penalised.

Elsewhere, 1,244 speeding violations were issued on the Ma-19 between Palma and Llucmajor; 1,182 were caught out by radar on the Ma–13 that connects Palma with Marratxí; 1,074 on the Ma-12 between Artà and Alcúdia and 774 on the Ma–19 between Llucmajor and the Campos highway. From January to November, 774 drivers were sanctioned.

Fewer drivers are being caught out by the radars and roadworks across the island are also forcing traffic to slow down.

There are sneaky cameras between Palma to Manacor on the Dual Carraigway. I wonder how much money has accrued from the Fines ?. What is this money being used on ?. I doubt the MB reporting staff can get any reply or information on the money 's use, or the total amount collected. 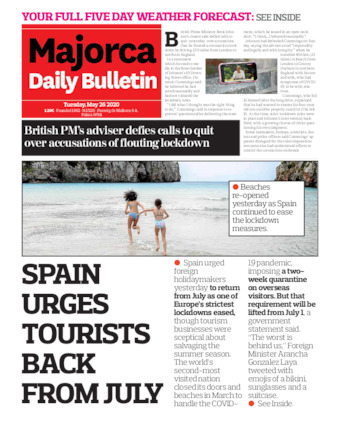