In many cities across Majorca there’s trainers hanging from telephone wires in the streets and it’s a trend that’s common worldwide.

It originated in the slums of the United States where the shoes were used to signal where drugs could be bought.

But in 2003, Los Angeles City Council launched a campaign to remove all trace of the shoes from the city streets. 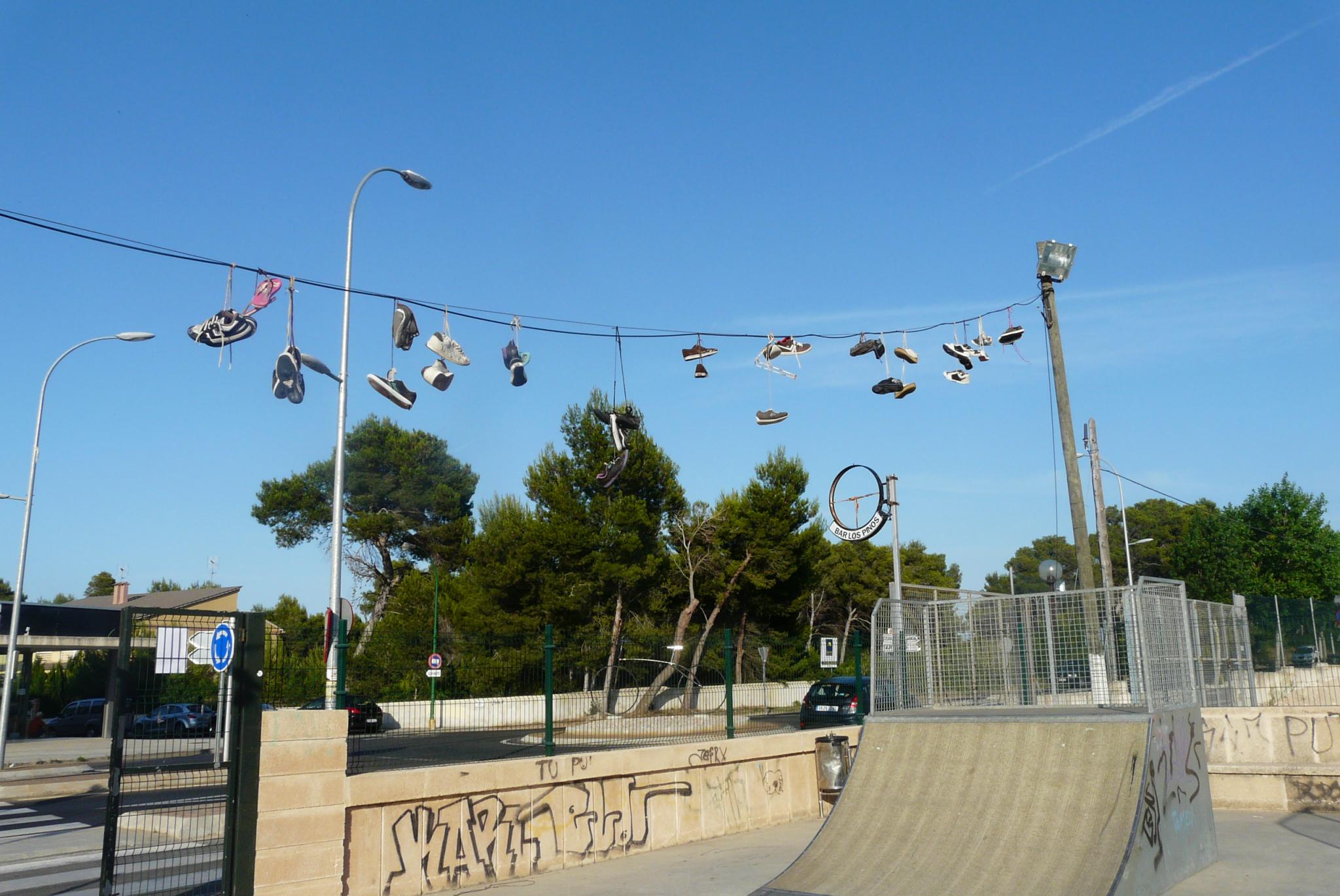 Since then the internet has come alive with reasons why the shoes are there and the phenomenon has been christened Shoefiti.

In Palma, the ones that are covered in gold and silver graffiti are apparently done by artists in the name of urban art and in Spanish cities in the 1990’s people who were forced to do military service threw their boots or trainers onto the telephone lines when they finished their training, while some are just pranks by university and high school students.

Whatever the reason, tourists love them, they take photographs of shoes in cities all over the world and post them on Facebook and other social media websites.