The Three Kings' Parade in Palma.

Melchior, Gaspar and Balthasar, landed on time at Moll Vell, from where the traditional Cavalcade began its journey to the centre of Palma.

An estimated 100,000 people followed the colourful parade when it left the historic sailboat ‘Rafael Verdera,’ the oldest active ship in the Spanish fleet.

The Magi arrive at the Moll Vell in Palma

From Avenida d’Antoni Maura, the delegation, which was made up of 41 groups and 13 floats began its tour of the city.

The first float was l’Estel, was given a makeover by the artistic director of the parade, Daniel Puig, who gave it a more bluish tone instead of the white of previous years.

The most striking floats were in the Three Kings Parade which portrayed three of the four seasons of the year: winter, summer and autumn. 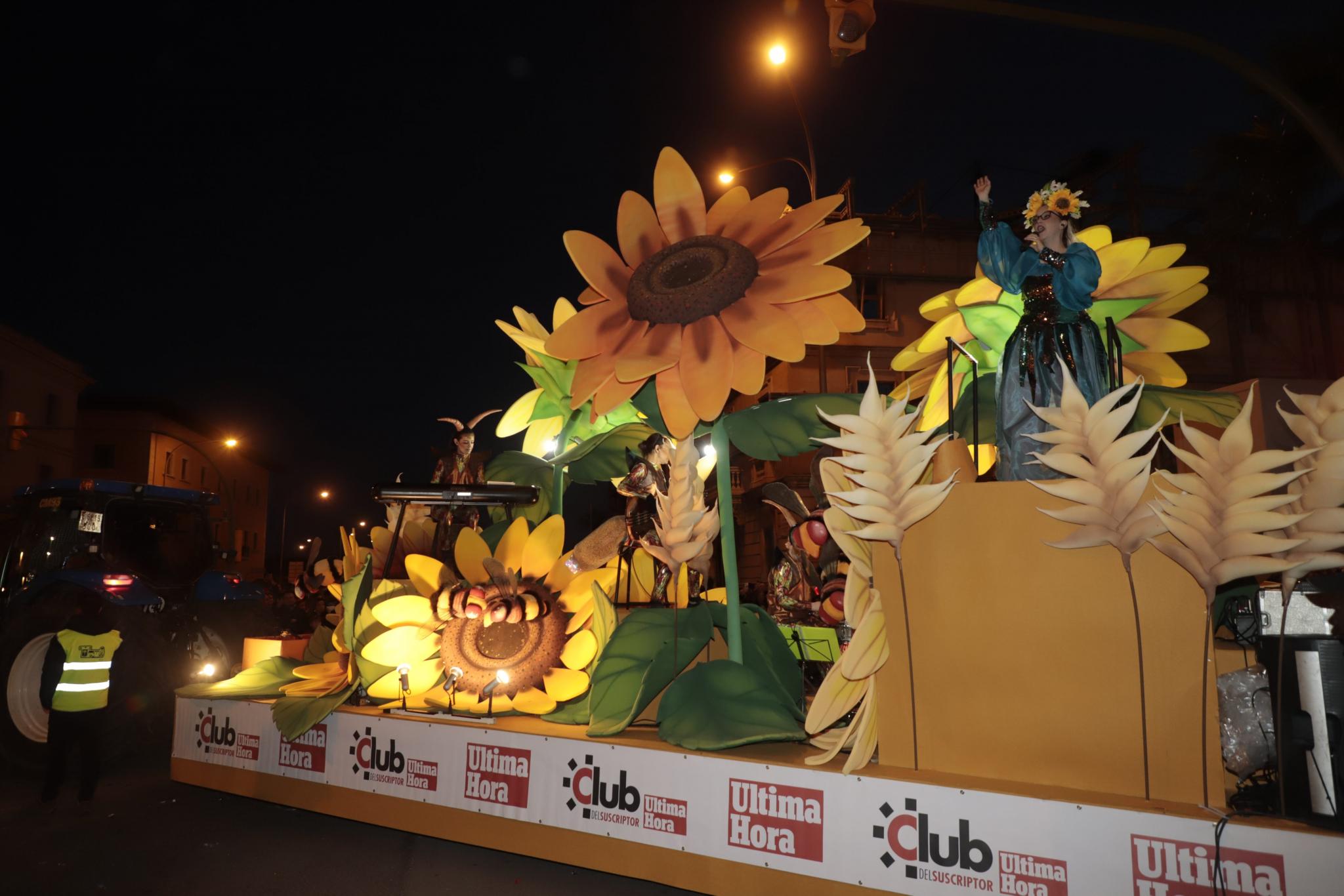 The latter featured water lilies, a pond with aquatic flowers on podiums, sunflowers that were more than two meters high, a live music group and focused on the myth of the three Moiras, the doll, mother and grandmother.

The one for Summer, was sponsored by the Club of the Subscriber of Last Minute and had enormous sunflowers, fireflies, lots of colours, and an atmosphere of the earth in summer and the winter float had a unicorn on it.

The costumes of the Magi were different this year, Melchior wore white and grey, Gaspar was dressed in orange, red and garnet and Balthasar wore feathers and bright colours. 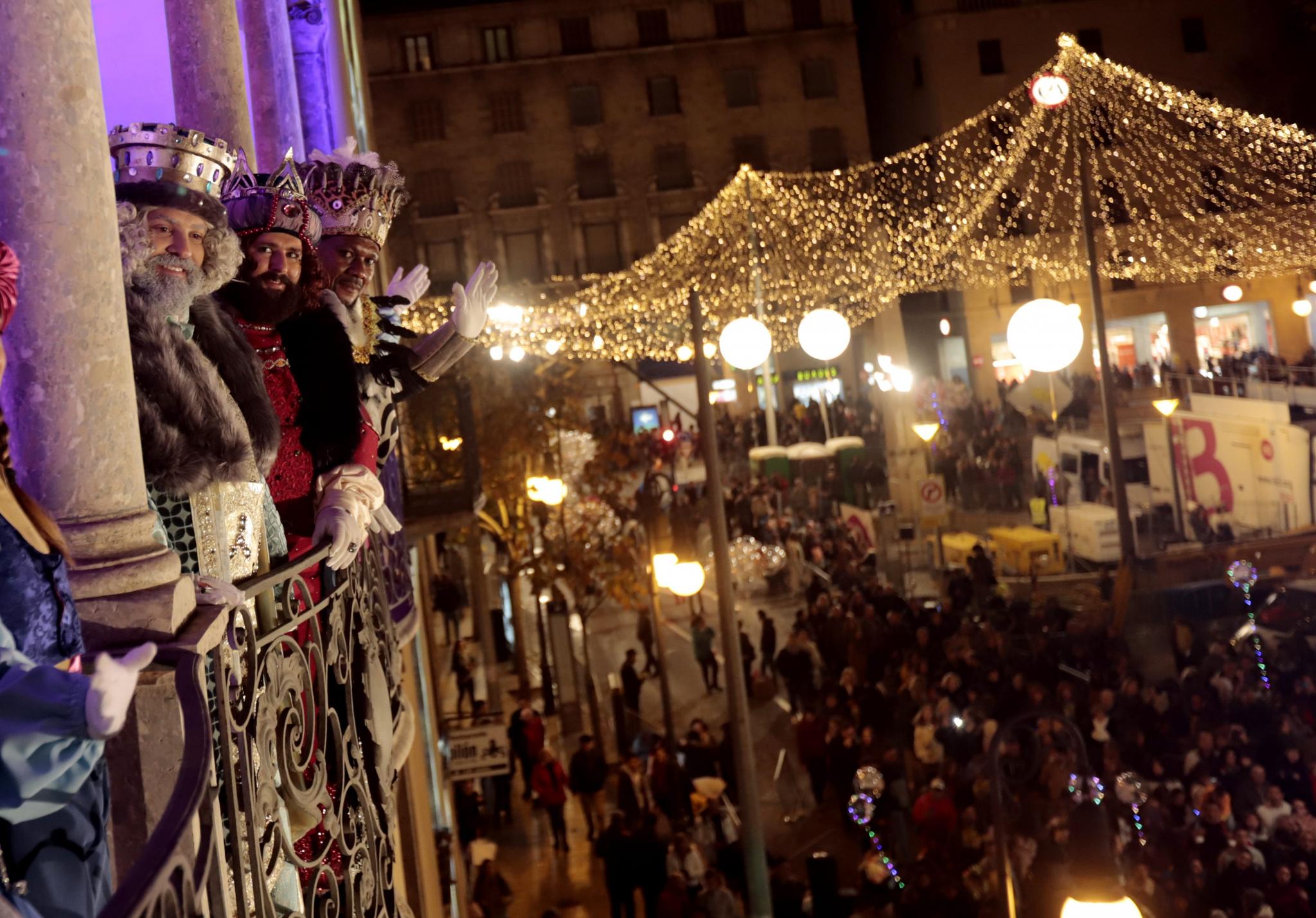 After a few years in Ibiza, the Port Authority float was back in Palma and was shaped like a sailboat with decorations made of recycled objects, in collaboration with the Reconatura Project.

The streets of Palma were bulging with people, old and young, residents and tourists waiting to welcome Melchior, Gaspar and Balthasar.

This year the Parade had two priorities, more live music and more powerful but less visible lighting, with fewer cables and spotlights on show.

The Mounted Police and the Tamborers of the Hall began the procession, followed by the Municipal Band of Music and the Gegants, Capgrossos and Xeremiers of Palma City Council.

L'Estel's float was accompanied by the constellation troupe, made up of skaters from Angela Bruno, who also participated in other parts of the entourage.

The Enchanted Forest troupe, the Stromboli Circus, the animation group Nando Pol and the Max Teatre Musical group were all spectacular. 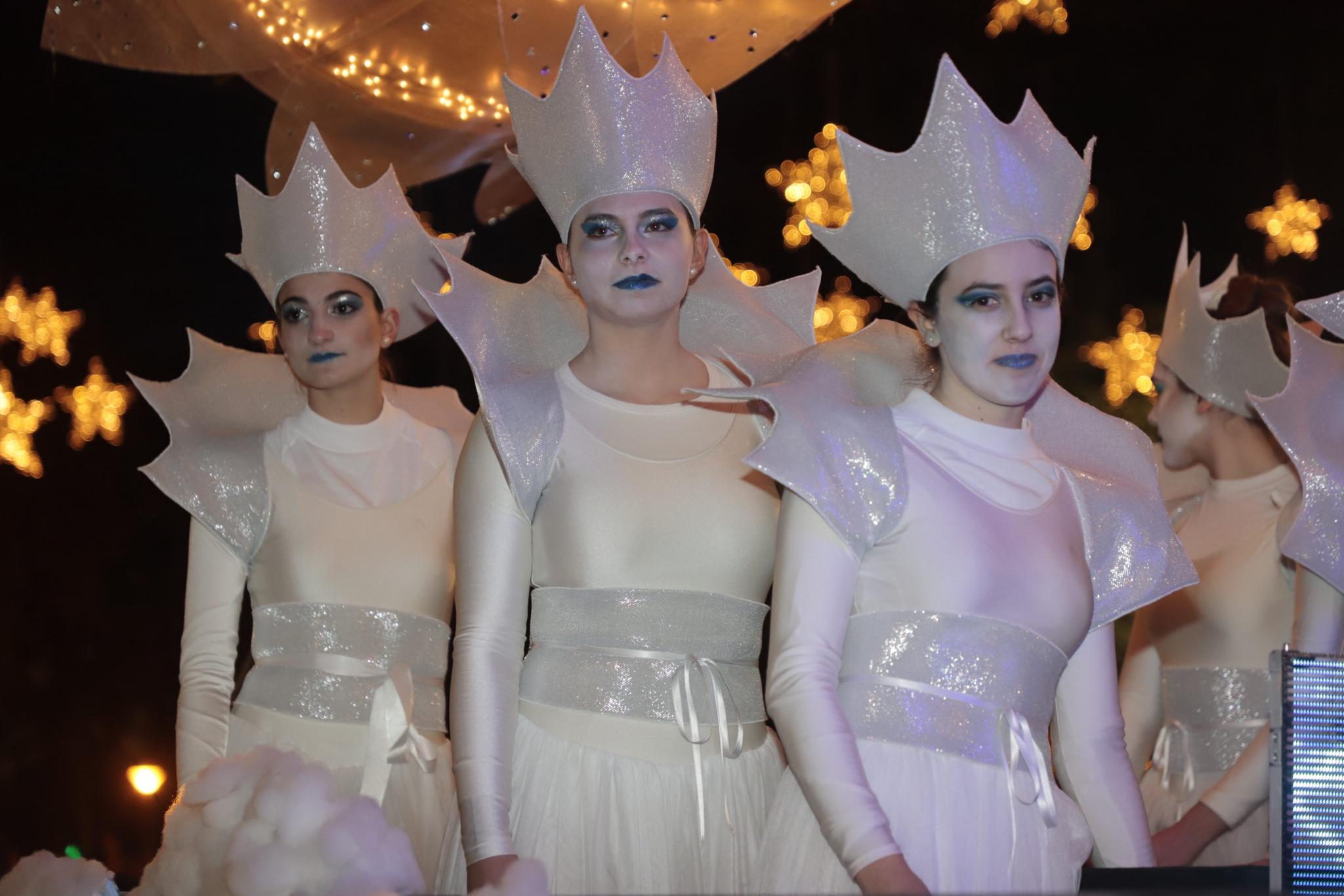 Nature and fantasy were the main elements of the tour with Jardí Màgic and Bosc Encantat, both recovered from previous cavalcades and there was plenty of music from Katy Perry, Adele, Karina, Katrina and the Waves, Queen and Boney M amongst others, which could only just be heard above the screaming of the children when they saw the chariots of the Magi.

More than 7,500 kilos of candy was thrown into the crowd by troupes and from the floats and the biggest crowds of the night were in Passeig des Born.

The city tour lasted just over two hours and afterwards the Magi headed over to the balcony of Casal Solleric to welcome the crowd.

It was a fantastic, but very emotional night for the children who no doubt went home wondering what presents the Three Kings would be leaving for them.