Ryanair has already closed three bases in the Canary Islands and says more shut downs in Spain cannot be ruled out if there are new delays in deliveries of Boeing 737 MAX aircraft, which is banned from flying after two accidents killed more than 300 people.

Ryanair’s Marketing Director, Kenny Jacobs, explained that the airline had planned to deliver up to ten 737 MAX planes for this summer, although that number could be reduced after revisions by the regulators.

Ryanair currently has nine bases at 26 airports in Spain and employs around 3,000 people which does not include the bases at Tenerife, Gran Canaria and Lanzarote which were shut down on January 8 because of the problems with the 737 MAX. 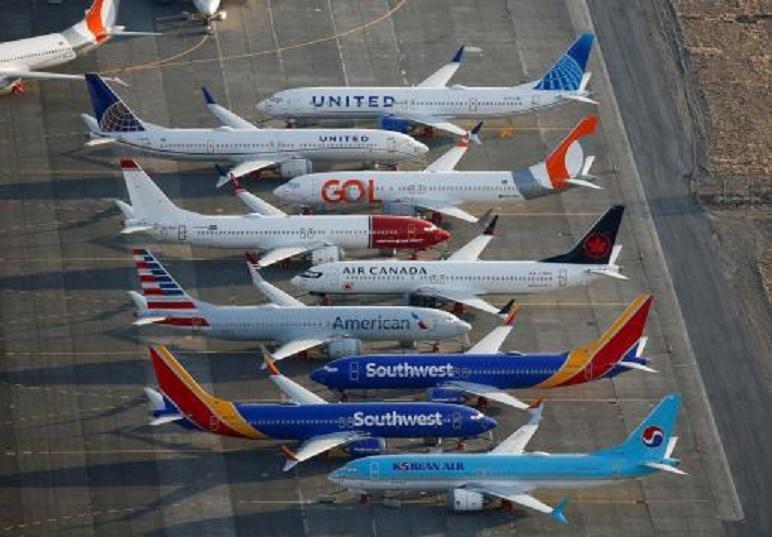 "The only reason for the closure of bases is the delay in deliveries of 737 MAX, which has caused the closure of seven Ryanair bases in Europe" said Kenny Jacobs.

The delays are likely to cause a 1.5% drop in Ryanair traffic to Spain this year, with a 3% drop predicted at three Catalan airports but a 1.5% growth is forecast in Madrid.

Aircraft have a life. When they reach a set number of Flying Hours. They are scrapped. Ryanair will have ordered their replacements some time ago, as their Fleet have aged. The 737 Max was to be the replacement Aircraft for their ageing Fleet. Every Airline Company will have the same problem. Many will have leased spare Aircraft. Many re -ordered with other Manufacturers. If Easyjet and Jet 2 for example have sufficient cover. Then they need to take over Ryanairs Slots.

"Fred Graham / Hace about 19 hours Ryanair just pick and choose what they want to do , they have no care for any one then themselves, all they are interested in is our money not a service to a community, just money."Very true. Ryanair have dropped the Prestwick/Lanzarote route entirely. We have had problems getting a flight back from Lanza in April, it's notable that Mar 28 both Ryanair & Jet2 had roughly the same low fare of around 90 Pounds but one week later Jet2, with no Ryanair competition, goes to 200 Pounds. It's dog eat dog in the airline business.

The plane should never fly again. It's flawed and Boeing have lost the plot. If you buy a Dodgy product you can get a refund and shop elsewhere. That's what Ryanair and others should do. The European built Airbus should be any European airlines first choice anyway, not American. Boeing are cost and corner cutting well beyond risk limits and are paying the price for killing 300people in that unsafe plane. Basically they've spanked up a design which dates back to 1964. Good grief.

I travel to Mallorca quite a few times a year, and I would rather travel 110 miles to Gatwick, than just 12 to Bournemouth to get a Ryanair flight. Gatwick operate flights through the whole year, rather than just a few months during the holiday season. Yes it is easyJet, and they look after their regular customers well. I personally can not fault easyJet. Ok there has been the odd minor hiccup , but no more than any other airline. easyJet use Airbus aircraft, which do not have the engine problems Boeing are having with their Max aircraft.

Mikev | over 2 years ago

Fred Graham | over 2 years ago

Ryanair just pick and choose what they want to do , they have no care for any one then themselves, all they are interested in is our money not a service to a community, just money. We in Scotland support Ryanair over the summer BUT in the winter they drop up like a poo bag , we have to take two flights sometimes three flight to get to Mallorca in the winter, we who have homes in Mallorca have to fit round Ryanair or EasyJet and Jet2. Yet we pay tax and help the local communities where we live and get no thanks.

Anything to keep the name in front of public. Not bother my family,made mind up last year ,any flight but Ryanair even if it costs slightly more.Drop in traffic means increased prices for Ryanair,simple