The Ministry of Tourism raised 1,036,456 million euros in tourism fines last year, which is a lot less than the 1.79 million euros it expected to collect .

Last year the budget for income from tourist sanctions almost doubled compared to 2018 and the powers that be were convinced the 1.79 million target would be exceeded. They now say the shortfall is due to the fact that many of the fines that have been imposed for breaching the tourist rental law have been appealed which delays payment of the money owed.

However, they're still hopeful that the cash can be recouped, because some cases are still pending, including one of the biggest against Airbnb.

The Ministry of Tourism expects to rake in 2.5 million euros in penalties in 2020, because of the new decree law against drunken tourism, which includes a minimum fine of 1,000 and penalties of up to 600,000 euros for very serious offences.

Home owners who are caught renting their property to tourists without a licence will be fined between 20,000 and 40,000 euros and websites that advertise unauthorised properties face penalties of up to 400,000 euros.

Waiting to incorporate the new inspectors

Tourism Minister, Iago Negueruela, has announced that six new inspectors are to be hired in his department, but it is not yet known when they will start work. 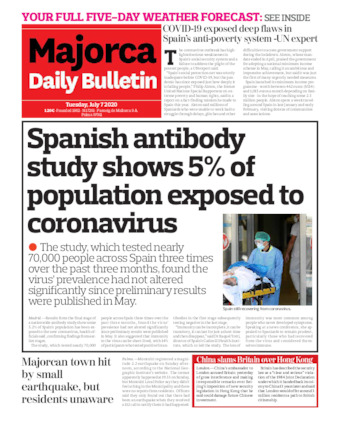