The State Meteorological Agency forecasts waves of up to six metres at some points. | Javier Coll

Emergency Services 112 personnel have issued a stern warning about adverse weather conditions in the Balearic Islands today in a bid to minimise risks.

An orange alert has been issued, yet again in the Balearic Islands with rough seas and high waves forecast throughout the region. 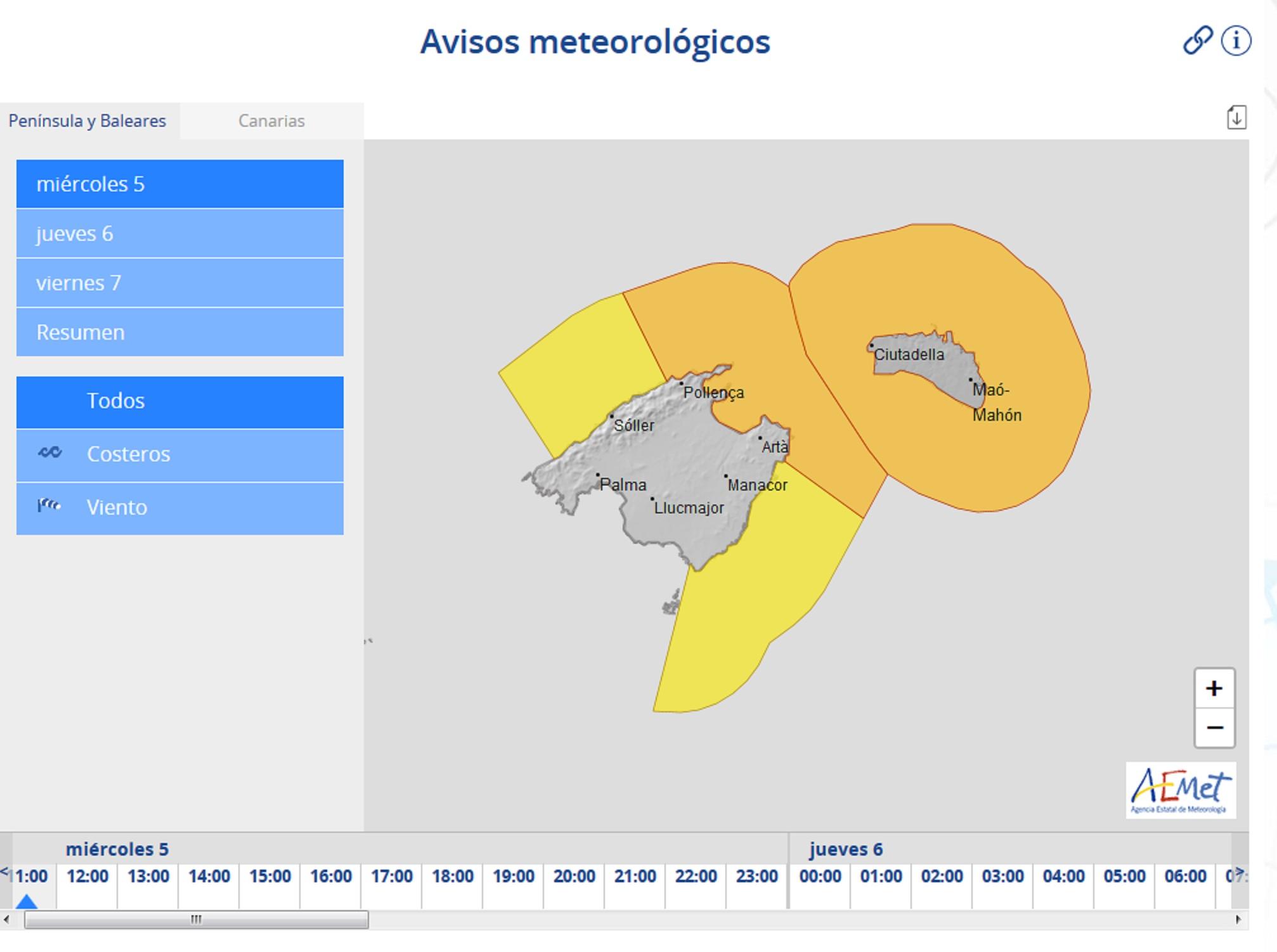 The orange area is warning of waves up to 6 metres and the yellow is for waves of up to 3m.

112 has launched a very clear message to remind people not get carried away by the idea of ​​getting a good photo of the raging sea.

“Please, don't stop to watch the waves and take pictures. Get away and look for a safe place,” they announced on social networks.

During Storm Gloria, two men disappeared from the coast of Ibiza.

The State Meteorological Agency, Aemet, expects waves of up to 5 metres in some areas of the Serra de Tramuntana and the Llevant and at least 3-metres high in ​​sa Dragonera.