The president of the Council of Majorca, Catalina Cladera, and the director for heritage, Kika Coll, have visited Son Sant Joan Airport in Palma to check on the Spantax Convair CV-990 30 A5 Coronado, the plane which has been at the airport ever since Spantax ceased operations in 1988.

The Coronado, one of only four remaining anywhere in the world and the only one in Spain, was listed as a cultural asset by the Council in 2011. 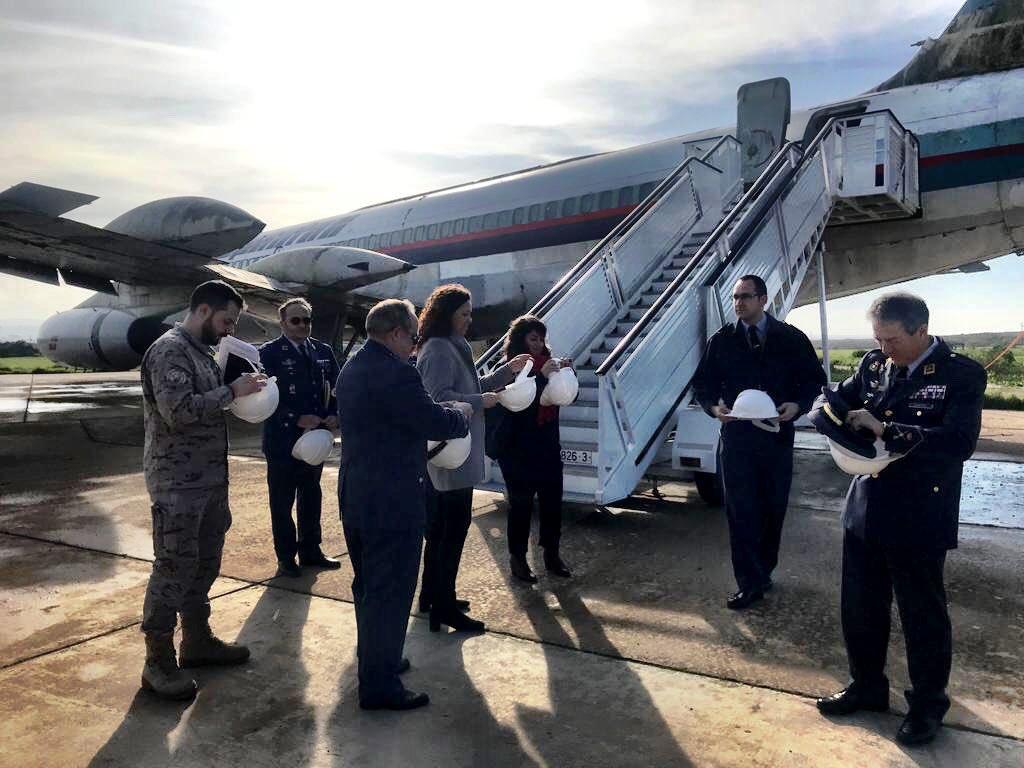 Cladera’s predecessor, Miquel Ensenyat, took a close interest in the restoration of the plane, an association - Amics de Son Sant Joan - having been to the fore in seeking restoration for many years. Work has been carried out to parts of the cabin and the exterior.

It is hoped that the plane will eventually be moved to a special hangar.

Since being abandoned in Palma, it has been in the military area of the airport.

The Convair 990 Coronado is an American narrow-body four-engined jet airliner and American Airlines asked Convair to design an aircraft for coast-to-coast flights, able to fly nonstop from New York City to Los Angeles against the wind.

They wanted a somewhat larger passenger capacity than the 880, which was the smallest of the first-generation U.S. jet airliners. The 990 began flight testing January 24, 1961