Tunnel will be sealed when Carrer Nuredduna is pedestrianised. | M. A. Cañellas

Carrer Nuredduna, which runs from the Avenidas to Plaza las Columnas in Palma is to be 100% pedestrianised by the end of 2021.

According to the Infrastructure & Accessibility Governor, Angélica Pastor, around 3 million euros will be spent on sealing up the tunnel and transforming the 5,540 square metre area into a pedestrianised zone and at least a quarter of it will be landscaped.

The project will be financed through a bank loan and put out to tender in 7 or 8 months.

All 70 parking spaces will disappear from Carrer Nuredduna, but some drivers will be able to park in the Avenidas and a new car park is being built in Calle del Médico José Darder to accommodate other residents.

After the street is pedestrianised, EMT bus lines will be diverted to other routes and people from the two garages and Clínic Balear ambulances will be the only vehicles allowed to enter Carrer Nuredduna. 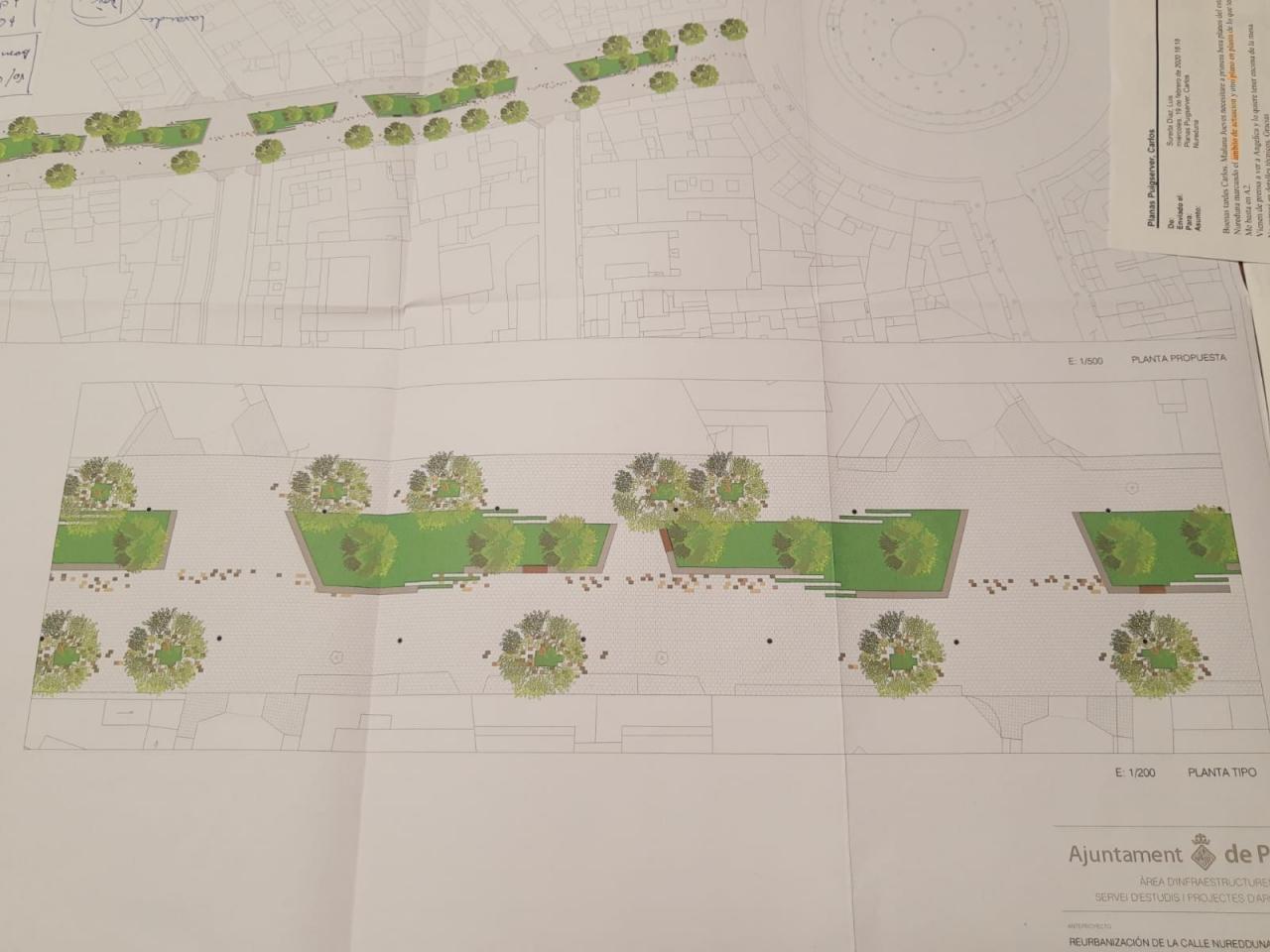 The new green pedestrian corridor will have a unique platform of draining soil, which prevents surface runoff and helps plants to grow. The street is 275 metres long and 20 metres wide and the proposals include a 6 metre strip on one side of the street and a 10 metre strip on the other side, leaving a central area of 4 meters.

The pavements on both sides of the street will be kept as they are and 23 pomegranate, olive, carob and juniper trees will be added to the flowerbed in the central promenade, along with shrubs and aromatic plants such as juniper, strawberry, frankincense and viburnum, according to the Head of the Department of Infrastructure & Accessibility, Urbano Sánchez-Pastor.

“The Architects' approach is not just about generating an area that is pedestrianised and people friendly, it’s also about making it feel inviting,” he said.

Palma City Council is scheduled to meet with local residents and business owners next Friday, February 28 to reveal the plans for Carrer Nuredduna.

“This project is an incentive for all because we are talking about very grey, highly populated neighbourhoods and this will give a little respite to the area. We want more green, people friendly areas with more trees and we are committed to the objectives of sustainable development and the fight against climate change,” said Urbano Sánchez-Pastor.

Business owners insist that they’re not completely against pedestrianisation, complain that no provisions have been made for alternative parking in the area and trade dying out day by day.