Player charged with assault after celebrating Majorcan's goal at Celtic

Copenhagen forward Michael Santos has been charged by police with assault after the Uruguayan barged into a policeman while celebrating Majorcan Pep Biel's goal in Thursday's 3-1 Europa League win over Celtic, the Danish club said yesterday.

As Copenhagen's players celebrated Biel's late goal -- which put them ahead on aggregate -- in front of the away fans at Celtic Park, Santos barged into a policeman who was attempting to prevent Biel, a former Real Mallorca player from San Joan, from getting any closer to the stands. 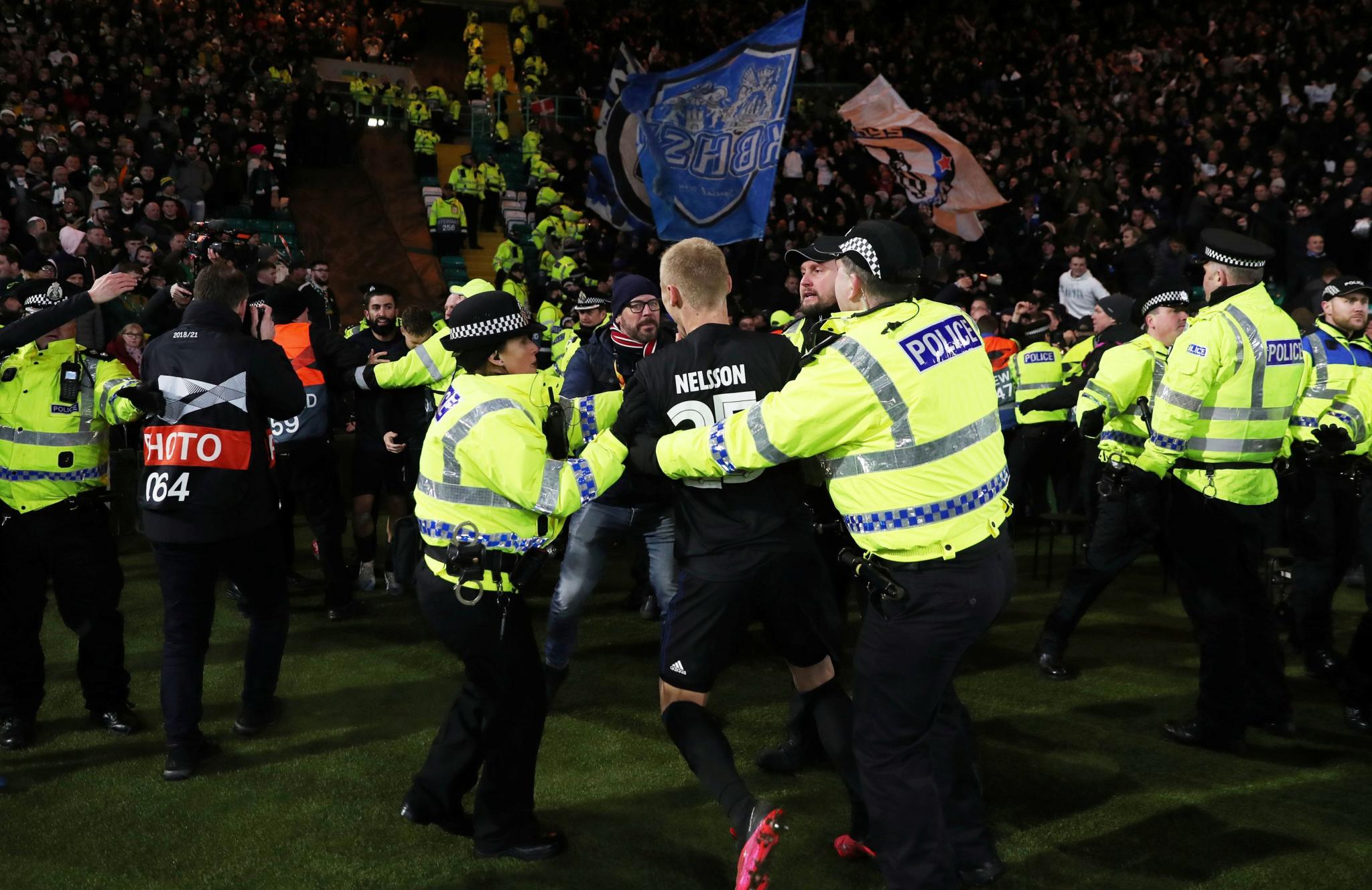 Tempers flared as stewards and other policemen stepped in to prevent any escalation in tensions and Copenhagen said one of their stewards was charged as well. "After Pep Biel's 2-1-goal at Celtic Park there was turmoil in front of the FCK Fan Section after an official grabbed Pep Biel during the celebration," Copenhagen said in a statement.

"One of our stewards tried to prevent a clash and was led away and talked with Scottish Police. Michael Santos also talked with the police, who subsequently have charged them both."

Nacho | over 2 years ago

Why would the policía try to prevent him celebrating in front of his own fans? Seems heavy handed.