A disinfection fuss about nothing

Presentation of the tablet to the care home for the elderly in Pollensa. | MDB files

As with all town halls, Pollensa has been going about its disinfection labours (with or without the assistance of someone in fancy dress) and is being assisted by farmers with their tractors.

Last Tuesday, certain "agricultural vehicles" were involved with disinfection on the Calvari steps. These vehicles, thanks to the size of their tyres and the weight of the disinfectant tanks, apparently caused some damage to the steps. Certain citizens complained on social media that the disinfection efforts were being given greater importance than local heritage, as could be seen by the harm caused to the Calvari steps. 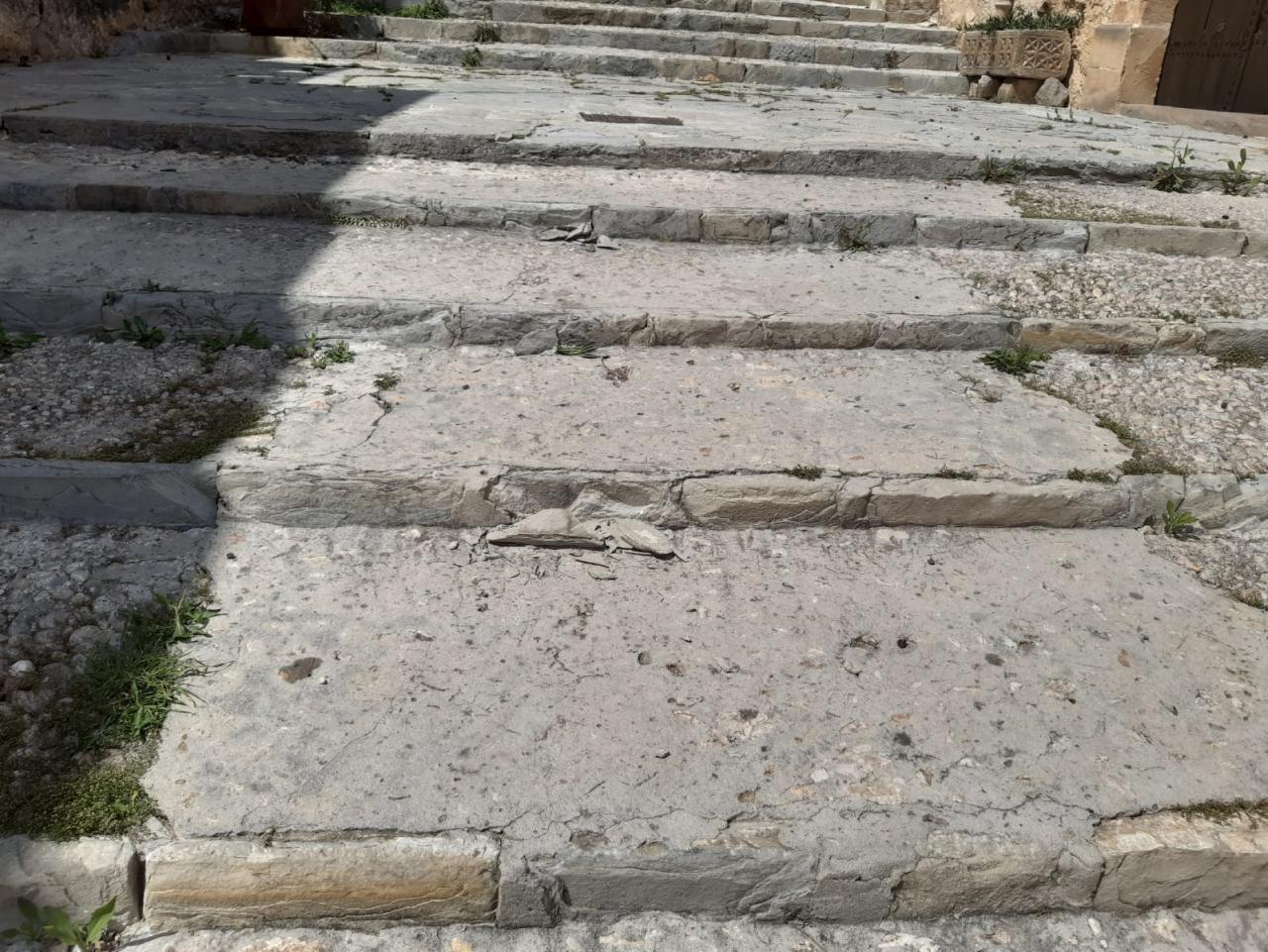 Mayor Tomeu Cifre played it all down. Yes, some paving stones were broken in the process, but this wasn't serious and the damage will be repaired. Which is what you would expect.

It really wasn't much of an issue, and while one doesn't wish there to be any damage, it has to be said that the fight against the virus is actually more important.

Welcome donation ... but where's the distancing?

A couple of weeks ago we had the chap dressed up as Superman but with the symbol of the Pollensa cock on his chest who was out and about assisting with disinfection and being in very close proximity to representatives of the town hall. The photos of him, minus any protective gear, caused something of a minor outrage, and now we have another example of the town hall apparently not getting the whole business with social distancing.

On Tuesday, the town hall posted a message on its Facebook page, thanking the Obra Social La Caixa for the donation of a tablet to the care home for the elderly. It was a very welcome donation indeed, and there was a photo by way of celebration. Unless I'm very much mistaken, one of the three people in the photo - the lady on the right - was third deputy mayor and Tots per Pollença councillor for social welfare and the Residencia, Francisca Cerdà.

Because of the donation, it does perhaps seem somewhat churlish to criticise, but there is an example to be set, which was what was said about councillors and our superhero friend. This was in a care home, and we are all aware that care homes are particularly vulnerable. The town hall should really take a bit more care of its own.

No bread charity this year

The post-Easter "pancaritats" are, in certain villages, as important as the Easter celebrations themselves. In Sa Pobla, the pancaritat at the oratory in Crestatx is arguably more important.

Literally meaning bread charity, the old tradition of the pancaritat has moved a long way from what it was originally - the handing out of bread to the poor. A pilgrimage followed by a picnic, with a mass thrown in, is what it has become, some pancaritats being more lavish than others - Sa Pobla's for example. It should have been on Tuesday, as it is every year, but it wasn't of course.

Still, the t-shirts that had been obtained - there is a new t-shirt each year - were on social media display, while five DJs entertained the good folk of Sa Pobla via the municipal radio station.

Tomorrow would normally be another big day for pancaritats. Alcudia has two of them: one at La Victoria which should have been on Tuesday, the other tomorrow at the Sant Martí cave. Tomorrow is also Angel Sunday, for which the biggest celebration is (or would have been) the Bellver Castle pilgrimage-fiesta in Palma.

Will this plant ever be built?

The Son Bauló treatment plant - on it goes Santa Margalida town hall's idea for a water-treatment plant between the town and Can Picafort has been described as yet another delaying tactic to prevent the development of the new plant in Son Bauló. To the fore in this is Joan Monjo, currently deputy mayor but who will resume as mayor under the agreement for running the town hall with the PP.

Last December, it was Monjo, who has responsibilities for infrastructure and public works, who sent a letter to the regional government's Abaqua water agency. In this letter he accused Abaqua of having failed to invest in maintenance at the plant in Son Bosc (Albufera), which is in Muro.

Abaqua have now finally responded to this, the director-general, Guillem Rosselló, having written to Monjo in accusing him of having spent years obstructing the new plant. The town hall, Rosselló states, has breached agreements regarding the construction, the first of which dates from 2001 and the second from 2005.

How many more times do we need to hear about these old agreements? Will this plant ever be built? It won't, if Joan Monjo's got anything to do with it.