Beekeepers in Majorca are poised to collect the first honey of the season in just a couple of weeks.

"Let's hope that it doesn't rain on May 15 so we can extract the honey from nearly 20 honeycombs in Llucmajor,” says Tomeu Pizá.

He regularly inspects his beehives in Son Granada before he collects the honey.

"This is Milflores honey. The one that is called orange or rosemary is not the same because the flavour is different. It is impossible to make honey from just one flower, in the honeycomb, the pollen and honey made by the bees is mixed and that’s why it is called Milflores,” he explains. 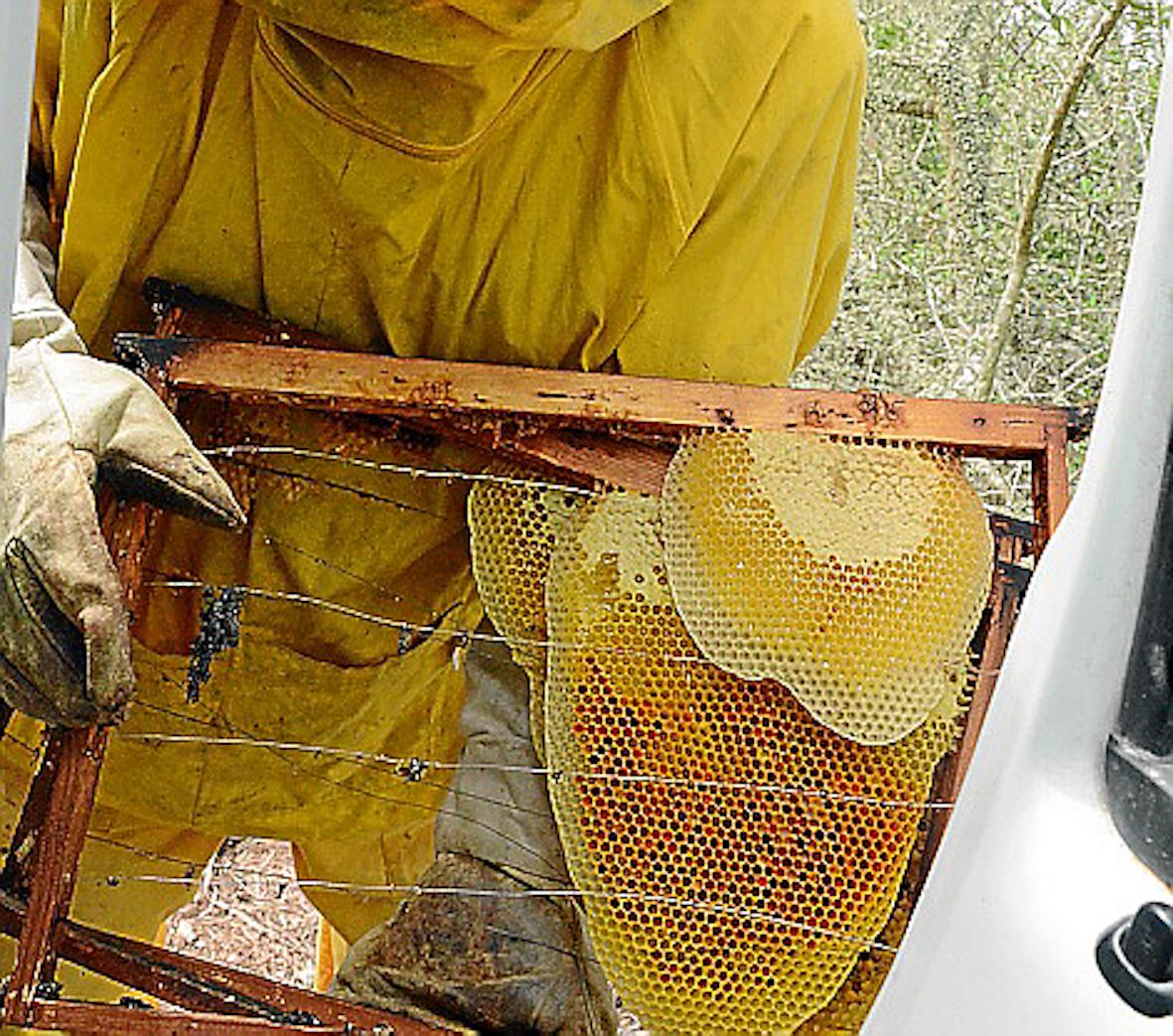 Tomeu concentrates as he checks each of the nine little boxes in the beehive near Cas Busso.

"If they are full, as much as nine kilos of honey can be extracted from each box, but that doesn’t usually happen," he says.

Sometimes farms or chalets have honeycombs but don’t know what to do with them, so they call Tomeu and he dons his protective suit and removes the honey.

"Bees are worthy of admiration” Tomeu says, “they only live for a month and a half, they never stop working and they are vital for pollination and for trees to bear fruit."

An increasing number of people buy honey to strengthen their immune system, but Tomeu says the stuff that's in the shops just isn't the same.

"A lot of people are used to San Francisco honey which is sold in supermarkets, but after they try 'the real one' they never want to eat shop bought honey ever again," says Tomeu.

He says he puts thin sheets of wax into each of the little drawers in the beehives where the bees build the honeycombs.

"The wax sheets we bought from Valencia were poor quality, but then Tomeu Gual, who’s now retired decided to install a machine in his house and now he provides us with quality wax sheets that help the bees to create honey much more easily,” he concludes.