Population centres with fewer than 5,000 residents are from Monday exempt from the time slot regulations for over-14s and adults going out to exercise and for children under 14 going out. The Spanish government has altered the regulations, having accepted requests from numerous municipalities which have argued that they consist of various population centres where the number of residents is below 5,000.

Toni Salas, the president of the Felib federation of town halls, says that this amendment was "logical" and that there are many population centres which will benefit as a result. These will include some parts of Palma as well as villages in the 'part forana'.

In Majorca, a situation arose in Bunyola, where Palmanyola is a legally constituted minor local entity, the only such entity on the island. Bunyola has a population of over 6,000, of whom 2,110 live in Palmanyola. A request for exemption from the regulations was accepted, a decision which led other municipalities to argue that exemption should also apply to population centres within their borders, even though these population centres do not have the same status as Palmanyola.

In Algaida, as an example, the population is 5,642, meaning that the time slot regulations applied to the whole municipality. As the mayor, Maria Antonia Mulet, has pointed out, this "didn't make any sense". "We had Randa with seventy people subject to the same restrictions as Madrid and Barcelona." Santanyi was a municipality which queried the situation when the Palmanyola decision was made. There are thirteen population centres in the municipality, all of which will now be exempt. 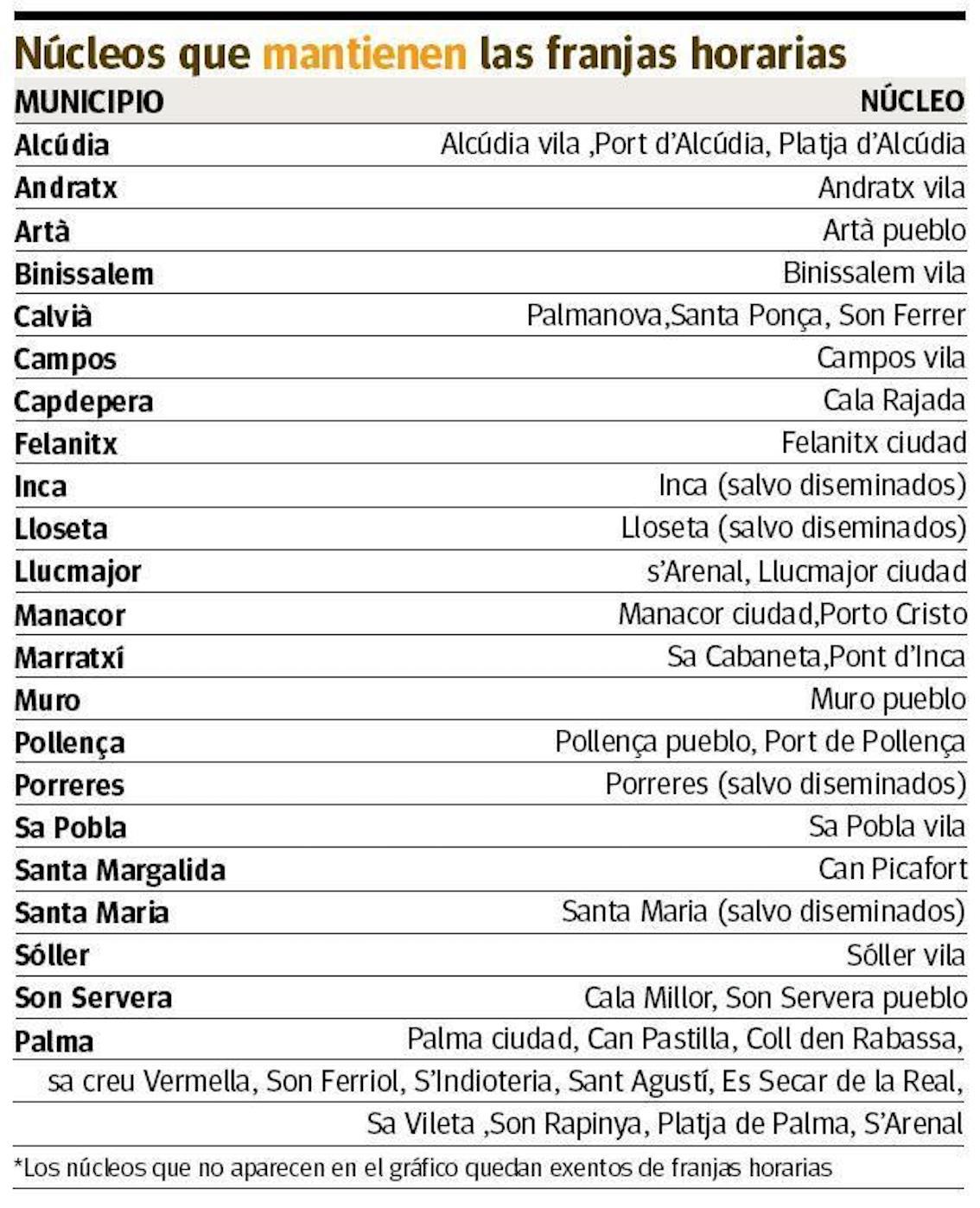 It should be noted that, for adults, these times are for "exercise", albeit there is no time restriction regarding, for example, going to a bar.