A handful of beach bars at the Dutch coast unpacked their sun beds and started serving cocktails to customers as temperatures soared this week, only for authorities to warn them to stop until June 1 or face steep fines.

Frustrated owners and beachgoers fumed, but returned to take-away coffee and packed lunches.

In several European countries, confusion about the rules threatens to spoil the joy of once again being able to spend a day at the beach.

“It’s confusing because some cities allowed people to rent beach beds and others prohibited it. So it is difficult to know what you can and cannot do,” said Bartjan van den Beukel, who works at beach club Breez, near The Hague.

After nearly 10 weeks of lockdown, a complex list of do’s and don’ts will go into effect at the start of June, when public holidays could see a surge in visitors to the seaside.
Besides trying to keep customers 1.5 meters apart, Dutch restaurants, including those on the beach, will only be allowed to accept online table reservations and will then have to check clients for COVID-19 symptoms.

“You can ask people how they feel, but we’re not doctors, so for us its not easy to see if someone is sick or not,” he said, “And how many times do they need to cough or sneeze before you say: ‘you need to leave’?”

Dutch beaches remained open during the country’s “smart” lockdown. Restaurants were allowed to serve takeaway, but not to rent out beach beds or allow customers inside. In Spain by contrast, beaches were mostly closed during lockdown but now in most areas people are allowed to walk and run, but not to swim or sunbathe. 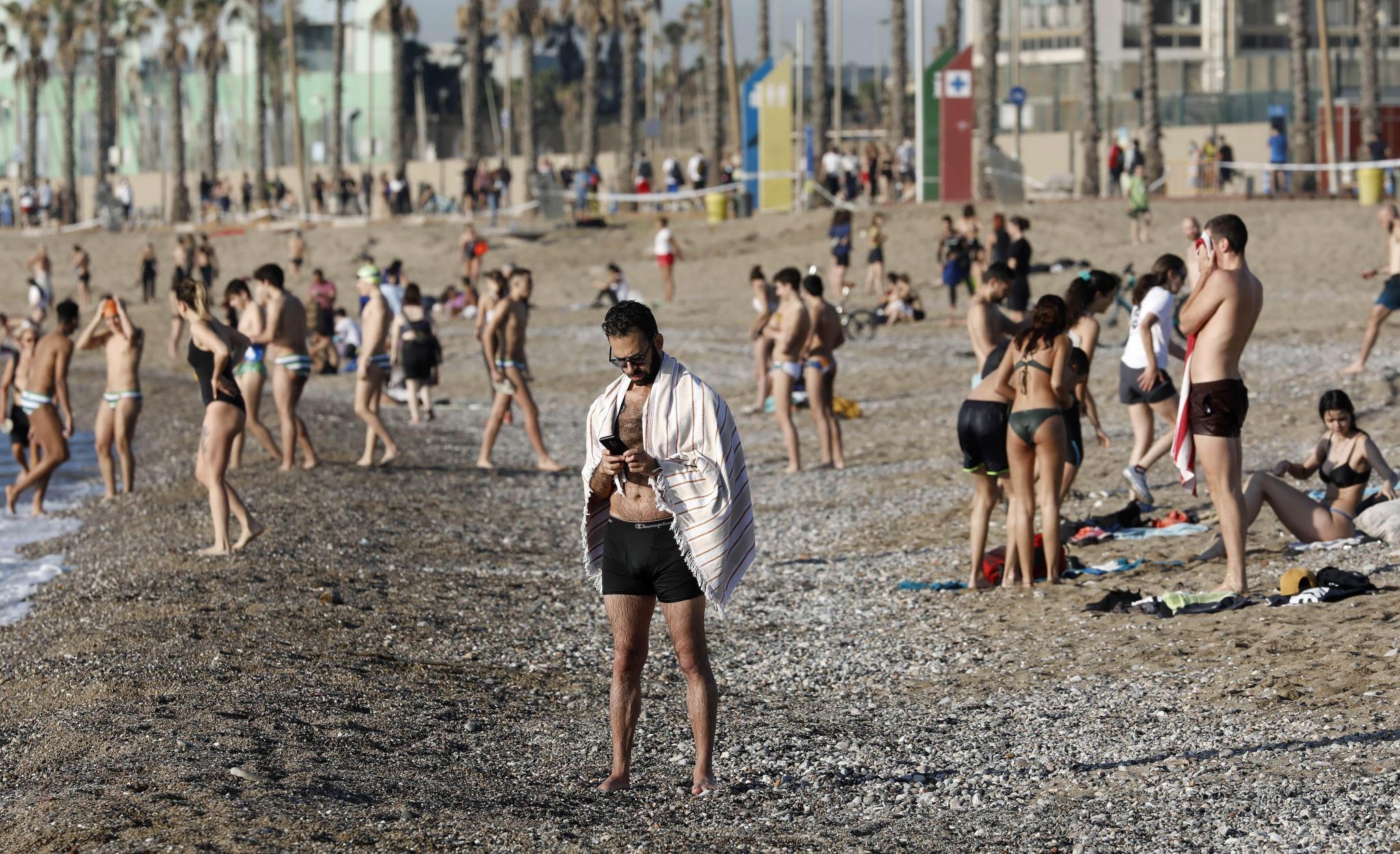 Barcelona reopened beaches on Wednesday and attracted huge crowds, who widely ignored the swimming and sunbathing bans. In the smallest Canary and Balearic Islands people can sunbathe and swim, but must apply social distancing. In Portugal, where temperatures neared 30 degrees Celsius over the weekend, some people tried to go for a swim before it was officially allowed from May 18 and were told off by authorities.

The confusion seems to have been caused after Prime Minister Antonio Costa announced on Friday beaches would open on June 6 but then a government decree published on May 17 stated people could go to the beach from the beginning of this week.

Groups will in any case have to stay 1.5 metres apart, sun beds may only be booked for the morning or afternoon, and beach sports of two people or more will not be allowed. “We have clients who have been coming here for more than 30 years and they are used to book the sun beds… the half day rule won’t be easy,” Claudio Vieira, who manages a business at a beach in the southern Algarve region, told SIC television.

A new app is supposed to help avoid crowding by warning which bathing spots are full, but some municipalities have already expressed doubts it will be effective.